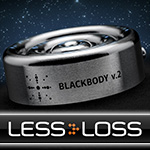 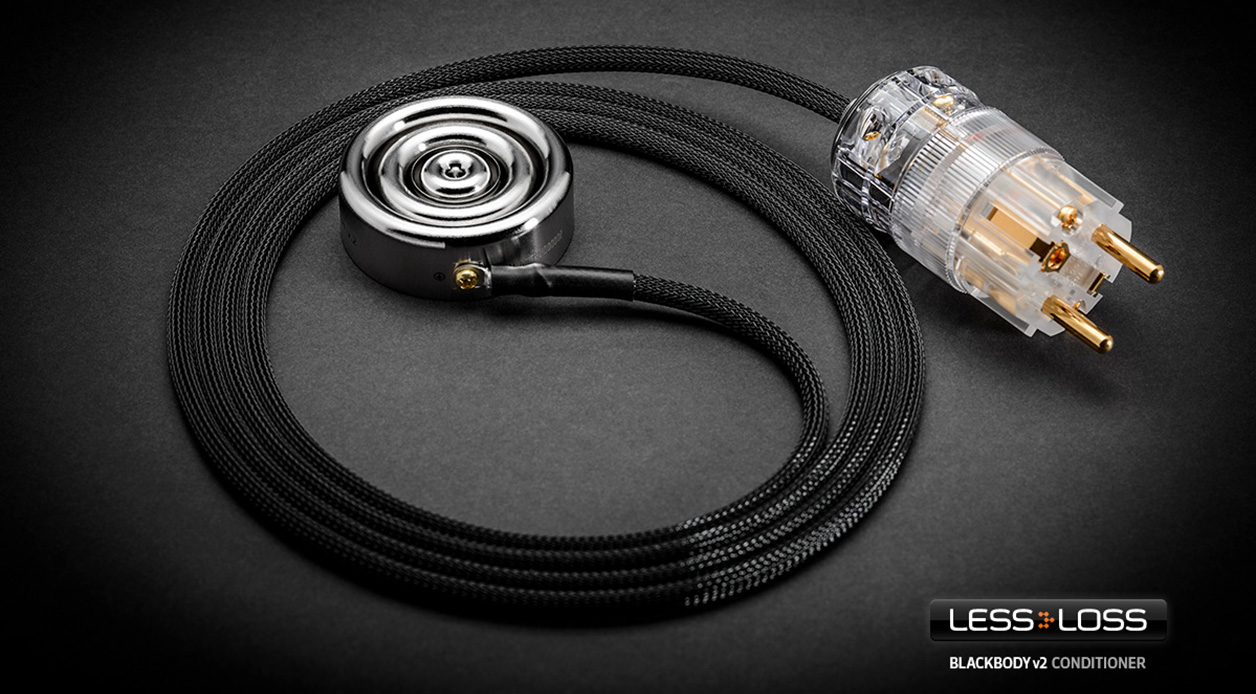 Ambient field conditioner. Not a movie from Amblin Entertainment, about aliens 'n' stuff. No levitating bicycles. For levity, your hair may still see lift-off from the concept's hot air blowing in from a faraway sun. No longer have hair? Roll up your eyes instead. With their track record, LessLoss products simply resist such antics. Main man Louis Motek is fully cognizant. Lack of a plausible theory tends to scare off science-based shoppers from devices whose mode of operation remains entirely shrouded in mystery or proprietary. 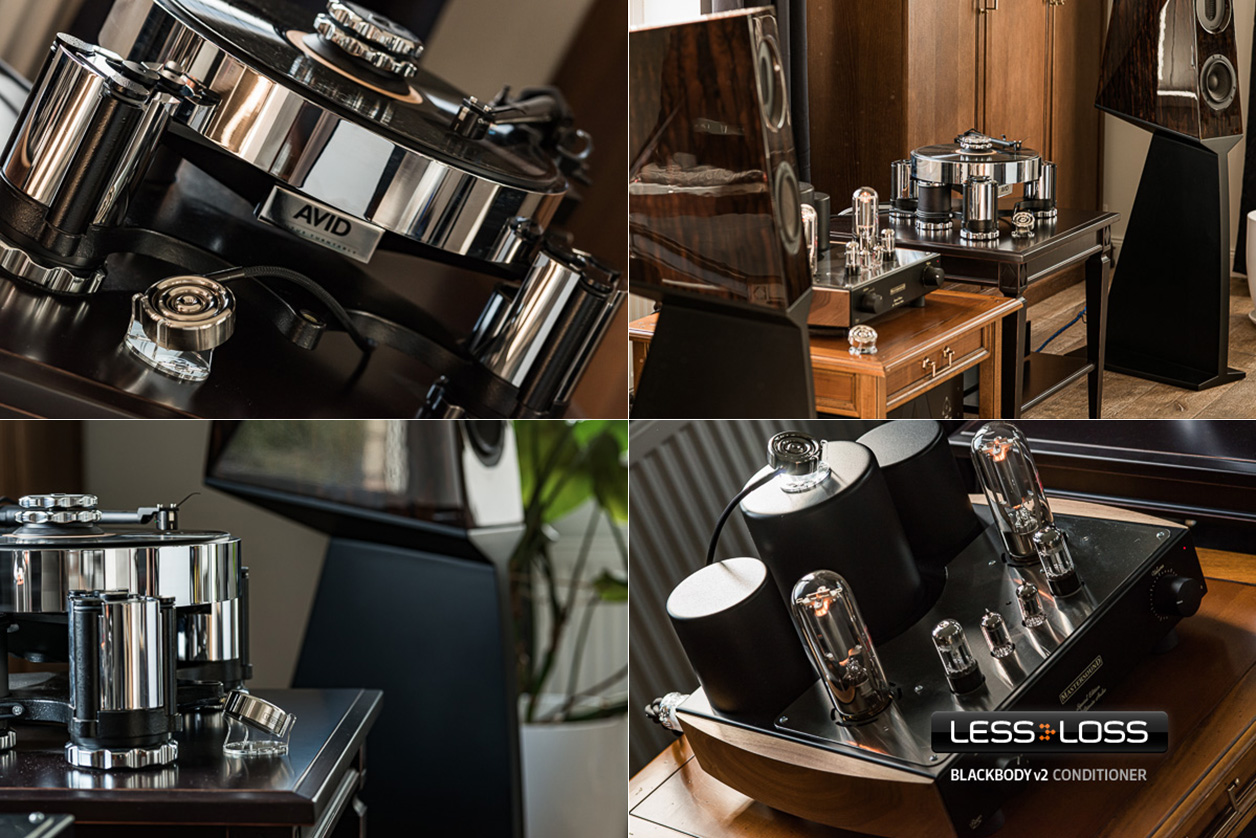 So today's Blackbody v2 comes with a long string of theory. Read it all here.

To reduce Motek's string to its essentials, we type in solar wind/flares ⇒ influence of high-energy cosmic radiation on electronic components ⇒ creation of an absorber to reduce our electronics' exposure to it.

Once we've made a link between the faraway and close at hand, we're prepared to educate ourselves on how ionic radiation enters our planet. That leads to directionality and angular focus. Hence there was an optimal direction and angle at which already the original $959 LessLoss Blackbody worked. Listeners had to experiment by ear to figure out just what that direction and angle were for their specific location. It led to the original's eventual demise and v2's changed shape and support to guarantee top effectiveness.

What is a blackbody? A theoretical material or device which absorbs electromagnetic radiation no matter its frequency. Such a device would reflect nothing back inside our visible bandwidth. It'd look to us blacker than black for its utter absence of light. "Our device is a specially formed array of concentric reflectors whose total emission pattern approaches an ideal blackbody." Getting our feet back on terra firma is learning how the Blackbody v2 can connect to the ground pin of our AC wall outlet; how multiple units can daisy-chain to take up only one AC socket and string out the joy. 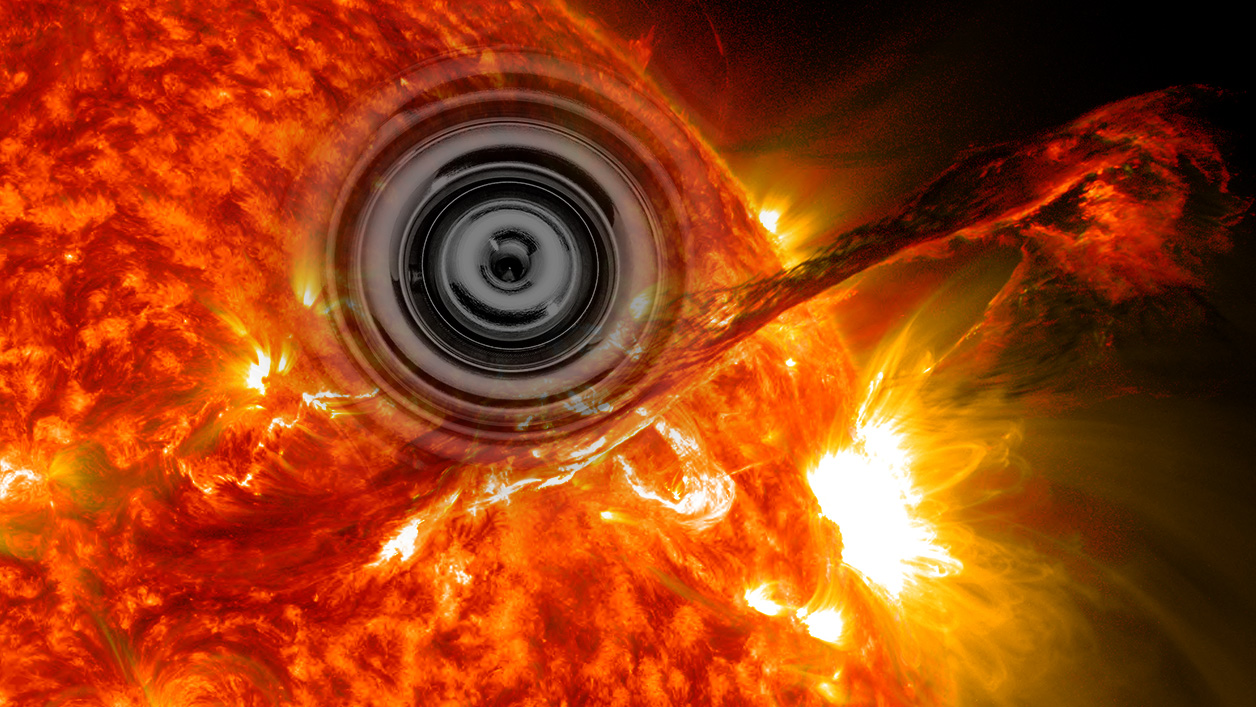 Are we really immune/disconnected from and not influenced by this solar activity of electromagnetic and ionic radiation? How about our equipment?

The BBv2 purports to address a—the?—as yet never addressed reason why our sound fluctuates despite effective AC/DC conditioners and zero hardware/setup changes. Among advanced listeners, that constant flux is a shared pain and frustration. Louis has chased probable cause to eventually suspect the sun's always changing surface conditions and how they expose our planet and gear to constantly varying ionic bombardment guided by our earth's magnetic field to generate the auroras at its northern and southern poles. The Blackbody v2 is his attempt at calming the immediate sphere of our most sensitive components by setting up a trap. Solar energy disturbances in our environment enter his discs but never come out again. Hence ambient field conditioner. In simplistic terms, that's the concept.