6moons in video format. Louis asked how we watch movies. Then, "I'll suggest a type exploratory evening out. Connect your Firewall for Loudspeakers to your German Physiks HRS-120 speakers. Connect your 1m C-MARC Entropic power cord to the Bluray player. If possible, connect another C-MARC Entropic from wall to power distributor. If yours is of insufficient length, use it on the 40" screen. Take the 9 Blackbodies and connect them all in a chain and one to a grounded outlet of your distributor. Set all Blackbodies facing North on their stands anywhere around the video system. It really doesn't matter where. It only matters that they face North and are on their stands.

The Blackbodies shipped in this locking flight case. Because the grooved fronts aren't sealed, Louis advises to treat them with "the care you'd afford a €4'000 camera lens" relative to abrasion and contact.

"Then watch a movie. It doesn't have to be one you already know. But my suspicion is that if you think you know it well, you'll see that you actually didn't. There's something about the 'umbrella' effect which allows such an open window to more clearly perceive encoded info. I know your site isn't a videophile resource but give it a go. Everything applicable to the audio world is applicable to vision. Even streaming YouTube videos becomes a you-are-there experience. The exact opposite is going to a highly metropolitan area such as New York or Los Angeles and visiting an Apple store to see the latest high-res products powered by the same power which operates nearby stock exchanges, presidential ad campaigns and millions of computers doing God knows what in a high-frequency heat-producing fashion. Let's say you're captain of a sense-seeking boat. You're in uncharted waters and it's late evening. If all this EM activity generates fog penetrating your field of vision to affect your making sense of things, the Blackbody is like a lighthouse. At least it gives you the contours of the dangerous rocky shoreline and then your actions can be informed."

To kick off, I docked very close to the shoreline in an extreme near-field setup for quasi headphone immersion. 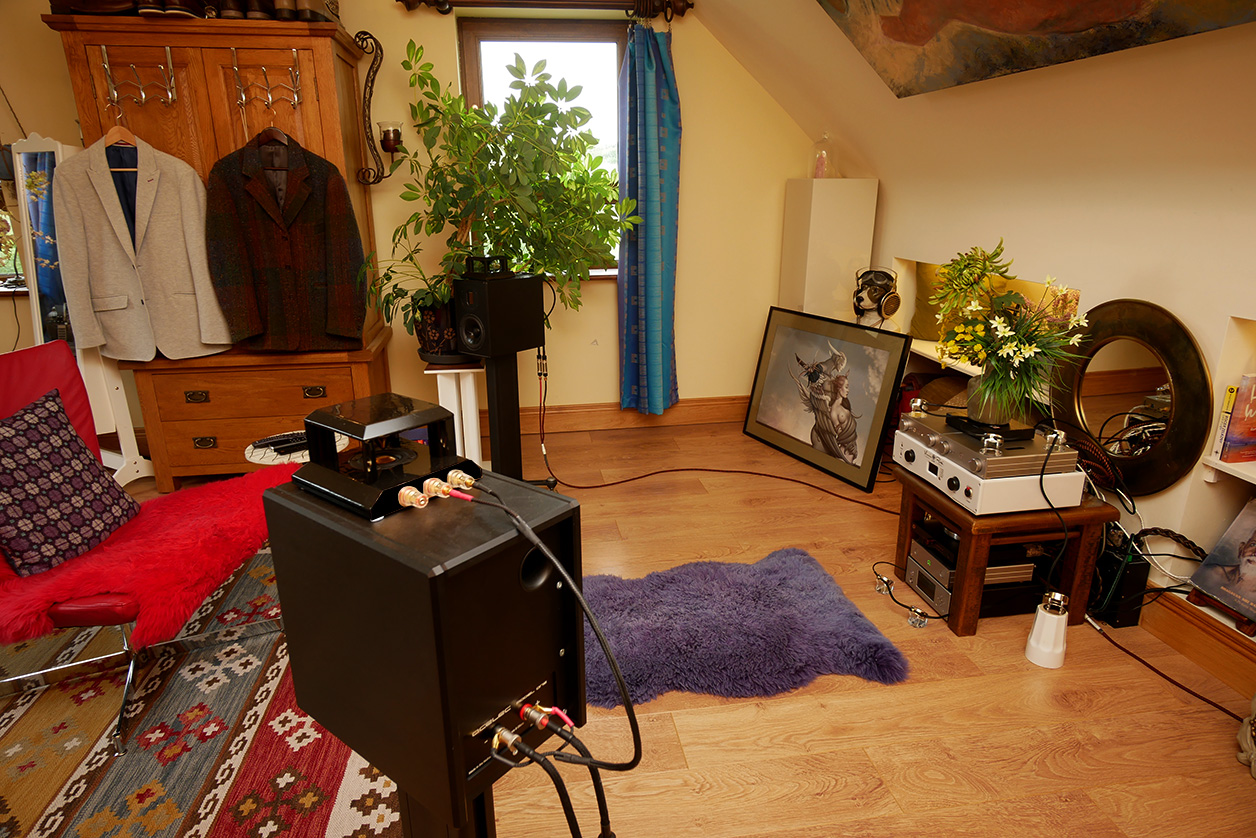 For Lithuania's ionic traps, I circled the wagon. Two sat on the floor facing the stack below the footstool. Two sat on the sides elevated on inverted Ikea cups. Four sat top deck, the last one behind the VInnie Rossi AVC preamp on the footstool. This covered four directions at four elevations. LessLoss ground wires of different lengths strung the lot together and the last one behind the gear plugged into our Puritan Audio Labs PSM156 AC/DC filter. All faced due north as much as cable drag allowed. 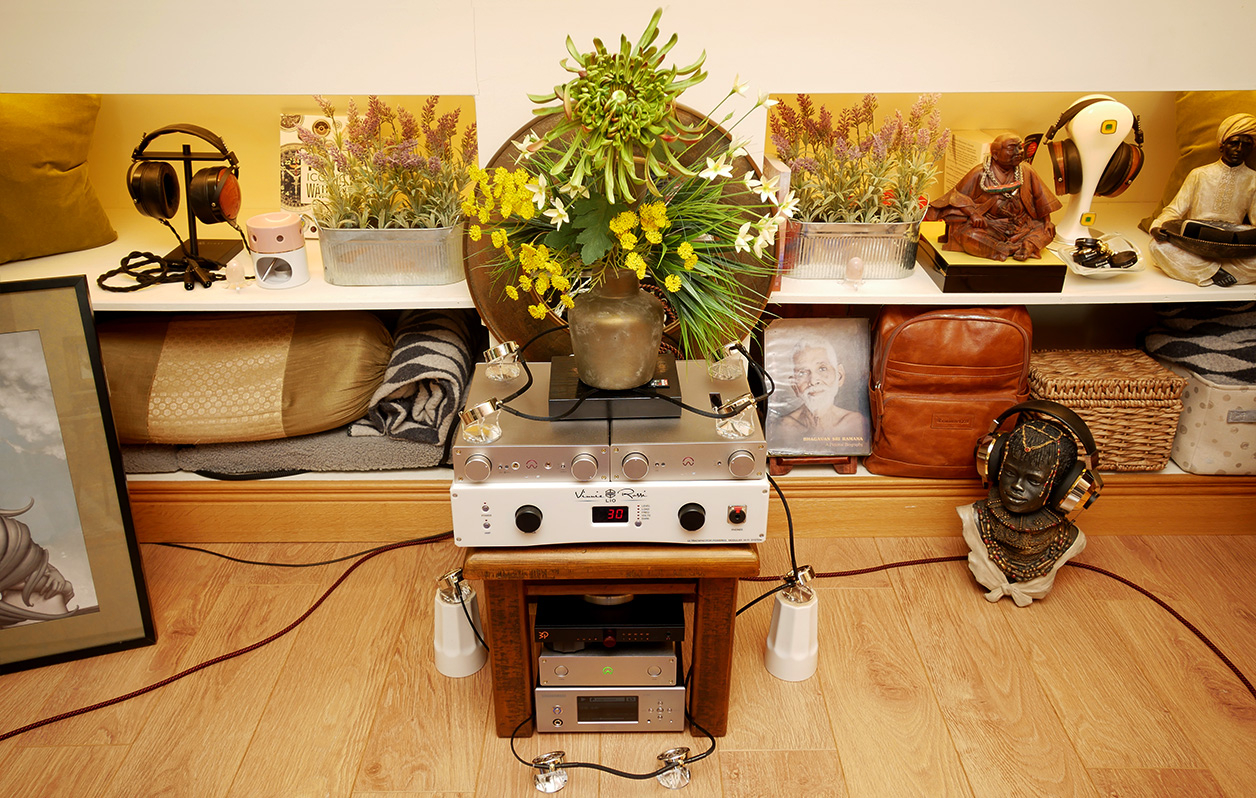 Letting this settle in for half a day, I had my first session in the evening where Ivette joined. We both heard that the Blackbodies definitely did something then attempted to put our personal perceptions into words. Emphasis on 'attempted'. I'd leave it in play for a while, then remove the lot, return to normal, describe the effect in now hopefully comprehensible clear language. Afterwards the fearless Nines would hustle downstairs to face the music in two other systems. Would the effect repeat, increase, diminish or change? Hearing difference isn't that hard. Explaining it when it's so unfamiliar is.