MO. To use his BBv2 most effectively, Louis designed plastic cradles whose precise angle is cut to order. Using our shipping address, Louis emailed the below rather old Google Maps screen shot to confirm our house. He had the right one, just without any of the mature trees which line our driveway now.

With his next email, he forwarded a PDF showing that for our location's latitude, the cradle's angle would be cut at 36.27°. For proper alignment to the north star Polaris, I'd only need a compass. Whilst a smartphone app will show you the approximate direction, he'd include a proper compass for higher precision that avoids GPS/satellite offsets. 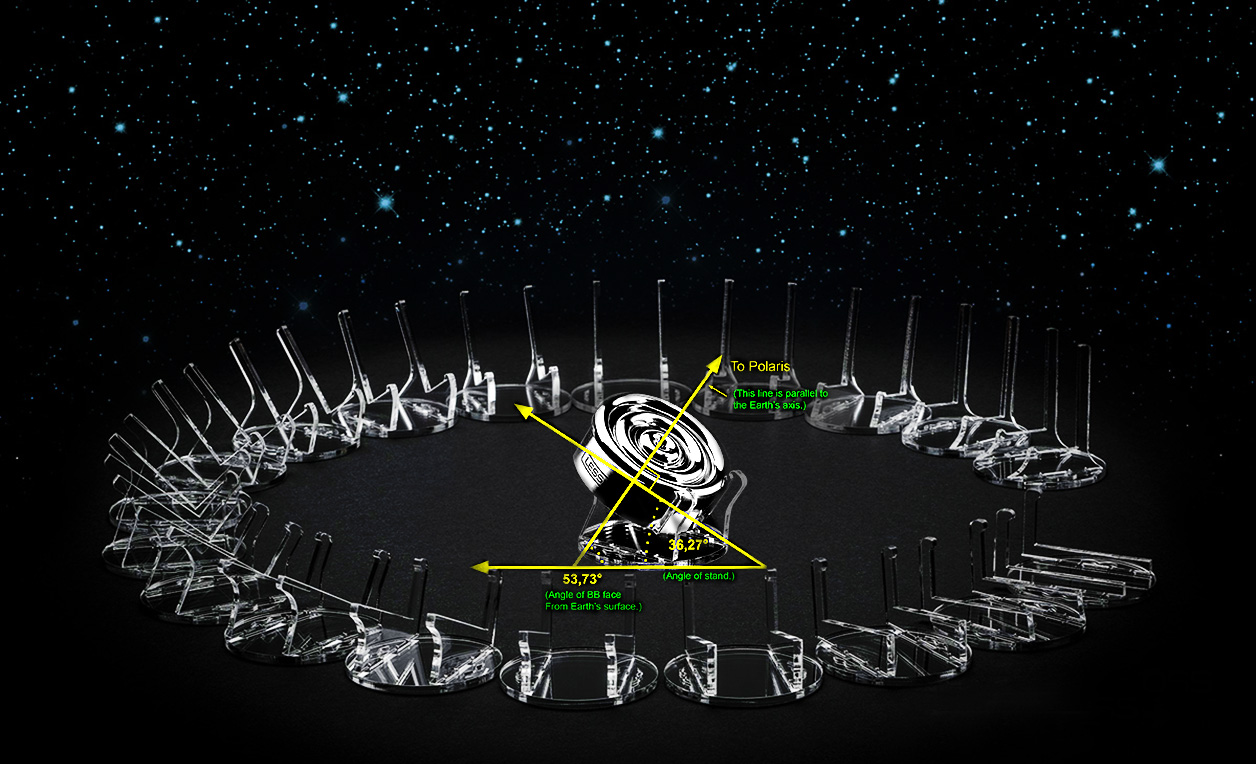 That his concept render looks distinctly megalithic is no coincidence. Whilst different theories abound as to why constructs like Stonehenge were originally built, there's no dispute that many such ancient structures orient precisely at specific celestial formations. The latest research calls Stonehenge a very sophisticated computer in stone with which to calculate/predict not only solar events including the precession of the equinoxes but also lunar occurrences to help synchronize solar and lunar calendars and enable interpolations for each.

With your Blackbody v2 arriving with plastic cradles custom cut at the right angle for your location, they give new meaning to the term precision alignment. 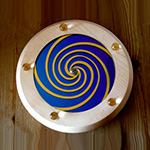 Some will find all of this rather too far out.

But you'd expect another reaction from a man who named his small business 6moons.

Actually, I was curious whether and how these discs might register on our sense of well-being. Our household exploits numerous things whose exact MO remains mysterious but whose efficacy we experience. They include Franck Tchang's acoustic resonators and various Tachyon products acquired from Le Papillon Bleu boutique in Vevey where we used to live. We use their Pharos II at left in our lounge and other items on our cellphones, computer monitors etc.

Running water from small indoor fountains or amethyst geodes are less mysterious but just as effective when it comes to feeling good. Ditto for no WiFi and mice, keyboards and router connections that are hardwired instead. Ditto for an old-time landline telephone to limit smartphone use to just the car.

Would the LessLoss discs also work on that level? If so, it'd be impossible to separate it from pure sonics. Whenever we feel good, our systems automatically sound better than spinning tunes whilst we feel depleted, depressed, tired or bombarded by radiation like in a busy Internet café, under flickering neon lights or facing an Electric Avenue display of 20 large-screen televisions with their brightness and contrast set to max. That's common sense. Harmonious interiors, plants, natural light, supportive colors and more all factor in our listening dens. That falls under proper Feng Shui. If our listening spaces make us feel good just sitting down well before we hit 'play', half the battle is won already. 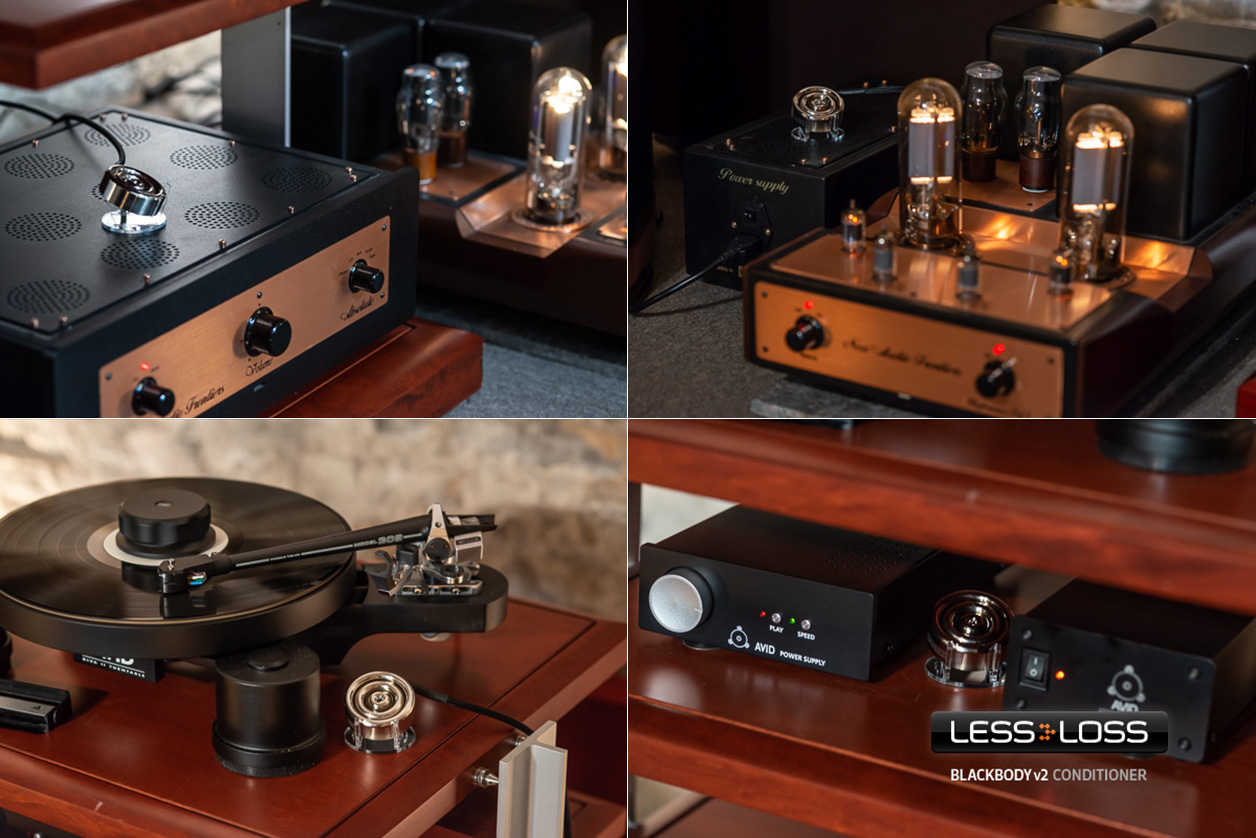 For more on regular solar activity and its cyclical nature to round out the Blackbody v2 concept, there's this CNN news report. My next news items was a note from Louis. Nine Blackbodies were en route to Ireland replete with stands, ground leads, one ground-to-AC cable for the final wall connection of daisy-chained ionic traps and one compass to orient them precisely north.