Delivered in the typical double-boxed carton with protective foam liners, the silver CDT2 MkII emerged as quite the weighty battleship. For an inside look, the top cover with its captive sliding lid and trigger spring for 'closed, start reading' obviously had to come off. 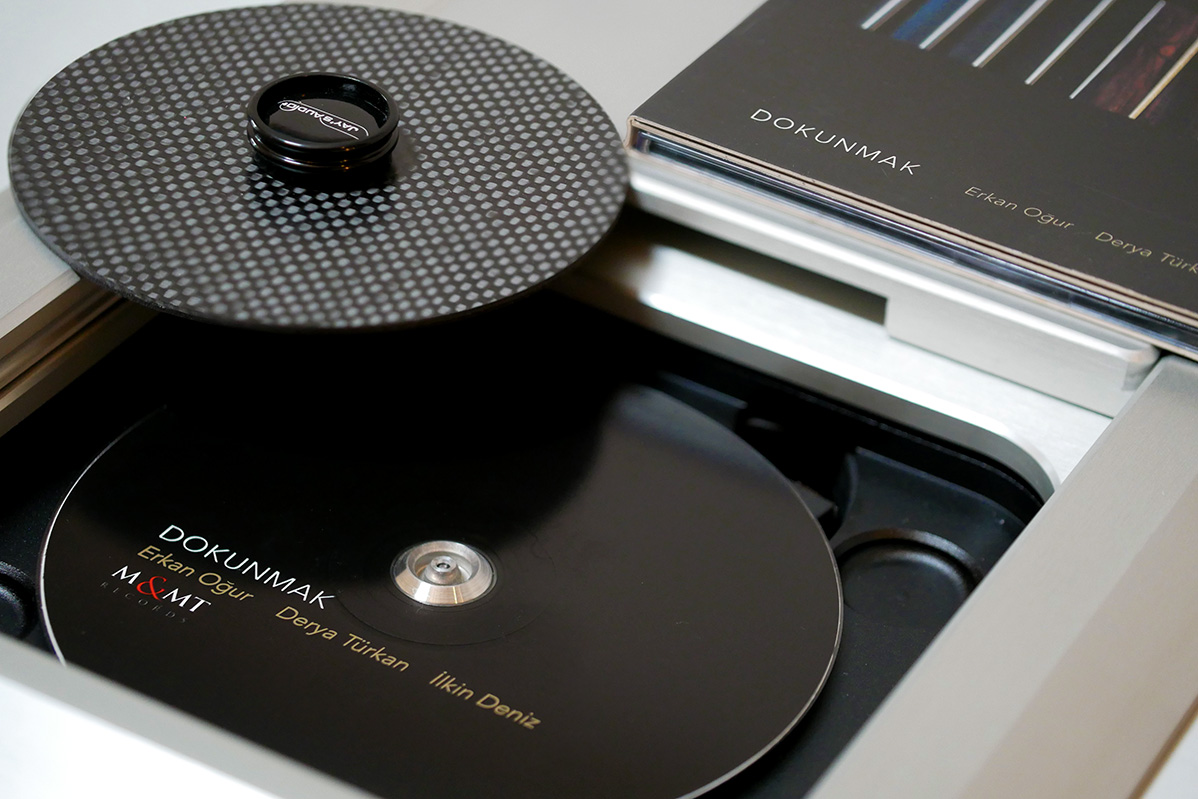 Eight hex bolts later, top carefully slid out of its fascia groove whilst paying attention to the trigger switch wiring, one sees the full CD tray atop four beefy aluminium pillars like a throne. With the CDM4 mounted to the tray from beneath to also cover up Jackie's green board for it, the mechanics stay out of sight. In sight are the inline Schurter AC filter, the twin potted Noratel toroids and the red motherboard with sundry voltage regulators, Crystek CCHF-957-25 clock and Philips housekeeping ICs. 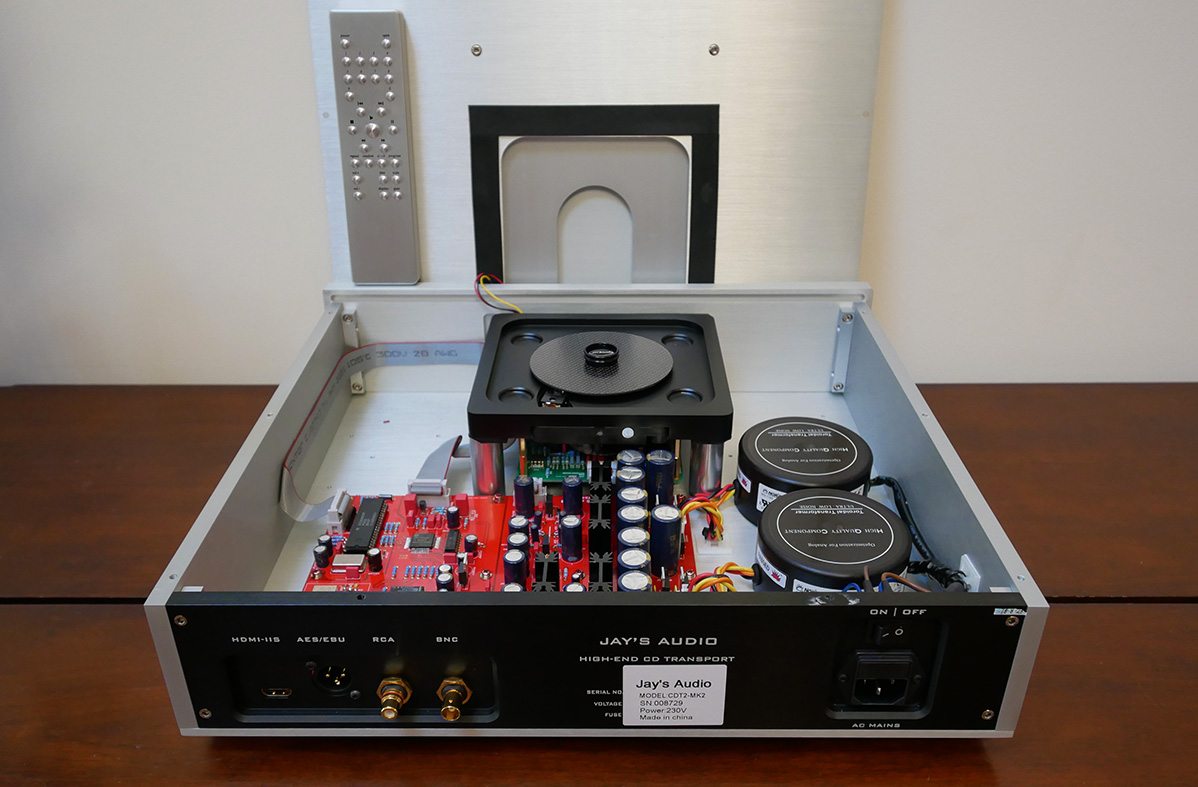 Here is the full visual tour. 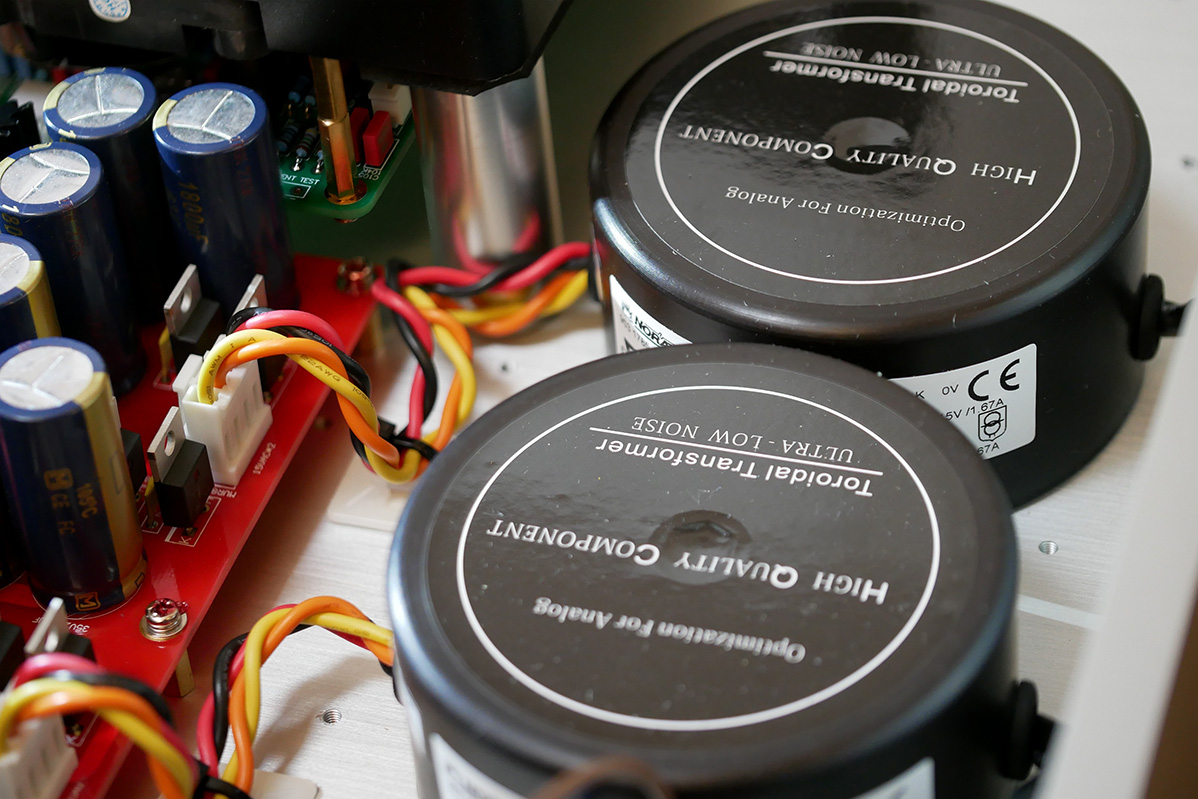 Voltage regulators with their signature vertical heat sinks are plentiful.

To the uninitiated, for a pure transport this could seem like a deeply overkilling-it power supply. After all, a half-sized player like an April Music Stello adds a full converter module and output stage in far less space whilst a wiggly laptop drive does the same basic job with still less. 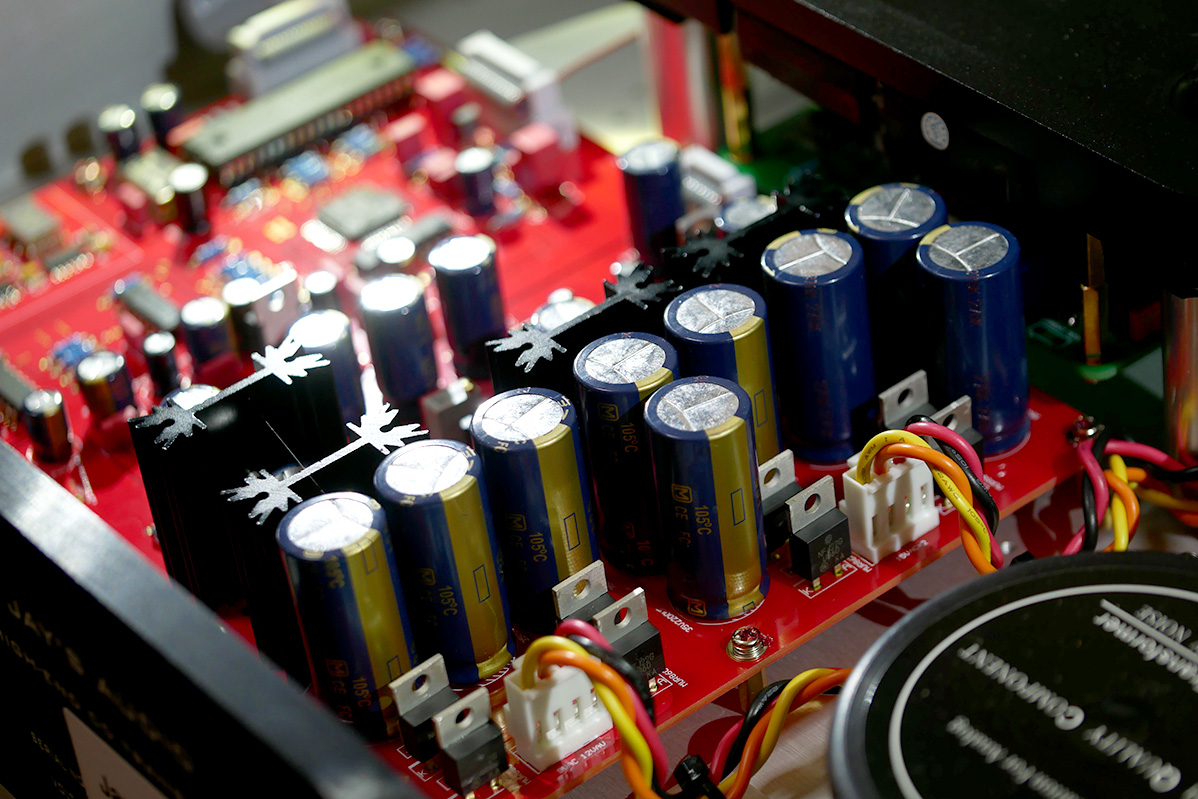 But then high-end hifi is famous for rewriting the old real-estate mantra from "location" to "power supply". Say that three times fast. Voilà, perhaps the core feature which distinguishes top hifi from the entry level. 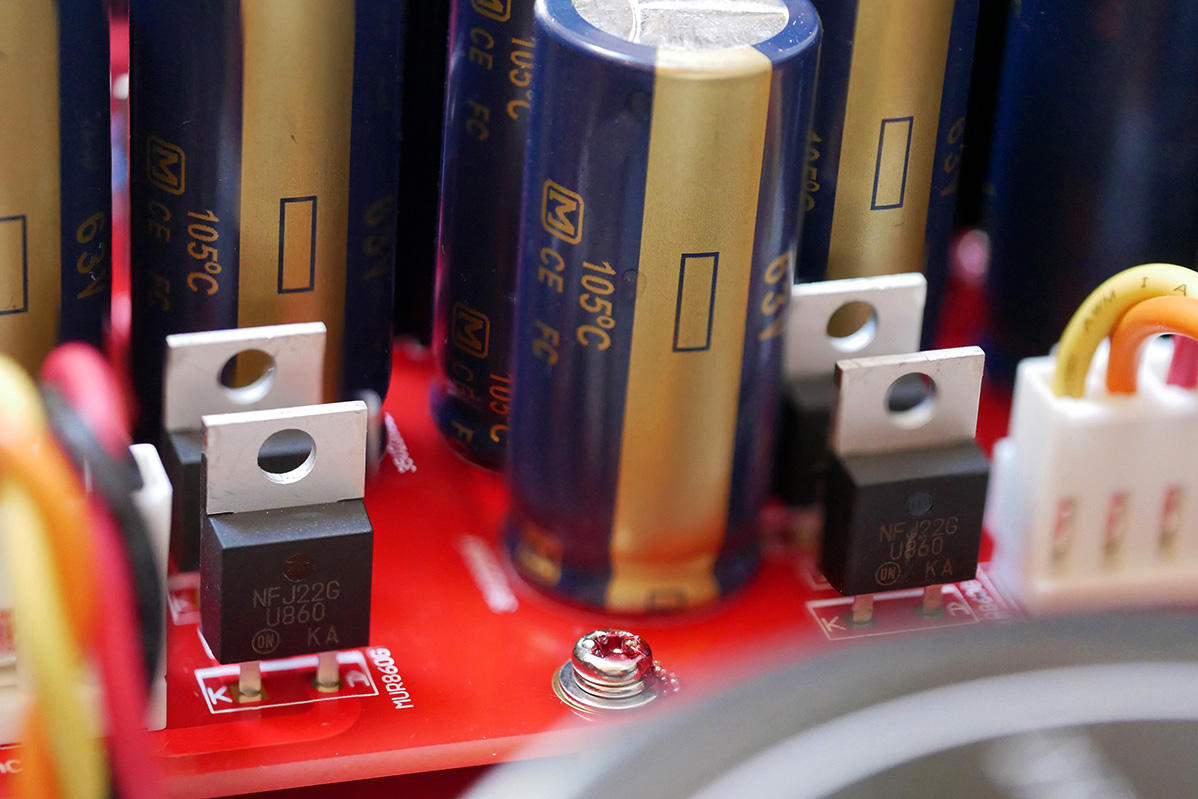 With a thing as potentially jittery as a constantly moving laser tracking microscopic data whizzing by at 500rpm near the centre and 200rpm at the edge, the removal of all interference including electrical noise is key. Hello capacitive filtration. 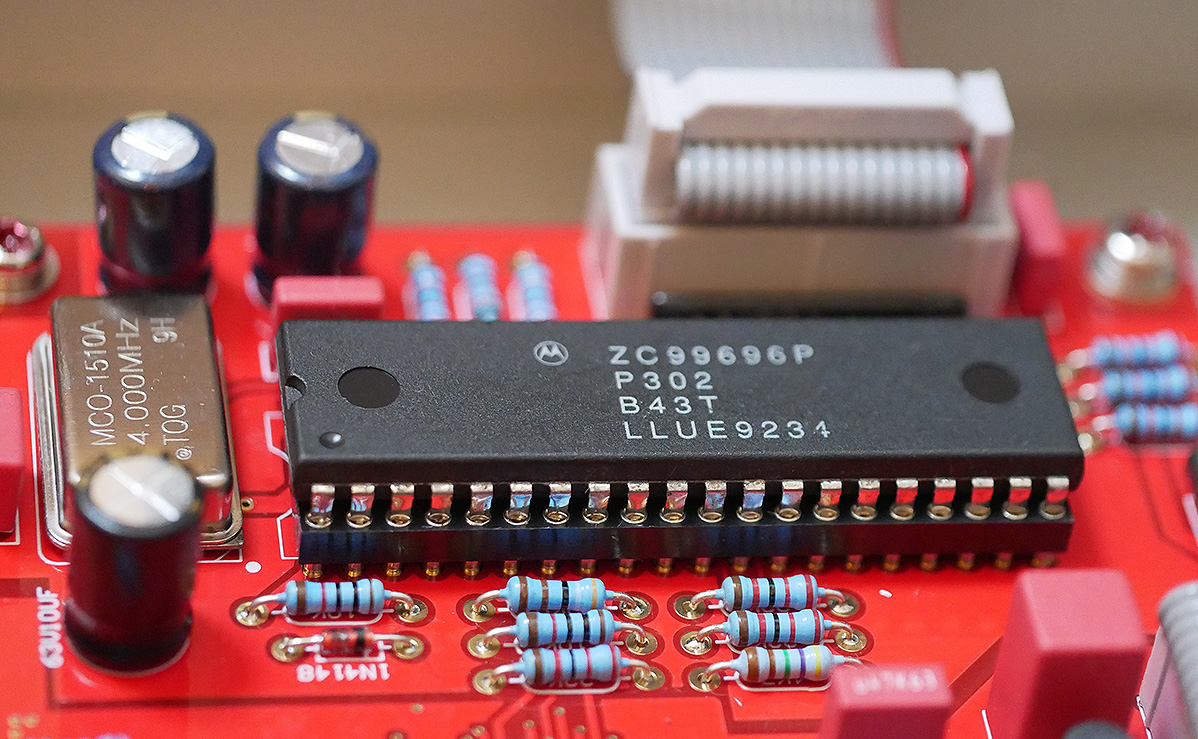 Like a turntable's pickup moves across the record's surface to follow the ever-shortening spiral tracks from the outside in, so a disc spinner's head must follow its tracks from the inside out. This closeup shows the channel in which the optical pickup travels. The overlay is a voltage regulator in closeup from the main board. 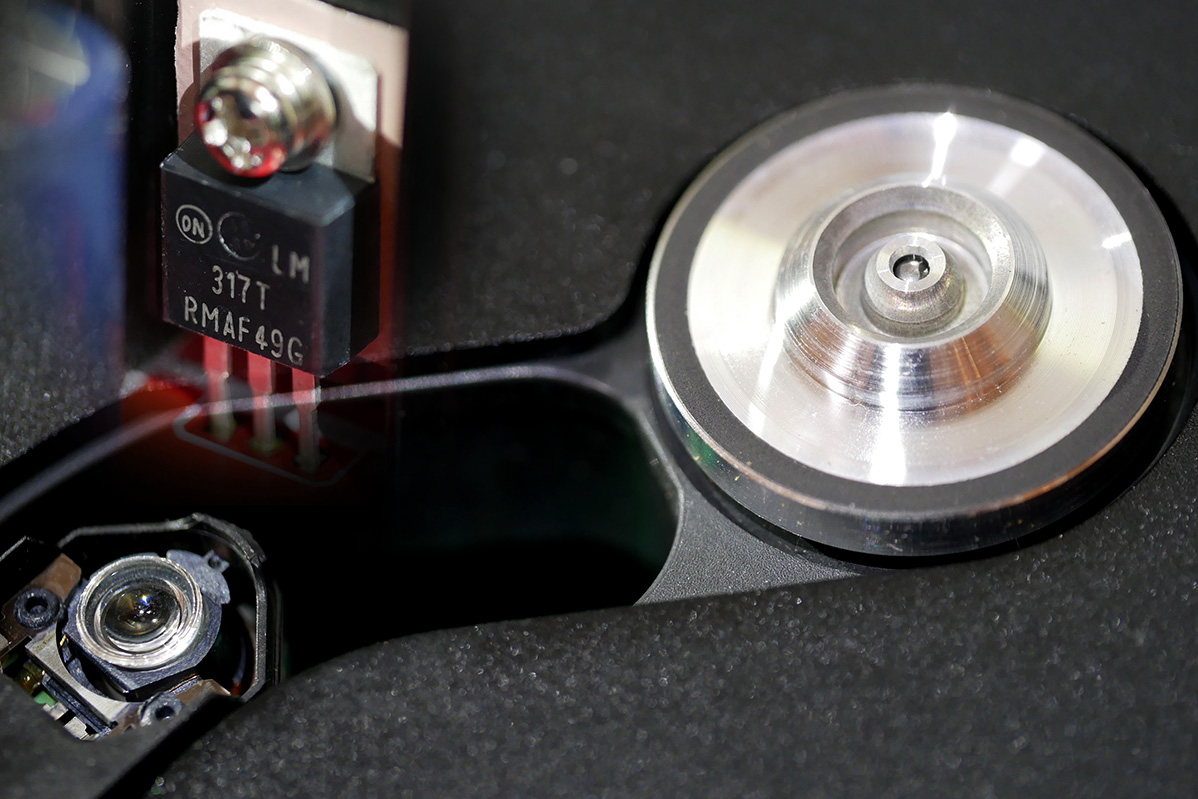 But it all starts at the wall with raw utility power. Before that sees any rectification and stabilization, the first thing the incoming AC encounters is this sealed filter box. That echoes another mantra. Cleanliness is next to godliness. Remove all possible noise, minimize voltage fluctuations, make all the circuitry work as easy, stable and relaxed as possible. The less error correction a disc reader invokes, the better the results. 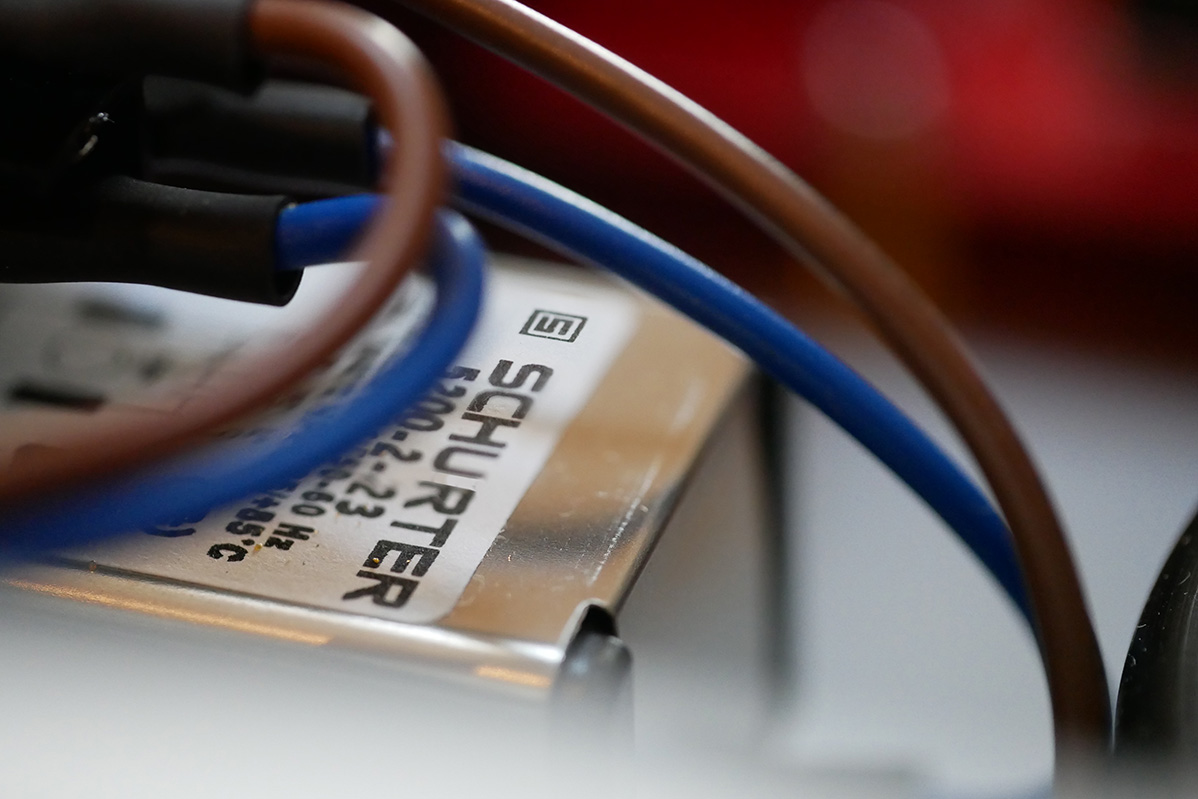 In a nutshell, that would seem to be the CDT2 MkII.