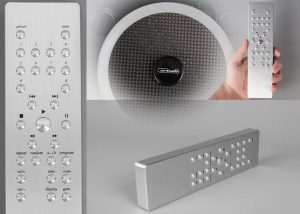 Small print. The last time I spun CDs outside reviews goes many years back. Transports I owned back then included top loaders by Accustic Arts and Zanden. I'd reviewed the Ensemble Dirondo and Weiss Jason. Getting subsequently into PCfi had been part of the reviewing job. It's where things were inexorably headed. Having satisfied myself that good sound could be pushed down the USB pipe, I eventually divested myself of disc spinners. Still, my wife retains two Aura Note CD receivers. Their Sony top loaders grace her art studios. Yet our CD collection has long since moved into storage. Those heavy boxes have traveled with us through many a house move. At sundry Munich shows since, I'd still buy a stack of exotic CDs from Ludwig Beck's top floor on the Marienplatz. Back home, I'd immediately rip them to the iMac's FusionDrive, then store them. That was before Qobuz and Tidal covered the same genres more comprehensively online. Today I hardly ever buy physical media. I buy downloads from BandCamp, Qobuz or Tidal instead. I much prefer owning music over renting access by subscription. Those services I mainly use to discover new music or to have some ambiance at the work desk. The days of burning custom CD compilations for friends are finished too when I can instead bring over a USB stick with far more files. Who doesn't own a computer?

But, off the iMac, I still burn playlists to 80-minute CDR for Ivette. She prefers keeping her computer and hifi separate while she works on multiple big image files for her layered photo montages. Today's assignment thus had me curious. After all these years, how far had our USB audio installation really come? Did my best-case scenario of streaming SD cards from a super-cap powered transport still leave crumbs on the floor? Would Jackie's CDT2 MkII teach us a thing or two? Would it simply offer an alternate view on familiar sonic scenery?

Going in, I viewed this as a personal reality check. Also, I wanted a present-day update, a refamiliarization of sorts, on how that other half lives. You've heard of them. They continue to staunchly disavow computers for hifi. They still swear that spinning polycarbonate discs goes beyond even the fanciest of streamers. Such folks may own Métronome Kallista level transports; equivalents from mbl, Esoteric, Nagra or C.E.C. Whether they've given commensurate file playing truly a chance I haven't the faintest. I do know that millions of CDs didn't suddenly evaporate to become unplayable. In fact, at the day of writing this, Métronome's Jean Marie Clauzel sent me a PDF of their new €12'800 AQWO. That's a CD/SACD transport with integral dual-mono AKM AK4497 DAC. Clearly the market for take-no-prisoners disc transports was alive and well regardless of actual size. On price, Jackie's simply didn't aim as high. Nor did this model include a DAC or SACD playback. This rather neatly identified its target audience. CDT2 MkII as a poor man's stripped-down Métronome? Not that I'd find out without a Métronome or equivalent competitor. Unlike Terry London, I had none on hand. My focus would be on physical versus virtual media.

But first, some background on the CDM4 versus CD-Pro2. Even diehard streaming listeners have heard of the latter, perhaps from machines like the Levinson N°37, Zanden Model 2000, Nagra CDT or Burmester 069 which modified it with a C.E.C. sourced belt drive. As I put it to Alvin, "the CD-Pro2 has all the reputation, few know about the CDM4, its mechanics, reliability, availability etc. Readers will want to know more from Liu about the CDM-4."

Here is some Enco history. The CD Pro modules ended with the 2LF version at right which was backward compatible with the CDM-12 Industrial, CD Pro1, CD Pro2 and 2LF but not the CDM3 or CDM4. "The CD Pro2 was part of a family of CD player modules designed by Enco and Philips to be elegant solutions for jukebox and hifi applications. The CD Pro design was stable for over 20 years. The CDM12 Industrial of 1994 was the first generation. The CD Pro of 1997 succeeded it and introduced a second polished stainless-steel guide rail for the optical sledge and a 1:1 gear ratio over the earlier 3:1 ratio for improved sledge movement. In 2000 this evolved the electronics of the module to Pro2 status with the introduction of the CD10 integrated decoding system for better error correction and improving performance on marginal and out-of-spec discs. The Pro2’s optical pick-up unit was changed to a 9mm light pen not compatible with the CD Pro1. The 2M of 2003 again changed the optical pickup to be compatible with CDR and CD/RW and added a 24/192 capable DAC plus firmware which would play copy-protected discs. By 2006 the final 2LF version complied with the new European RoHS hazardous materials standard where LF denoted "lead free"." As one learns on this site, the CDM4 was available in many variants, most of them with a composite resin top although some had cast plates like the CDM4/53 and CDM4D. Philips used versions thereof from 1986 in their CD160 player to 1992 in their CD850 model. Marantz used the part until 1993 in their CD16 SE player. 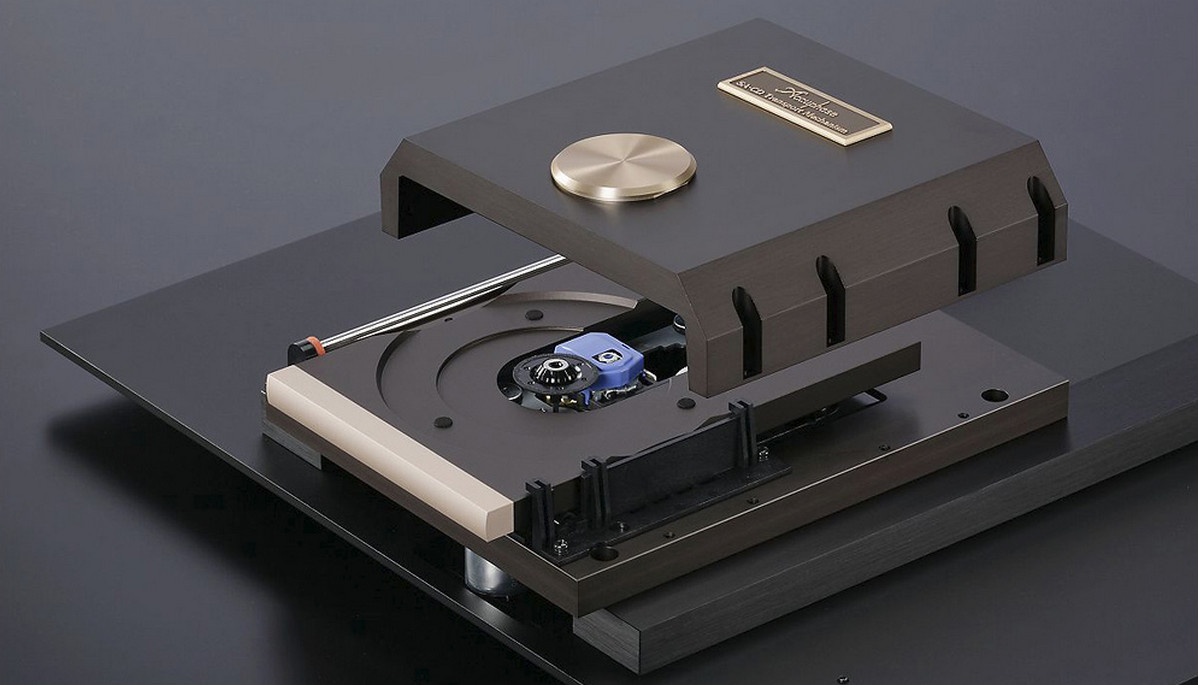 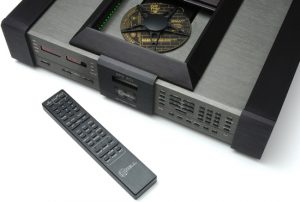 Thinking of 2018's CDT2 MkII as retro-fi since its mechanics are 20+ years old—albeit NOS like never-played tubes—wouldn't be frivolous. Its spinning platter dates back to a time before most commercial CD transports became ever more plasticky. See Krell's stout KPS-20i CD player with optional preamp which used the CDM9 Pro mechanics [$9'000 for the CD-only version in 1995].

The move to ever cheaper transports eventually made Esoteric's VRDS range the trend's core resistance fighters, hence quasi Philips successors of dedicated mechanically rigid CD drives as a high-end/high-performance alternative to the jittery computer-sourced CD-ROM/DVD affairs taking over. Today Accuphase [see above], C.E.C. and Luxman still manufacture their own super-robust sleds. Denon and Yamaha build their own for their CD/SACD decks. In Austria, Stream Unlimited continue to develop purpose-designed physical disc mechanics. In France, JMF Audio build what should be the most ambitious universal mechanism ever attempted [bottom of page].

It's telling that particularly Japan's insular music culture would continue to hold dedicated digital transports for physical media in high esteem. Perhaps time moves more slowly there and people are less quick to discard proven technology. In the West, some holdouts are Accustic Arts and mbl in Germany (both CD-Pro2LF), Nagra (CD-Pro2LF) and Soulution (Esoteric/Teac) in Switzerland, Métronome (CD-Pro2LF) in France. To obtain something mechanically superior to ubiquitous DVD slot drives nearly invariably means a costlier deck from an upscale brand. The UK's Rega are a rare 'middle class' exception. Now we have a bit of overall context to drop Jackie's machine into. 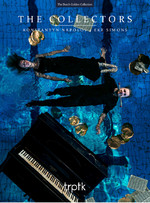 Just then Brendon Heinst's email arrived. "It delights us to send you our latest work for review, The Collectors by percussionist Konstantyn Napolov and pianist Eke Simons. The album comprises four pieces written for the duo by award-winning contemporary composers Jan-Peter de Graaff, Yannis Kyriakides, Moritz Eggert and Samuel Penderbayne. Music for piano and percussion can be more expressive and explosive than any other duo imaginable. The beautiful sonority of a big Fazioli grand piano combines with the raw force and timbral structure of a giant set of percussion and even some electronics here and there… The recording was made by TRPTK in 32bit/352.8kHz DXD… with state-of-the-art kit like Merging Technologies DACs, Sonodore custom-built microphones, Furutech custom cabling, KEF Blade Two speakers and Hegel H30 amplification. We'd love to hear your thoughts and opinions on the album. I'm attaching download links for all possible resolutions from 24/44.1 to DXD and DSD256 in stereo and surround. Upon request we're happy to send a CD in our luxurious triptych digipack format." I requested one of the latter and got busy downloading. That became an enterprise in serial coitus interrupti not due to lacking ardour. Big files were simply choking our rural 6Mbps/down 3Mbps/up connection. Already 1.1GB for the 24/96 .flac version interrupted. Despite being zipped, the 2.3GB folder for 24/192 clocked as a 1-hour download. Twice that for 32/352.8 really gnawed on our copper connection like ravenous rats. DSD64 took up 1.5GB bandwidth, DSD128 twice that. So I passed on DXD and DSD256. But I did net material in varying formats and rates including physical media guaranteed to come off the very same master. Go rats. Then Brendon learnt of our rural tractor races. Now he offered to also send a USB stick with the 6GB DXD master files. Danke schön. 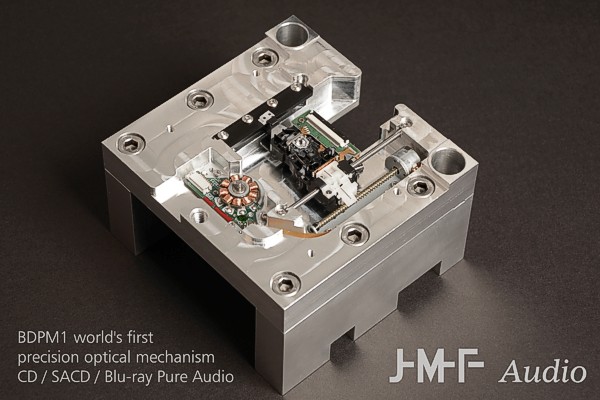 Meanwhile, Jackie's comment on CD-Pro2LF vs CDM4 was succinctly terse. "In a nutshell, CDM4 has a longer lifespan than CD-Pro2. It uses a magnetically oscillating mechanical structure whose movement is more precise. The lens uses glass and the CDM4 has a touch more musicality than the CD-Pro2LF." More reliable, more precise, more musical. Or as his link for the CDM4 explains, "the pursuit of stable performance led Philips to develop the single-beam swing arm system. Imposing a counterweight—balancing weight—on the side facing the optical lens block enables the system to adjust the weight distribution and move the optical system using relatively minimal power. It also facilitated increased structural precision and, perhaps even more importantly, allowed overall movement to be controlled using highly versatile analog servo circuitry. CDs are irradiated with a 780nm red laser beam from the polycarbonate resin substrate side. Whether the digital data is '0' or '1' is determined by an increase/decrease in the reflection of the laser beam. Thus, extremely accurate optical technology (lens design, lens fabrication, special coatings and precise assembly) is required for the small optical pickup block. The Philips CDM9 [which followed the CDM4 – Ed.] was the last Philips single-beam CD drive mechanism. Thereafter, they switched to the 3-beam linear tracking system adopted early on by Japanese manufactures. Philips chose a linear tracking construction that moved the optical lens block in a straight line because computer CD-ROM drives requiring high read speeds were in demand. The swing arm system using a counter-weight had too much moving mass and too slow random access times for this application. In addition, because the swing arm system used a tracking error angle, it was not possible to use this system with more than a single beam. For high-speed reading, a 3-beam system that can pick up adjacent pit streams is more advantageous. Single-beam swing arm type drive mechanisms however are sufficient for audio-only systems that do not require high speed operation." This reminded us why in the mass market, dedicated music not computer drives died out. They weren't quick enough to cope with computing demands for the medium. It also explains why folks whose CD players had already transitioned to the quicker CD/ROM drives experienced a return to especially dual-layer SACD as glacial. The read-in of their table of contents could take dedicated machines well more than 15 seconds.