Arrival was in the massive crate King Tut would have needed had he died a 9-year old sumo not slender 19-year old monarch. I momentarily thought that I'd received the wrong model. Unscrewing the thick top lid revealed two regular cartons of more agreeable dimensions. Those were strapped to the integral pallet inside the crate with stout winches which, unlike pallet straps, can be re-used indefinitely. By Ra and Osiris, for once someone had paid attention about how best to prep the return trip. When I lifted out the cartons and flipped the first's lid, I was greeted by ~25cm thick precision-cut styrofoam liners which cradled the cloth-covered speaker inside their white shell. With an exposed tweeter on a skinny stalk, such protection was key. 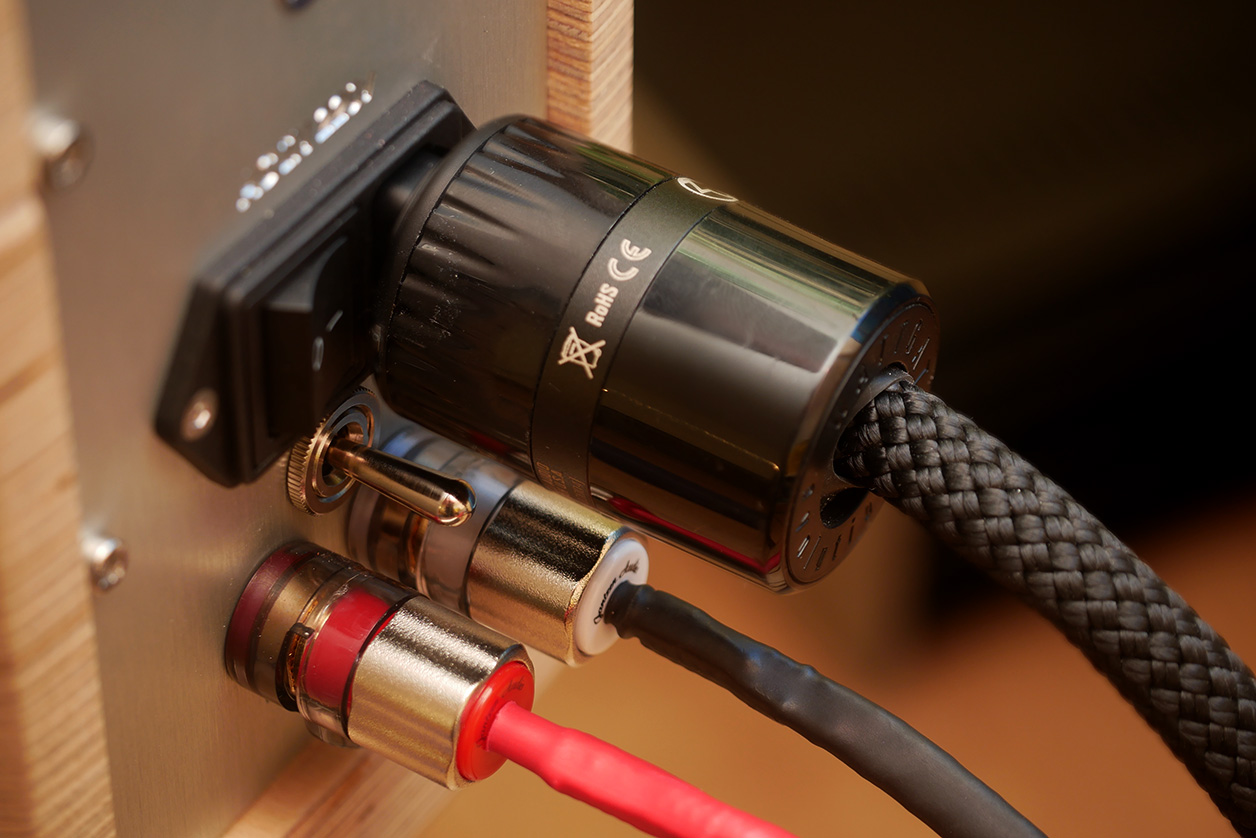 Before checking into my hatchlings, I had to jack them in. I had to provide AC power above their three-pole toggle which controls the 60-400Hz band with a Q of 0.5. The left position is flat, the middle position pulls down 150Hz by -3dB, the right one lifts it by the same amount. My loaners were set up for 230V wall power. Consumption would be 11W at on, 2.5W in standby. Thermal readiness has the driver's engine at 23°C or higher. That corresponds to about 15-30 min. of warm-up from cold until performance is optimal. The massive terminals below the tuning toggler received Black Cat Cable Lupo cabling for the first upstairs gig. To go full frontal, the retractable port could move out. Then it turns into a nozzle to look unseemly excited. Of course that's not the intended direction. Rather, with the inner tube end flush with the outer, the port tuning is 49Hz. With the inner tube pushed in by 4", the tuning lowers to 46Hz. With the inner tube removed, it's 51Hz. 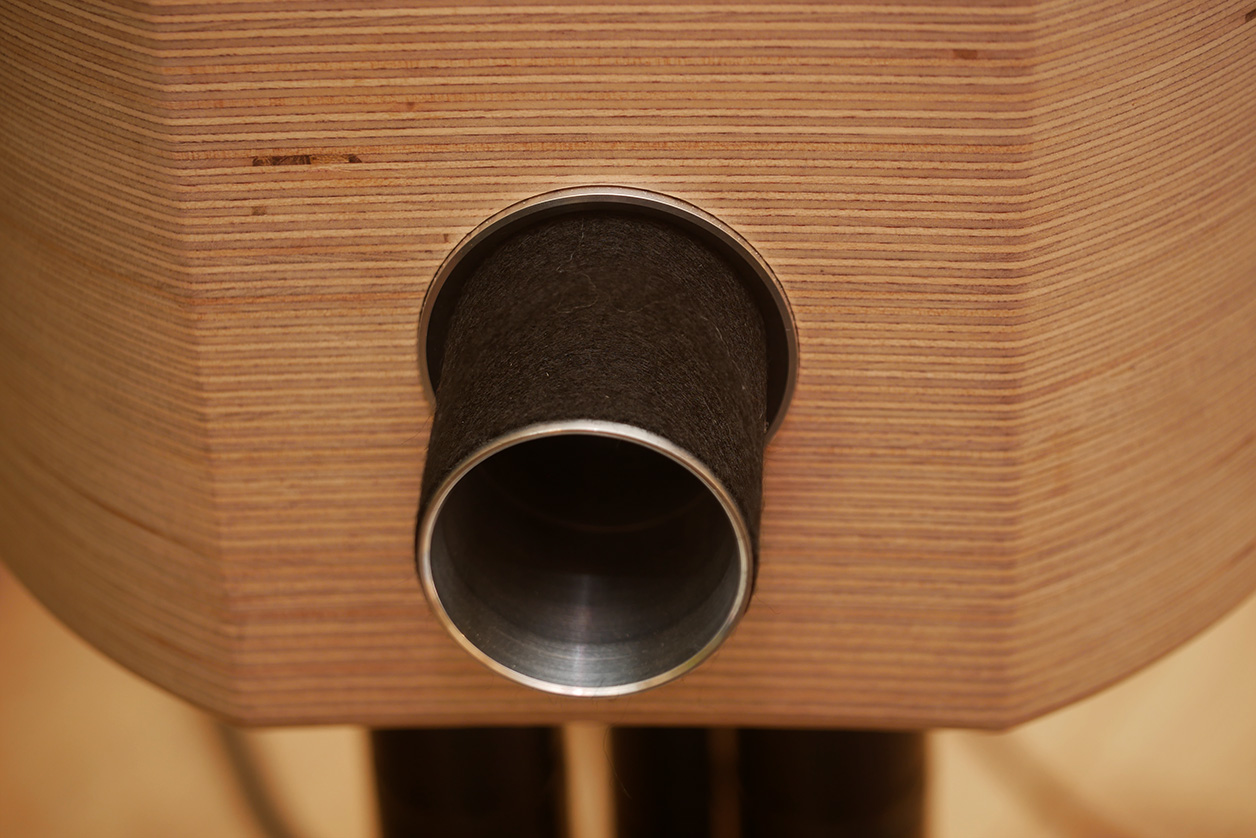 I do like full-frontal tweeter pervy hence set up these otherwise omni radiators with their HF bullets firing straight at me. No reviewer was hurt by this exercise.

"Cone damping works like with conventional drivers. Because we use two coils, one for the signal and one for the suspension, we have twice the damping. Because we want to achieve the point of 'critical' damping, we had to eliminate back-EMF of the second coil or our driver would over-damp with transistor amps of high damping factor. Our solution is to drive the suspension coil with a current not voltage source to eliminates all EMF. The Magister has adaptable suspension so you can control the low-end's resonant frequency. This also has some influence on the higher frequencies since the cone's speed of retraction changes, too. Vocalis has no changeable suspension but uses the same current-source idea for its suspension coil. Adaptable damping is a work in progress via the hybrid DSP function I mentioned earlier."

Everything from the turned tweeter housing to the widebander's mounting ring to the gapless stacked Plywood cab with its rakishly rising top was beautifully finished. 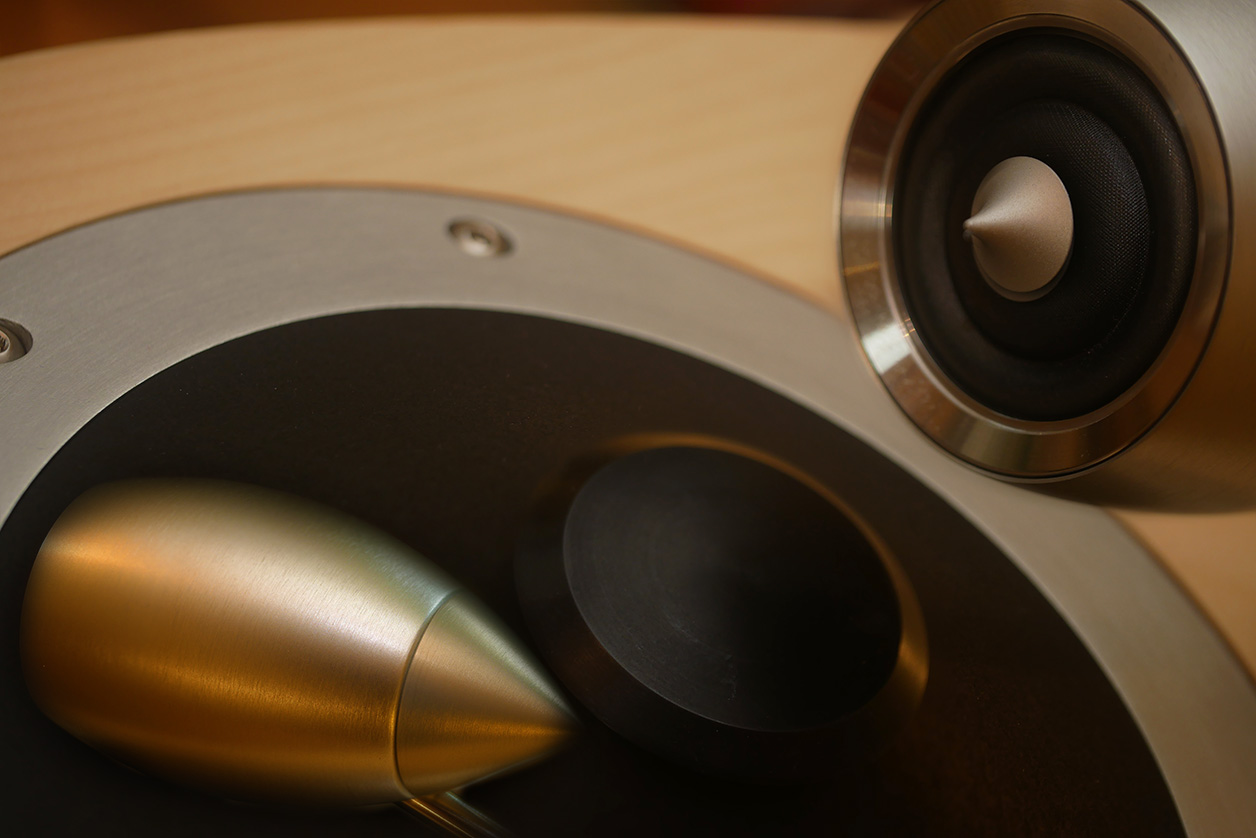 Having concluded my visual inspection to perch the Belgian visitors securely atop British Track Audio stands, it was dégustation time for a first hit. 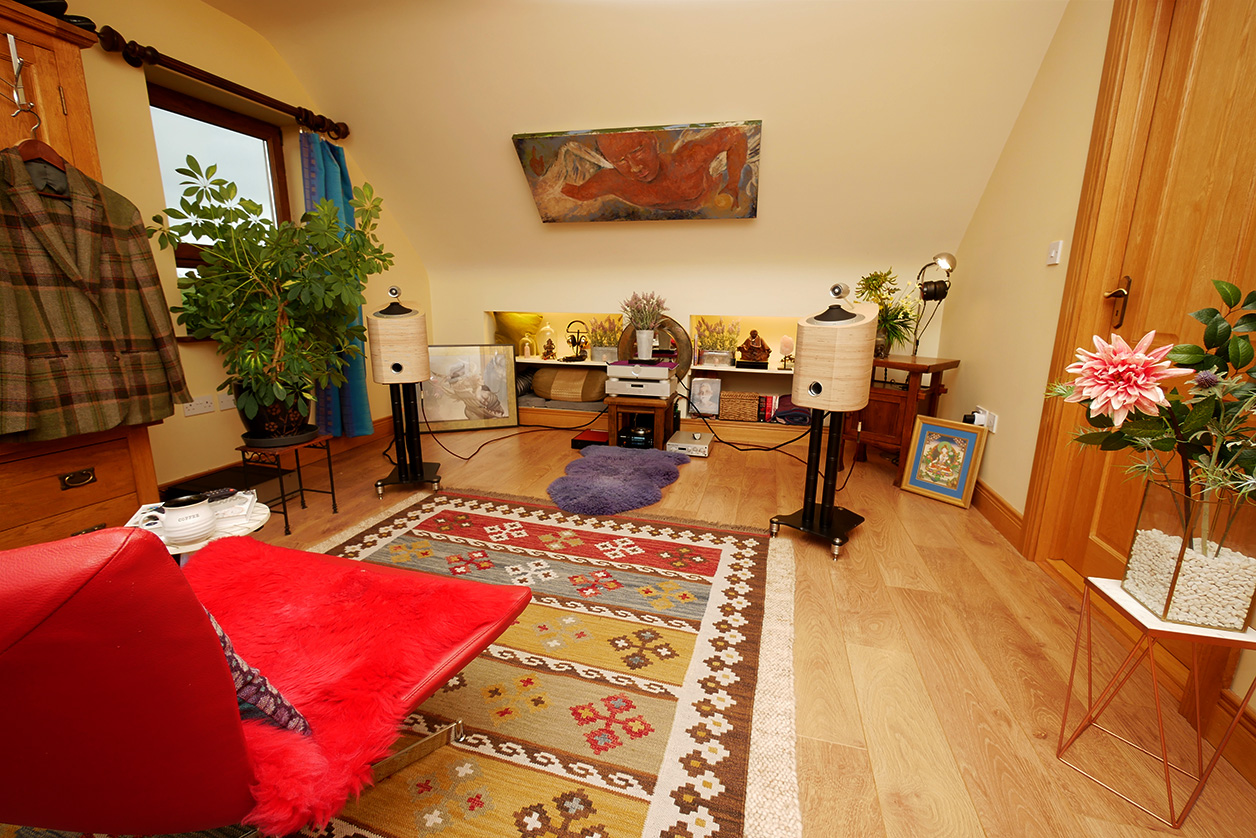 Now I realized very quickly to being in the presence of something unusual – except that its difference was different from what I'd expected. If you wonder just what had I expected, so do I. Truth told, I'd not really inspected my expectations. I just knew that this wasn't them. Enter the perfect cliff hanger moment. "Will send Hallmark post card with cliff notes in due time. Don't wait up."