After the previous pages were penned, some time passed. Then Tom checked back in on October 3rd. "It's been a while since you last heard from us. Let me start by apologizing but we've been extremely busy taking Ilumnia to the next level. I guess we are now almost a year further down the road since last we spoke – one year older but much wiser. We've now rebuilt our Vocalis demo pair to the latest specs. It took some time to get this model to the desired performance level. Truth told, I thought it would be much easier to launch a new brand especially with so unique a product and such splendid feedback. But almost nothing comes easy. I often wonder what would have happened if we hadn't had that first review with you. It led us into the global arena and it's become clear that the 'world' as our customer is the only way to go. The Benelux are just too small to support a brand. Today I was reading about two brothers from New Zealand and their company Wing Acoustics. They invented a new driver and have been working on it since 2010. Could there be any more similarities to our story? I guess not – aside from Marja & Henk having picked up on us at last year's X-Fi." 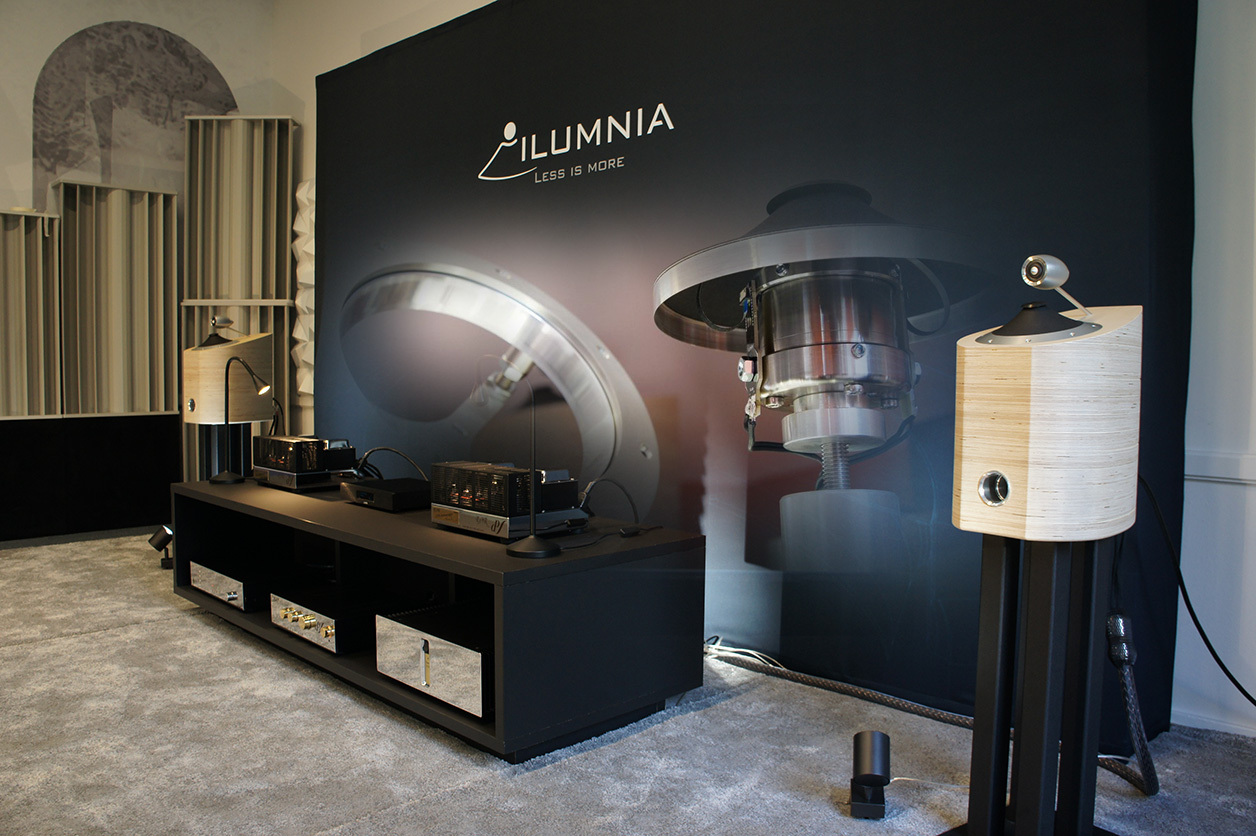 "We used 2018 and 2019 to further develop Vocalis. It's much more mature now than when Marja & Henk had their first glimpse of it. But it's not all gold which glitters. Although we found a few retailers, we have a very hard time finding distributors. The simple reason is pricing. Our production costs are far too high relative to the final retail prices. It's not that distributors aren't willing to represent us. Many in fact are and I get regular requests. It's the narrow margins which hold them back. So our biggest challenge is cutting production costs. We've already managed to slash a very significant amount but we'll need about twice that if I'm to believe big importers in Greece, France, Hong Kong and Turkey who all await 'proper' price sheets. The good news is that we've finally found the right suppliers with stable quality and even better pricing. We are delivering the last pair as I write this. The dealers and distributors who have received theirs are very satisfied which is a big relief."

"And, we still have more up our sleeves. The electromagnetic suspension opened more doors we hadn't thought of yet, one being a hybrid. Think pure analog signal on the first coil, DSP-compensated signal on the second coil which at the moment only acts as a suspension. At this point it's just an idea which we'll have to elaborate on for a few years just as we did with the LEMS driver. But if we succeed, we could merge the best of two worlds in one design: pure unadulterated analog signal mixed with digital compensation directly at the driver for just the problematic spots in the lower frequencies where rooms interfere.

"At present we are working on an 'extension box' to add to Vocalis and Magister. This would turn them from being 2-ways to passive 3-ways with an extra filter and two proprietary Ilumnia woofers. I still believe that using Magister and Vocalis as pure 2-ways is best but for those seeking high SPL, this would relieve the LEMS from the low frequencies to handle much more power. Last week we attended X-Fi again with a bigger room and Vocalis. Another exhibitor, not even a dealer of ours, asked if he could use our Magister to demo his electronics with. Five out of seven contributors for Hifi.nl picked our room as one of their favorites, meaning we combined the most votes of all the rooms which included some real heavy hitters. It's this kind of recognition which keeps us going."

At this juncture, one could reflect on the €14'500/pr ask relative to costly box construction and groundbreaking driver tech. The just reviewed Børresen Acoustics 02 start at €38'000/pr. With top resonance control, they max out at €46'700/pr. Then they demand thrice as much as Vocalis. They too contain exclusive albeit traditional if refined driver tech. Think iron-less super neodymium carbon-composite mid/woofers. Think super neodymium ribbon tweeters inside a complexly shaped very stylish HDF cabinet. When I visited their Danish factory, the team, within the first six months of operations, had already sold 100 pairs from a lineup spanning from €25'500/pr to €115'000/pr. Their principals had previously worked at Nordost, then founded Raidho. Such a CV pools extensive experience, reputations and long-lived industry connections. Hence Børresen could enter the market at the very top and from day one challenge stalwarts like Magico, Rockport and Wilson. Regardless of actual performance, in late 2019 Ilumnia's positioning and what they could ask for weren't any of that. Different rules of engagement. As a result, this €14'500/pr speaker might still strike one as a relative value proposition.