Whilst awaiting arrival of the Tube-1006 which hadn't accompanied the first shipment of CDP and PSU, I decided to move my two-box action upstairs. Here a Soundaware A280 SD card transport spits out S/PDIFits to a COS Engineering D1. The latter's remote-controlled analog volume feeds a Bakoon AMP-12 whose own attenuator is bypassed. Speakers are Kroma Audio's spectacular Mimí minis. Now out came the COS, in went the Gold Note twin. Bakoon's Alps pot would regulate volume manually. Being from the maximally fast and lucid 'Swiss' school, Akira Nagai's current-mode amp has mega bandwidth and is DC coupled to shun signal-path capacitors. Particularly at the often whisper levels I use here to not disturb Ivette in the adjacent room, it plays perfect J.S. Bach counterpoint to the organically rich Spaniards in their chemically welded synthetic stone enclosures with Hiquphone ¾" soft-dome tweeter and 6.5" ScanSpeak mid/woofer. I was curious. Would the PSU's meat-packing chops elevate this performance further? Or would it migrate over into the shadow sides of density and mass? Too much of anything good is rarely ideal. The resident hardware mix was quite optimally matched for my purposes. I had no preformed opinion how this might shake out. 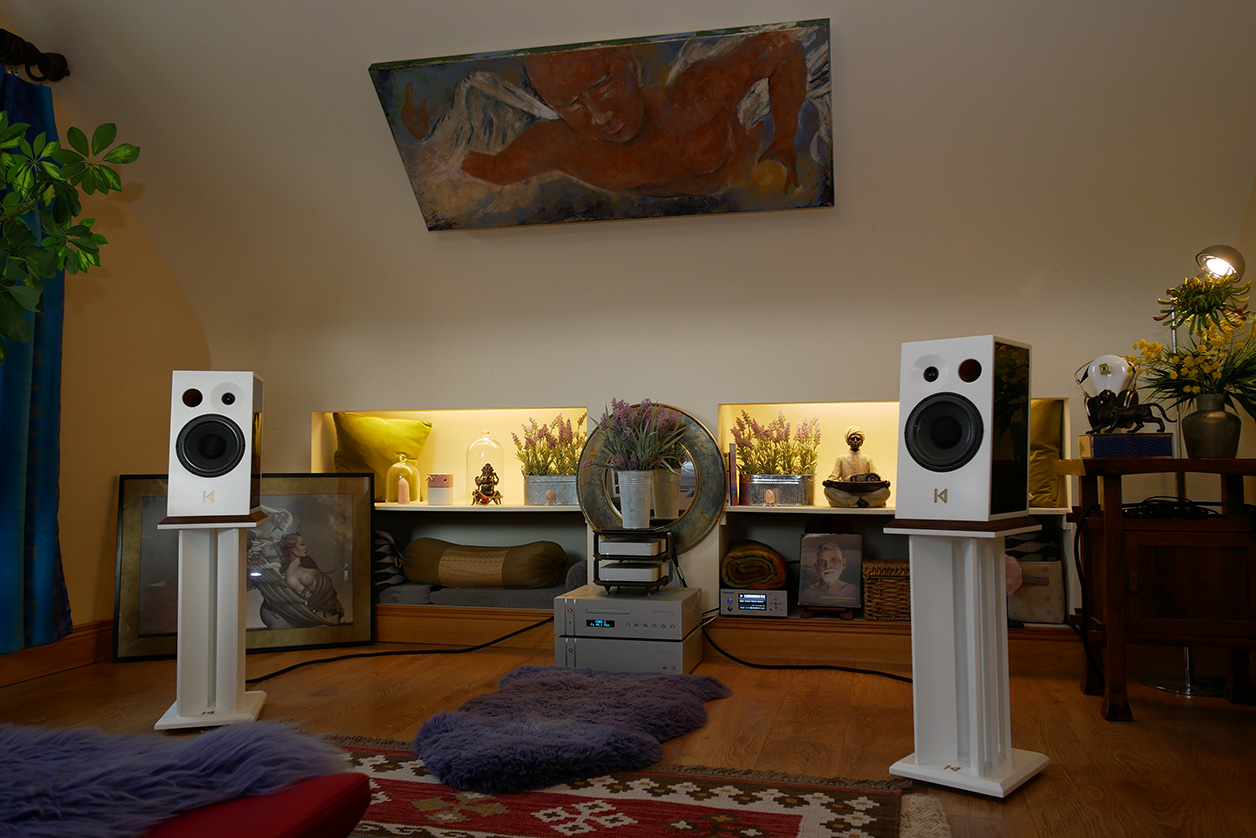 As it turned out, the Bakoon's intrinsic advantages on the speedometer—its amazing quickness, clarity and resolution—were such that the PSU's contributions registered as pure plus and zero minus. Hearing little speakers act like well-hung Napoleons with all the soundstaging grandeur expected of them plus deeply saturated colours, beefy dynamic wallop and mature weight was hugely satisfying. The apparently even lower noise floor of the PSU-1000 compensated subjective detail retrieval for the usual perception of small losses whenever image density goes up to obscure insight by just a bit. I thus didn't notice any setbacks on that score, just gains in dynamic conviction, gravitas and overall substance. Whilst it looked very strange to see an amplifier coupled to a source into which it would fit four times over on cubic inches, it sure sounded fantastic. Small speakers + tiny amp + very big source = a truly winning recipe. Viva la différence!

And before you ask, yes, this small-sounds-big effect had enlarged vis-à-vis the displaced COS Engineering D1 whose own fingerprint is quick and silvery like the Bakoon. The Gold Note two-some had more weight and chunkiness without stealing from resolution. That tends to be a difficult thing to pull off.

At this juncture, Phil Wright's review on the CD-1000 MkII hit with syndication partner darko.audio. Reading it, I was amused to find a rerun of my own experience when after years of happy USB audio, I'd reviewed the Jay's Audio CD transport. Then I heard it whoop ass on direct iMac ⇒ Audirvana/PureMusic ⇒ DAC streaming. It's only when I upgraded USB to Soundaware's D300Pro ultra-cap-powered bridge forwarding I²S over HDMI to the Denafrips Terminator DAC that CD domination nearly if not completely faded. For me the only thing even (slightly) better than CD is SD card playback. As Phil put it, "with the CD-1000 MkII as CD transport coax-ing out to the Ayre EX-8 streaming amplifier, any A/B battle was over after a few bars. The ripped file skulked off into the corner. Wow." He ended with "the Gold Note CD-1000 MkII well and truly harpoons the notion that all digital sources sound alike. In Italian hands, the CD audibly outperforms the file."

In my experience since, the right interceding hardware can elevate USB audio to near or perhaps complete equality with CD. But as Phil and I found out, the polycarbonate disc remains the standard to which computer audio must still aspire. That's a reality check which might come as surprise. Phil reminds us that dCS report that their Rossini CD player outsells their DAC-only version. Careful listeners know. CD is far from dead where sound quality is concerned. Convenience is another thing. Or as Marie Greggers put it, "my boyfriend is a Dj and still uses CD out of conviction. He is 53 and has been dj'ing since he was 14. I've been to many of his parties and even though I'm still a newbie to all this, I can tell the extreme difference between files or discs." 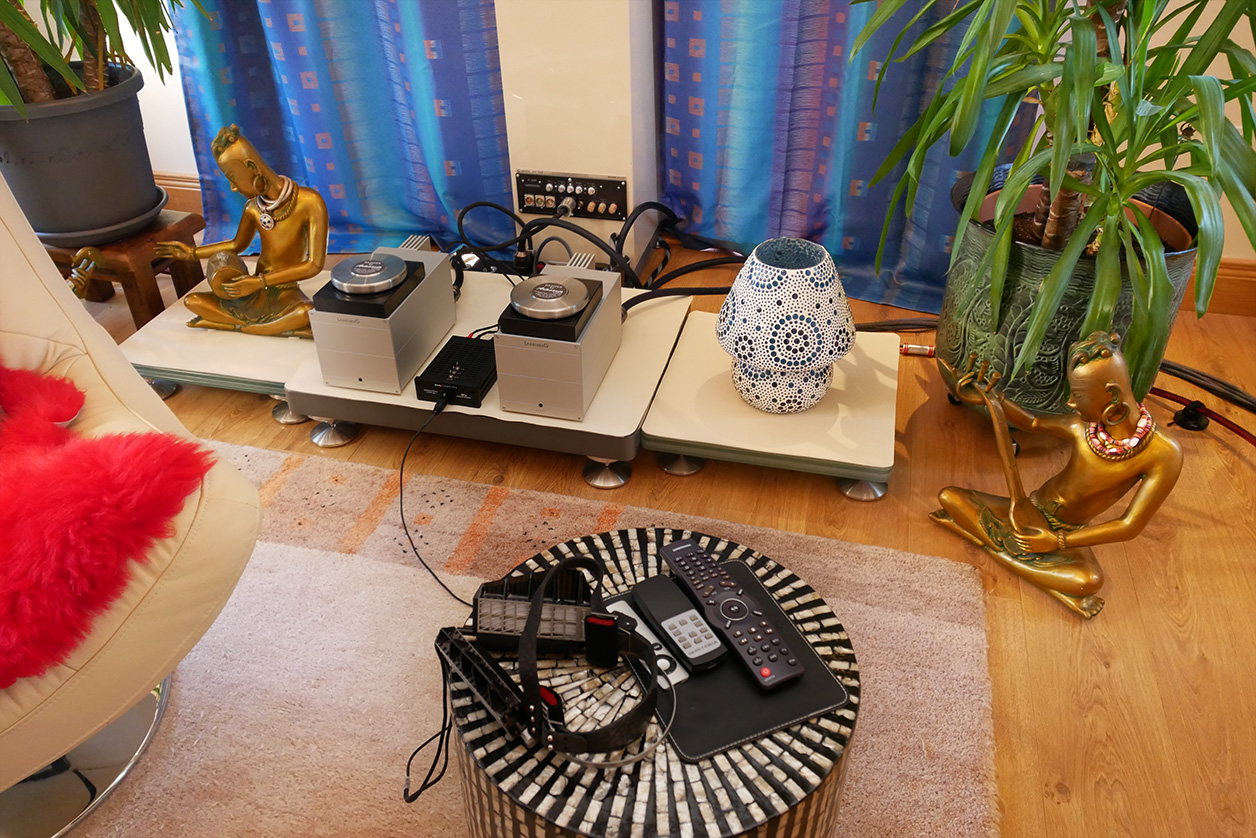 When the world first of Raal Requisite's true ribbon headphones landed, I just had to audition them off my Gold Note x 4 permutations. As ultimately quick 30Hz-to-beyond open-baffle transducers, they float freely above one's ears like AKG's K-1000 did back when. As such, the SR1a suffer no ear-muff syndrome. There's no audible resonance, no air compression, no sweaty ears. There's nothing surrounding your pink bits to trap air in two small quasi-room cavities aka ear cups. With zero energy storage, the SR1a exceed our best planarmagnetics and dynamics on raw transparency, detail, separation, speed and wickedly dynamic scaling. With such extreme truth tellers—they're presently marketed at recording professionals—and no distractions of soundstage differences in the free-field of standard loudspeakers, I could concentrate on other sonic offsets. Into these extraordinary loads, the tube stage's primary contribution was on tone mass, image density and colour saturation. Adding the power supply enhanced dynamics and micro detail. Between the two duo options, the CD-1000+Tube-1006 combo was the more decisive because it pulled in the opposite direction of the SR1a's 'ruthless' studio monitoring.