When the delivery van pulled up, one of the two boxes I received weighed like an amplifier. That was obviously the power supply. It didn't know of Taoist Chuang Tzu's credo easy does it. It piled onto the hard in ware – exactly what an upgraded hifi power supply should do with heavier iron from bigger transformers, bigger filter chokes, more stuff. Once spread out across two boxes, this CD player behaved like at least a proper 100-watt amp on size and weight. To clock some break-in hours and get out of frosty late January mode, I fed it some SD card files on endless repeat. To access the digital inputs, Gold Note's fancy all-metal remote is mandatory. You can't get there with just the hard controls on the front panel. Toggling through the inputs until 'coax 1' appeared in the display was perfectly intuitive. Without any upsampling engaged in my source, the read-out said 'fs 44.1kHz' just as it should have with Redbook material. Pressing the appropriate button on the wand, that display blacked out, leaving just the small green power indicator between gold decal and IR eye to show 'on' status. If you do your best listening in the dark, Gold Note have you covered. 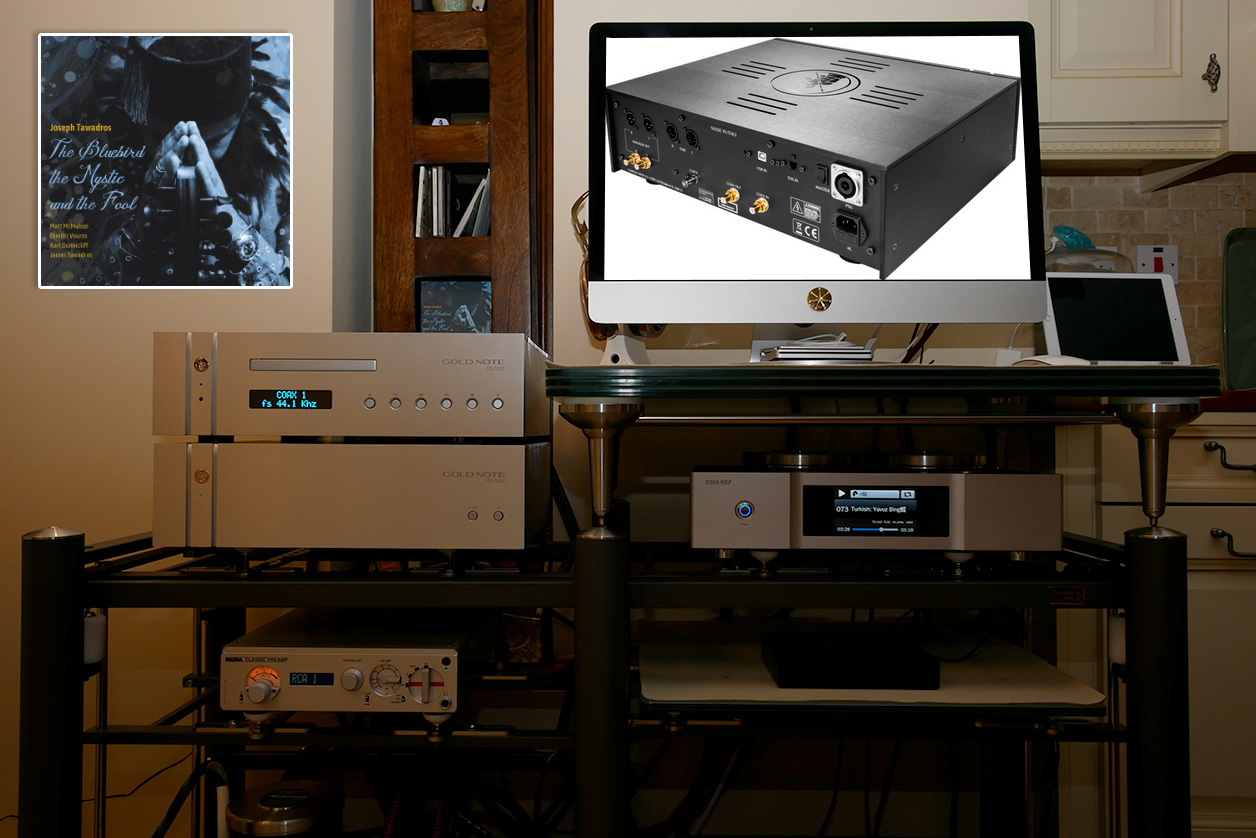 Plugging my Allnic ZL 3000 power cord into the PSU-1000, then connecting the locking SpeakOn umbilical between it and the CD-1000 had already set up the deluxe power path. In short order, two green power indicators had confirmed readiness. The display's turquoise-on-black text matched the power indicators of our FirstWatt SIT-1 monos. Those fed our Cube Audio Nenuphar which I'd deliberately set up as our highest-resolution loudspeakers. Controlling the volume was our Nagra Classic preamp used in single-ended i/o mode. 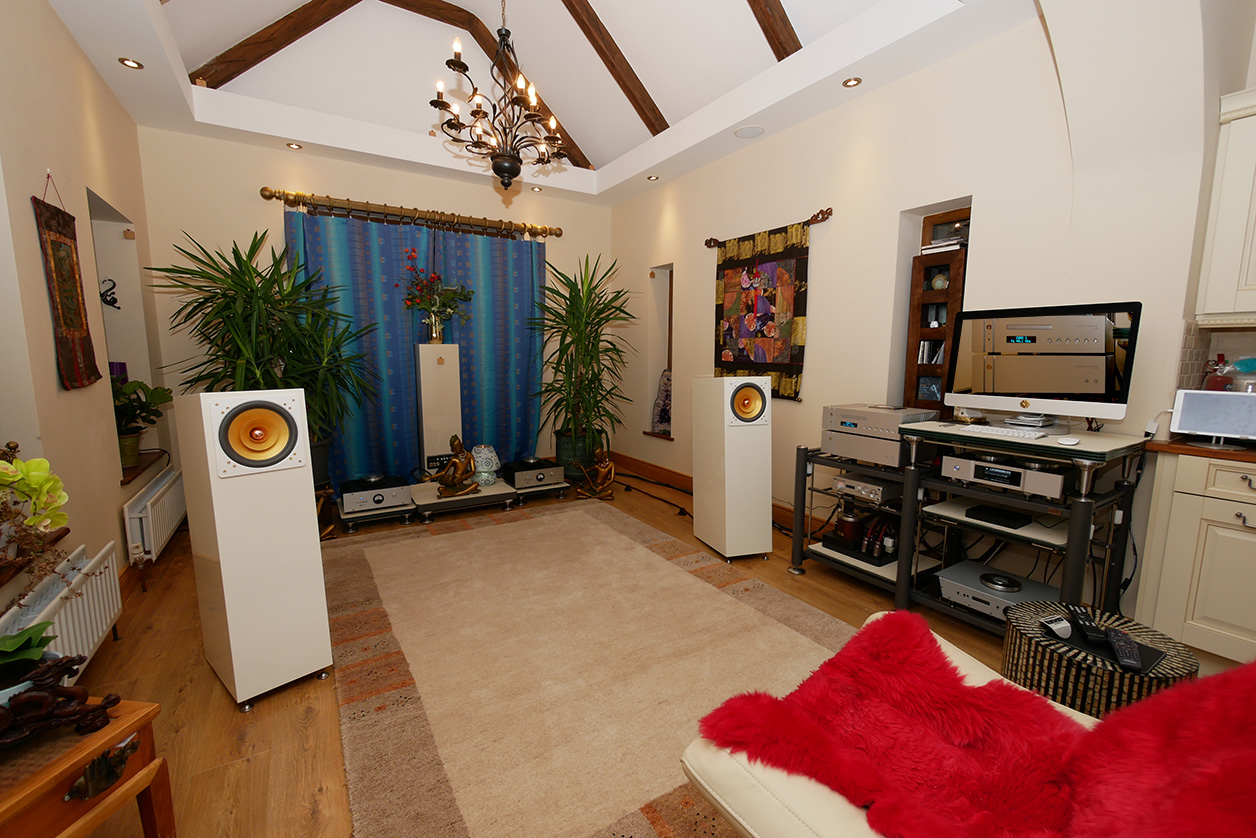 Then it was simply waiting for a week of inaudible tunes to go by before the first round of 'competing against itself' would kick off with CD-1000 pure vs. CD-1000 + PSU-1000 auditions, amps fired up to make actual sound. 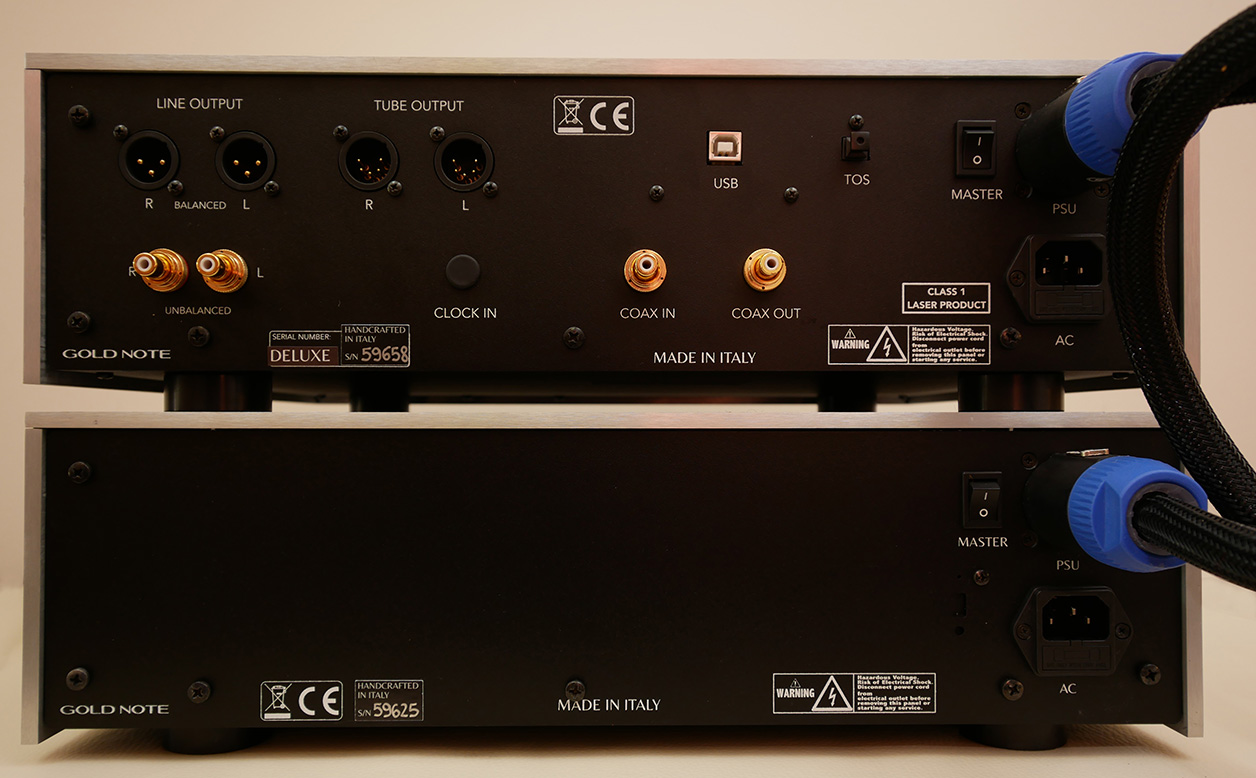 Here we see the stack from behind, short umbilical inserted. A single power cord then connects PSU to wall. We also see that the CD-1000 MkII gained an optional clock input which wasn't fitted to my loaner. 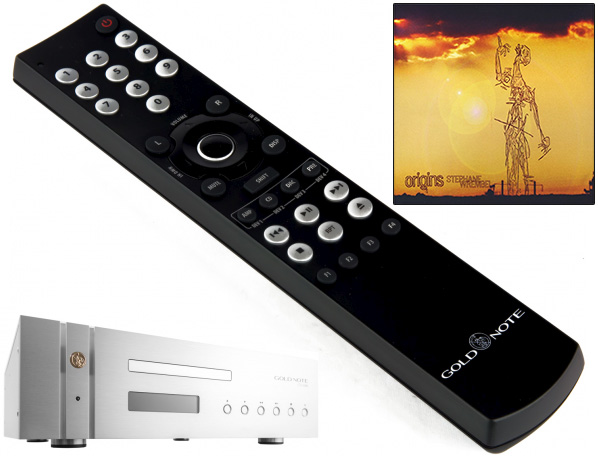 • bass weight and grip: all the denizens of the deep like drums, bass and synths kicked into a lower gear for more torque and acceleration. This made for stronger foundational anchoring or sense of weight. It also gave rhythmic bass accents more kick and articulation. And that injected into pace, rhythm and timing aka PRaT more vigorousness.

• contrast ratio: likely a benefit of deeper black values which always show up in the overall colour palette whenever bass builds out but possibly due also to a lower noise floor, the difference between something and nothing—sounds and silence—increased. We might call the effect more potent 'pop'.

•  projection power and Strahlkraft: the first is the action of bridging space. It's a forwardness that's not based on frequency response or bright presence/treble bands. Instead it's the equivalent of a gifted orator who keeps your attention even in the cheap far seats. It's the opposite of a sound 'sitting over there' inactive if pretty. It actively projects forward to connect what's seemingly behind the speakers with where you sit. Prior contributor Chip Stern called it the lap dance effect.

The second quality is a German word which adds shine or brilliance to power. Here it points at the action of how cutting sounds like piercing piccolo flute or blaring trumpet shine. They peel through and out of surrounding thicket like brilliant moving event lights cut through a city's sky to fix a location. With the PSU-1000, that action of focused brilliance was honed, hence sharper.

Which neatly segues into the power supply's…

… alter ego. Because projection power and incisiveness increased and stronger contrast ratio polished up the edges around images, inherently sharp sounds became more so. On hot recordings, the close-mic'd sensation of sitting as though one table off stage increased accordingly. Without the PSU-1000, the sonic action felt softer, more distanced and slightly floating. It felt informed by that typical far-field action of minor fuzziness because a higher percentage of reflections envelop the direct sound.