F8 over SIT-3. The latter just became unobtainium unless a dealer still has stock.  On paper and at the ear, the F8 had somewhat more gain. On paper, power output into 8/4Ω inverts. The F8 makes more into 8, the SIT-3 doubles the F8's 4Ω figure. Output Ω is identical, the F8's distortion lower by one decimal point. In the seat, both belonged to the same rich, dense and more fulsome than agitated camp. By quite narrow degrees, the F8 presented as weightier or more robust, marginally forward relative to staging and with more surface gloss. I heard the SIT-3 as a bit lighter—ethereal overstates it but thinking a tad in that direction would be correct—slightly more distanced or set back relative to stage depth and texturally more satin so with less surface sheen. On separation as that apartheid of images which don't cluster or mesh as tight, I found the presentations quite similar which is to say, not very separated but still would give the SIT-3 a small nod. That could just as easily have been a facet of its less heavy materialism. For possibly one more facet of the same quality, my sense of pace was a tick higher with the SIT-3, making the F8 the more luxuriant, saturated and relaxed. Listeners keyed into tone colors would call the F8 hotter or more intense. My catch phrase for that is glossy, my favorite desktop example the glass-covered Retina display which out-pops a plastic-covered computer monitor. On air, lit-up decay trails, meteoric cymbal rises and other treble-related effects, neither amp placed any emphasis. Relative to our resident class AB specimens, I'd call both a bit soft and polite on top whilst simultaneously of fatter tone and enhanced image solidity, then more emphasis on the trailing edges of decays so more elastic and less taut. 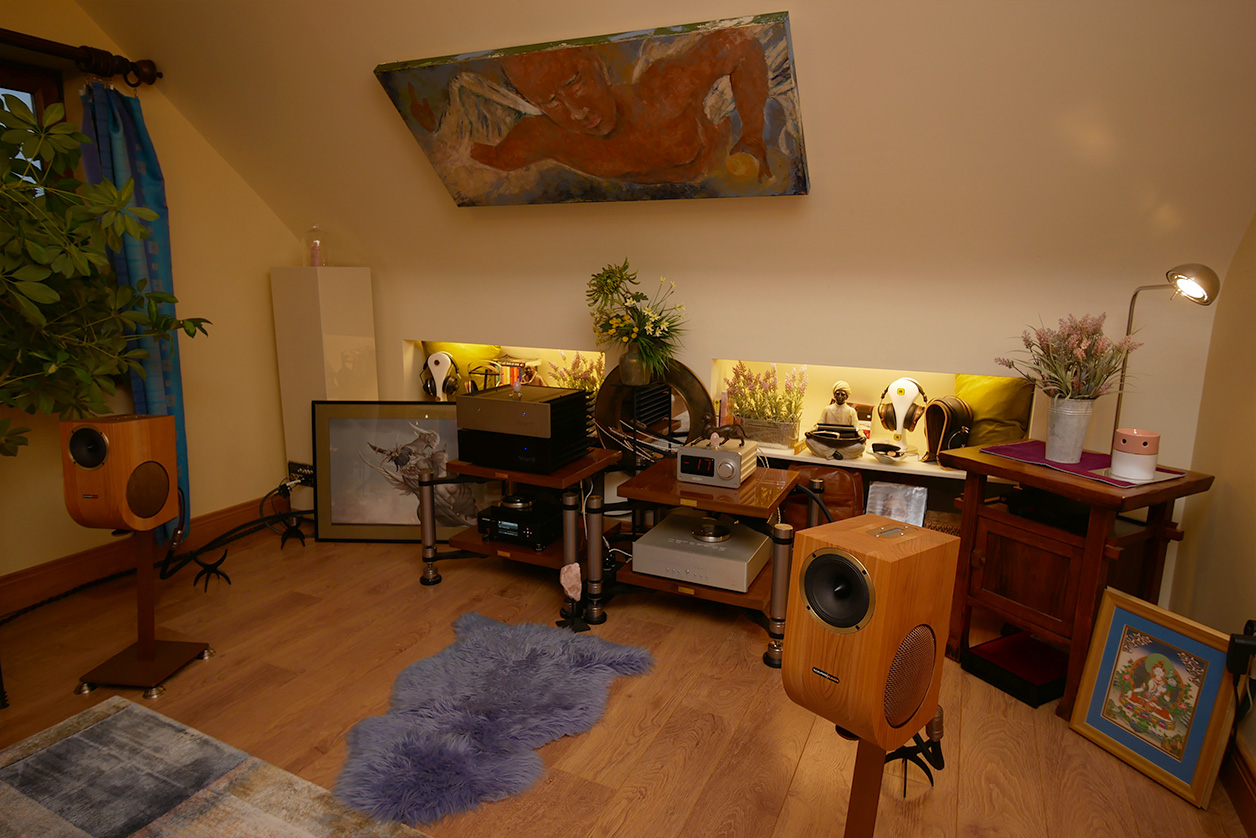 F5 over F8. Long discontinued, you might question the F5's appearance. It simply serves convenient explain-by-contrast purpose. It's push/pull and still a bit more powerful. Sonically it served up memory-lane impressions of our usual class A/B amps. Over the F8, it had more zest, zip and zing for a now 3rd-order dominant profile. Practically it led to more peeled-out transients. With those came the usual: sharper image specificity since our ear/brain localizes sounds by their attacks; and with it heightened separation. Hand in hand with more peppery snap came a sense of crisper PRaT or musical agitation. On this speedier flip side followed thinner tone with reduced color saturation and oomph, thus a leaner less luxuriant overall feel. And even with small AlNiCo widebanders handling tweeter duties save for the ribbon's top octave, the friskier F5 could get a bit sharpish on presence-region peaks. At their most basic, one was built for speed, one for curvaceousness.

To amalgamate mine and Dawid's impressions, I'll call out upscale 6SN7. To me those seem to encapsulate the F8's tonal richness and authoritative robustness as you would hear in a premium 6SN7-type valve preamplifier. Inherently more stately than rushed, the F8's aesthetic expresses developed timbres quite like a big-tone octal with a mellow treble, feathery image transitions and a bit of double-cream lusciousness. It makes for a chewy dense sound that former occasional contributor Chip Stern would have dubbed equivalent of comfort food, so plenty of sauce with his potatoes and meat. It's not a crisp and tangy raw salad that has you hungry again in half an hour. 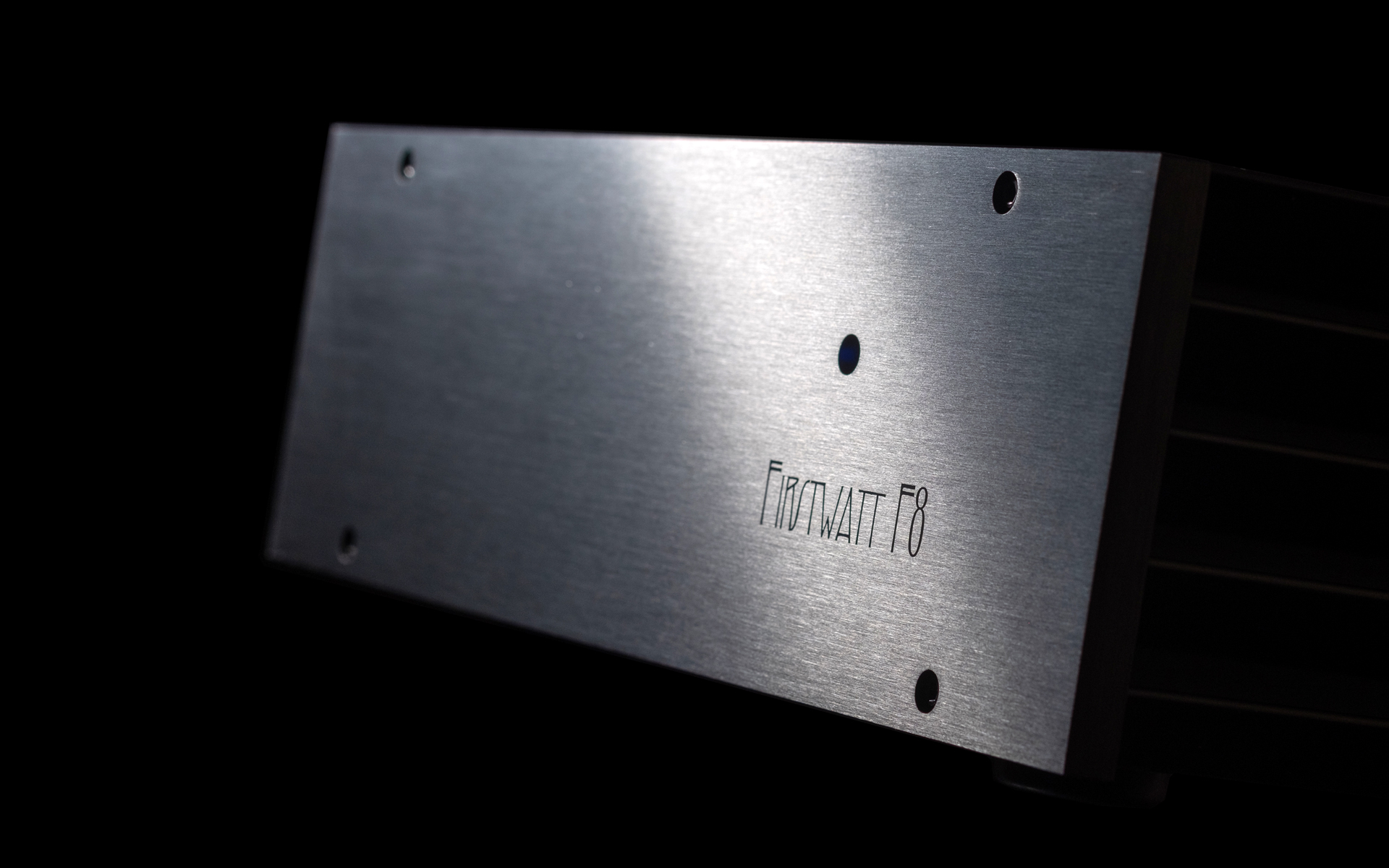 It's been 11 years since I heard the J2. I must plead the fifth on how the F8 has reshuffled its deck. But if we take Nelson Pass at his word, the F8 revisits this most popular of all FirstWatt amps so must fill very similar shoes. If you've never heard it, hopefully this review gave you a sense what to expect from the replacement.

The king is dead.