My usual upstairs amp mates of Bakoon AMP-13R/Crayon CFA-1.2 are 3rd-order dominant. In musical terms, that means staccato performers to prioritize separation and articulation/enunciation from higher sharpness and damping. As expected, the F8's deliberately massaged 2nd-order profile makes it more of a legato performer. That prioritizes richness and blending. Anyone understanding its specs and those of my other amps knew all this going in. They impatiently skipped the entire preceding page. If one writes for a mixed audience of young and old hats, some redundancy is simply the name of the game. Which gets us at degrees. Remember your woman singing behind you an octave higher but very subdued? Hello F8. It's not a Dennis Had deep-triode ambassador of vintage Cary Audio where your woman has quite the voice. It's no standard triode either but a shallow triode. Swapping between Bakoon/Crayon doses of mild 3rd-order to the F8's equivalent dose of 2nd-order THD wasn't about major gear changes. I heard no thick Scottish brogue, no movie-villain Nazi torturer with clipped cadence of zis and zat. Wrong movie. These basic sound profiles held but their degree of otherness was mild. Just don't ask how shallow was the F8's triode effect. "I understand that it wasn't six-feet-under deep but can you tell me whether it was two or six inches?" I can't. My ear/brain doesn't work that way. 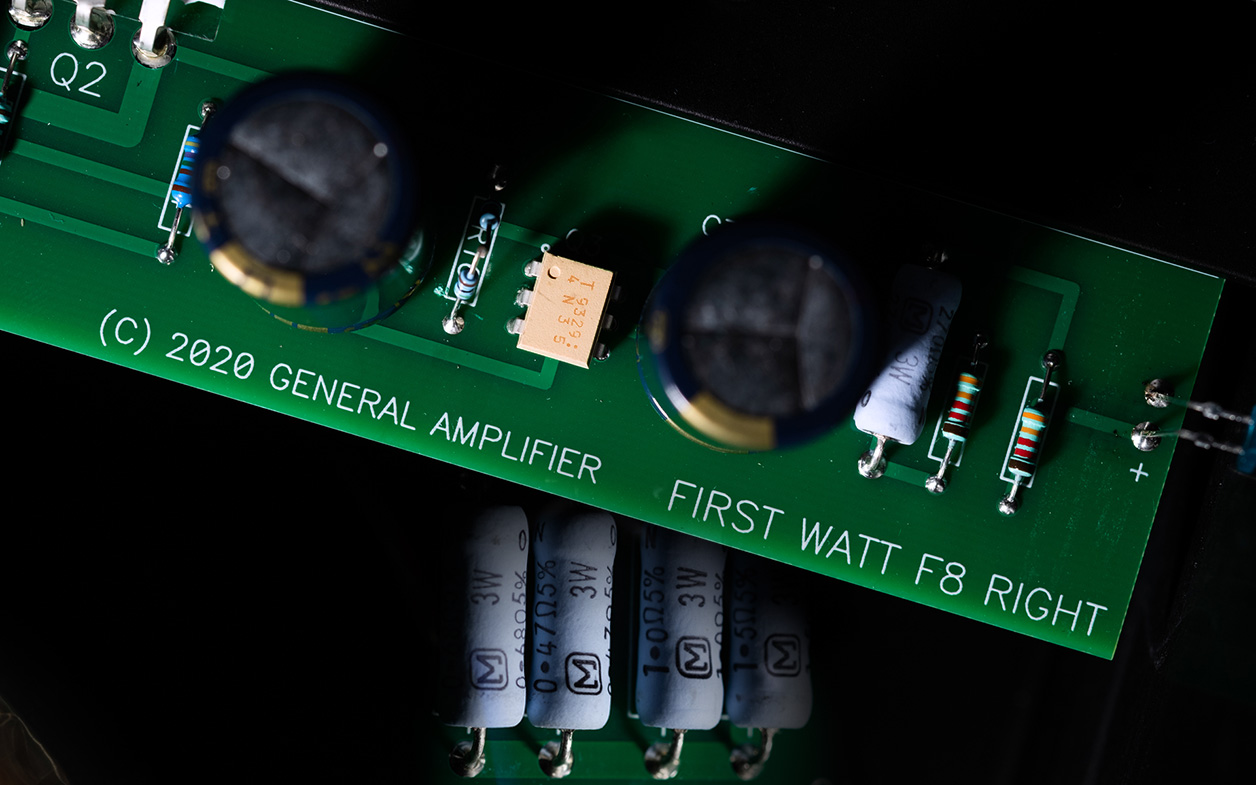 What I can tell you is this. My more intimate upstairs system is used primarily for night-time listening when my mood favors simpler music from lower to just standard never high SPL. Under those conditions, my taste which over the years has drifted into a mild 3rd-order preference heard nothing to call me back to normal and pronto, please. Right after the switch, I was aware of the shift which for the F8 meant gentler transients with a bit more tone density and, in the time domain, a subtle languor. A tune or two later, that had reset as the new normal. It took little to acclimatize. Common sense sees that it couldn't have been a drastic change. Now I've covered the F8's general flavor or gestalt and indicated its relative dosage.

This leaves a few more words on our perception of musical pace. Engineers often abhor the notion of slow bass. It's not a technically correct term. Why use it? Because nobody denies how in a poorly damped room, standard box woofers radiating into full space trigger room modes where bass won't stop decaying. The colloquial terms are ringing and boom. That's the effect at the root of slow bass. Notes don't stop in a timely manner. They keep going beyond their allotted span. The acoustic reverb of the recording/playback venues impacts the same gestalt. A dry space with short reverb time sounds more accurate. It adds less overhang. A wet space with long reverb time sounds softer, thicker, richer… and slower. It's not about metronomic time. The same recording plays back at the exact same speed. Only when the piece ends will the last note decay quicker in a dry than wet space. Just in that sense will the musical piece in the reverberant venue actually take a few seconds more to end. 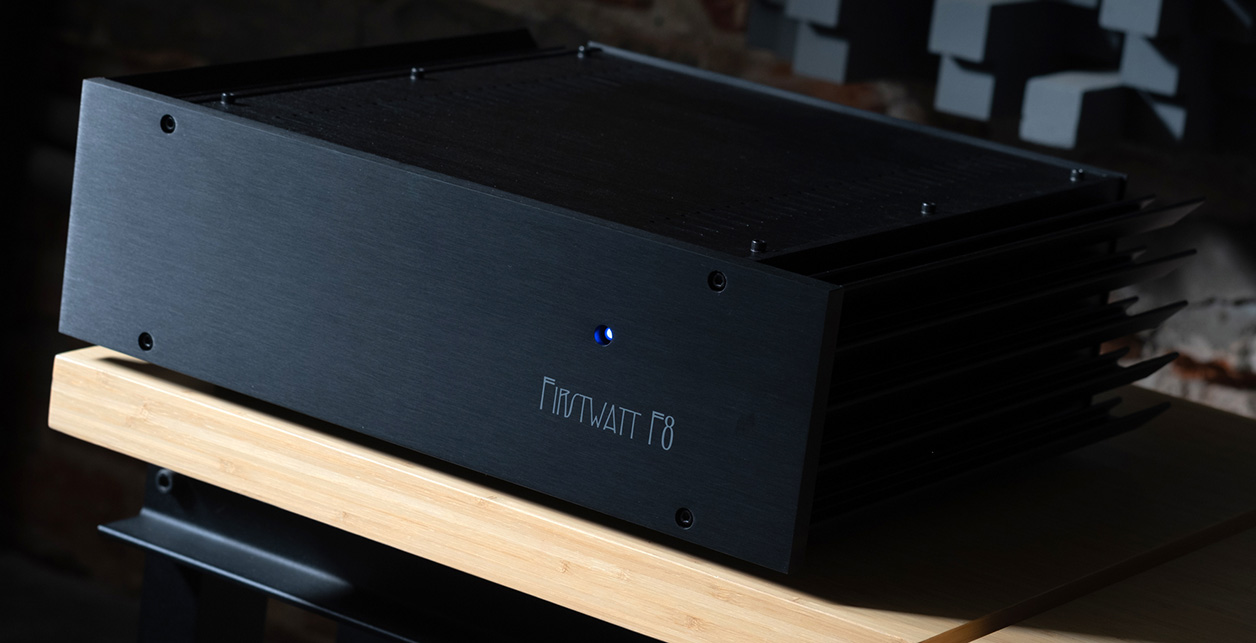 How does that relate to 2nd and 3rd-order dominant THD? It does in the sense that when separation increases, it mimics our familiarity with the superior damping of drier venues. Those we established feel quicker to us due to less overhang. It's in that subjective feel that 3rd-order types can seem faster—more energetic, charged or driven—and 2nd-order types more relaxed. As actual distortion percentages diminish to dilute these flavors, so does this effect. But it can still figure even if just subliminally. Now we understand how one amp can feel 'faster' even when a 1/100th-second chronometer won't tell any difference. As a perception, it's only in our head but still real. Hello limits of language. With textbook engineers, such verbiage is irrelevant and verboten in the first place. It's when one tries to describe a subjective listener reaction to a particular playback presentation and how it made us feel that they become useful. It's simply important to insure that such terms aren't taken literal. So for the F8 versus the Bakoon and Crayon, we now appreciate in exactly what sense it felt slightly more relaxed. People acutely sensitive to this also call it more easeful or flowing. It juxtaposes a more energetic or locomotive sense which to such a listener preference could feel like excess nervous energy or tension. It's just one example for how a given quantity of something registers differently. It depends on where one comes from and how sensitive one is to that particular thing. Tonal balance, image specificity, soundstage layering, timing, dynamics, harmonic density, airiness, holography and more trigger different listeners differently.

The perception of how music progresses through time—the extremes being rushed and lazy—is only one quality though interrelated with others. Here it's interesting that people may end up talking about the very same reality as different facets of the same quality yet sound as though each talked about something different entirely. That's why 'know thyself' is the first and last mandate also in hifi. Otherwise it's all too easy to get confused and go astray. Basics. Checked. Off. Time to have fun. First up F8 : SIT-3, next F5. Dawid did the F7.