To be perfectly clear, neither was the F7 lightning-quick nor the F8 slow and bloated. These amps weren't voiced to sound flashy but civilized and wholesome. The F8's sportier and more intense profile was true regardless of the music. However, for quick short bass jabs the F7 projected as the more impulsive whereas the F8 played it more relaxed as though it engaged a softer suspension and cruise control. At first it was odd to question what I'd heard. Was this by design? Or was I delusional? Then it struck me. 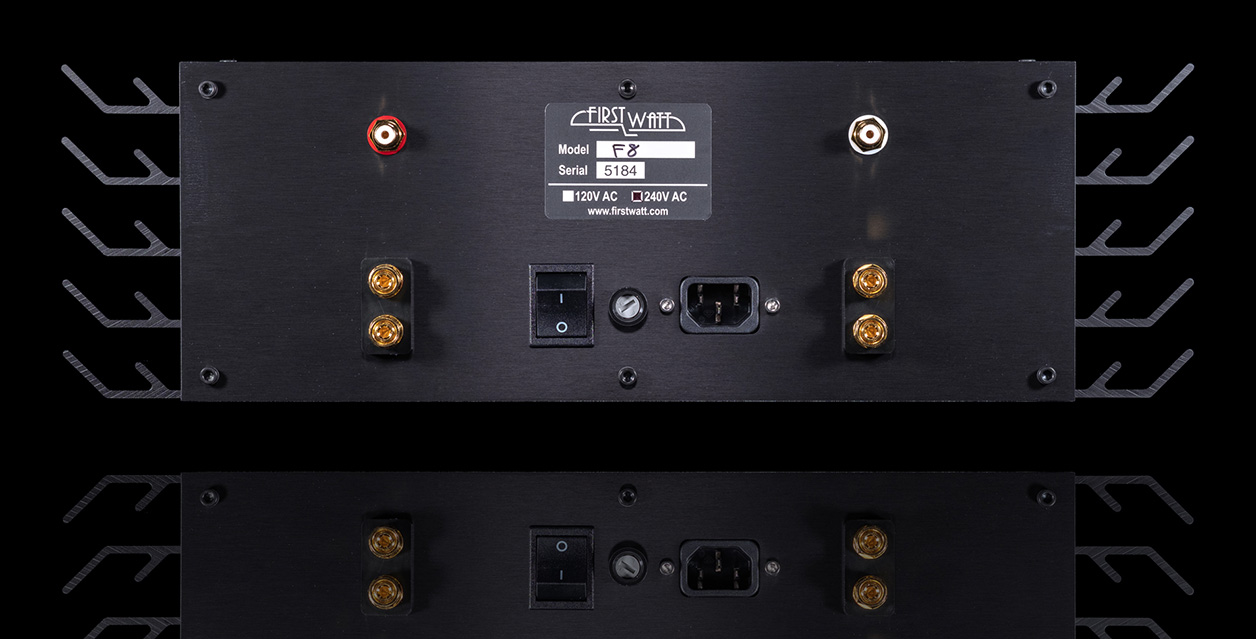 The F8/F7's output impedance of 0.2/0.08Ω respectively mean damping factors of 40/100 into 8Ω. Higher damping promises more woofer control, less damping looser bloomier bass. Of the two FirstWatt at my disposal, the F8 expressed lesser stopping power over the Vox 3's twin woofers. Was impedance why? To repeat myself once more, the F8 wasn't lazy, bloated, dull or boomy. To my ears its bass was very civilized, enjoyable and complete to feel refined, seasoned and authoritative even with this twist. Or perhaps was this a deliberate part of its personality profile and not just a function of how it interacted with my speakers? 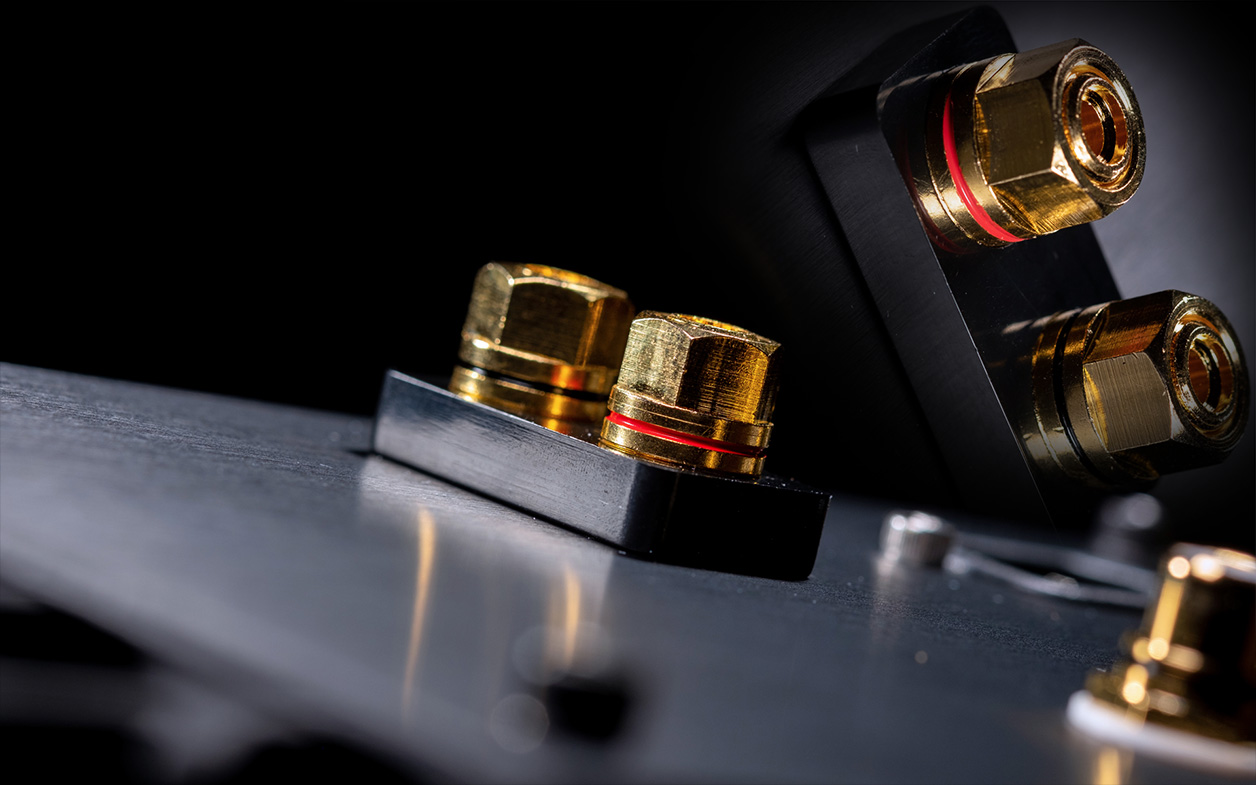 If so, this amp really does have a personality that is very charming and unique. Which ends my part. Dawid

In casa Ebaen, the F8 instantly hoofed it upstairs. It had to answer a pressing question. Would its low 15-volt gain work with my new autoformer passive? That superb UK design from Hungarian expat Pál Nagy includes an optional 4th-order/40Hz Linkwitz-Riley analog active filter. With it I rope in the left front corner's big Zu Submission sub. It defeats its own far inferior variable plate-amp filter. The hi-pass begins its kink at 100Hz. It's -6dB/40Hz, -24dB/20Hz. The sub's low-pass does the exact opposite. Hello mirror-imaged phase-consistent handshake. With their V-twin custom woofers, the speakers solo are good to ~35Khz. The active filter preceding them in the passive pre curtails their native output just a bit. It does however minimize their port's Ω influence and unnecessary heat on the woofer voice coils with the resultant inverse square function on their impedance. They no longer see any low bass. They no longer make the related effort. The upshot is greater dynamic range in the upper bass/lower mids and an easier load on the amp. That's the big difference over Dawid's system who otherwise ran the same speakers. I had shamelessly bolted onto them a burly downfiring 12-incher in a big sealed cab. 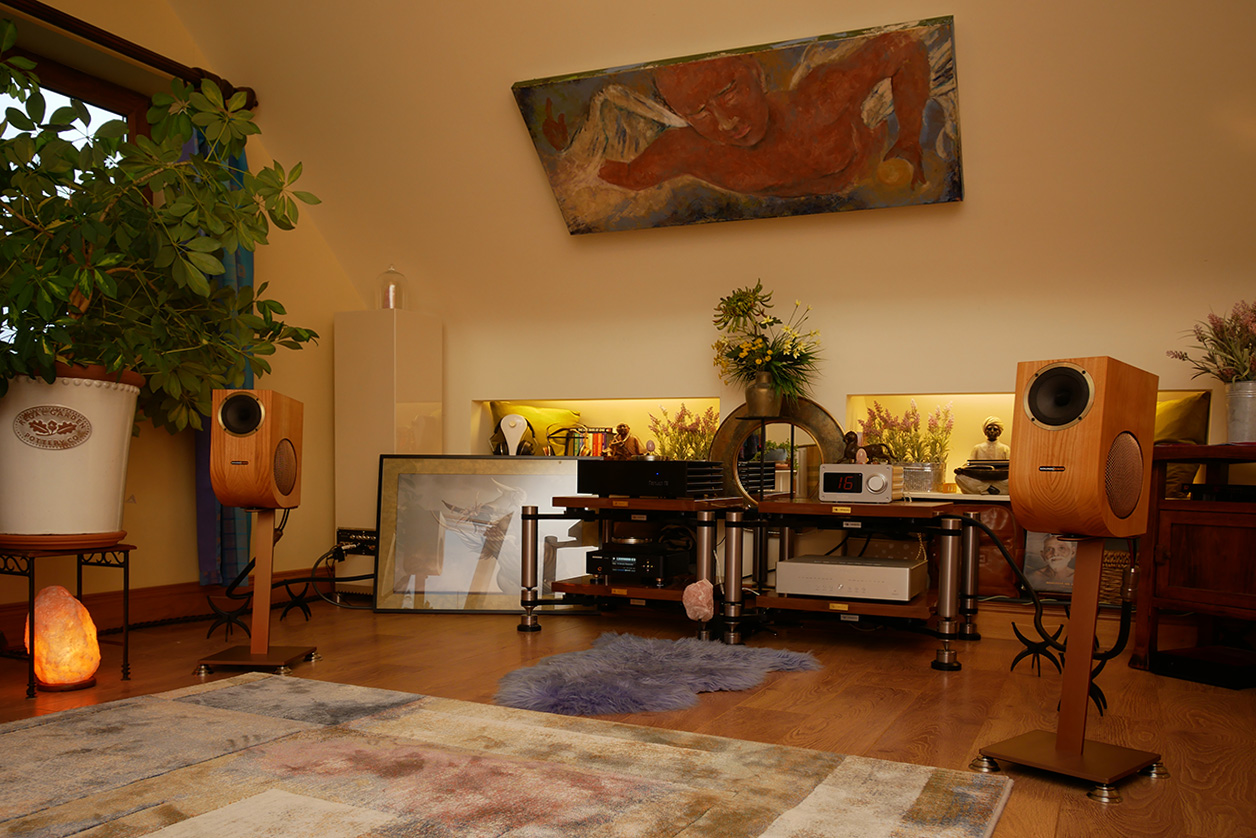 I had also optioned my icOn 4Pro Model 3 SE with balanced drivers to not double up on its bespoke autoformers for true XLR signal. Those drivers pass on any gain advantage which a balanced source's XLR outputs may hold (usually twice the signal strength over RCA). Here a Denafrips Terminator dispatched 4.6Vrms into the passive. That sat at ~15dB below unity gain with ~92dB speakers in a 4x6m space. For what's appropriate here, I had plenty of SPL. Next we see more of the room for a visual reference. There's another 1.5m behind the chair, another window in the left side wall, another door in the right. It's what normal people use as master bedroom. This should assuage shoppers who know that many amps generate more gain to the tune of 26-30V. They could worry over the F8's lighter war chest. But even my passive preamp proved enough. Add a standard active's typical 12dB gain. In a room our size and with speakers this friendly, you'll be all set with an F8 on raw SPL. Here I presuppose civilized behavior. But anyone pursuing a $4'000 25wpc transistor amp which only does 15wpc/4Ω won't be a barbarian. With 109dB hornspeakers and active bass bins à la Avantgarde of course, all bets are off and eviction notices forthcoming. 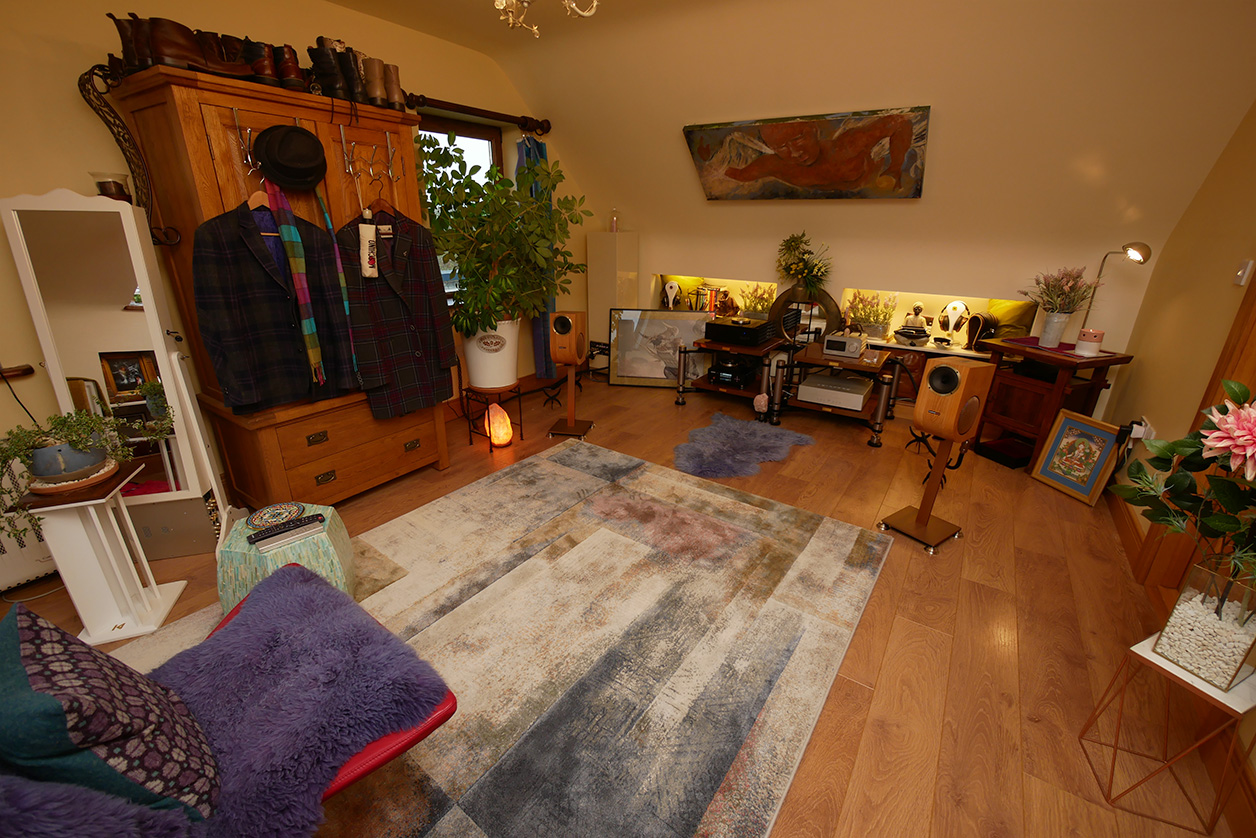 The point is, even standard 90dB-ish speakers without ball-breaking bass alignments will be within the F8's scope. With that sorted, how about the sound?