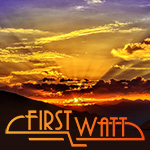 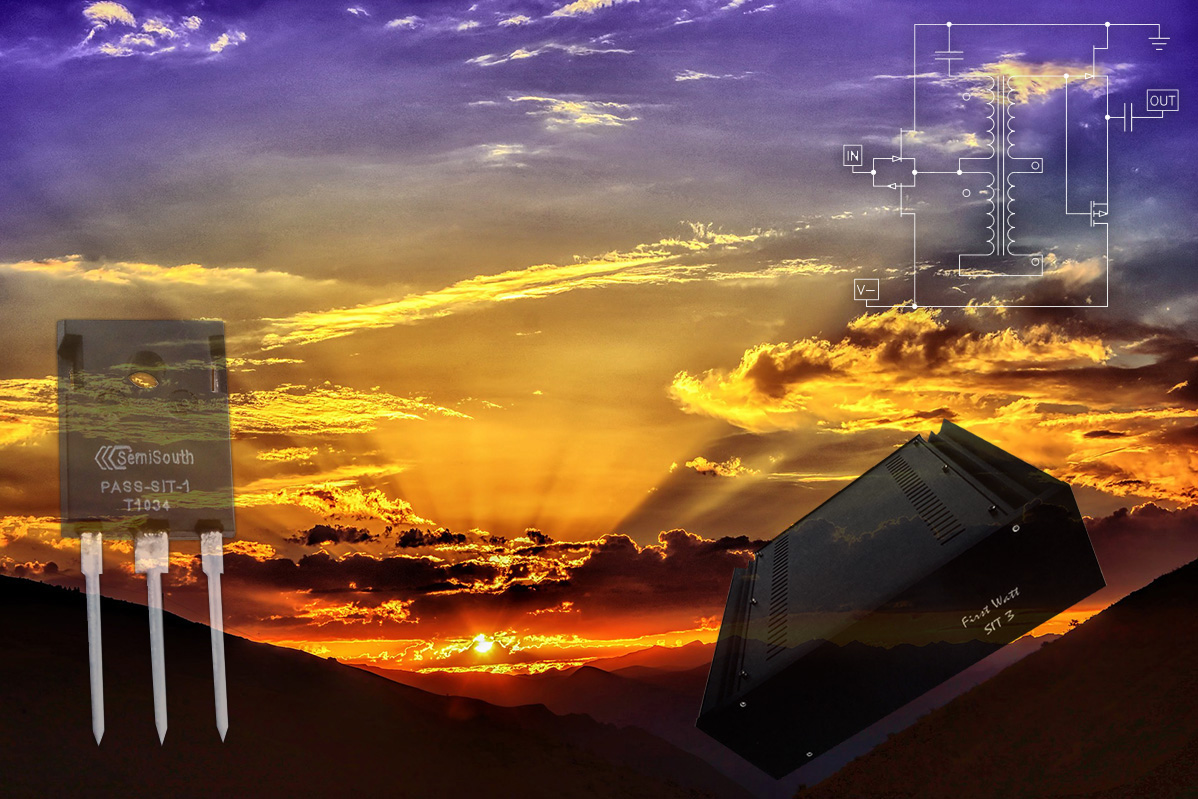 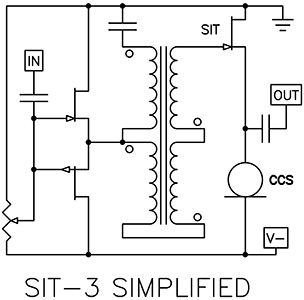 Sunset or sunrise? In my review of his XA25 amplifier, Nelson Pass had teased today's assignment with "…"been pondering when and how to release the SIT-3, probably the last commercial SemiSouth SIT amp. It still puts out 10 watts and so on but operates the device as a follower in common-drain mode. The SIT-1 and 2 used the SIT in common-source mode. That resulted in the interesting character of those two amplifiers to highlight the triode nature of the device. Common-drain lacks voltage gain but offers much lower noise, distortion and output impedance. In the SIT-3, the voltage gain develops through an input stepup autoformer which gives about 12dB. No feedback of course. Same box as ever. Lower price. The last piece of business there is a new front end." By the end of that review, the project had morphed to "the SIT-3 was recently revised as a result of marathon listening sessions. Another circuit version [not the one at right – Ed.] emerged the winner. I expect a pilot run to surface beginning of March followed shortly by formal Pass Labs production."

Just before Easter, Bryan from the JB Stanton PR firm emailed a brief "Nelson tapped you for a SIT-3". Confirming my acceptance after very lengthy soul searching (right), the equally terse reply was "production commenced and review units will dispatch shortly." So relative to the opening question, as the last of the SITs—short for static induction transistor, a custom part Nelson commissioned from the since defunct SemiSouth company—it's a sunset. As a new FirstWatt amplifier with a unique transistor, the SIT-3 plays to SET obsessions where fans get excited over sampling a super-exotic power triode. That's a sunrise. Ditto for those who missed out on the SIT-1 and 2. They now had a final chance to own one of these rarities. 18 watts must suffice. Class A zero NFB is a given. Something like our Zu Druid which come on song on far less would be ideal. Likewise for widebanders from Rethm and Voxativ, sundry hornspeakers and other 95dB+ specimens. Today is thus unapologetically exotic. Special ops. A niche app. Reverse snobbery at the power mongers; though we'll see that the SIT-3 can do more than many might believe. For mainstream speakers of plainly quenchier thirsts, there's Pass Labs with he-man models up to 300 watts in class A; or 600 watts in class AB. Nobody is left behind. Just know your actual not presumed needs so you buy what's appropriate, not pursue sheer excess. About that too we'll have an anecdote.

As to the static induction transistor or Vfet, it goes back to the mid '70s when Sony and Yamaha produced parts based on a Japanese patent by inventor Nishizawa San. Its abstract explained that" their drain-current to drain-voltage characteristic simulates the anode-current to anode-voltage characteristic of the triode vacuum tube very closely". In the 21st century, Digital do MaiN's Kazuhiko Nishi in Japan resurrected production of the Yamaha-based 2SK278B Vfet [left]. And Nelson commissioned his custom run of a SIT in silicone carbide. As he explained, "originally I didn't expect to have enough SIT transistors to create a third amplifier. I set aside a sizable quantity for warranty repair but this has not been needed, freeing up parts for a new design." Nelson also got his hands on an NOS stash of original Sony Vfets from Singapore which he used for a few projects including a 40-year commemorative model for Sony themselves [below]. From this brief history we might say that the dominance and market penetration of major Japanese corporations in the last century still fostered the ability to produce their own audio-specific transistors. That no longer holds true. Which 2018 hifi company still rolls their own? 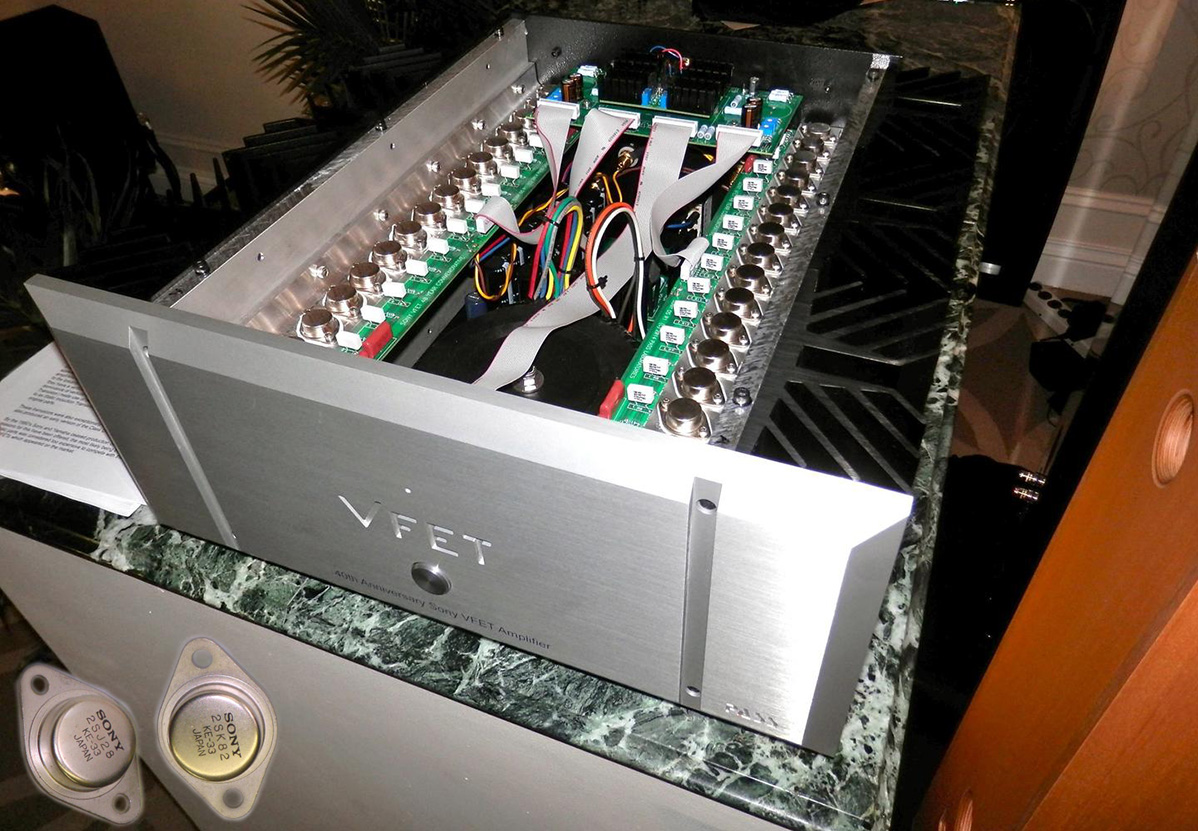 That's where the FirstWatt SIT-3 differs. It's a throwback to when we had a few of our own solid-state output devices expressively engineered for audio, not repurposed from industrial sectors. Unlike the original Sony and Yamaha amplifiers however, Nelson's minimalist FirstWatt circuits thus far deliberately played up the triode nature of these vertical field-effect transistors to exploit what makes them unique in the first place. And unlike the above 40th Anniversary Sony amp, the FirstWatt SIT models never mass-paralleled their devices. In fact, the SIT-1 and 2 favoured standard single-ended operation. A lovely fringe benefit was that Nelson's limited supply of these parts ended up with more amplifier models and units to tickle more appreciative ears.