When Bryan Stanton emailed my FedEx tracker, he added "you know how to reach Nelson to chat with him about his newest baby. He's a very proud papa. Please cc me so I can make sure he follows up promptly." I did indeed have Nelson's email. And I was too familiar with his often delayed responses to suddenly feel I had to rush him. I couldn't even conceive of his daily email volume and how he juggled that against actual design time. Didn't we already have all the core tech bits? Thinking it over, I decided that I had one more justifiable reason to bother the man. His circuit seems asymmetrical because per channel, there's a SIT on one phase and a standard Mosfet on its counter phase. Being 50:50 responsible for the final sound, didn't the plebeian Mosfet dilute the luxo SIT? And how did that and not just push/pull operation per se relate to the final THD behaviour as being 80% lower than the single-ended SIT precursors? If I were a prospective buyer, I might be curious about these things. Since I didn't have the answers, it seemed fair to ask: "Actually, the original design of the SIT biased with a current source had lower THD, into 8Ω anyway, but was not as favoured in listening tests. The final product still has a healthy negative-phase 2nd harmonic which is largely the result of the drain impedance of the SIT. About the SIT/Mosfet thing, arguably the combination brings something better to the table but we know it’s not 50:50 because of the quite pure 2nd harmonic which is not a signature of push/pull. Interestingly, that 2nd holds nicely right up to clipping, which is not so true of the SIT-1 and 2. It’s possible to overthink this. In the end, I listen and measure. If I like it, I send it out." Masterful advice, that; about not turning thinking something over into overthinking it! 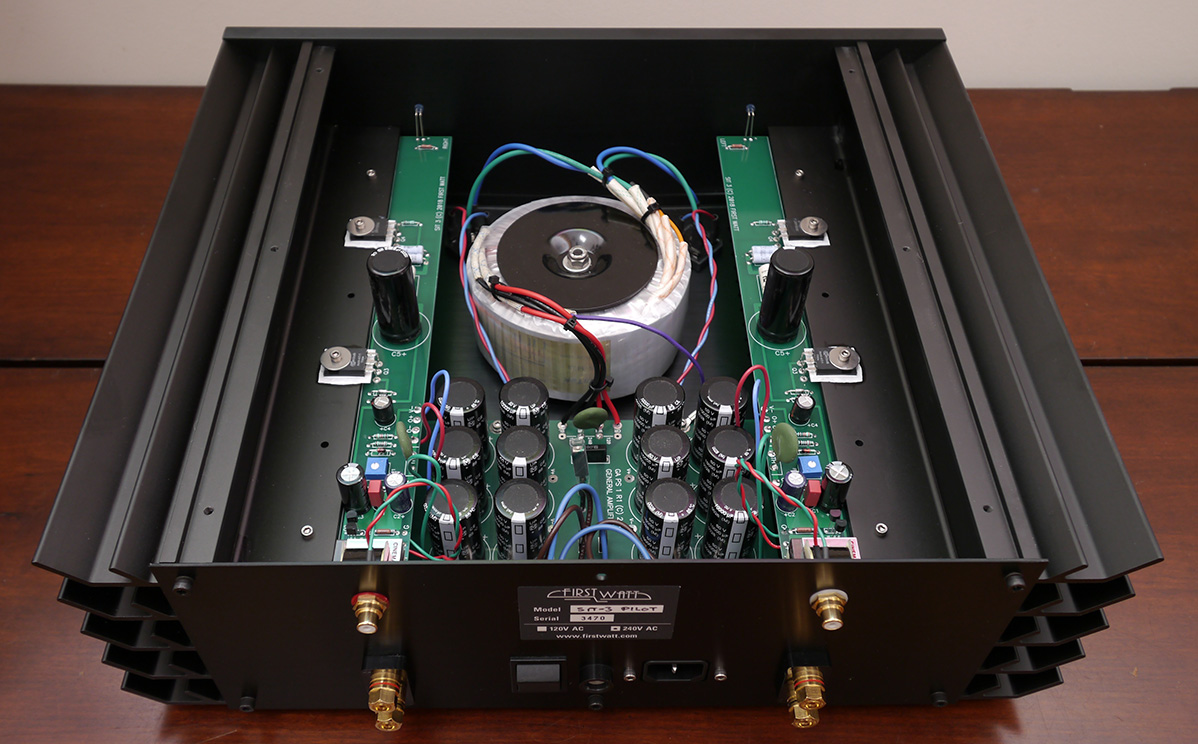 For a distillation of Nelson's general thinking, this interview paraphrases it as "…by 1991 when I started Pass Labs, I began to focus more on the specific character of second and third harmonics and slowly settled into a character where negative-phase second harmonic dominates at low levels, segueing into symmetric third harmonic at higher power. The second fosters an illusion of expanded space and localization and the third seems to improve dynamics." For the SIT-3, working as a voltage follower or current buffer, "it has the square-law character of a triode circuit but with more current available to the load. Compared to the single-ended SIT-1 and 2, this push-pull Class A has twice the power into 8Ω, eight times the power into 4Ω and 10 times the damping factor." While he no longer builds these amps by hand, he does preside over their initial and final sonic QC tests as shown by the initials 'np' on those lines of the included check list.

As usual, inspecting the innards of a FirstWatt amp is no exhaustive exercise in bling or excess. As expected, there are two output devices per channel on the heat sink trays. Right behind each input RCA sits a compact Cinemag stepup transformer for noiseless passive gain. There are 60'000µF of power supply capacitance per side, a few additional resistors, small caps and trim pots plus the obvious toroidal power transformer. 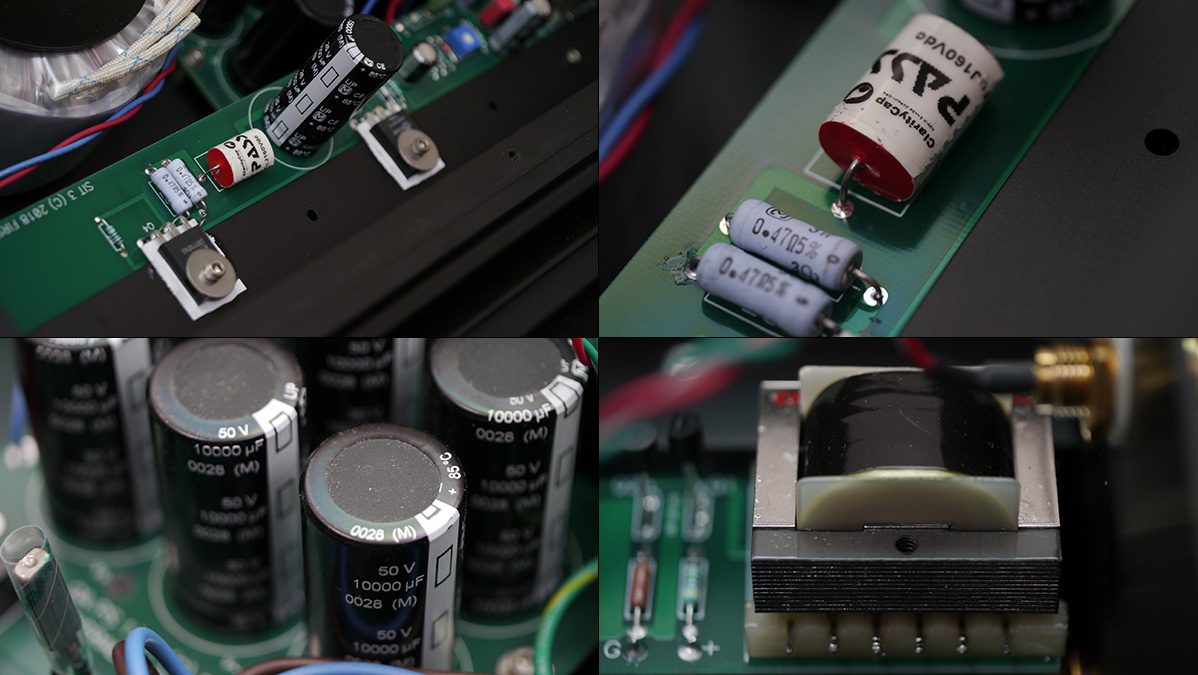 And that's it. If other designers need more parts to make a stable good-sounding amplifier, that's their problem or religion. 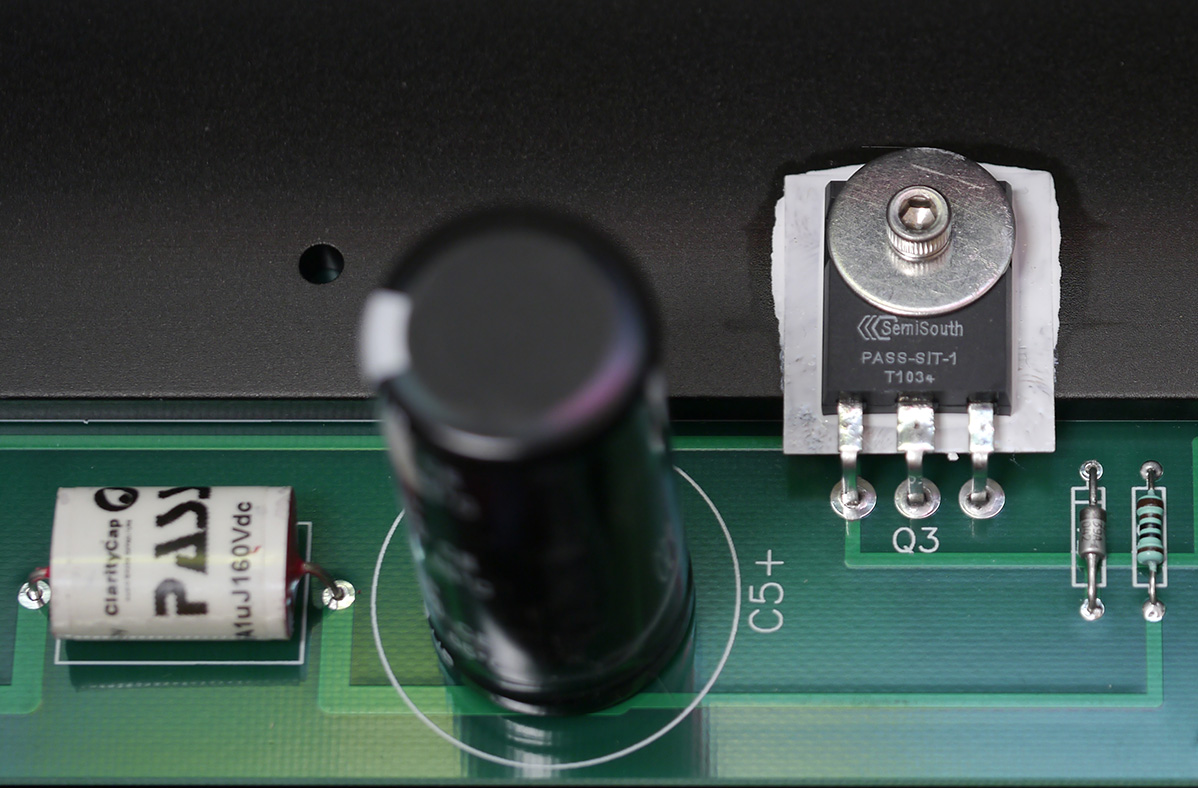 As per its billing, the SIT-3 flaunts simplicity as having its very own charisma and appeal. Obviously just looking at the thing or attempting to decipher its circuit secrets has none of us any the wiser about that. Just like a wine must be drunk to delve beneath its label, provenance and street cred, so any piece of hifi kit only fulfills its mission if listening leads us to that desired place of immersion, enjoyment and satisfaction. All the rest of it is just foreplay or armchair puffery. 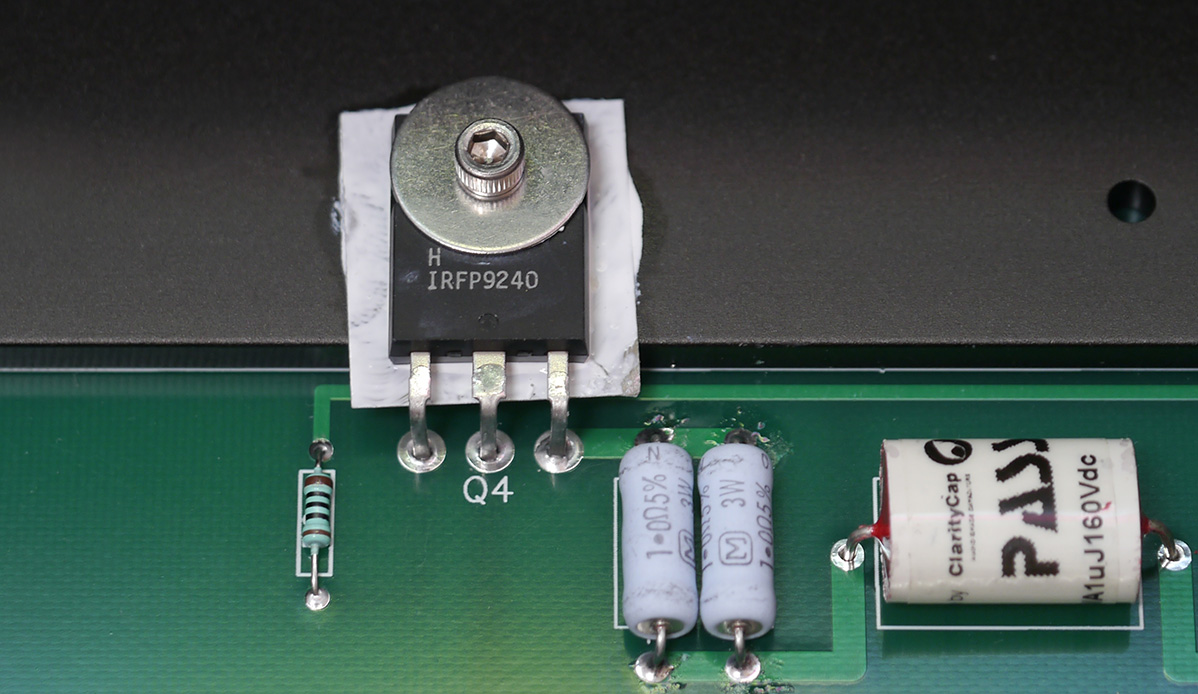 Relative to puffery but on the sales floor or in the bad-news room, there is this: