At this juncture, the arrival of Amphion's Argon 7LS—91dB/4Ω d'Appolito two-way towers with passive radiators—heralded an even better referee. So the Italians vacated the field. Having tried the Finns in the usual positions, their twinned rear-firing radiators rode a fierce resonance mode in the octave below middle C which our usual speakers do not. After an hour of musical chairs and moving speakers which chased the most useful alternate placement, I ended up in this nearfield position. The second chair marks the usual distance. This not only made beautifully linear bass into the mid 30s but approximated a very immersive giant-headphone presentation like recording engineers have it at their console. If the FirstWatters were to conspire and play it coy about their differences, I'd trip up their game to have more to say than nothing. With silver F5 and F7 flanking a black SIT-3 where the F6 too had been black to alternate from model to model, what was the aural verdict? Given my civilized use, small power offsets wouldn't really factor in any decisive fashion. I expected their THD profiles to be the dominant deciders, with damping factor a possible second. 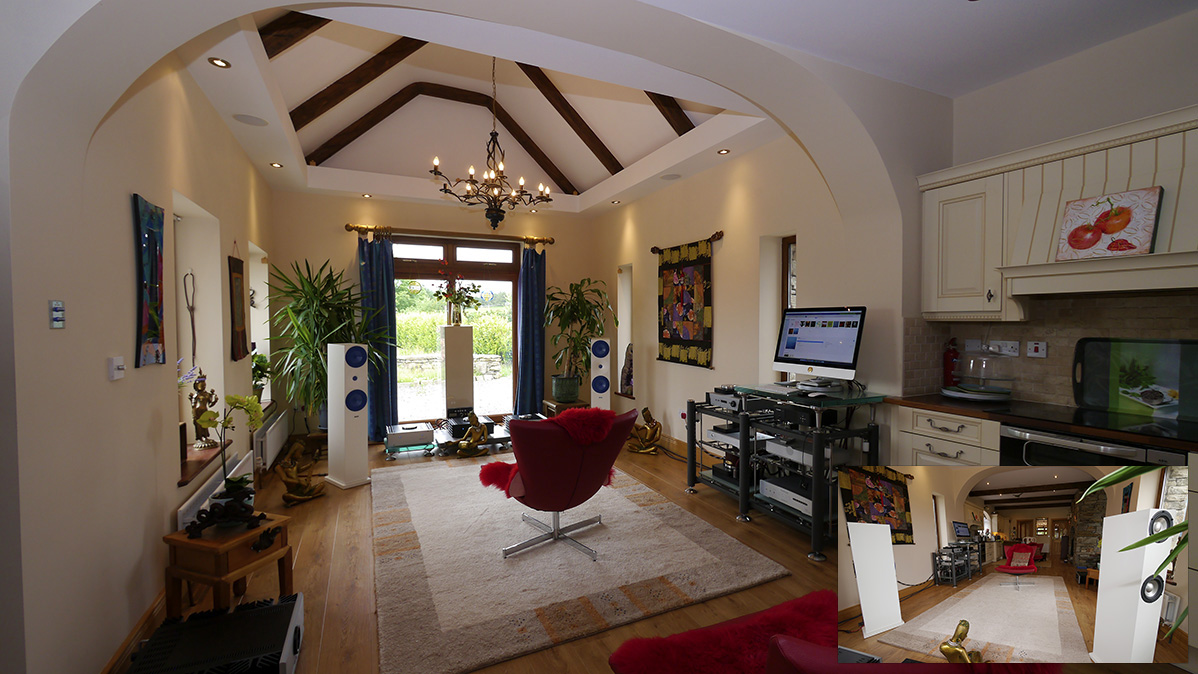 F5 versus SIT-3. This was salt & pepper and easily told apart. The F5 was the more lit up, crisp and spatially explicit and also expressed the more finely gradated dynamics. In trade, it played it shorter on the tonally more voluptuous temperamentally more leisurely side of things where the SIT-3 planted its flag. With particularly pushy vocals already teetering on the edge by how they were mastered, the F5 could go over the edge and bare some steel. By applying less exposure, the SIT-3 stepped back from the edge and had more fun with the half shadows. The F5 also was more critical of recorded noises whose absence is more conducive to hearing just the music, not certain studio shenanigans. In the low bass, the F5 was somewhat grippier though given this driver artillery, that offset was quite marginal. In temperature terms, the F5 was cooler. On perspective, it was less intimate and enveloping. On perceived resolution, it was higher. On enjoyment, it was more critical of file quality. On textures and between-the-notes stuff, the SIT-3 was more generous and redolent, the F5 cleaner and more damped. Which one you'd call salt and which pepper would be entirely up to personal preference. That one represented triode, the other pentode was unmistakable. With the F5 long out of production, the only relevant upshot of this juxtaposition was really to map the SIT-3 by contrast given the F5's popularity and well-known tuning.

F7 versus SIT-3. This was closer; Himalayan pink salt vs fleur du sel. The F-7 had the same elastic/elegiac rather than more charged progression through time though it was texturally drier. Like the SIT-3, there was a slight emphasis of soundstage width over depth where the F5 had favoured the opposite coordinates. In the bands of presence through brilliance, I thought the F7 just marginally fresher, the SIT-3 a hue darker. Both were similarly enveloping whereas on perceived tonal weight, the black amp had a small edge. On rhythmic prickliness, the F5 had it over both. From these character sketches, we'd sort the amps with the F7 in the middle though closer to the SIT-3 than F5. Believers in the one and only absolute sound would have been stumped to know which one it was. 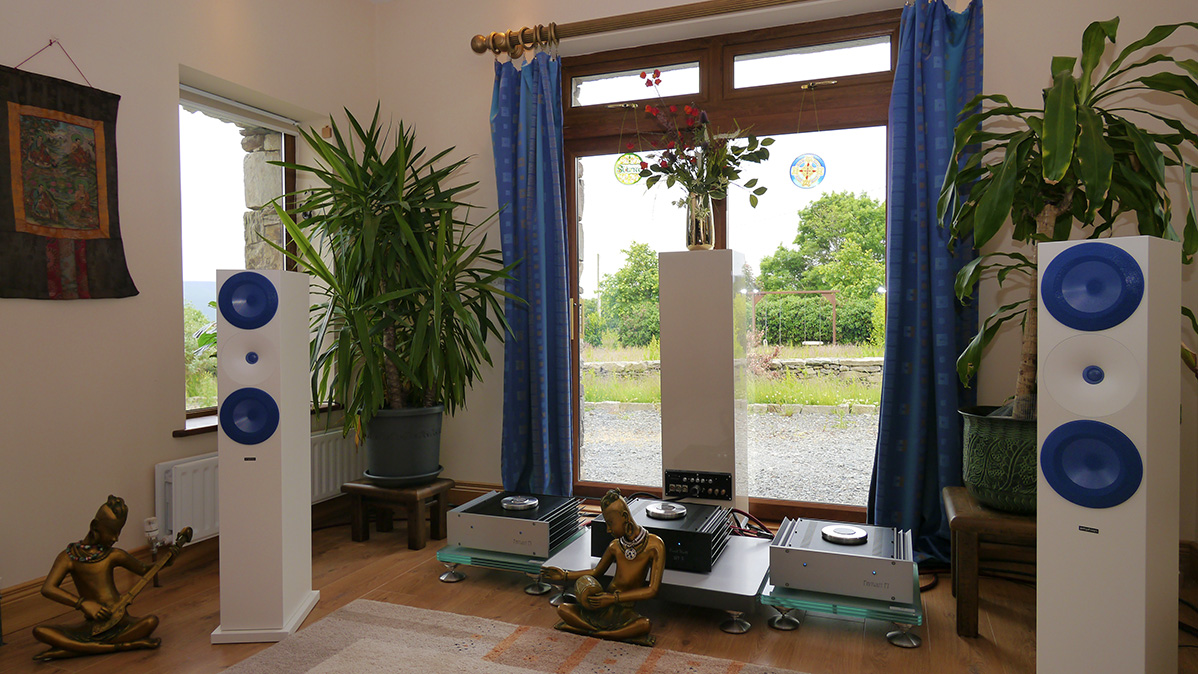 For lovers of triode tube sound, the SIT-3 should traverse familiar terrain on general gestalt and tone, less so on the even-handed linearity whereby it applies these values. Here low-power zero NFB SETs routinely act out a kind of 'artificial intelligence' which results from clearly nonlinear more heavily dosed behaviours. Those simultaneously emphasize/de-emphasize certain parts of a track. On that count, the SIT-3 played it as solid-state as its stable mates. One might thus say that it pursues recognizable tube traits without actually crossing over into the valve sector. That's a quite heady proposition and one that's potentially ideal for those who need more maintenance-free lower-impedance power with zero noise and higher damping. To investigate how the SIT-3 would do on a load traditionally predestined for probably a parallel 300B SET, Cube Audio's 10" single-driver Nenuphar presented the perfect opportunity. It also made the perfect referee to sort out the SIT-1/SIT-3 question.