Basement. Here we see the separate power supply. Its cabling exits front/back to the power IEC and upper storey. For what lives beneath the carved-from-solid aluminium heat sink, I had to ask the industrious Alvin Chee again. It likely were voltage regulators. The black solenoids auto-switch Athena to the correct wall voltage. What's plain to casual onlookers is Mr. Zhao's now familiar routine of massively paralleled small capacitors which recharge far quicker than an equivalent handful of big ones; and going very parts intense. When one buys him, one doesn't buy half-empty chassis. One buys gear loaded to the gills. It documents where our green stash went. With assembly and finish to match, it adds up to high value. Where Denafrips have carved out a special niche is combining value with globally acknowledged performance. Many people are quite happy to spend more if it means better sound. That often overlooks aggressively priced contenders which seem too affordable to be serious. Time and again, here and elsewhere, Denafrips have proven such thinking outdated. With them you really needn't spend more to be serious and get serious.

Today we test whether the brand's victory laps continue with wonder woman Athena.

Alvin Chee: "Athena's circuit is unity gain only. Like a passive, there's no extra gain beyond what the source provides. Modern sources run more voltage gain than nearly all amplifiers require to achieve full power. Adding still more gain is counterproductive to resolution and noise. Unlike a passive preamplifier, Athena's inputs and outputs are fully buffered to give stable impedance. The active bipolar output with low negative feedback and gain of 1 has unconditional drive even over long cables. And correct, the PSU heat sink covers the LDO low-dropout voltage regs." Here Athena really behaves like a wise woman, not a testosterone-poisoned young male who believes that more is more no matter what. Nomen est omen? 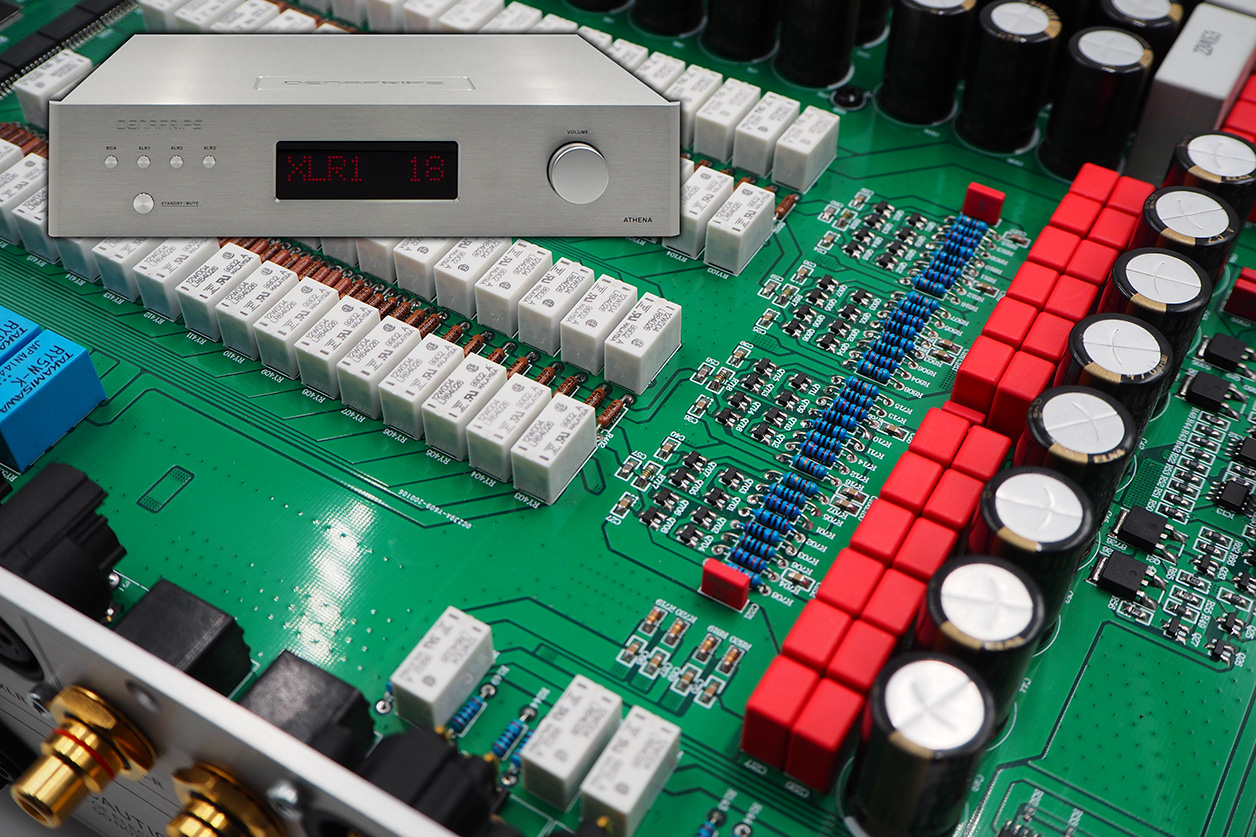 With Wyred4Sound's $3'750 STP-SE Stage II, I had another value-priced 'activated passive' fully balanced preamplifier. Below 63 on its dial, there's zero voltage gain, just pure attenuation of the source signal. Only for systems with insufficient gain do Wyred kick in some extra gain above 63. That and more expansive socketry is the main difference to Athena. In its standard version, the American gets $2'000. That's virtually on par with the Chinese. Our fully blessed Wyred version nearly doubles the ask to now sit in the next league up on price. Still, it'd be the closest Athena competitor I could muster because their concepts are so similar. Athena's fixed price includes its aluminium remote. With Wyred it's a $199 option to upgrade the standard plastic wand. The Denafrips wand controls on/off, volume, inputs, mute, display dim and the previously reviewed Avatar CD transport. That segues back to Athena being the original multi-tasking female. "Advanced microprocessor relay-based 60-step volume coupled to a current-drive Darlington array network and precision-matched military-spec metal film resistors yields perfect channel balance and ultra low distortion."