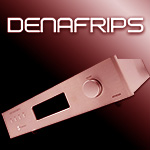 Wonder Woman. If this were a DC comic, Athena by Denafrips would be her. She was ancient Greece's original super woman. In purer than immaculate conception—so still beyond what today we call artificial insemination—she sprang clad in full armor from her father Zeus' head like a floral bud. Ancient gods were an outré bunch. They had wicked super powers and a propensity for debauchery and misdeeds. Think rape, incest, fratricide, even plain ordinary murder. Ol' Shakespeare had nothing on them. Still today, the parthenon remnants remain dedicated to Athena who'd won patronage over Athens by beating Poseidon in a competition. She created the first olive tree so was a botanical geneticist as well. She played counselor to the roving Odysseus. In the Renaissance, she became a symbol of wisdom, the arts and classical learning. Down the ages, she proved a popular goddess. She was the early archetype of the strong accomplished woman, equal of any man and supreme multi-tasker well before Oprah & Sis.

In the Denafrips heavens, Athena is the bigger of two preamps to also demand twice what smaller Hestia asks. Inside she might be two Hestias. Designer Mr. Zhao must adore strong women when his stable also has Gaia and Venus. His flagship pre is pure class A, fully discrete and true balanced. XLR dominate this business with 4 in:2 out over just 1/ea. RCA. However you enter/exit, input Ω is a usefully high 12.2k, output Ω a standard low 200. Dress code is black or silver, dimensions are 43x38x9.5cm WxDxH, armored weight is a reassuring 18kg. The IR wand is metallic as befits aspirations. All this you knew from reading the product page. Looking at its photos, you also knew that in signature house tradition, the chassis is an invisible double decker. The dual-toroidal power supply occupies the lower half beneath a central twin-layer Mu-metal shield, the signal-path circuit with massive capacitor bank the upper.

How about gain stages, output devices, voltage gain and bandwidth? For that I had to ask Alvin Chee, proprietor of Singapore's Vinshine Audio, global reseller for Denafrips. In hifi direct sales, he's become a top ambassador for top-quality fairly priced kit from the People's Republic. If you have misgivings about current Hong Kong events, like millions of hard-working Chinese, Alvin and Denafrips have nothing to do with it. One can't paint an entire country with the brush of its regime. If one did, all Americans would be tainted by their 2016-2020 presidency. End of pesky but necessary detour. 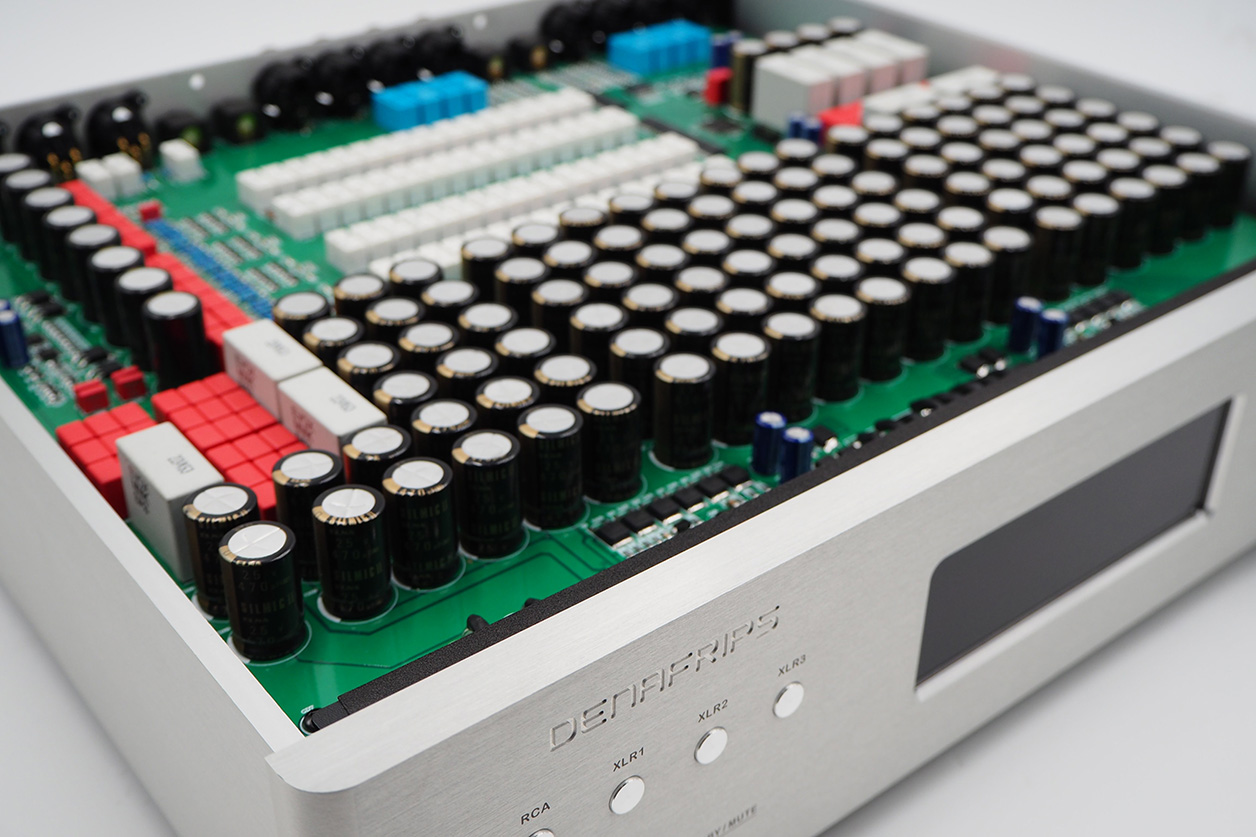 In the lid-off photos, we saw four rows of white relays whereby Athena switches her resistor matrix in fully balanced 'quad' mode. Here many preamps with XLR i/o cheat. They use single-ended volume to not be fully balanced. Athena is balanced front to back. Attentive readers noticed 4 x XLR inputs yet just 3 XLR input selectors. "XLR4 is a direct input not routed through the selector relay. The signal connected to XLR4 will be attenuated and available on all outputs for customers with a single source who want the purest signal path possible." That's novel.