Made for hifi. Exicon's lateral Mosfets really are. They aren't repurposed from other industries which trade in far higher volumes than boutique high-performance hifi. It's why these special UK parts also show up with Bakoon, Enleum, Goldmund, Kinki Studio, LinnenberG and Nagra; all amplifier brands whose sound I fancy. In today's high-impedance headfi mode, I suspect that four per channel deliver rather more current than strictly needed. At least the assured control which those parts exerted over my membranes/domes suggested it. By control simply don't envision the very short leash a wrangler might use on an aggressive strong dog that pulls like mad. Silver Fox didn't sound held back, overdamped or forced. Au contraire. Its control behaved as though usual drivetrain gears had been omitted for the most direct connection thus transfer of power to moving air. No intermediary mechanics in the process, no remnants thereof in the sound. That's my layman's pointer for a peculiar pressurization effect which had colors and mass pop as though charged by spare electricity. 'Vibrant' is another word which suggests this state of action. Likewise for 'vitality', 'verve' and 'vigor'. All point at this projection power or radiance which informed all of my listening to the Silver Fox. Our AMP-23R prioritizes more subjective speed. That feels leaner, more lit up or overtly resolved. The Cen.Grand combined mass with momentum like a very firm heavy-set man who simply moves with the graceful elegance of a ballroom dancer because he's fit not gelatinous. It's in this specific sense that the 9i-906 revealed what it is: very powerful. It simply was never overbearing, stifling or muscle-bound.

Toggling impedance settings to see which played a given load loudest—that shows optimal power transfer—'high impedance' got significantly louder on 60Ω Susvara. So try all four settings regardless of the numbers. Ditto for operational modes. BTL generates the most power. Into demanding loads like 83dB Susvara, that clearly showed off firmest grip, most precise focus and jumpiest dynamics. 16Ω 105dB Final Sonorous X meanwhile was ideal for exploring 'normal', 'parallel' and 'active ground'. These differences were mild. Think of their magnitude as just slightly higher than most digital filter options on an ESS DAC. I heard the effects as primarily changes in edge articulation to operate in the textural realm of softer/harder. Where bridge-tied mode doesn't sound obviously best, the other three options become a fine-tuning feature. Successive button pushes toggle through them on the fly for instant verification.

None of my loads unearthed any electrical noise. Tombstone time for the church mice. Absolute power with no corruption. The toroidal power transformer merely played odd man out by exhibiting minor slip when the deck was moved about during unboxing. That slip is by design. Overtighten the transformer's fat mounting bolt and generate mechanical hum. Leave it as is and it'll be silent. The volume knob's haptics and smooth continuous operation gave very satisfying mechanical feedback of luxury. Equally locked was the fixed intensity of the display and power button; neither too bright nor too dim. Silver Fox really is the highly dialed machine its name plays up. 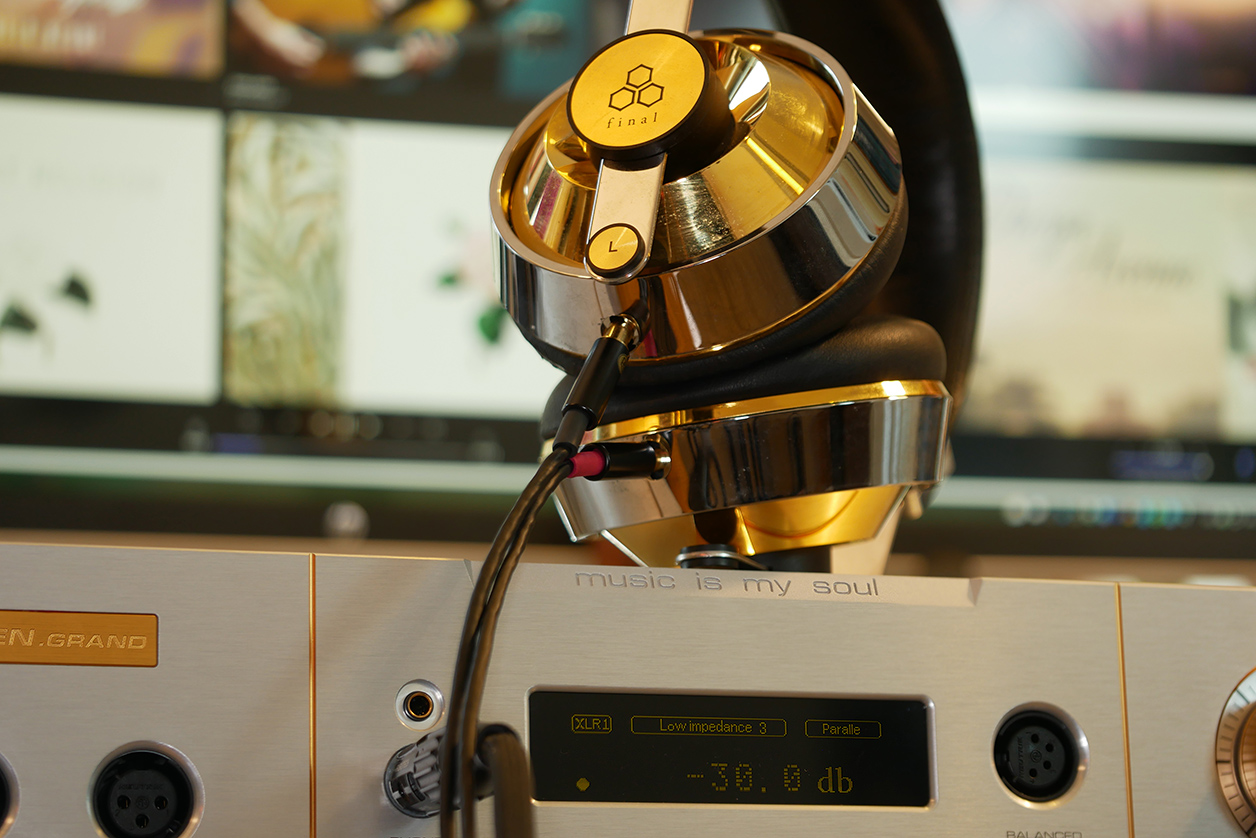 Final Sonorous X with Audio Art Cables 6.3mm leash. 'Paralle' lacks one 'l' which ought to still get fixed with a minor firmware reboot.

I was particularly impressed by how its pincer attack of mass + momentum gripped the Audeze LCD-XC without ending up in Chocolate Camp. That warrants an explanation. Regular readers know that my favorite headphones are Raal's SR1a ribbons followed by HifiMan's Susvara. Because I already owned the latter when I crossed path with Kennerton's Wodan, I returned the fab Russians to St. Petersburg post review. Otherwise I'd have acquired them for pennies on Susvara's pound, gained superior build quality and netted virtually stand-in performance. My 3rd headfi tier includes Final's D-8000. I rate Meze's Empyrean similarly so sent those back as well. In my collection Audeze's pre-Fazor LCD-2 gets very little play these days. By contrast to my top options, its thick hooded voicing simply hasn't aged well. Silver Fox's way with the closed-back Audeze now maximized their trademark saturation and density in fully energized fashion. It's an invitation to cull from Zu's vocabulary of push, shove and pop. It's those qualities which the 9i-906 bolted onto the Audeze like go-faster accessories. 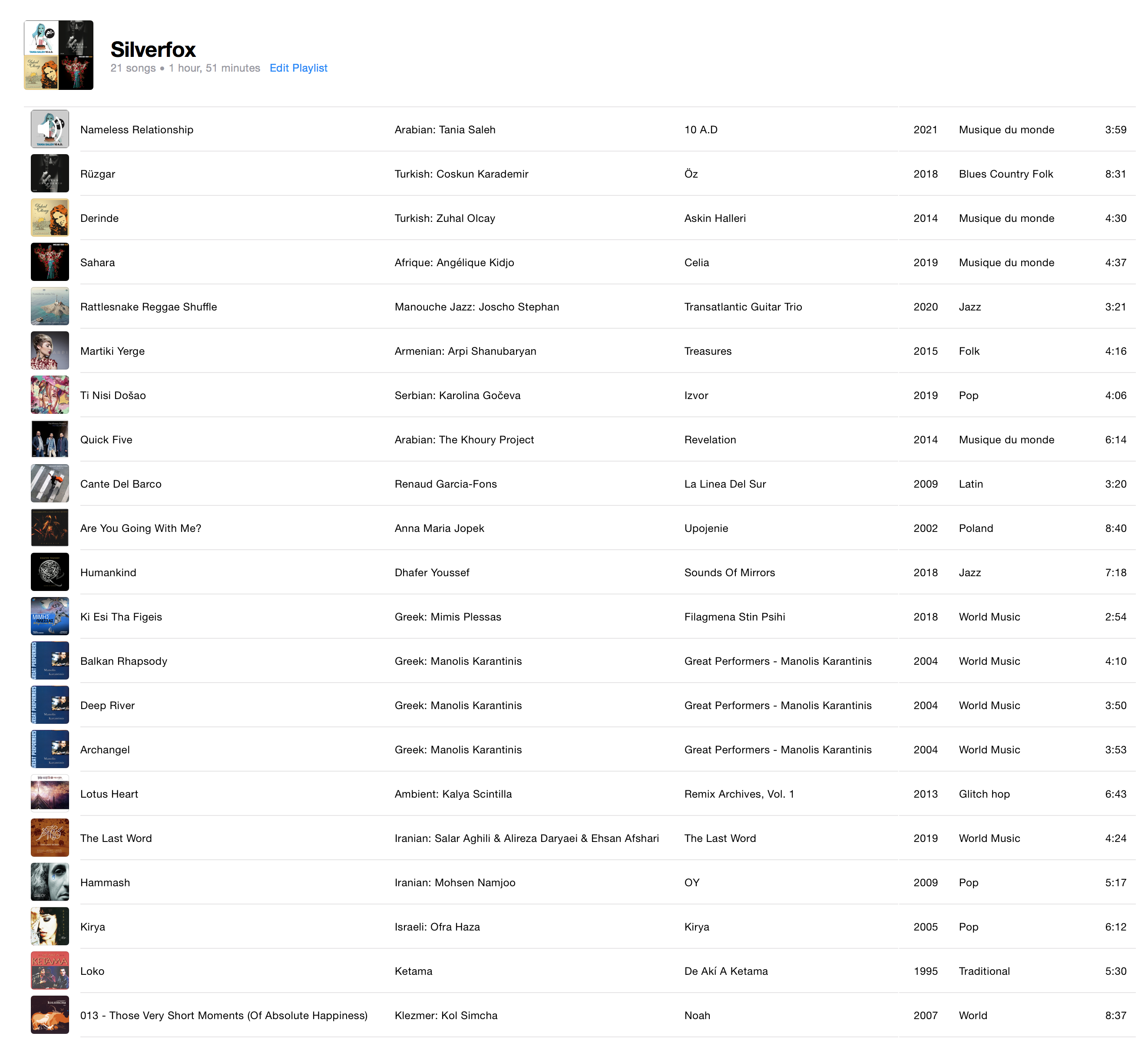