If you now question "why haven't we heard of Cen.Grand before?", the answer must be strategic planning on their behalf to first develop the necessary infrastructure and design expertise before attempting to compete beyond China's own borders against the best of the West. And that would suggest a mature long view and real seriousness of purpose. Those don't skip vital steps and building blocks by being in a shortsighted hurry. First impressions matter. It's quite hard to take back a bad one; especially in an overcrowded interconnected market where buyers have endless choices. There are also cultural differences and associated expectations one must learn before one can play to them successfully. Or as Audio.Next put it, "Cen.Grand are currently still unknown in Europe; but at one point, that was true for any other brand. Whether they can establish a foothold here only our market can decide. But that they have real potential we're certainly quite sure of." 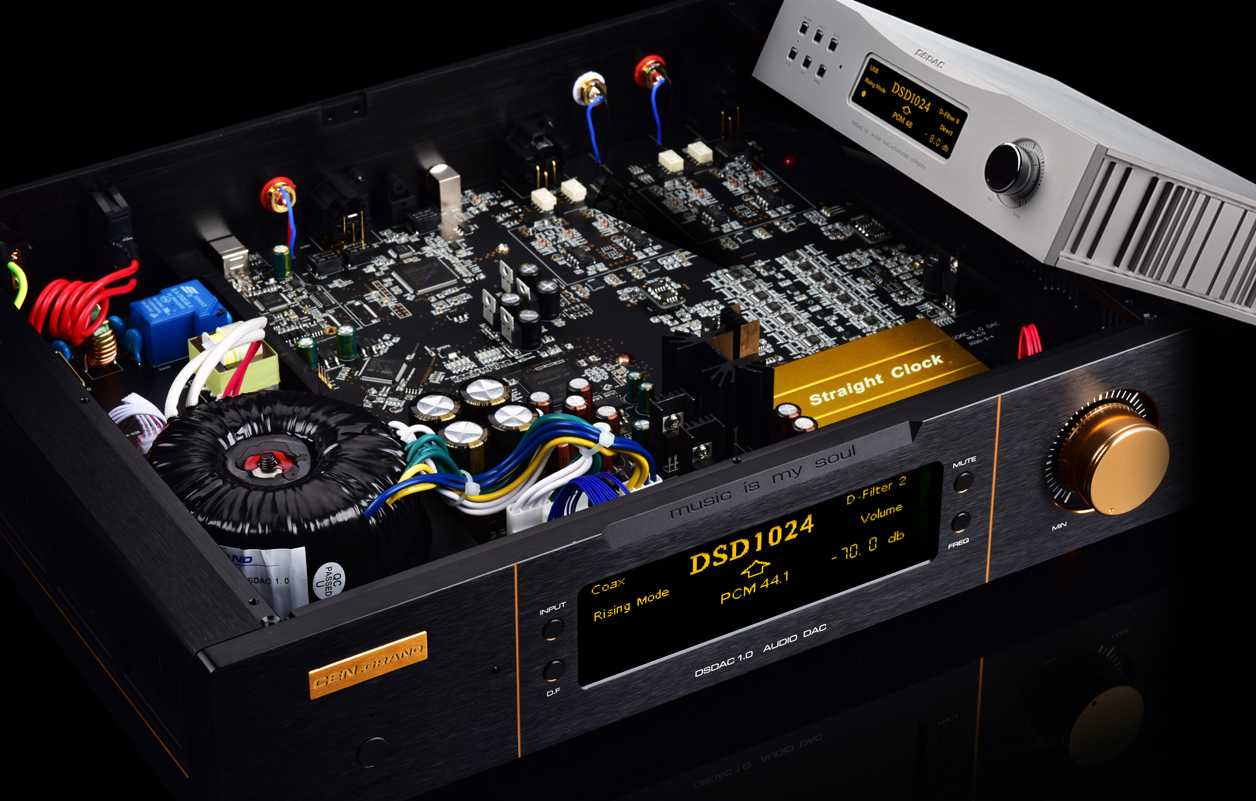 To kick off our first coverage of the brand, Mr. JianHui Deng dispatched a Silver Fox to Ireland via Audio.Next. Its obvious ambition is as a drive-anything true flagship device. In China it apparently holds the record of highest sales for most expensive domestically produced headfi amp. As we've seen before, the times of China being exclusively associated with cheap products are long behind us. While there's no shortage of ongoing budget kit, the Middle Kingdom also produces top-tier wares from Apple computers to Hongqi SUV. Tourbillion movements from Peacock and Sea-Gull end up in boutique watches branded as Swiss made whilst a Memorigin Jonquet proudly made in China sells for more than $250'000. Meanwhile smartphones from Oppo and Xiaomi compete directly with Samsung and Apple in what might be the most fiercely competitive sector of consumer goods. Clearly the country isn't lacking for engineering or manufacturing excellence. In hifi, the main challenge has always been one of distribution. Audio.Next already represent Auralic, Burson, Dan Clark, Enleum, Feliks, Lotoo, Manunta, Rose, Rosson, Sendy, sound|kaos, SOtM and Warwick Acoustics. By adding Cen.Grand to this mix, we get a clear sense for how they view them.

[Above, discontinued media player. A new one is planned for 2023 which won't use async USB but support multi channel.]

By making a living in the market, importers/distributors have a very keen nose for competitiveness. It's the edge which a product must have to even stand a chance. Only that warrants the time, money and energy of being added to an existing portfolio then marketed. Competitiveness includes aesthetics, fit'n'finish, featurization, pricing, packaging, overall presentation including the maker's website, tech support and finally, sonics. We should safely assume that Audio.Next checked off all these boxes before they signed their Cen.Grand distribution contract. It's deeper homework than any of us reviewers could do. It's thus fair to point out. 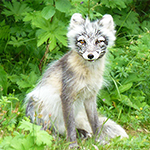 What's in a name? A silver fox isn't a discrete species different from the ordinary red fox. It's a kind of albino version so more rare. Anthropomorphized, being called a fox suggests cleverness and attractiveness. A silver fox meanwhile generally refers to an attractive middle-aged man of mostly gray or white hair. Hollywood considers George Clooney and Richard Gere two of its silver foxes. There's also the French éminence grise as a person who 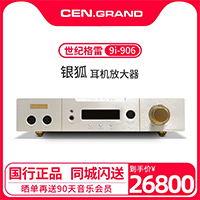 exercises power or influence in a certain sphere without holding an official position. Again the word 'grey' reflects age as experience from maturity. All of it makes for quite the loaded meaning for an elite headphone amplifier. It's a really good name; far better than 9i-906! Actual silver foxes of course don't start out life being majestic. As pups they're still scrawnier. And cute; which probably isn't the association JianHui Deng had in mind for his most powerful headphone amplifier. So let's stipulate a fully grown magnificent silver fox with a luxurious plumed tail and feral copper-tone eyes. Done.

Because my sample would be the first one which Audio.Next flew in—they'd started the line with the smaller 9i-92SA III HifiStatement reviewed—European pricing still had to be set. The mainland China retail price was RMB26'800. The day's currency converter put that at €3'900. Factor ever-rising ship fees, German VAT and classic distribution. I estimated ~€5K for the likely EU sticker so a serious piece of kit not just in photos and specs; closely on par with a Bakoon/Enleum AMP-13R/23R but more full-featured for pure headphone use and more powerful still. There are four inputs, two each RCA and XLR; four selectable modes of operation for the quad pairs of output Fet as shown next; and four impedance settings. The RCA inputs are symmetrized internally so they too can benefit from bridged power. Power bandwidth is 20Hz-20kHz (0.2dB) and net weight 12kg.

Carsten Hicking of AudioNext: "The suggested retail price for the Silver Fox including 19% VAT has now been set at €4'499." Lower than expected. Adding VAT to the PRC retail alone nets €4'641 and doesn't yet account for shipping. Carsten's math was consumer friendly not greedy. This was as close to a fixed global price as possible. Spot on!

"In recent years more and more flagship headphones present ever higher amplifier challenges to demand that the traditional idea of a head amp be revised. Due to original low-gain needs, traditional circuits were very simple. Those are no longer appropriate for this new breed of no-compromise loads. So the 9i-906 design adapts a high-power amp of 124 transistors in the main circuit and more than 1'200 parts total. Of course if we just used a standard speaker amp on headphones, the result would be terrible. Many parameters must optimize including rail voltages, gain, bias and feedback. Most important of course are the constant sound adjustments during R&D based on actual listening tests." 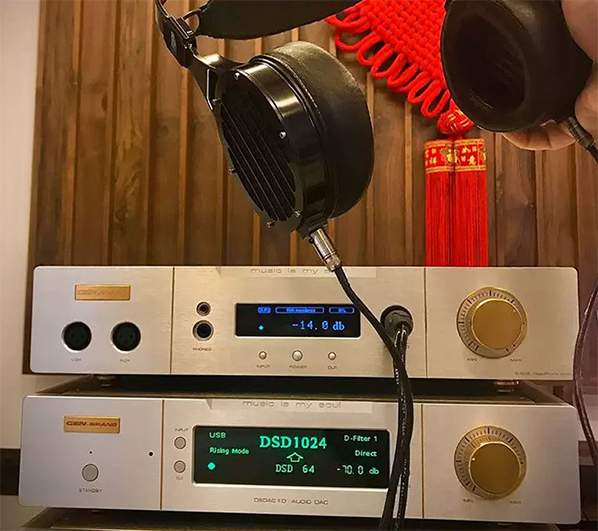 "With careful tuning and parts selection, the 9i-906 eventually became our Silver Fox. It not only maintains strong drive on challenging headphones of low sensitivity but remains soft and delicate with IEM. To secure such powerful drive regardless of input type, single-ended signal converts to balanced to output in BTL mode. While this adds some noise on the oscilloscope, it's worthwhile. Given our complex circuit, the noise level of Silver Fox isn't as low as that of head amps made specifically for high-sensitivity IEM.

"But you will only hear faint noise when using ultra-high sensitivity IEM because our circuit has three different low-gain modes to cope with such loads and insure that you won't be disturbed by background hum."During R&D, reference headphones included Sennheiser HD800/800s, HifiMan Susvara, Abyss 1266 and several Focal. All of them worked very well."

To me of course, running ultra-efficient IEM off a stationary amp groomed for high power would be the height of idiocy. Just so Mr. JianHui Deng accounts for it. But it won't really be the right tool for the job just as towing a trailer with a Mini Cooper isn't. It simply highlights the scattershot challenge of using the same ammo to hit an 83dB Susvara, 98dB Final D8000, 112dB AKG K802 and 120dB Moondrop Chu.

It's a big challenge to control mutually combative high gain and low noise when on/in-ear proximity and from good to virtually total isolation of ambient noise magnifies remaining self noise. The ambient noise of typical rooms is 30-40dB. That's when no music plays. Signal or self noise lower in amplitude isn't audible. Remove exposure to much ambient noise with well-sealed headphones then factor ~40dB sensitivity range from least to most efficient can. A drive-anything flagship headfi amp is probably second only to a phonostage in hifi migraines. Proving equal to them becomes a badge of engineering chops. Now we appreciate why this Silver Fox might be a source of special pride for Cen.Grand. Kicking off our brand coverage with it thus seemed an excellent idea.

The duo of head amp and DSD1024-resampling DAC shows a united cosmetic front except for display colors. Lack of stylistic cohesion remains a challenge for many Sino brands where various models pursue dissimilar cosmetics to not look like they come from the same stable when stacked. Why does this Silver Fox rock a blue display when mine did it in yellow/orange? "The blue display was our first version. When we learnt of the short life of blue displays, we discontinued it. At the beginning of 2022, we also upgraded the Silver Fox volume-control chip from PGA2310 to Muses 72320. That changed the max volume to +5dB. When you increase the volume past 0dB, the gain is from this chip. When the volume reaches +5dB, it triggers the protection circuitry."