"Geometries. As with most things created by humans, we often look at the aesthetics first. The success of any product is largely determined by its appearance. Who creates that? It's designer of course. Ideally he/she possesses an excellent basic knowledge and understanding of what is being given life to, not just a degree in industrial design. Speaking about the geometry and appearance of the Binom-1, it's a perfect example for correct technical solutions joining a magnificent appearance. This was a lengthy labor like giving birth and took me many years of painstaking work. Wine does not mature in May. Also, the creator himself must mature. A beautiful airplane must fly well and a beautiful loudspeaker sound great.

In the classical electrodynamic driver with conical diaphragm, sound distorts as a result of intersecting waves emitted by different surfaces.
Even a flat diaphragm with an ordinary suspension still suffers some secondary sound generation. | The Binom A1 driver's inverted suspension and maximally forward diaphragm avoid it.

"Compared to classic cone drivers, a flat diaphragm has several advantages. The most important is that all waves radiate from just one surface without suffering intersections and reflections. It is also very important that the diaphragm including its suspension be really flat. To avoid the effect of a miniature front-loaded horn, the toroidal rubber shape of our surround is inverted and the diaphragm pushed forward maximally [far right]. 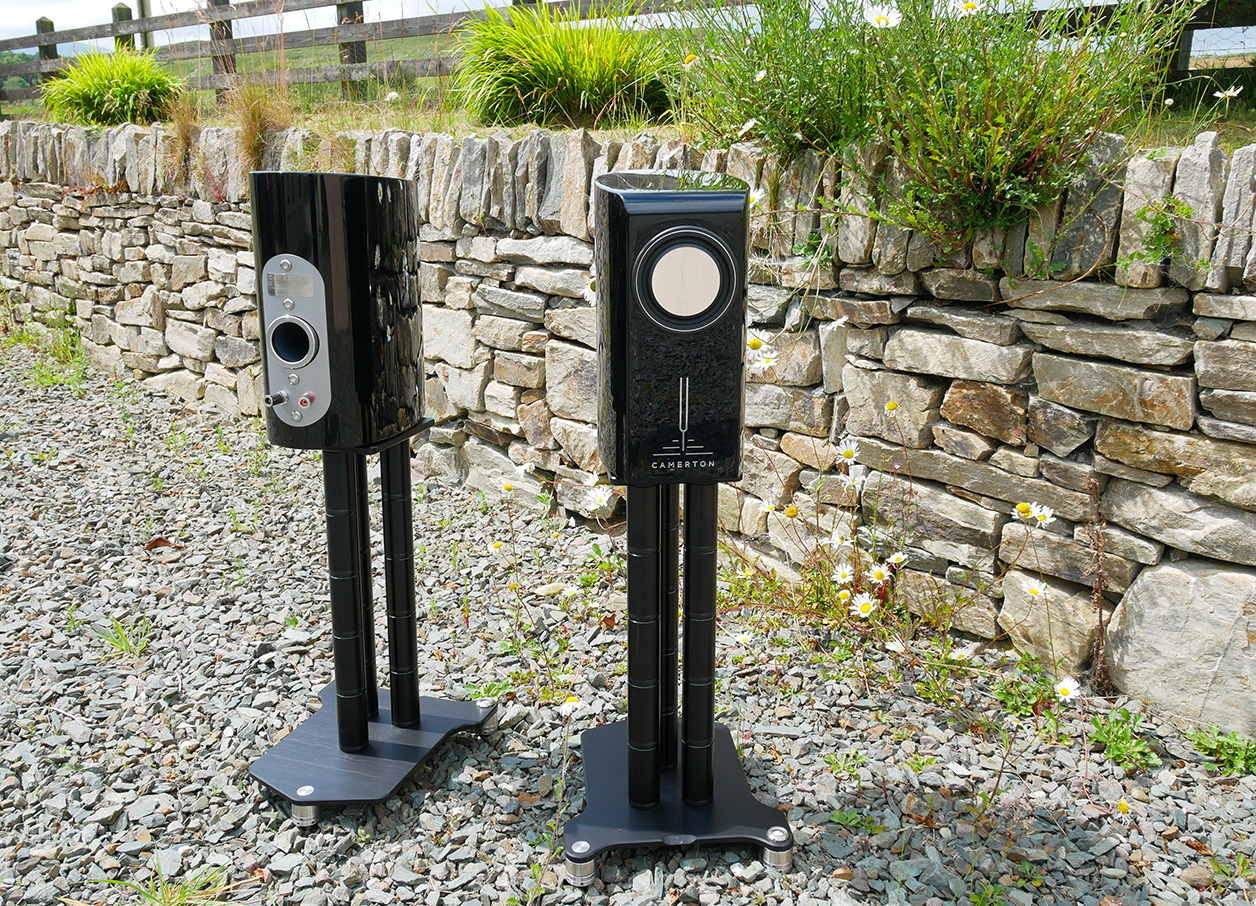 "The benefits of a flat-diaphragm driver can be greatly compromised if there are two or more drivers in the system. This is due to inevitable wave diffraction and interference between them. That's why the Binom-A and A1 drivers were from the onset developed to be operated across the full audible bandwidth. The absence of fasteners on the front of the driver also made it possible to solve both aesthetic and technical issues. On the one hand, it allowed us to reduce the external diameter of the driver and create a very elegant loudspeaker with a baffle width of just 144mm (!). On the other hand, this is exactly what the sonic parameters of the system required to achieve a complete absence of reflected waves in the horizontal plane. This reduces the radiation angle in the vertical plane and forms an anisotropic radiation pattern to reduce the impact on the sound by a room's ceiling and floor. ['Anisotropic' refers to a property or phenomenon which varies in magnitude according to the direction of the measurement – Ed.] The only purely décor-based details are the round diamond groove on the driver basket and the pure 0.2mm chrome logo on the front panel." 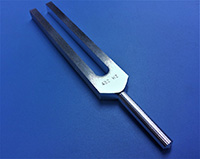 Wrap. Camerton is Russian for tuning fork. One such symbol thus parts this sea of flawless black lacquer to prompt a very long-ringing ovation.

True, single-driver speakers no longer are new again. Today a handful of companies like Cube, Rethm, Voxativ and Zu have specialized in their revival. But solo widebanders of such compact dimensions which achieve the Binom-1's bandwidth haven't been available.

Being so now is both rare tech success and persuasive argument that at least for one fundamental performance quality, this approach exceeds traditional multi-ways. Designer Oleh Lizohoub explained the 'why' and 'how' of it. My listening notes described how on headphone-like directness—simply in big open space to be out of the head—his speaker had the distinct edge over top-quality traditional two-ways, even a four-way in its own price range. Only one other ultra compact on hand joined it in the same advantage zone; and that too used an even smaller widebander to make the point.

The point is this: should one hierarchize the quasi direct-coupled immediacy of headfi at the very top to demand it also from regular loudspeakers, Camerton's approach seems best. Compared to traditional Lowther-type widebanders, it lacks their innate forwardness which, colloquially, became known as the 'Lowther shout'. 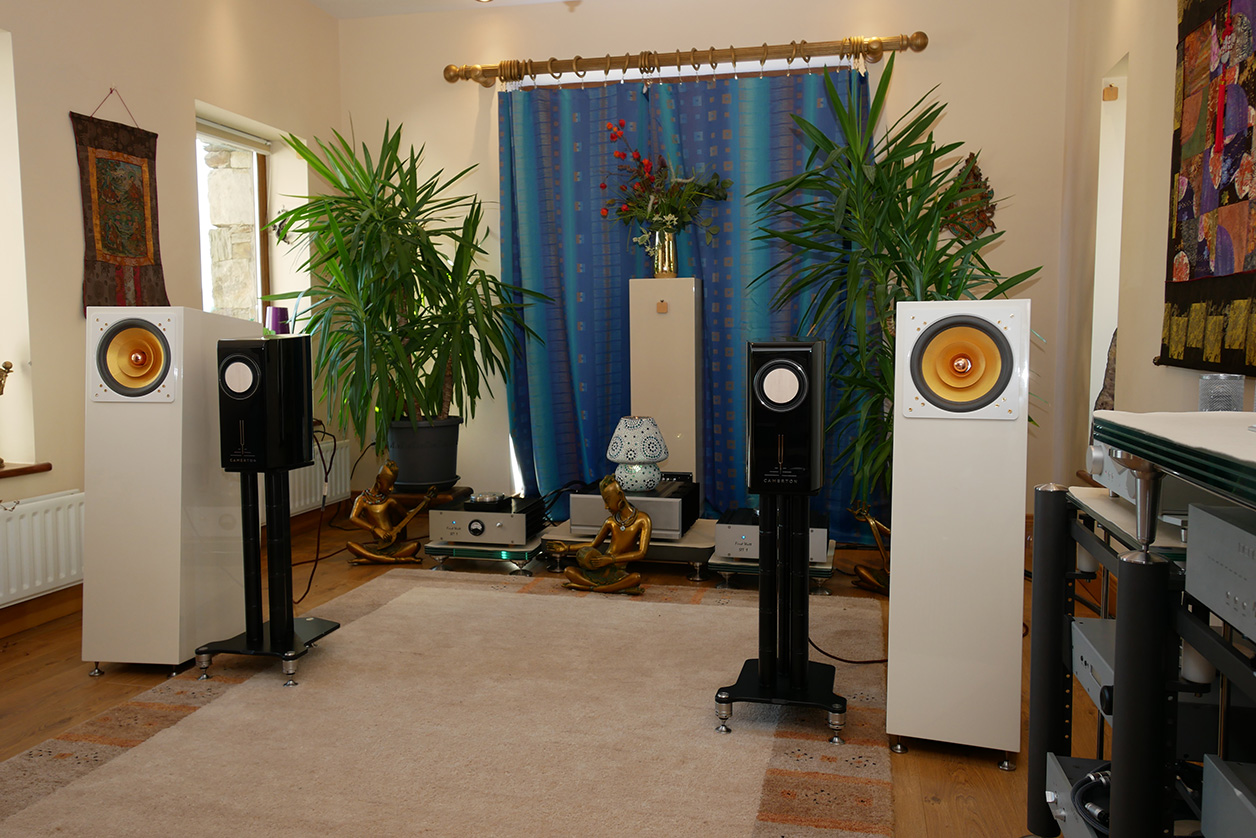 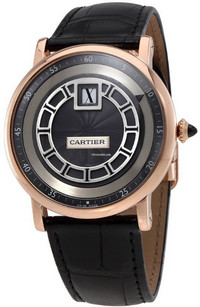 Going with a small single driver thus was a very necessary 'complication'. That with an execution this uncompromising the end result would come at a price shouldn't be a surprise. It performs at a commensurately high level. The confounding thing is that it arrives there with far less material excess than any of the current global competition. To the vast majority, that could disqualify it from consideration.

"Too simple but costly" would be the grudge.

The Binom-1 is for the far fewer who understand the inexorable logic thus validity of its design; and for those who would judge it purely on performance not means. Either way, Camerton's Binom-1 strikes me as a world's first. It truly is a magnificent and astonishing achievement.

To driver it home visually, above it shows side by side with Cube Audio's Nenuphar. That 10" widebander's biggest of three whizzers has a slightly wider diameter than Camerton's entire diaphragm. Achieving equivalent bandwidth from a fraction of the Pole's cubic volume does retaliate with lower voltage sensitivity to require exactly 10 extra clicks on the Vinnie Rossi L2 Signature Preamplifier for equal SPL at the ear.

So use a more powerful amplifier than the typical SET crowd. Remember the 50-watt Holton Inviso.

With €15'900/pr for our award-winning Nenuphar, the Binom-1 slips in comfortably below and whilst it does require a stand, Oleh's budget version adds just €400/pr. To revisit our earlier horology hoopla, perhaps Berlin's newest entrant into the global widebander portfolio is a kind of Rotonde de Cartier watch? Its jumping-hour window was surrounded by an outer ring whose moving arrow marked the minutes to eliminate any battles with a hand obscuring the hour window. If you found this Cartier watch on the used market today, it'd cost you a lot more than the Binom-1. 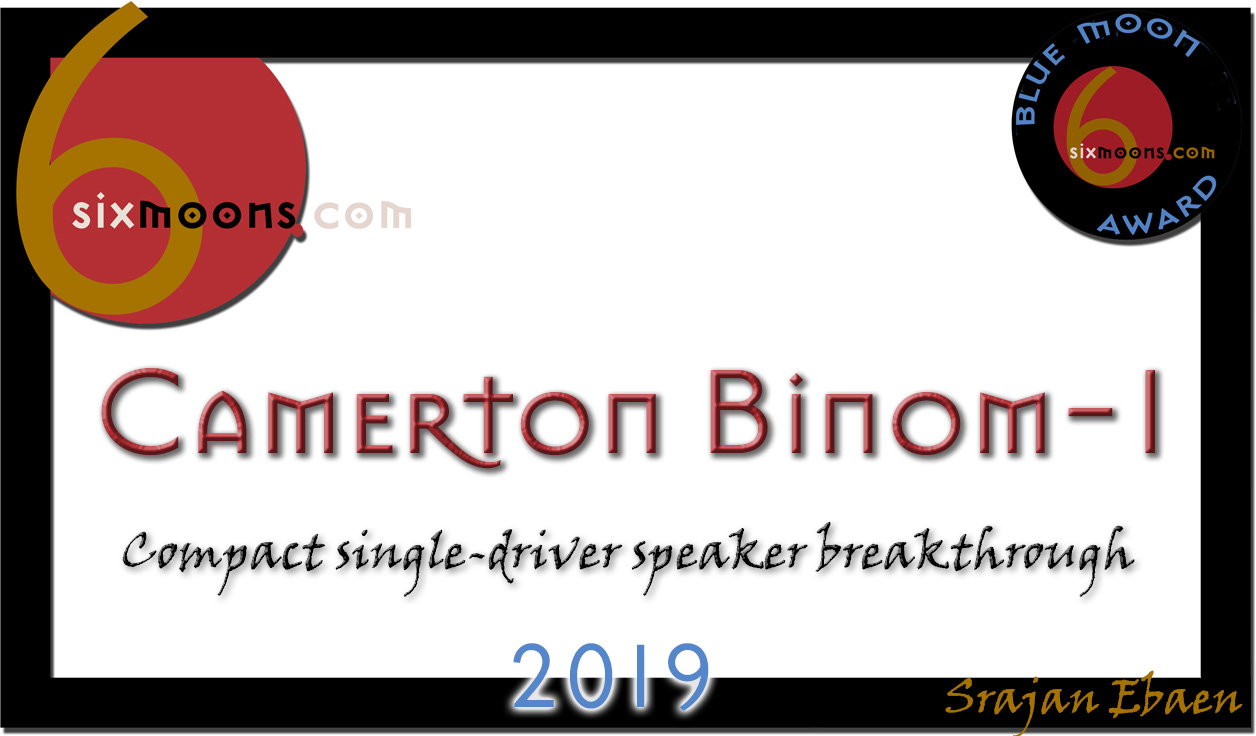 Where the Cartier and Camerton overlap is being pure luxury; being costly complications; and arriving at the most elegant simplicity because of it.

Where they depart is with the Binom-1 being perfectly current, contemporary and available whilst this Rotonde de Cartier no longer is.