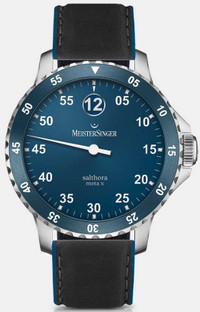 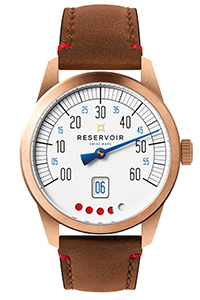 Horology hoopla. Take the Meistersinger Salthora Meta X and Reservoir Tiefenmesser Bronze. At €2'500 and €4'100, those are far costlier than a full-featured Casio quartz that'll keep better time, adds day/date and count-up/down timer modes, back lighting, photo-voltaic power and a satellite uplink to an atomic clock for extreme self-corrective precision.

For a buyer of mechanical watches, such quartz niceties are irrelevant. These two models might be of interest precisely because they do away with them. Instead these jumping-hour designs use a single hand to mark the minutes. As soon as that hits 12:00 but no sooner, what elsewhere would be a typical date window shows the new hour. It's super clean and easy to read. But making such a synchronized switch this accurate for a spring-driven time piece isn't peanuts.

The Reservoir goes further. The Meistersinger's skinny hand still crosses the window about seven minutes each hour to partially obscure it. That's conceptually inelegant. So Reservoir shortened the usual 360° travel of their minute hand to 270° to require not just different gearing but a retrograde jump from 60 to 00 every full hour. Now the hour display is never covered up. No doubt that's the far more elegant solution. It's also €1'600 more. Elegance costs. Beauty does. Women know.

Reservoir even made their minute hand bidirectionally adjustable without it interfering with their jumping-hour mechanism, then added a power reserve indicator. Either way, both firms made the job of telling time in hours and minutes (forget seconds) far more complicated than it needs to be. Hence the watch term complications. It delights in the mechanical ingenuity and manufacturing finesse required to pull off such chicanery in the very limited space which is accorded to an actually wearable watch. So do admirers who buy such watches. They pursue craftsmanship, exclusivity and other factors beyond raw utility and functionality. 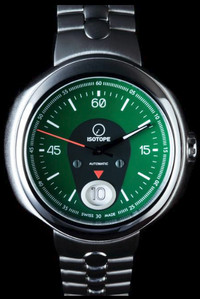 Which caught us up with the Binom-1. Thinking folks must wonder. Hasn't Oleh Lizohub made his job unnecessarily complicated by insisting on a single small driver, no filter and a small box to do what most everyone else does for far less coin with more/bigger drivers, bigger boxes and a crossover? It's one thing to applaud his ingenuity for pulling it off. It's another to want to fund it unless—and that'd be unlike our horology hoopla—he actually managed to tell time more accurately or in our case, make better sound. Now purist/minimalist wouldn't be a complication for its own sake where the more complicated and outlandish it becomes, the higher its appeal and price. Now it becomes a fundamental prerequisite to achieving superior performance.

The only way to even approach answering that question of necessity is to listen to conventional speakers of equivalent bandwidth. I'd be using the Kroma Audio Mimí, Albedo Audio Aptica and, for another small albeit heavily augmented widebander, the sound|kaos Vox 3.

Of course pursuing a watch, speaker or any other appliance for how it does its job rather than just how well is perfectly valid. We all buy things not just for raw utitliy. We also buy them to satisfy our sense of beauty or uniqueness. Sometimes in fact the thing that really clinches a buying decision is our philosophical sympathy with a particular design approach. Putting a financial value on such deciders is well beyond the pay grade of a lowly audio reviewer. So let's focus back on comparative sonics to learn whether Oleh's 'unnecessarily complicated' recipe possesses unique sonic attributes which experience suggests aren't achievable by other means. If so, we could have spared ourselves this entire detour through haute horlogerie and related complications [Isotope Rider jumping-hour watch with second hand at right]. Still, perspective is useful. Doing a speaker with one small widebander, no rear horn and no quarter-wave box but subjectively complete bandwidth, is a major complication. If it weren't so, we'd see Binom types everywhere. Instead in 20 years of audio reviewing, this was a personal first though I'd seen Omega models which place a small widebander into a rear-ported box. For these next sessions, the Binom-1 moved into the big system fronted by 200-watt class AB LinnenberG Liszt monos. 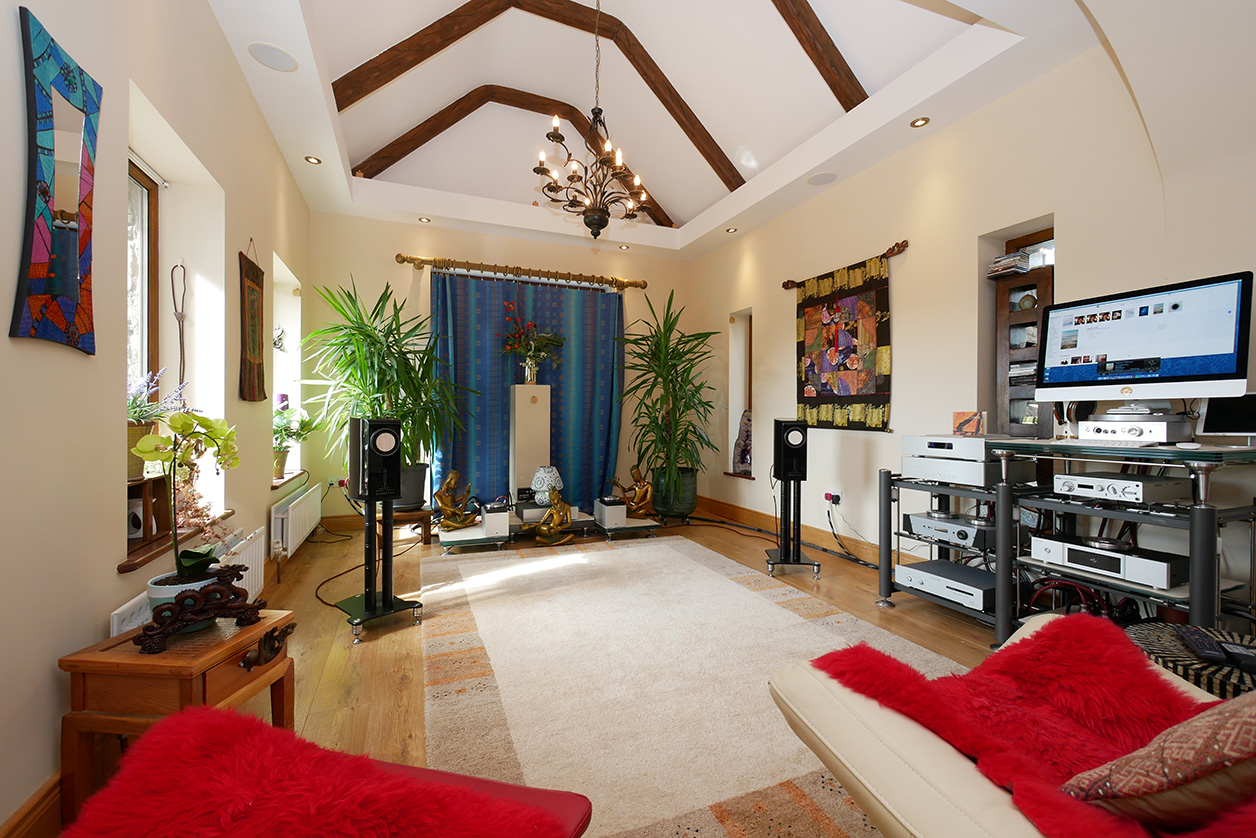