Get a room! It's what I think when a movie's protagonists get frisky and I'm in no mood for another banal sex scene that does nothing for the story. It's what you should be thinking with this Boenicke. Our smaller room is roughly the same size as the downstairs 'bay' except that the latter opens into big open space. Upstairs means a lower ceiling, built-in shelving on the front wall and half the distance which the speakers can move away from it given two doors. The upshot? Less staging acumen, lower treble prowess. Reduced depth was a basic function of distance plus more stuff between the speakers. Less HF brilliance was due to more diffusive/absorptive than reflective elements on the front wall. Sven's rear tweeter couldn't do its job in full. The takeaway is that more so than with ordinary speakers, the W8's overdrive only kicks in when both room and setup within the room present optimal conditions to trigger it. What downstairs had been categorically spectacular was perfectly good upstairs; just without the twin-turbo adrenaline. With all the preceding hardware having previously featured in the bigger downstairs system, this offset really was predominantly the room, not wildly different tiers of ancillaries. So get a good room!

Because I could, I next looped our 2 x 9" force-canceling Dynaudio 18S subwoofer into the signal path. For that I connected it and W8 to the active, analog and fixed precision Linkwitz-Riley 4th-order @ 40Hz hi/lo-pass filter in my custom icOn 4Pro SE autoformer preamp. Whilst that tacked on 20Hz which amuses me on certain electronic chicanery from Al Gromer Khan to Mercan Dede, the primary benefit was the higher drier damping across the low and mid bass. If that's the kind of bass you grok—I do, guilty as charged—the recipe of the dual-filtered sub/sat trio makes a fabulous alternative to pursuing anywhere near equivalent bandwidth from costlier and bigger but still fully passive speakers. In the Swiss catalogue, the W13 builds in active balanced-force bass for that very reason.

What the upstairs install demoed too was the W8's penchant for hitting its full stride farther up the SPL scale. Downstairs the bigger cubic volume and distances support higher output. That had really turned over the system's engine. At the scaled-down levels I practice in the smaller room, the W8 didn't open up the same as for example our usual sound|kaos Vox 3awf do. So I'd not single out the Boenicke as a hifi whisperer; not that many people look for one in the first place. It's just a small footnote on the general W8 tally sheet. 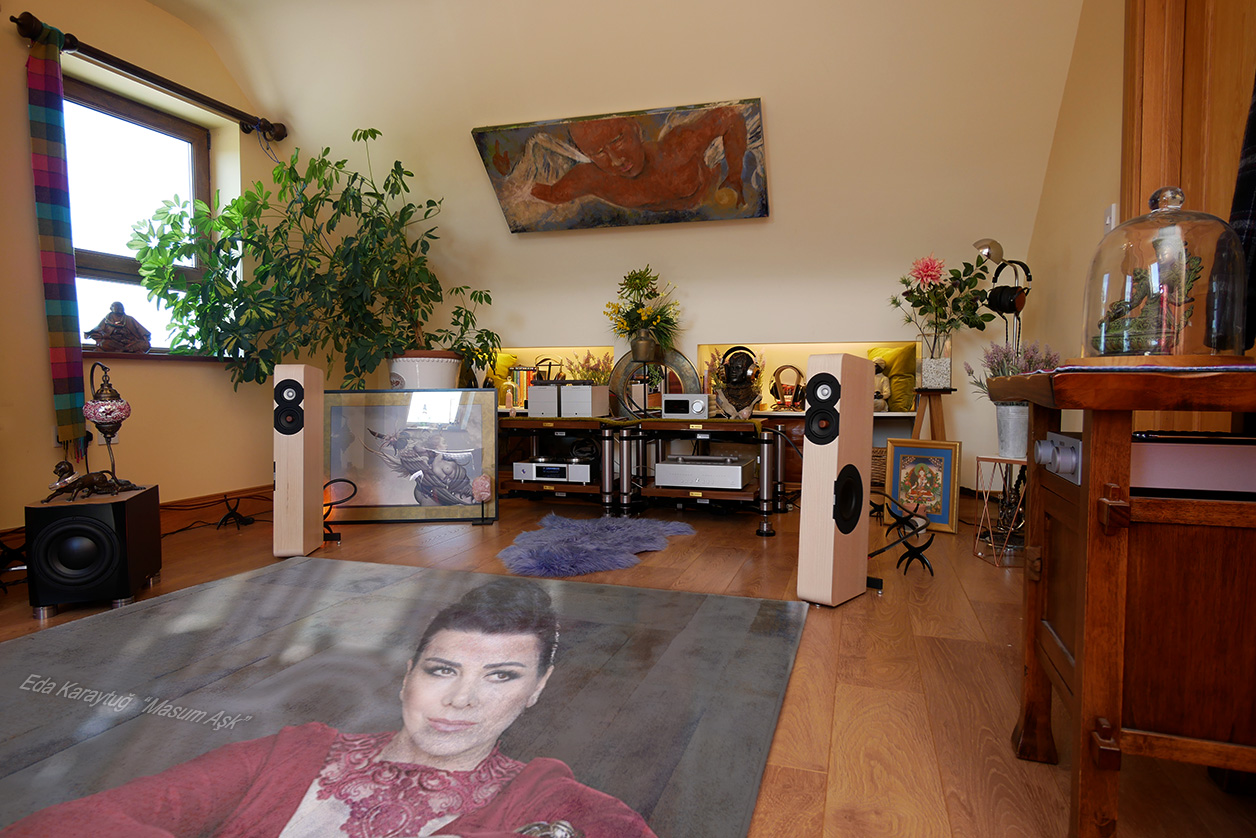 Just looking at the above, you'll appreciate again how a rather petite speaker opens up more places to go. Though they did sonically far better here than downstairs where 360° radiation across the bandwidth hit a double-high vaulted ceiling to create midrange reverb times that were far too long, I wouldn't want to permanently look at the following Bayz Audio Courante 2.0 in this room. For my tastes and unlike downstairs, they're physically too dominant already for this space. So don't underestimate the very real utility of stealth. It's an actual performance parameter. No matter how good monkey coffins sound on the dealer showroom floor, if you can't bring 'em home, you won't make sound, period. The W8 meanwhile will go where many won't purely because it's stumpy and ultra narrow. We're back at what you won't need; if you get them. 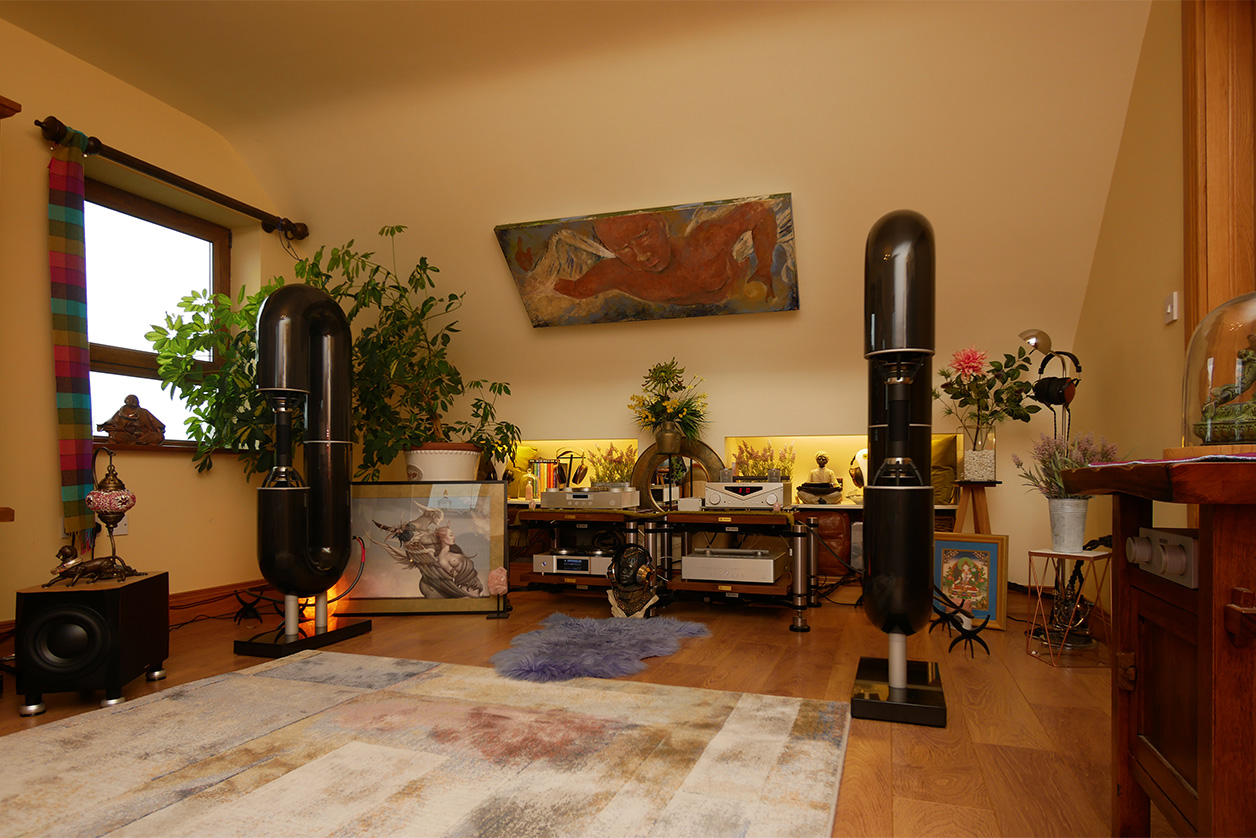