The footer scheme goes three ways. Most basic are four affixed felt pads. Next comes the half Swing Base shown. It inserts the outrigger into the rear slot but rather than suspend it, sets it on two felt-covered height-adjustable footers. A third such footer screws into a threaded receiver on the front. The full Swing Base goes total isolation via ball-bearing race in the front, wire suspension in the back. Either way the W8 is of such low mass as to be easily moved should parking right next to the wall be desired when not in use. Designed for maximum soundstaging, these do appreciate elbow room. So it is free-space placement not wall-flower clinging that rewards with the biggest baddest soundscapes. That's of course true for all speakers but Boenickes tend to reward extra. The Bing Crosby tune "Don't fence me in" is about them. Yeehaw. 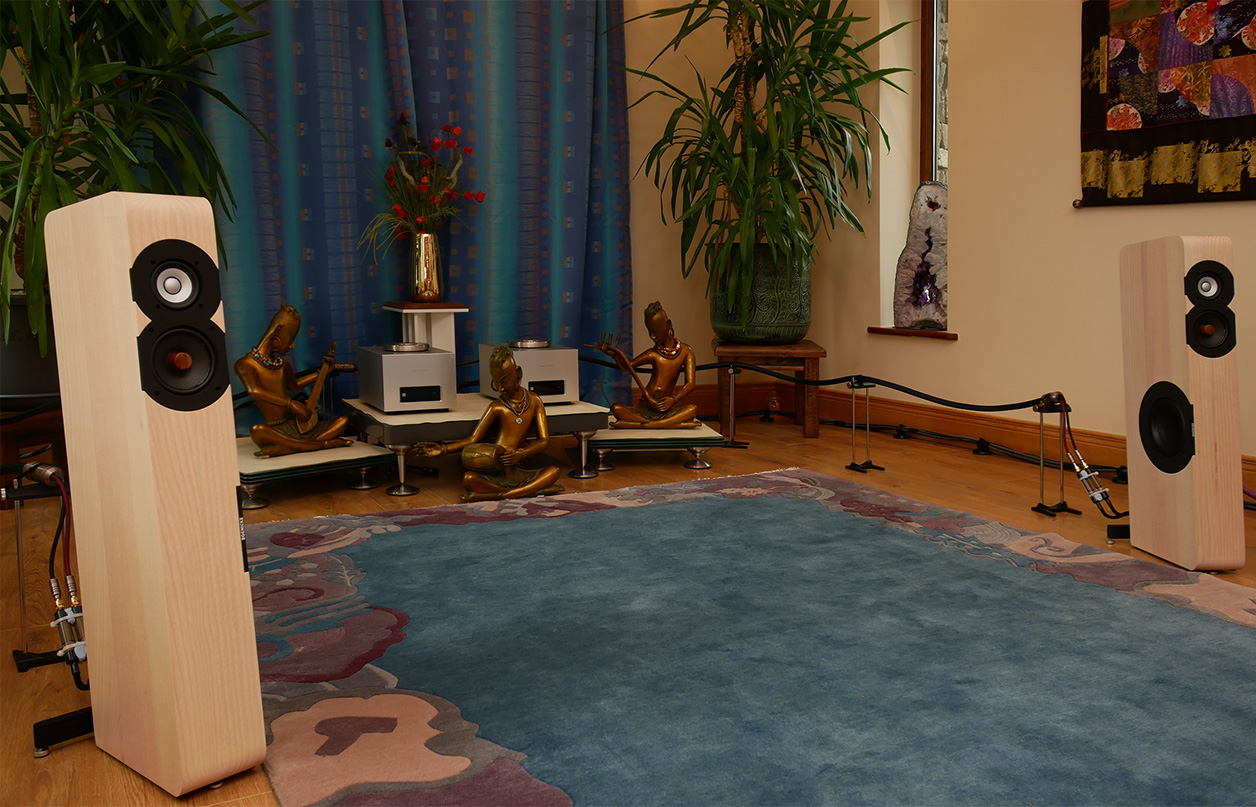 Since Dawid Grzyb had already reviewed the W8, I asked him about their bass. "I see in the photos that your woofers look at each other. Set up like that, they were problematic in my room as well. It's why I always had the woofers fire out at the closer walls. This stiffened up their bass and burned the extra fat."

After a settle-in period of a few days, I'd try that next. The above front-wall distance is where all speakers except omnis thus far had worked best for us. But that was flexible should other placements give better results. Also, ours is a short-wall layout. W8 show demos with woofers in had always been long-wall layouts. Was there a connection? 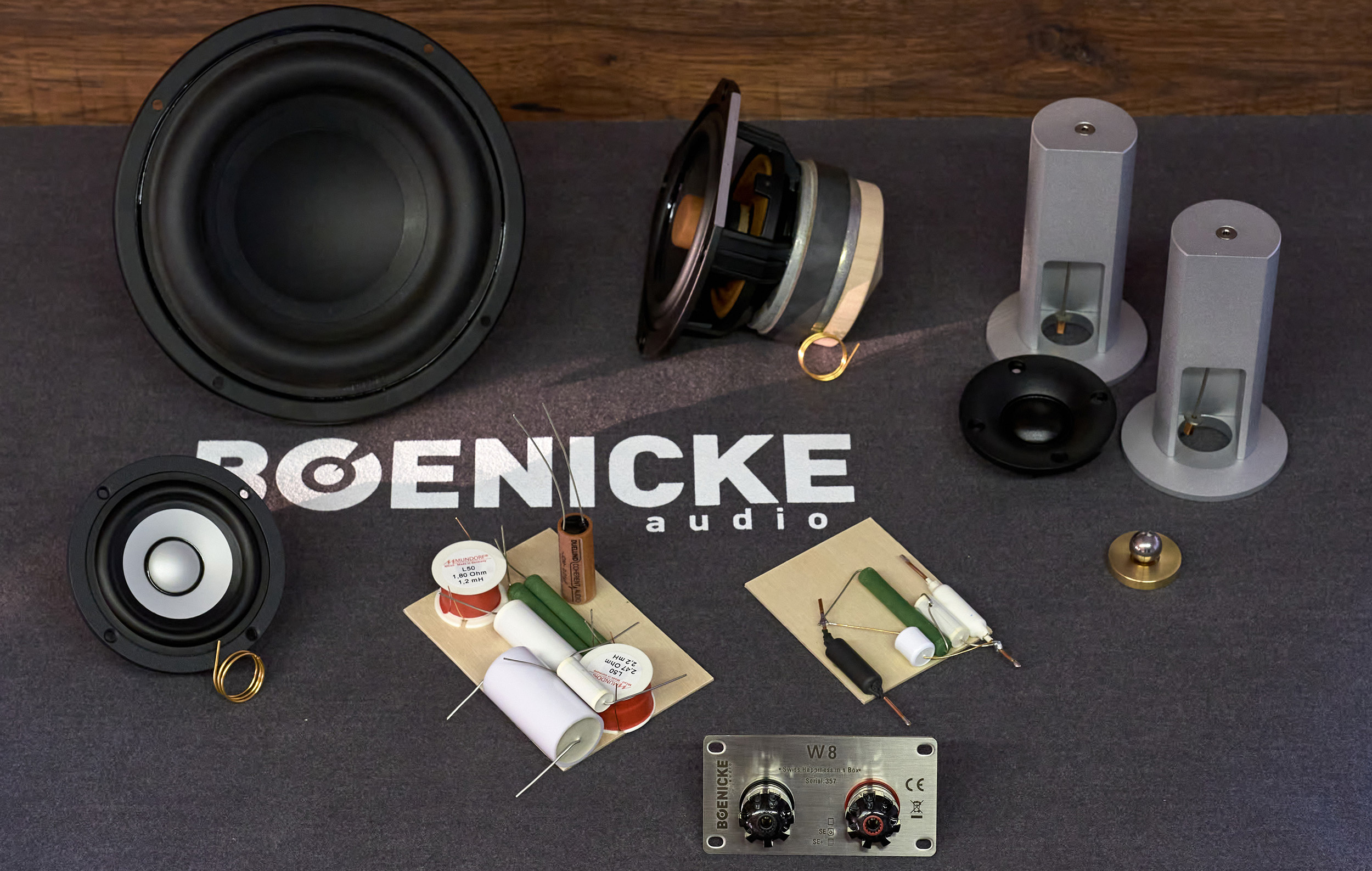 Ingredients for one W8 SE.

Whilst we're ogling parts instead of enjoying tunes, here's a sneak peek at… 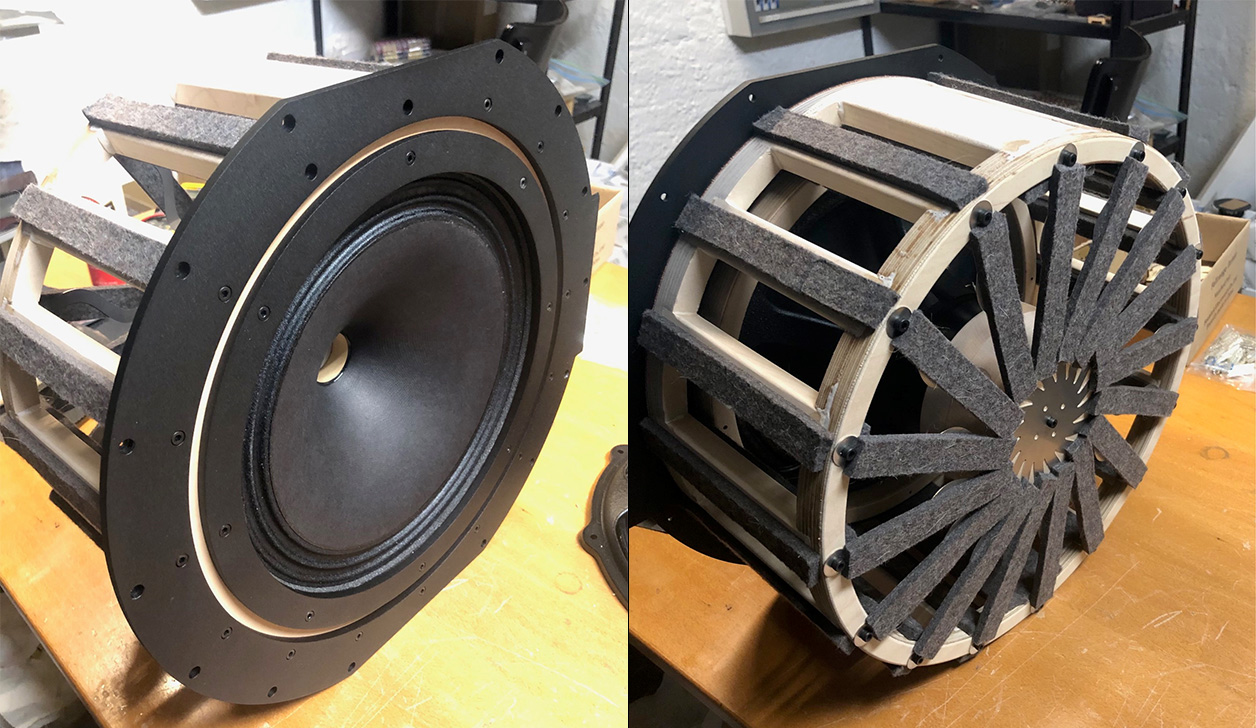 … Sven's custom suspension for the big Supravox mid/woofer of his forthcoming W22 flagship. "What it does sonically is rather spooky I can tell you. And this isn't even the final driver yet which will get a full aluminium-wire voice coil so be another 10% better." 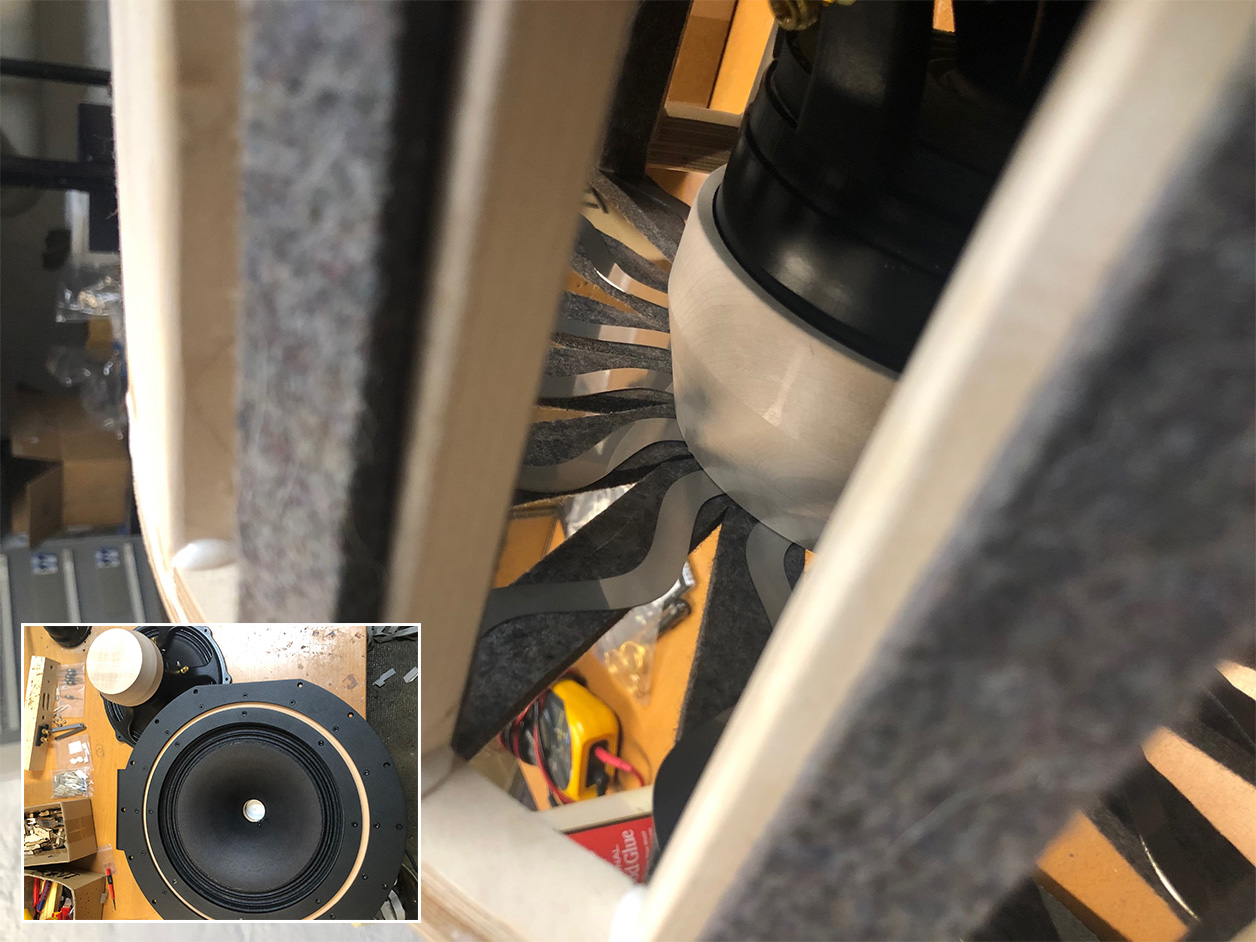 "The mechanical isolation of the driver really is effective. The level of distortion and tacky compression which it takes away to replace with an added see-thru quality and holographic layering is really quite hard to believe. I will add the same mechanical decoupling to the tweeter. I plan to present this thing in a very exclusive event in a French castle sometime later this year and invite a few journalists to come and hear, see and write about it."