Life. Little in hifi convinces or thrills more than a good live recording overlaying our acoustic with another and creating true perceptional displacement or an ambient contact high. To test the M3's mettle on this count, I spun up the "Gnossienne N°1" in this inspired makeover of Satie's beloved miniature by the joint ensembles of Quadro Nuevo and Cairo Steps whilst wailing Sheikh Ehab Younis of the enormous lungs fronts them with freewheeling vocals. On lesser speakers, the heavily amplified bass energies of this production undermine separation/layering and thus, insight into the stage action. It's all a bit dark to approach wall-of-sound thickness. Not with these. The more complex things got, the more their unusual clarity moved ahead by sorting and mapping perfectly lucid soundscapes. Their lack of overdone bass and absence of texturally discontinuous bass with its trademark boom, bloat and fake reverb eliminated the usual haze and blurring which this track can cause. I deliberately played this loud. Nothing wavered, nothing fogged over, nothing obscured.

Another true highlight were bells, gongs, triangles and other long-ringing objects. With Alain's super-low mass tweeter, their decays lingered like house guests who refuse to leave whilst emptying your fridge. In fact, I thought this dome tweeter to be second only to Michael Børresen's hi-tech ultra-costly ribbon which I'd heard in this room the year prior.

So the M3 looks like just another 2-way monitor. Admittedly the high-gloss veneer is rather flash but if spotted in photos, you'd blip off in seconds. You've seen hundreds like them before. So had I. Quadro Nuevo's Munich flash mob below keeps multiplying. So did my engagement with this assignment. You might say that my audience participation then appreciation compounded. I'd originally agreed to this review in conjunction with Simon Lee's i5 integrated. He likes to package it with the M3 or M1 speakers. It made sense to sign up for the smaller combo and write up a mini system of sorts.

Being jaded with green like an ancient mossy statue, I'd frankly not expected more than just another 2-way monitor. But as the full band of ingredients assembled in bits and pieces to reveal a lot more substance, innovation and depth than strongly striped skins, something inside of me began to dance. Music lovers are lucky that Simon compelled Alain to distill his decades of experience into these attractive little wonders. We're lucky that Alain kept the faith when Simon ran into company divorce troubles with April Music. Who would have expected this level of excellence from such out-of-the-way players? 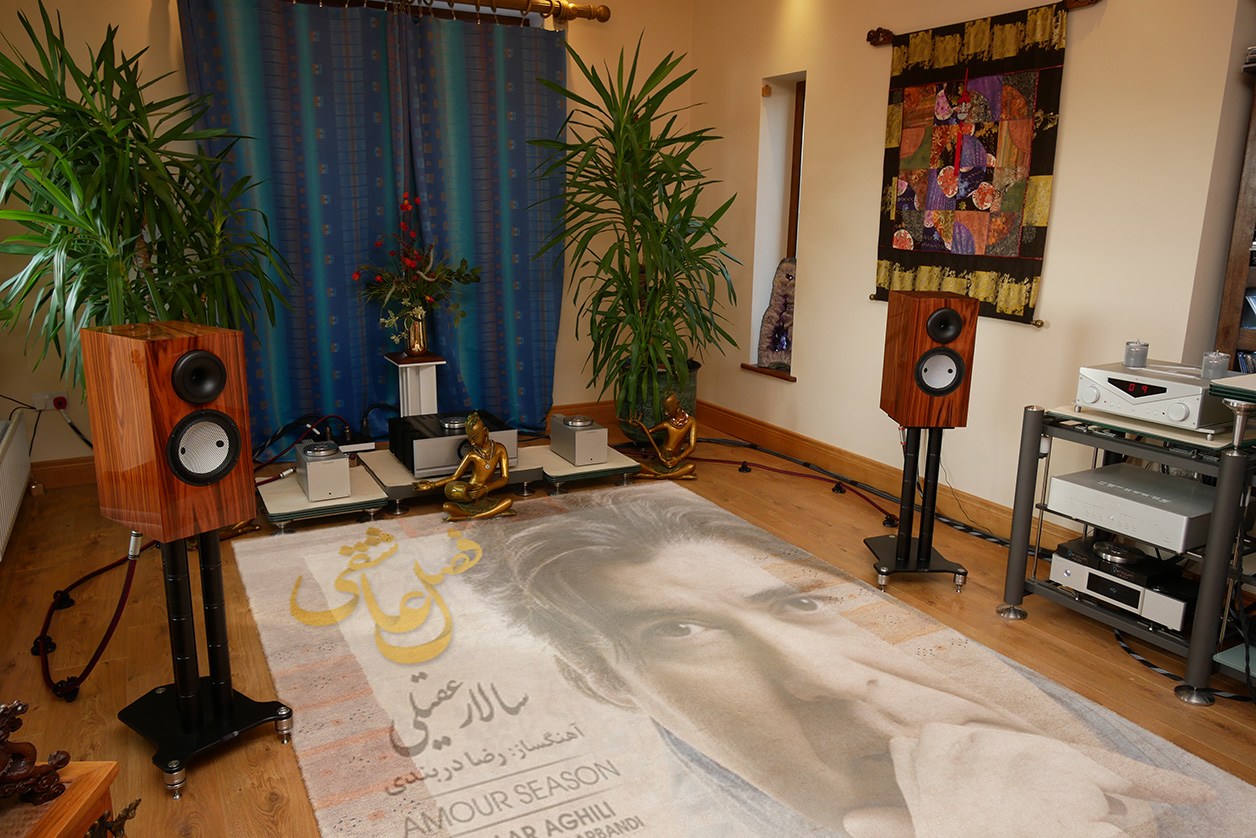 Despite its very obvious timing precision, impulse correctness and associated speed, the M3 is not an inherently lean brittle speaker that requires upstream collagen injections to plump up. Though its (in)famous ceramic mid/woofer might suggest so, these familiar traits are left to lesser implementations. The M3 also departs from expectations with a very unusual horn-loaded tweeter of proprietary design and execution; and a non-typical port that categorically avoids the usual pitfalls of bloat and boom. 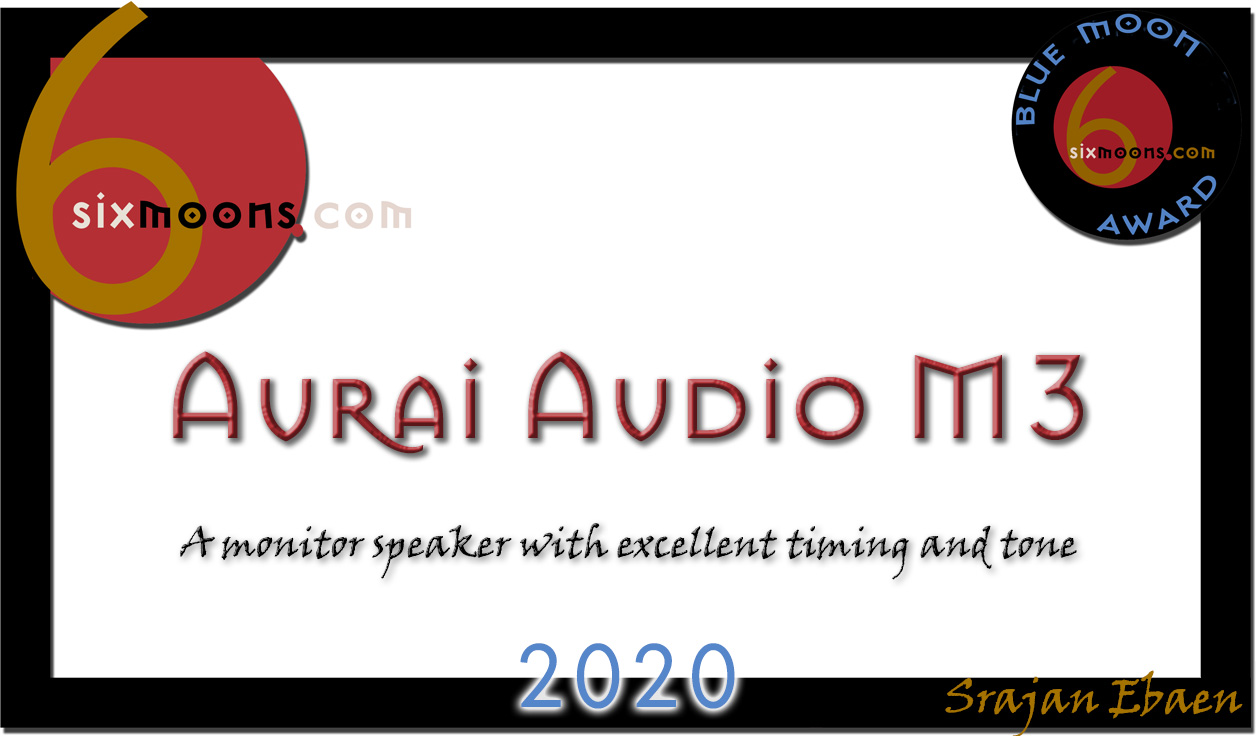 The flash mob video also suggested that audiophiles must get out more often. Musical enjoyment isn't merely cerebral or solitary. On yet another level, finding true hardware gems like today's requires to get out more too and pursue the paths less traveled. Yes hindsight makes smart but, a few weeks ago I was just as unaware of this speaker as you might have been only a few minutes ago.

Alain Pratali responds: "Hello Srajan, I read the article. I am sincerely moved and flattered. Thank you for your sensitivity and honesty. But between you and me, the M3 is just the aperitif, the lowest level of what I know how to do. You will see that the M1 is the same philosophy but better. Still, the last speaker I did is a very complex new concept I developed as the most complete synthesis of 40 years of passion and history. That's still a different class from what you just heard."

With Alain's glove on the floor, I picked up an M1 gig next. In the wake of fixing issues with my first samples, Alain also rethought offering too many options. "I've decided to offer our M1, M3 and M5 in classic (rear port, tweeter on baffle) and monitor versions (front port, bullet tweeter on top). That simplifies choices and avoids confusion." Here the 'monitor' appellation signals maximal timing precision from front ports and physical time alignment between two drivers. My M3 review here thus described the Classic orientation. The M3 Monitor relocates the port to the front and the tweeter into a freestanding bullet housing on top of the enclosure.