Into the desert. These talents would obviously serve electronica just as well. Consider Burial's "Etched Headplate" from their album Untrue. Surrounding the female talk-song are rustles, prickles and metallic scratching noises which now juxtaposed a blackground like distant stars do a night sky in the high Atacama desert. But such impulsive clarity wasn't limited to the midband or highs. It factored equally in the densely blubbering beats of Free the Robot's "Turbulence" [Ctrl Alt Delete album] or with the elastically pulsating bass figures of Cevin Key's "Bob Shadow" from The Ghost of each Room. Dynamic accuracy thus extended into the macro scale.

A bit of character which differentiates Cadenza in its price class then did exist in the bass. It goes without saying that larger speakers with bigger woofers will move more air; or that my Sehring 903's trick bass system went lower. Cadenza aims deliberately at the kind of smaller to mid-size rooms which many competitors overload acoustically and cosmetically. Still, this is a clearly mature floorstander not an overgrown monitor. In short, considering its intended environs, I thought its bass performance ideally judged. One should simply know of a minor output easing across the upper bass and lower mid transition. At least in my room which at 1m front-wall clearance doesn't tend to thicken up, the mentioned bass beats and figures didn't develop the final pressure and significance in their higher ranges as they do over familiar competitors. 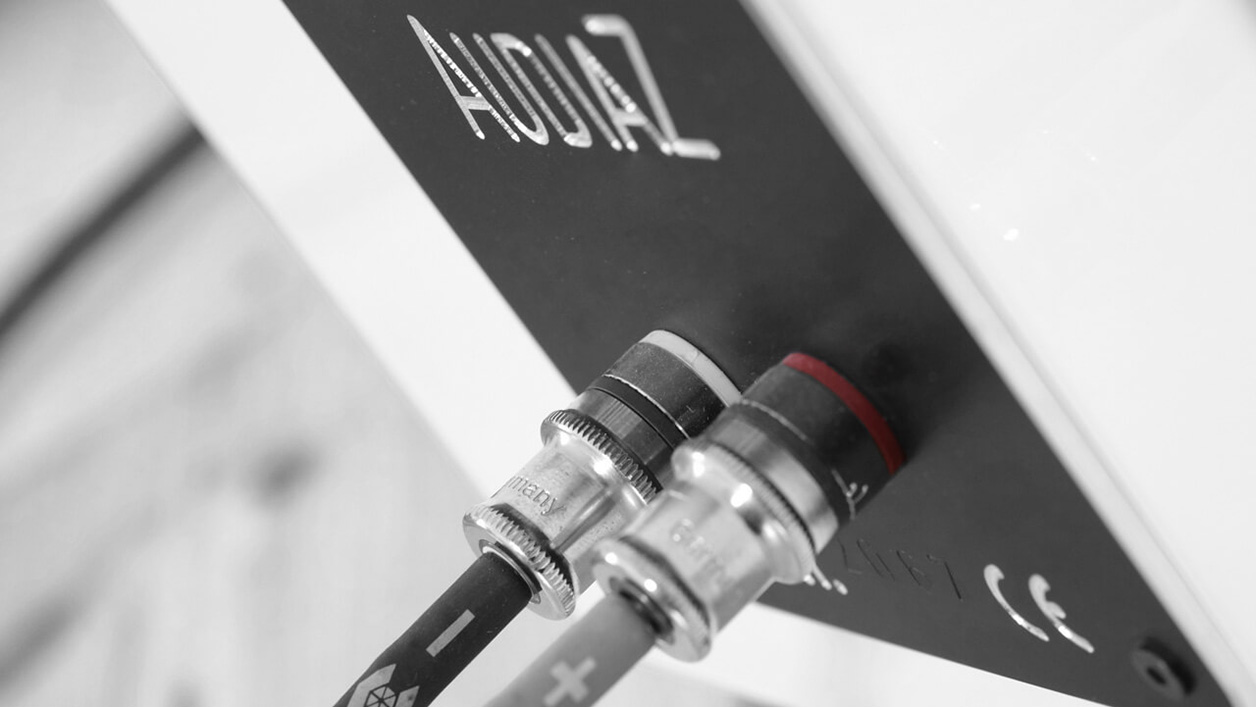 Considering the targeted smaller rooms which often entail close wall placement, this could have been deliberate. AudiaZ also point at what their speakers sit on to provide special bases upon request. I trialed lo-fi metal/rubber sandwich plates which indeed changed the bass whilst also undermined some of the electrifying dynamic expression which I thought was such a special virtue of this speaker in the first place. But, lesson learnt. Cadenza is unusually responsive to its contact patch with the earth.

Fascination N°2. Enter spaciousness. Certain studio monitors sort even stricter and others might increase plasticity. In these disciplines I felt Cadenza to be neither especially gifted nor any slacker. Top class meanwhile were its openness, scale and perceived decorrelation of sounds from sound-generating mechanisms. Common hifi talk might point at exceptionally quiet enclosures. Enveloped in this 'quiet' gestalt was a very particular, unobtrusively captivating consistency which created an instant connection with the tunes. I'm at a loss to describe this sensation in hard audio terms. There's also the fact that even beyond the sweet spot one retains an unusually intact soundstage where many high-end speakers start to shift.

A hearing novelty then? In certain ways that will be an apt claim. Across the midband and treble, Cadenza is a true reference. Of course there's always better so for a serious surcharge, AudiaZ still offer a diamond tweeter option. Also, more analytical separation, silk or fullness exist elsewhere. That simply won't be about more objective quality, just personal taste. I expect that particularly fullness/sonority is popular with many. Cadenza's strength as supported by its impulsive microdynamics is to lay bare the unpolished immediacy and complexity of what's being played without defaulting to analytical excess.