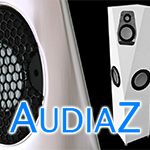 This review first appeared in April 2021 on fairaudio.de. By request of the manufacturer and permission of the author, it is hereby syndicated from the German original to reach a broader English audience. Ed. 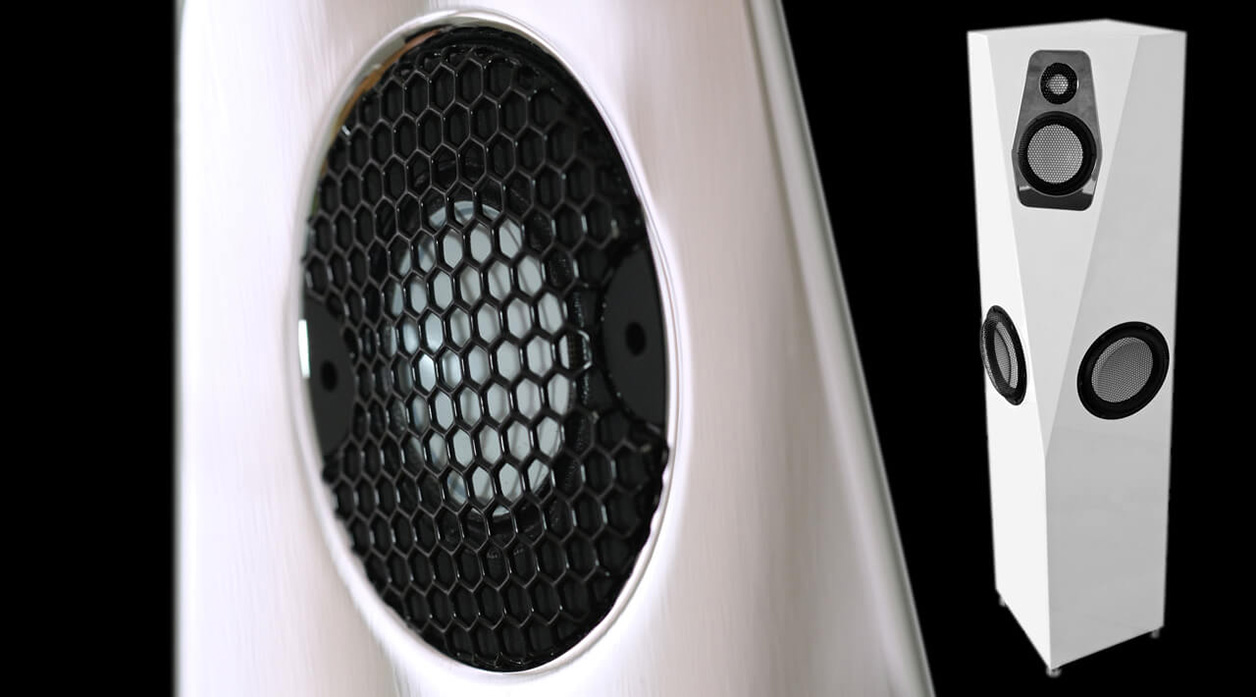 Long time no see. Our last AudiaZ review dates back 13 years but I remembered it immediately. That was no elephantine trick with the brand's OVO design which aims two woofers half left/right whilst a V-shaped baffe ascends above them to a midrange then tweeter. Instead of the typical six panels, that makes seven. But just to be different or to mix it up weren't primary design goals for his Cadenza, explains Dr. Helmuth Weber. Rather, the hard-to-build geometry is a very logical form-follows-function affair. 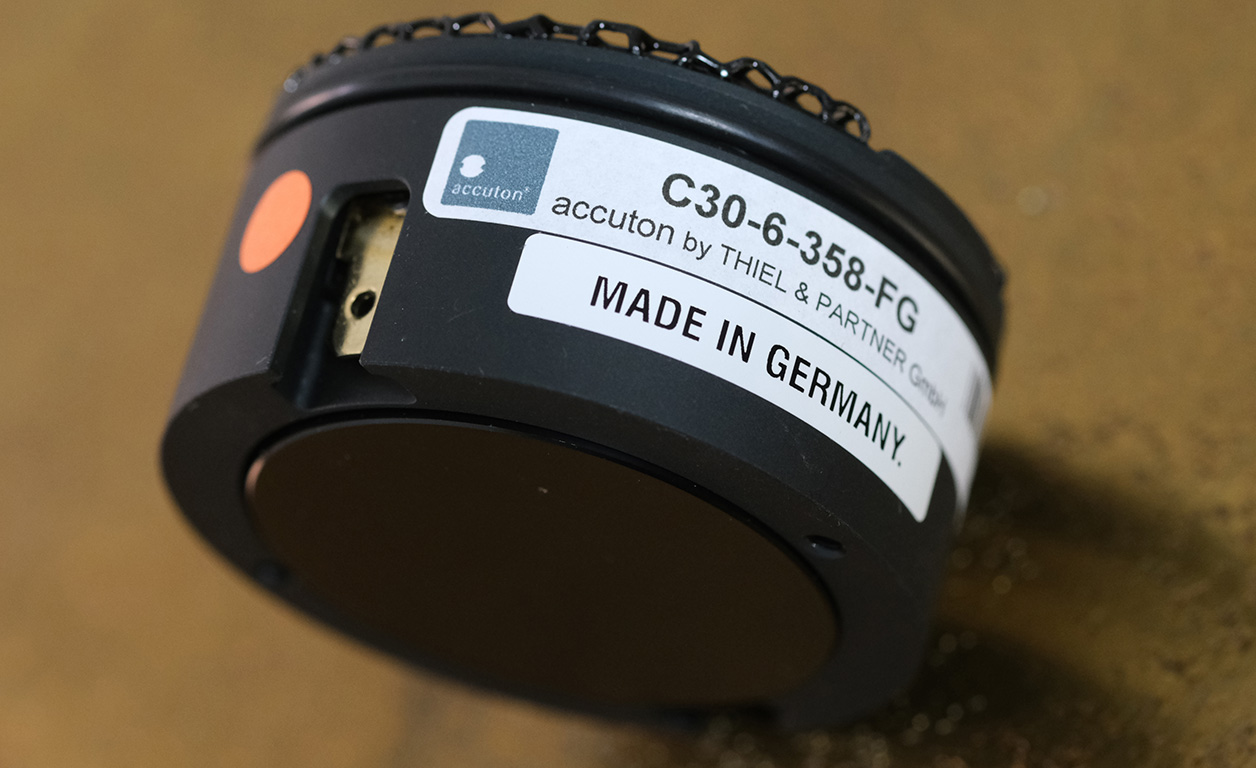 But first things first. What is Cadenza, fundamentally? A passive 3-way ported floorstander of 87.5dB/W/m. Per se that's a quite common concept. Considering the elevated coin at play, where first differences intrude into this class are size and mass. Cadenza stands a mere 112cm tall and its 32kg distribute across a just 25x25cm footprint. I'd call the unique selling proposition "top-quality towers for 20m² to mid-sized rooms" which now sets this apart from many others. I thought this rather clever product placement. It's just as sub-optimal to cram over-dimensioned speakers into dedicated small listening dens as it tends to be a struggle to deposit big expensive speakers in living rooms that are shared by the whole family. What then do AudiaZ propose with Cadenza whose sticker routinely buys behemoth speakers?

Let's start with the obvious. It's the industrial design of which our 23-year old firm from Rosenheim are particularly proud. By avoiding parallel edges around their drivers, AudiaZ aim to nip the so-called baffle-step effect in the bud. To recall, a driver's shorter wavelengths reflect off its surrounding baffle to gain a decibel boost. The longer ones begin to wrap around the enclosure to deliver less energy to the ear. This has a direct bearing on the frequency response to typically demand filter adjustments called baffle-step correction. AudiaZ's 45°-angled solution also claims to weaken typical edge refractions whereby standard 90° constructions create phantom images even with bull-nosed edges. 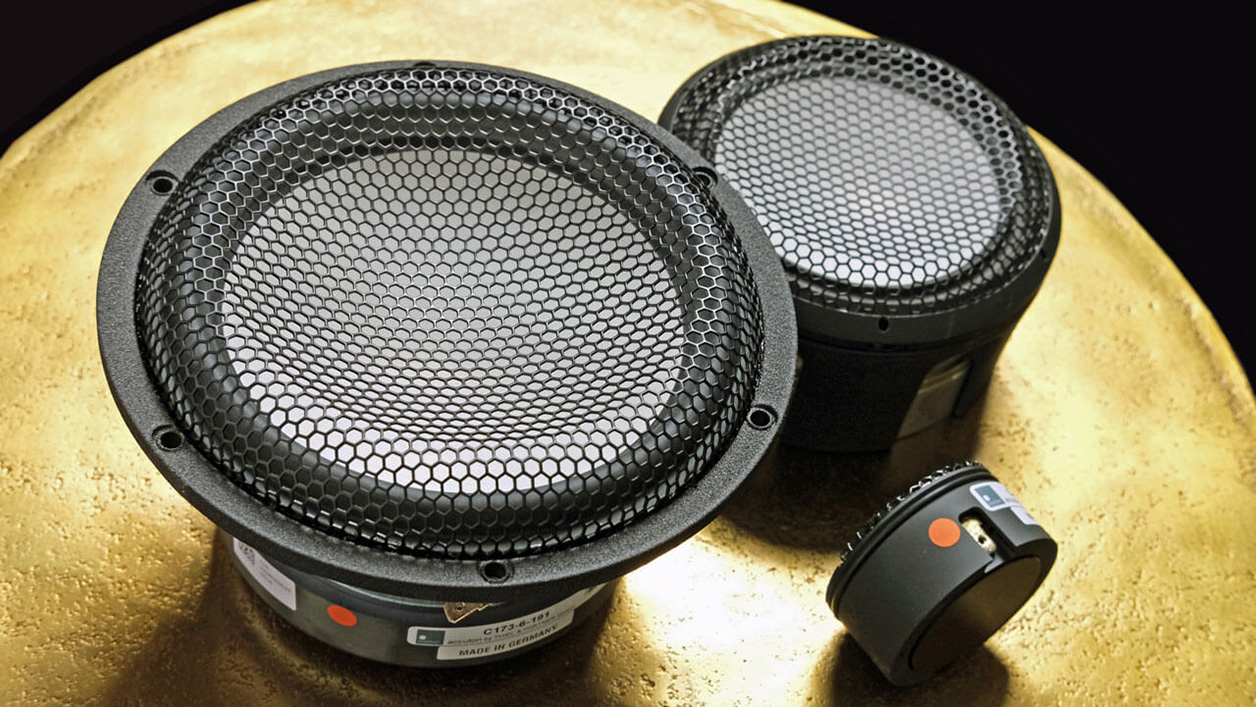 But there's more. This woodshop-intense geometry creates higher innate cabinet rigidity and, with the insertion of an internal bottom, a pyramidal chamber for the midrange. "Our Accuton C90-6-724 vents generously to the rear which benefits in particular from being mounted into a reflection-free sub chamber" explains the designer. His rearward narrowing chamber without typical cavity resonance is additionally damped with felt liners and Mundorf 'angelhair' Tawron filler.