Got (sour) milk? These particular engineering addresses undermine typical consumer hesitations for their Accuton drivers, promise AudiaZ. "These ceramic drivers demand fundamentally more advanced speaker engineering for their enclosure, its materials and the filter network. It's that extra effort which results in the typical high pricing for properly done Accuton speakers. For just one example, there are three frequency bands to consider with our midrange alone. There's the cavity resonance emphasized by reduced mechanical losses from a non-conductive Titanium voice-coil former and open basket. There's the membrane resonance elevated by its hard surface. Then there's the cavity resonance of the motor's radial magnet array." Undeniable is that these famous transducers from Pulheim—apparently they're expensive to work with well beyond their raw parts cost—are among the micro-dynamically most aspirated to market. Here two 173mm woofers turned 90° radiate left and right then load into a 34Hz downfire port. For his geometry Helmuth Weber promises no interference but instead, advantages relative to first floor reflections and avoidance of typical bass cancellations. At 180Hz the 100mm dedicated midrange takes over which blends out at 2kHz to hand over to the 30mm tweeter. Special corrective parts fine-tune attenuation slopes to linearize driver deviations. This too is claimed vital to condition any Accuton sound into long-term friendliness. Ditto filter parts selection. Here electrolytic capacitors¹ factor by their absence. Instead we get massive foil caps of pure silver or mica caps, metal-foil resistors from Isabellenhütte, air-core inductors and Teflon-sleeved pure silver hookup wiring soldered not push-connected to the drivers.
______________________________________

Enter break-in. Despite arriving played already, the first few days were harsh. The lower-mid/upper-bass transition was patently lean, the low bass too thick and strangely boomy which is not an issue my room usually exhibits. Across the months, I really had the sense that even when not played, just sitting there did something for these boxes. First to disappear—and entirely so!—was the initial harshness. Simultaneously the hole between mids and bass kept shrinking. Bass boom vanished completely but was helped when I re-tightened all driver mount bolts (it's a common trick even with new speakers). A total metamorphosis across three months tends to be rare but here was also due to my on/off work habits across multiple parallel assignments. Just so, this extended time clearly profited the AudiaZ Cadenza. From bug to butterfly? Quite. We'll focus squarely on the latter. 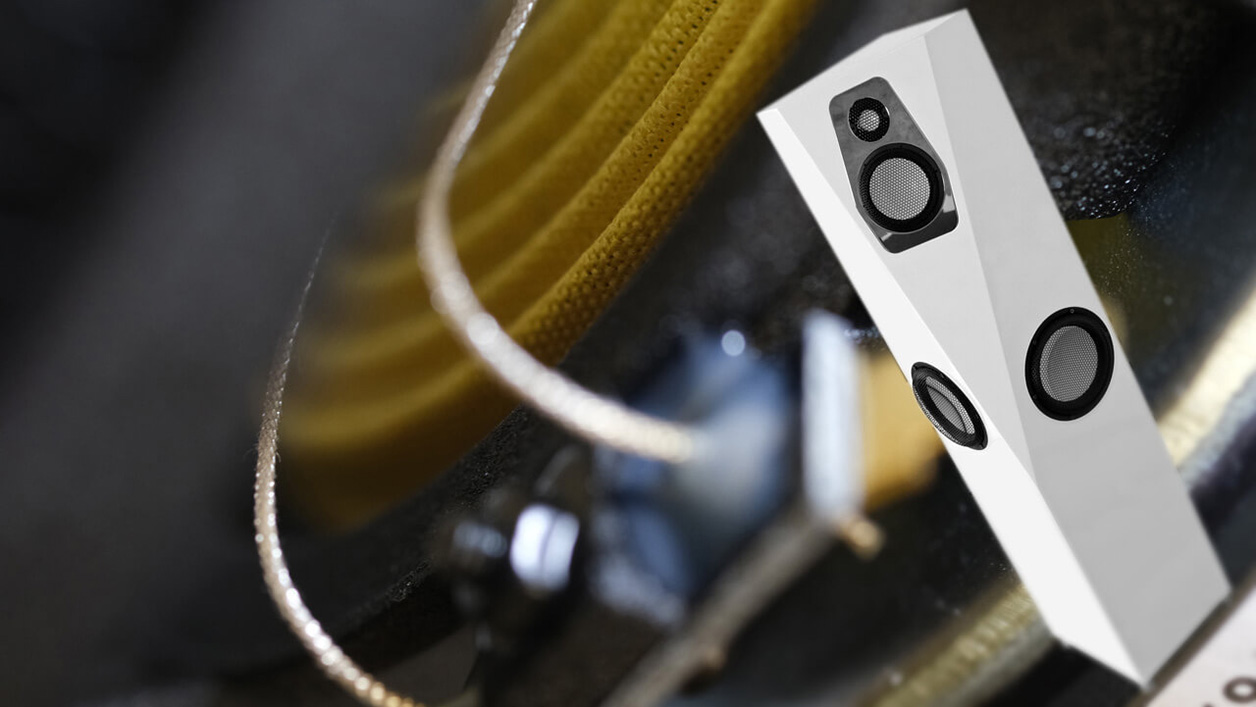 Apropos my earlier mention of the forbidden word 'harsh', sensitive listeners anticipated as much just looking at these drivers. Here I'll just say this: nobody who knows me will dispute that I don't own sufficiently many middling to poor productions that are lean, coarse, gritty or otherwise sub par. I'm thinking of the ultra-simpatico The Bevis Front, the indestructible Legendary Pink Dots discs, Grecian metal à la Movement of Static which, post vino consumption late one evening, I downloaded from BandCamp only to exchange instant emails with its Thessaloniki creator. I'm thinking of my partially scratched Primus œuvre. All of it I listened to with Cadenza. All of it was as enjoyable as I know it from well-balanced hifi components that are not tuned for vivisectionist gambles. So forget sour milk. Reach for the cream instead.