My next selection was pianist/composer Thelonious Monk's Monk's Dream, a studio recording that can reveal how well an amplifier will reproduce the location of each band member, the space between them and how three-dimensional each player can sound in this venue. The Super 211 SET created dense/palpable images of each instrument with a sense of air around each player. It was so transparent that decays off the studio walls created the illusion that I was sitting in that space myself. The speakers disappeared and the location of Monk and his band mates spread across my room in a realistically layered soundstage. It was time to compare the $12'500/pr Super 211 SET to the recently reviewed $6'800 Linear Tube Audio Ultralinear 20-watt David Berning amplifier. In its own right the LTA Ultralinear has many of the same music qualities such as beautiful color and tonality, image density and an intimate presentation of the music. Both amplifiers were very close in their reproduction of the spatial qualities of image solidity, stabilizing images in their location and in accurately recreating the recording venue. Both were fast and agile in their presentation of the pulse of the music. However, even though they were roughly equal in their power ratings, the Super 211 SET sounded like the more powerful amplifier in its overall dynamics and low-end grunt.

It begs the question which to buy if one is looking for a relatively low-powered tube amp that provides reference level performance? I would consider these two factors. First, the LTA Ultralinear amplifier is about half the price and very inexpensive to retube compared to the tubes in the Super 211 SET. Secondly, the major difference between these two was that the Super 211 SET had a higher level of overall dynamics and a more powerful bottom end. If these sonic attributes are high priorities, the surcharge would be worthwhile. I also believe that you could drive more diverse types of speakers with the Super 211 SET because of its very stout power supply and higher output. With either amplifier though, you still want to be careful about matching the right speakers.

So far the Super 211 SET amplifier had given me what I would expect from a world-class amplifier. Beautiful tonality with a burning purity was lit up from the inside out. A subjective sense connected me to the emotional content of what the musicians were trying to convey. The ability to create holographic substantial imaging with a realistic sense of space between the individual players delivered a sense of ease and liquidity that was a qualitatively different experience from push/pull amplifiers. However, the overall transient speed, powerful macrodynamics, taut very extended bass with superlative control and tunefulness and tremendous soundstage dimensionality in height and depth I had never heard from a SET amplifier before. My final selection of Bill Homan's A View From The Side reissued all of the characteristics mentioned above in a seamless presentation that validated how this amplifier was a special music maker. I had come to call it the 'organic beast' because of combining the beauty of color and holographic imaging with rip-roaring transient speed, powerful bass kick and control.

A final test in the reviewing process was to take the Super 211 SET and insert it into the larger system were it would drive both my reference Tekton Design Ulfberth speakers and their stablemate Moab just then in-house for review. These are rated at 4Ω and 96dB. However, experience suggested that unlike the Perfect Set, both really reach their full sonic potential only with beefy high-current solid state. My go-to amplifiers in this system are the Bricasti Design M15, Coda N°8 and Threshold S/550e. The Super 211 SET had no difficulty with ultimate SPL. However, it struggled controlling the two 12-inch woofers with the same slam and precision that it had shown on the single 12" woofer of the Perfect Set. The overall transient speed of the amplifier was retained driving these very big speakers. However, the overall veracity of macrodynamics which the 211 SET had displayed on the easier load of the Perfect Set was reduced.

I then switched to 845 mode which did restore a higher level of macrodynamics that were lost with the 211. However for my personal taste, the 845 on these speakers sounded like a very powerful push/pull amplifier with a flatter more forward soundstage and some loss of color. All of my earlier comments were based on the excellent Psvane T Series Mark II 211 tubes and Perfect Set speakers.  When I switched to 845 Psvane Classic Series, the amp was able to drive and control more power/current-hungry speakers but I am not really a fan of the 845. The magic I had experienced with the 211 was no longer on the same level. Using the 845, the amplifier sounded like a higher wattage push/pull no longer purist single-ended design. 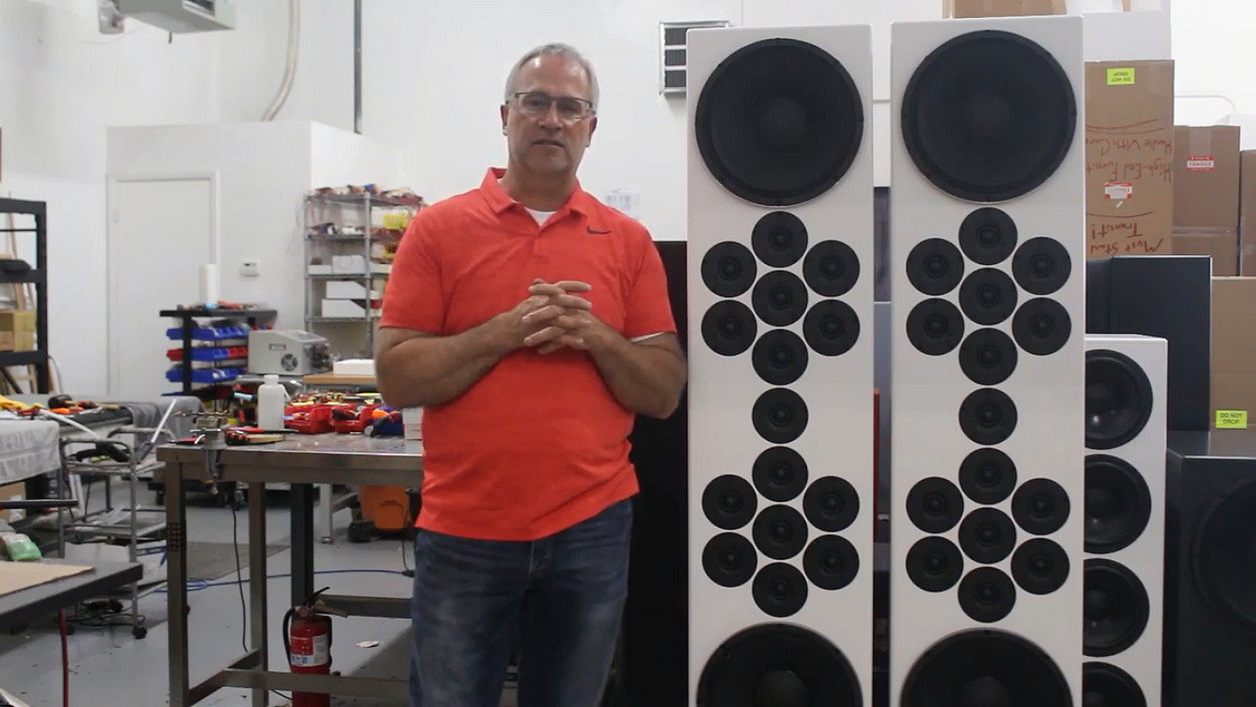 In my big system, I would personally use either the Bricasti Design M15 or Coda N°8 with a tube preamplifier like the Linear Tube Audio Reference which produces optimum performance with no shortcomings or drawbacks. Both solid-state amplifiers are so transparent and revealing that fronting them with tube linestages secures the color and spatial dimensionality of glass plus the overall control which high-current solid state amps provide to handle the power range and low bass of more challenging speakers. 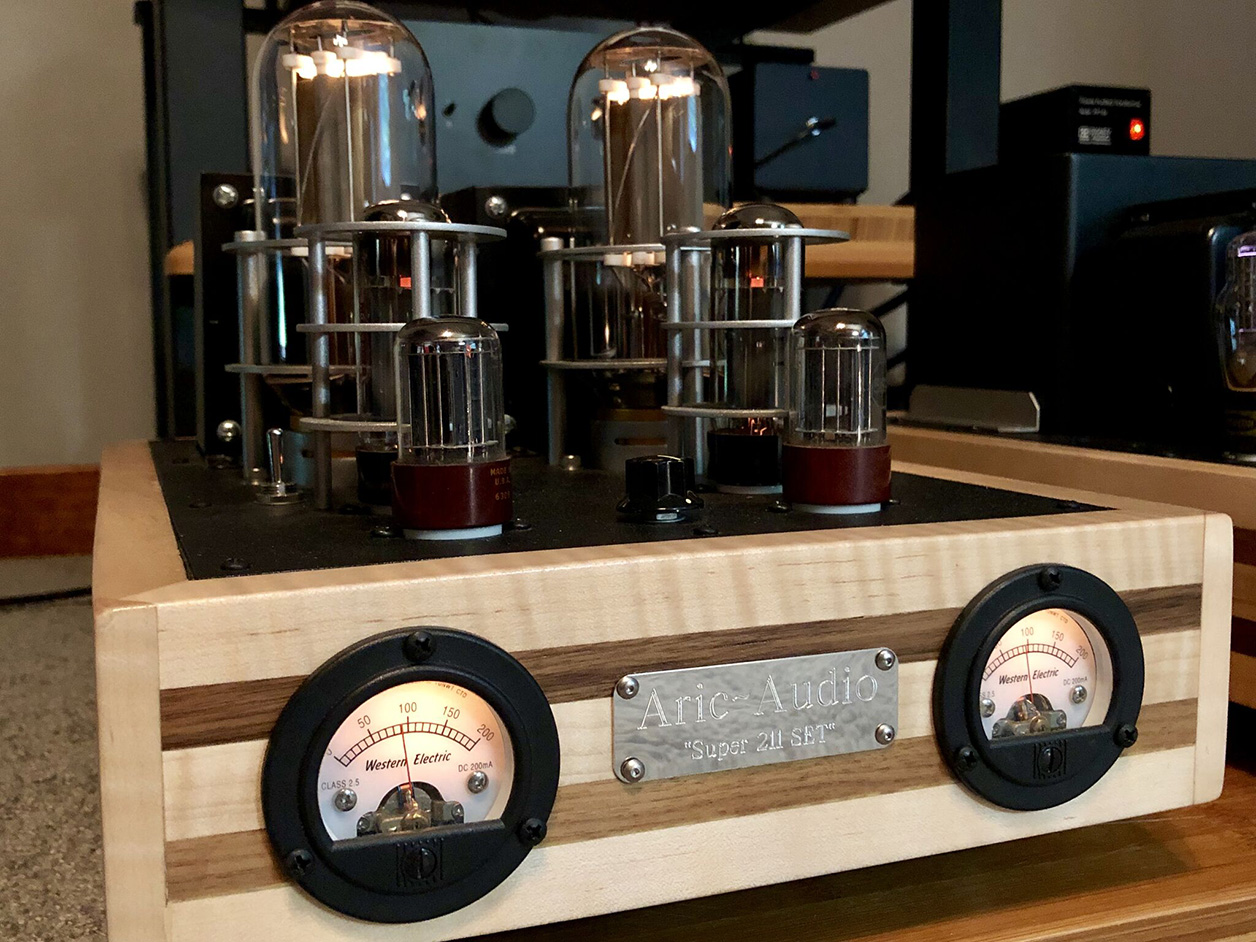 Back to my smaller upstairs system, the only other tube rolling I did on the Aric was to replace the provided EL34 with Groove Tube samples and the stock 6SN7 with NOS RCA red-base 5692. Both changes brought more accurate timbres, spatiality and transparency. Like all amplifiers especially SET, synergy between amplifier and speaker loads is critical. With the right speaker, the Aric Audio Super 211 SET was a reference performer. Its combination of beautiful colors, image density and purity with the grunt, bass control/extension and transient speed of a much more powerful design made it one of the best tube amplifiers I've yet had in my systems. I believe this artisanal hand-built amplifier to be one of the bargains in current high-end equipment based on its price.

Quality of packing: Excellent with double boxes and protective inserts
Reusability of packing: Good. Make sure you take pictures or notes to insure you put the inserts in the right places.
Condition of components received: Perfect.
Delivery: FedEx.
Website comments: Informative and easy to follow.
Human Interactions: Friendly and supportive.
Warranty: 2 years parts and labor.
Final comments: A special SET amplifier that delivers what such designs usually provide such as beautiful timbres, emotional intimacy and image density plus gripping dynamics, bass extension/power and overall transient speed.  The Aric Audio Special 211 SET is a world-class performer at a still reachable price more music lovers can afford.