Once I knew how Andante behaved as a digital source, it was time to see how its volume control fared against a standalone preamplifier. The Vivace monos went into play again. I drove them directly from Andante via XLR or used that as DAC into the Thöress DFP linestage. Here the DFP fared far better than my Pacific had and the skirmish was quite even-handed. Andante was a bit thicker to again exhibit that meticulous meaty attitude. The extra tube pre increased euphony, boosted image size, brought the first row a bit closer and packed even more punch in the bottom. There were no bad choices. Both were as different as they were interesting and entertaining.

However, I did enjoy Andante⇒Vivace direct more. This three-piece set struck the perfect balance between propulsion, textural fill, openness, moisture and spaciousness. And, Andante clearly didn't enjoy being fronted by a standalone DAC. Here I look forward to Srajan's own findings. It goes without saying that Andante's linestage/volume mode worked very well with the Vivace monos. Still it's good to know that this juncture provides room for potential flavor shifts. I haven't the faintest what it would take to best AGD's internal linestage. The Thöress at my disposal led to a significant move sideways, just not up.

There's one major sonic reason why Andante worked so well with Vivace. Carefully applied density and organic tissue at the very core of its well-seasoned voicing interlocked expertly with Alberto's fast transparent amps. This aural synergy was so supreme as to surpass pretty much all other setups I could muster. The only combo capable of throwing punches against the simpler Andante/Vivace set with Boenicke W11 SE+ speakers was my Pacific DAC plus Thöress DFP linestage plus Vivace amps. You do the math. The key evaluation phase of Alberto's three-piece system was case closed in a mere two days even though this review went on for another three weeks. During that time all remaining hardware except the fidata gathered dust. I simply had no incentive to get back to it. That speaks volumes. 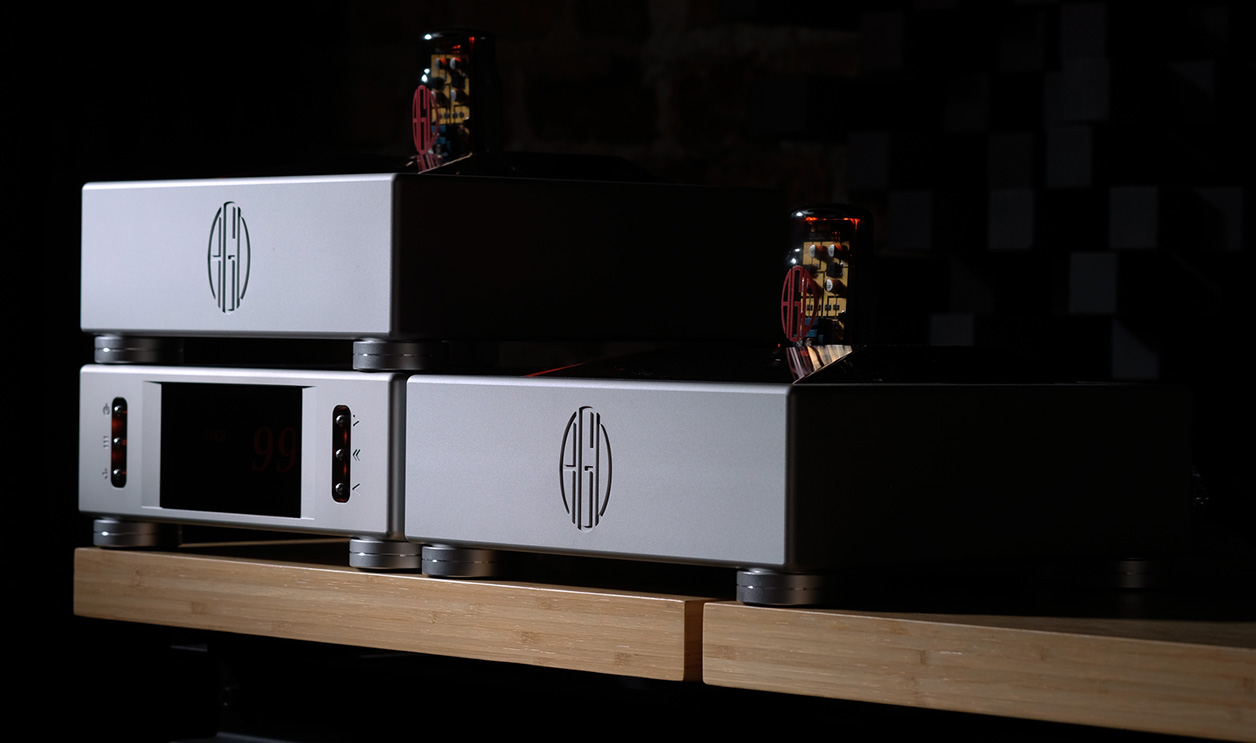 After his fantastic Vivace monos, their maker significantly raised the bar for the competition and himself. Where his Andante first struck me as the logical next step in an emerging catalogue, it quickly showed itself most serious sonically. That meant as far removed from portfolio filler as possible. It scored very high on build quality, on petite form, functional responsiveness, rapid readiness, stability, freedom from hiccups and comprehensive connectivity. Alberto Guerra cut no corners and thought of literally everything. Even packaging goes the extra mile. Andante was a joy to use. Perhaps in the long run something to rework might emerge but during its tour of duty at my place, nothing did. This is a fully mature well-engineered product. To say that the AGD Production Andante was full of sonic surprises puts it mildly. Let's recall how it defeated all my standalone DACs, including one at €30K. I've not met a functionally competitive piece capable of that. Its clever voicing matched the companion Vivace monos so spectacularly that I forgot all about my own rig for nearly a month. I'd take this compact set under very serious consideration were I to simplify my hifi. It was that good. These components were clearly made for each other and Andante made it all click. Considering how much hardware this luxurious full-care package replaced, how it did so and how immune it seems against the upgrade bug, its ask feels highly realistic. My tip of the hat to today's talented maker.