The insides feature two large chambers. The one near the front houses the display, interface board with microcontroller and switching PSU beneath. Four fully shielded encapsulated medical-grade modules provide voltage step-down from mains to DC bus which feeds the remaining modules via linear ultra-low noise LT3081 and TI TPS 7A4901D regulators cooled by several small heat sinks. A thick aluminium divider limits interference and noise between components and sports several narrow gaps for connective wiring. The rear chamber houses two main PCB. The one with the analog i/o and ladder attenuator connects to a small phono daughter board whereas the other PCB holds the digital i/o plus USB transceiver attached to which is a smaller DAC module. All digital data gets reclocked. Andante's 8-bit attenuation ladder includes 16 industrial relays. Each lives inside a petite housing to remain unperturbed by external influences and to outlast generic counterparts. Four industrial R2R chips handle D/A conversion. The output buffer board mounts directly to the output block and is based on a THAT pro-audio chip developed to record analog sources. 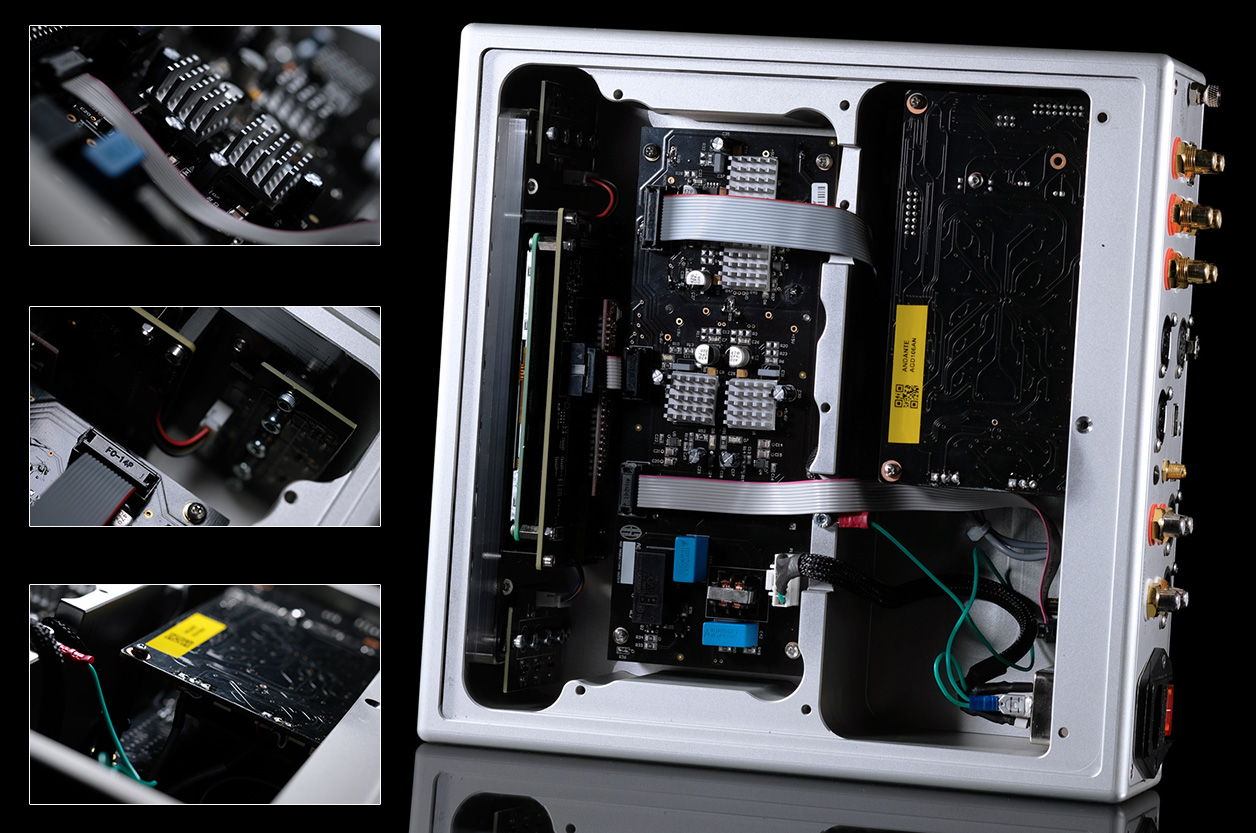 It's fair to repeat that Andante was designed to minimize not pile on audio hardware. Reviewing it as all-in-one thus seemed most appropriate. However, its bundled functions and a series of personal 'what if?' questions led to several unrealistic scenarios to expand my usual routine. Even though most people wouldn't go this route, my plan would test each key function separately to investigate Alberto's work beyond the already proven amplification arena. Blame a reviewer's curiosity. 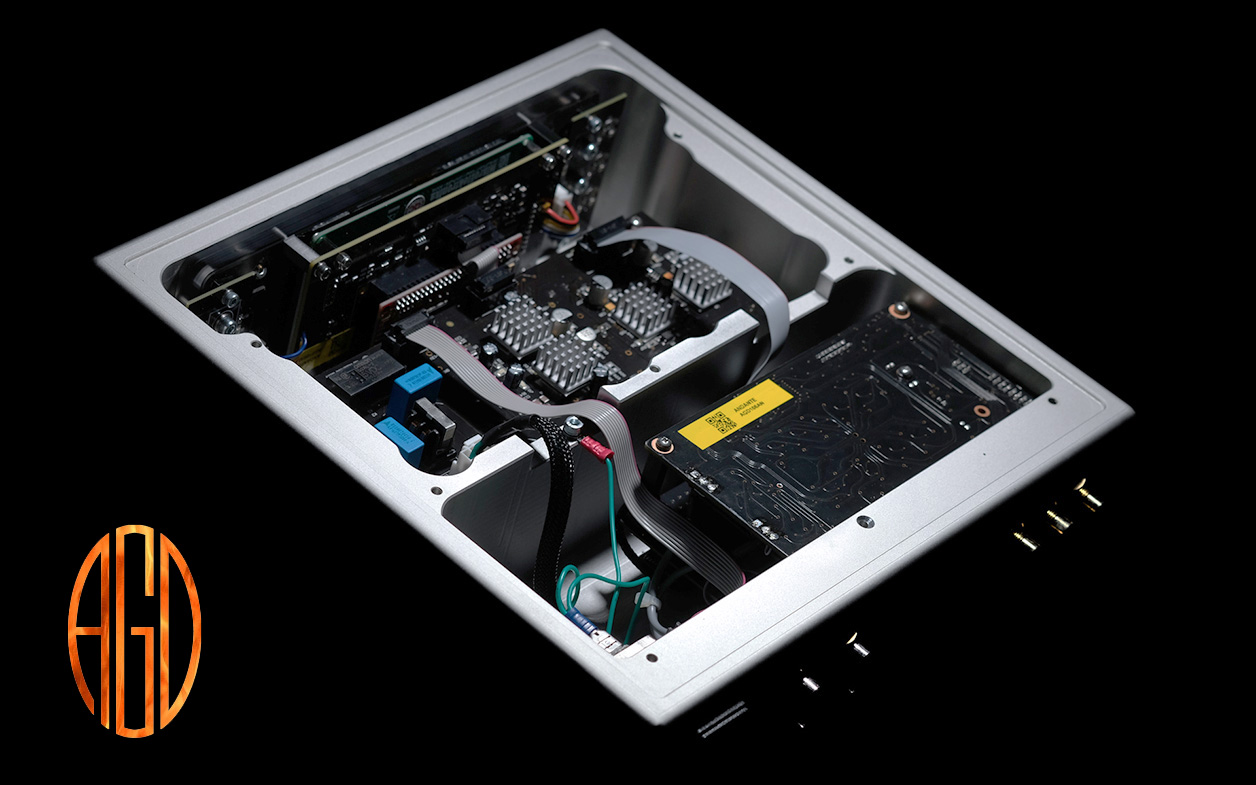 Andante's DAC was first. To bypass it, my LampizatOr connected to an RCA input. Either received USB data from the fidata. A single cable swap tapped each, Apple's remote switched between them and matched levels. The procedure was fast and convenient. I naturally assumed that my $30'000 standalone DAC with premium triodes would improve a thing or two. Not. When my Pacific DAC connected first, the effect was as open, expansive and midrange expressive as usual due to quality 300B/5U4G KR Audio bottles. However, attendant brittleness, hollowness, low torque and on-stage dilution indicated that something was off. The more A/Bs I clocked, the more obvious it became. Andante's digital circuit was the supreme leader. Its lead was so substantial that no cable or tweak could minimize it. Alberto's DAC eliminated all hollow shoutiness to sound gutsier, fuller, faster and noticeably better seasoned. Each time I returned to my domestic DAC, everything collapsed. With Alberto's, it all blossomed again. The key difference was how it created space, how visually attractive all images were and how pleasantly resonant. With the Vivace monos, Andante had both bite and saturation under control to sound very much complete.