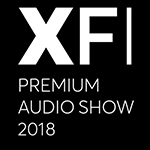 Highs in the lowlands.

XFI 2018. The sole surviving large audio show in the Netherlands is called XFI and its organizers label it a premium audio show. We spent two full days at the venue and were pleasantly entertained.

Said venue, a former monastery turned conference center, keeps visitors sighing whenever they've lost their way again. Even map in hand, going astray is easy. Every year we try to remember the best route to not miss a room but alas.

So, we take the confusion as part of the attraction. Visitors showed up early and stood in line to wait for the doors to open. From our hotel room, we had a nice overview of the eager lineup.

At show time, the first thing we noticed was a banner of the combined Siltech/Crystal Cable companies. This was no ordinary advertising banner but a real job advert for three vacancies. When we met Edwin later, he explained that sales were up and the companies not only need more employees, they had doubled their production floor space.Audio was booming again after years of slow sales. In the listening room a full Crystal Cable system sported Minissimo stand-mounted loudspeakers, matching sub and the Cube integrated amplifier. Though on static display, the room also showed some turntables. Besides overall sales picking up, turntables and thus vinyl are back in force. This year's XFI even had a special Vinyl Route laid out for all the rooms with turntables. 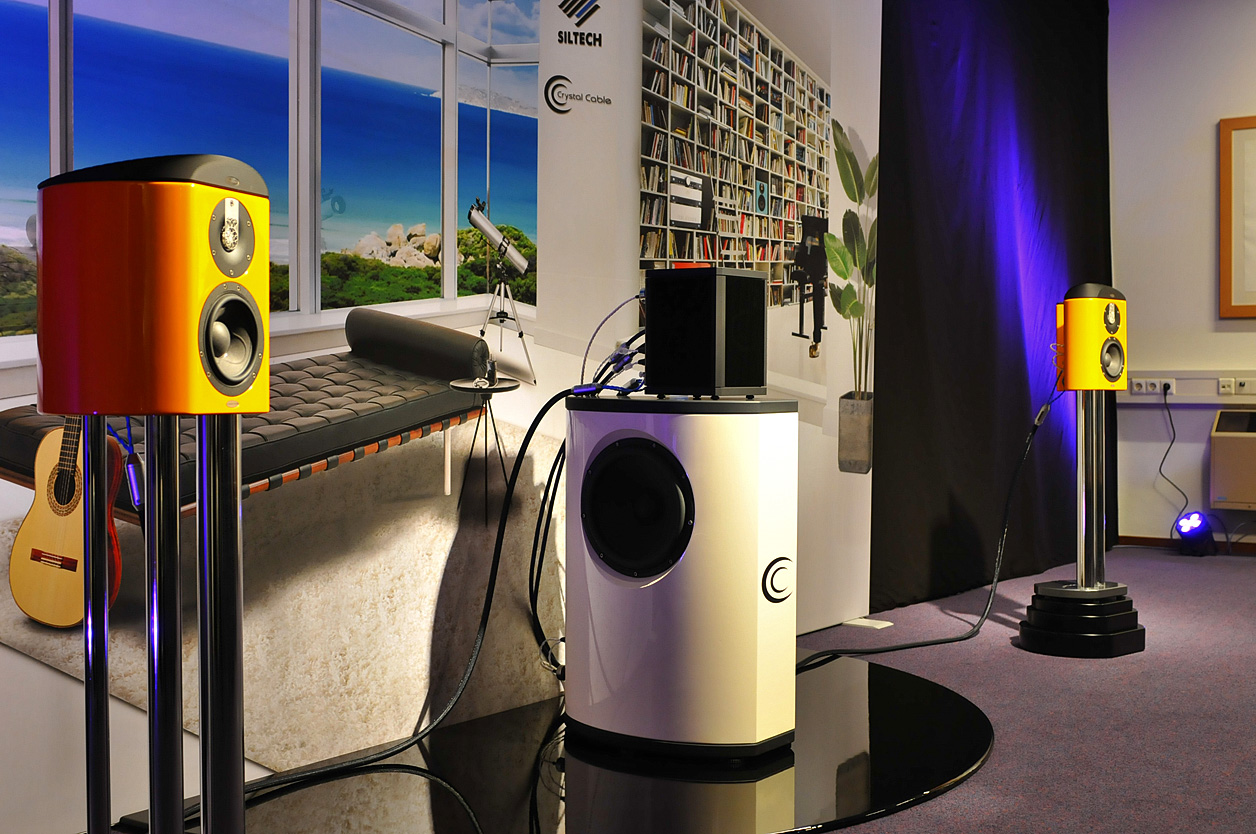 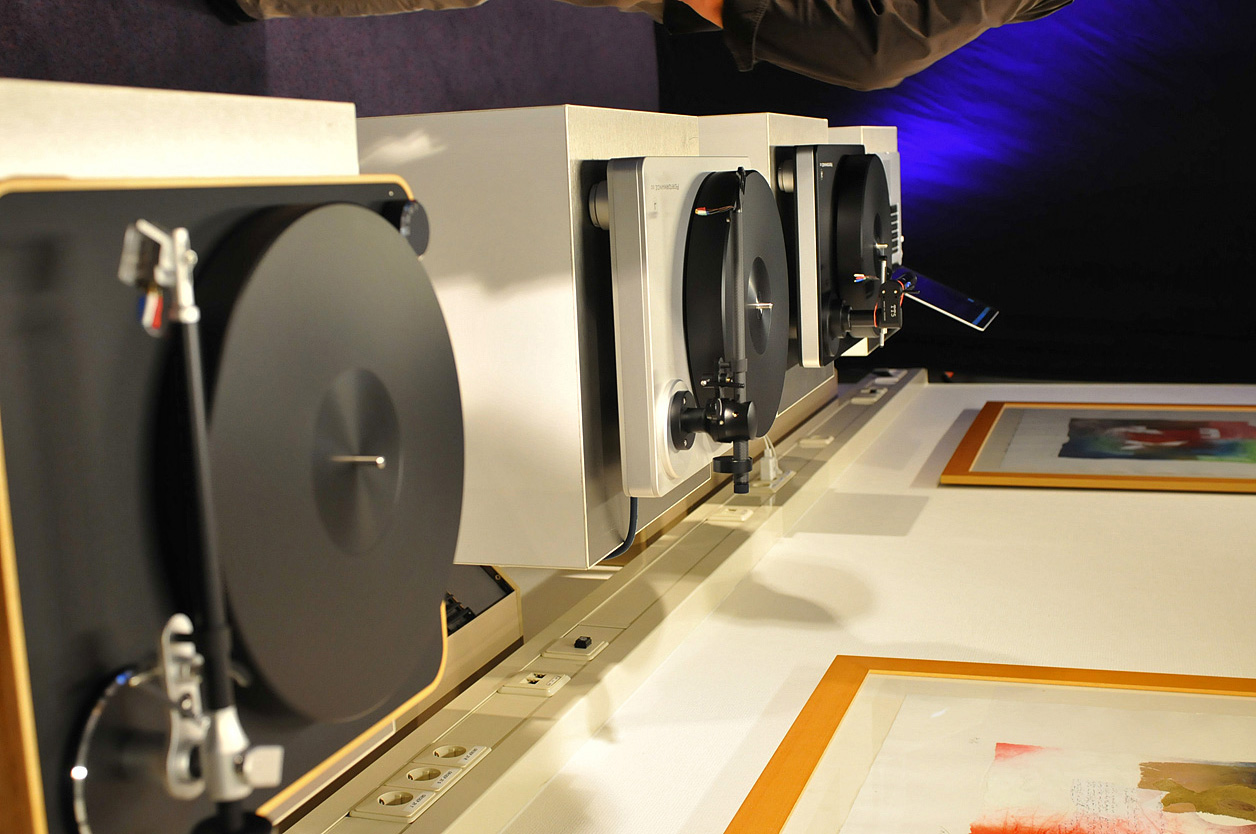 The large Piega Master Line Source dominated a setup with the new Gato CDD1 as source and their also new AMP150 amplifiers. The black loudspeakers are the Gato FM-50. 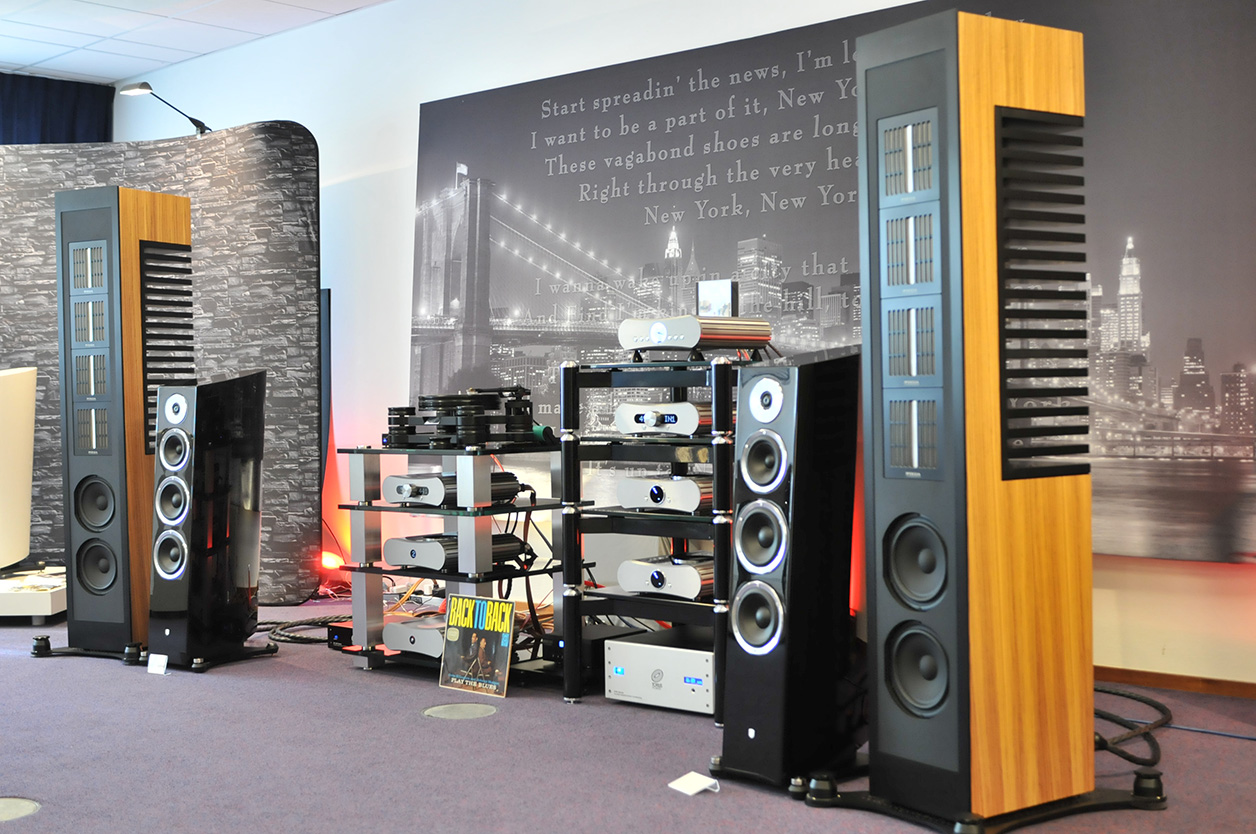 Bigger is better. That was unfortunately not true for the next room where a pair of Wilson Alexx with D'Agostino amplification did their utmost to damage our hearing and good mood. Too bad. We did not stay long. Bigger is badder? 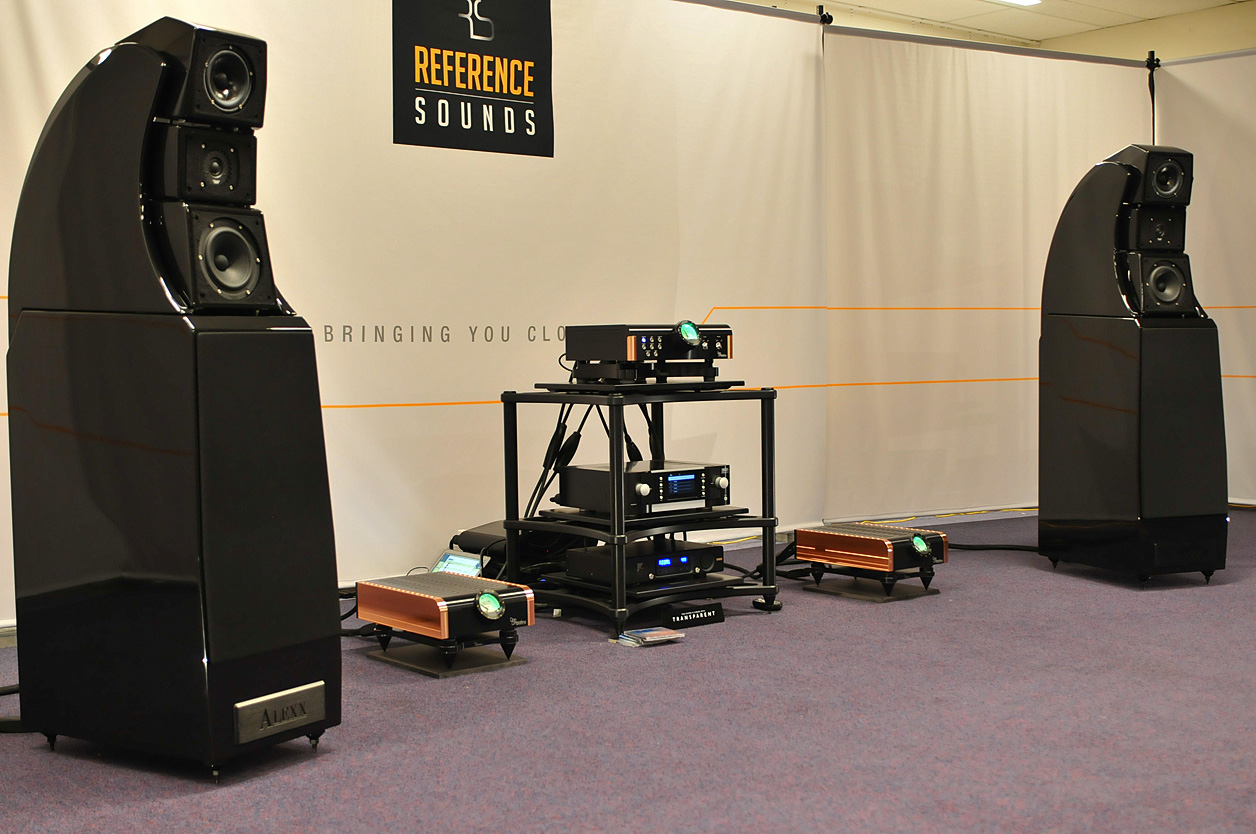 Two trends were clearly noticeable at the show: the enthusiastic return of vinyl and the dominance of streaming. Digital sources nowadays steer away from shiny discs and content is delivered via RJ45 cable or WiFi. Qobuz who were present did good business and many signed up for a subscription. 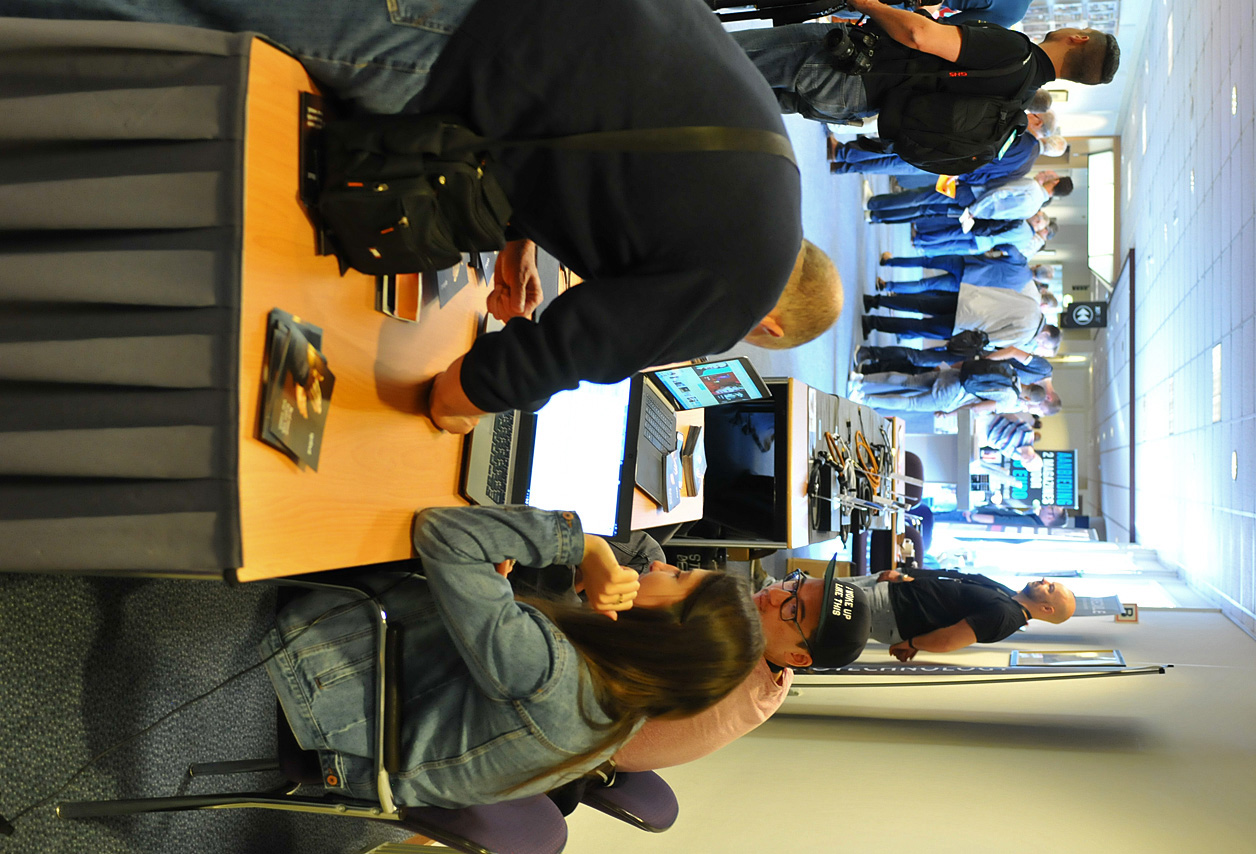 Private listening was also a hot topic. Lovers of headphones and other head gear had a choice of stands to select from throughout the show's long corridors 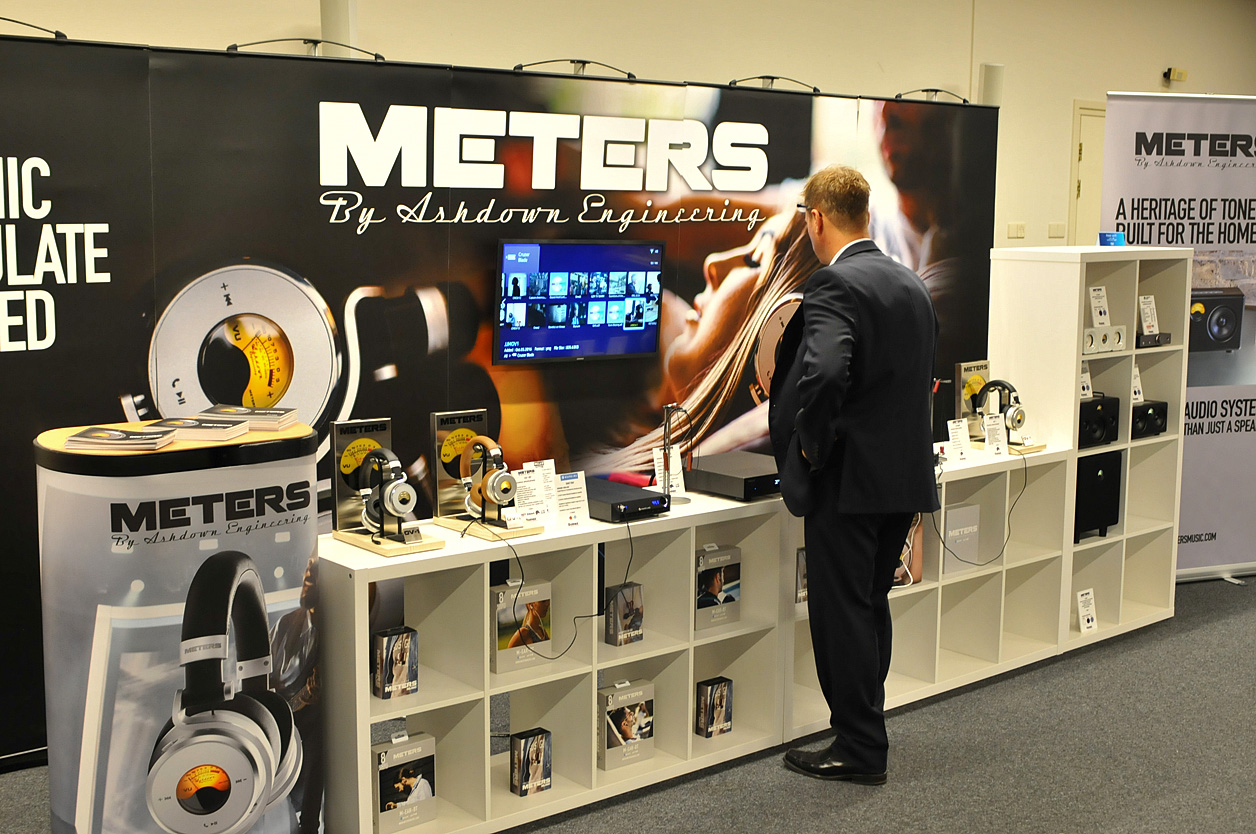 In one of the rooms shared between multiple exhibitors we found a brand back from being out of the spotlight for a while: PE aka Perpetuum Ebner. Their model PE 1010 is the most affordable classic sub-chassis turntable in this German catalogue. 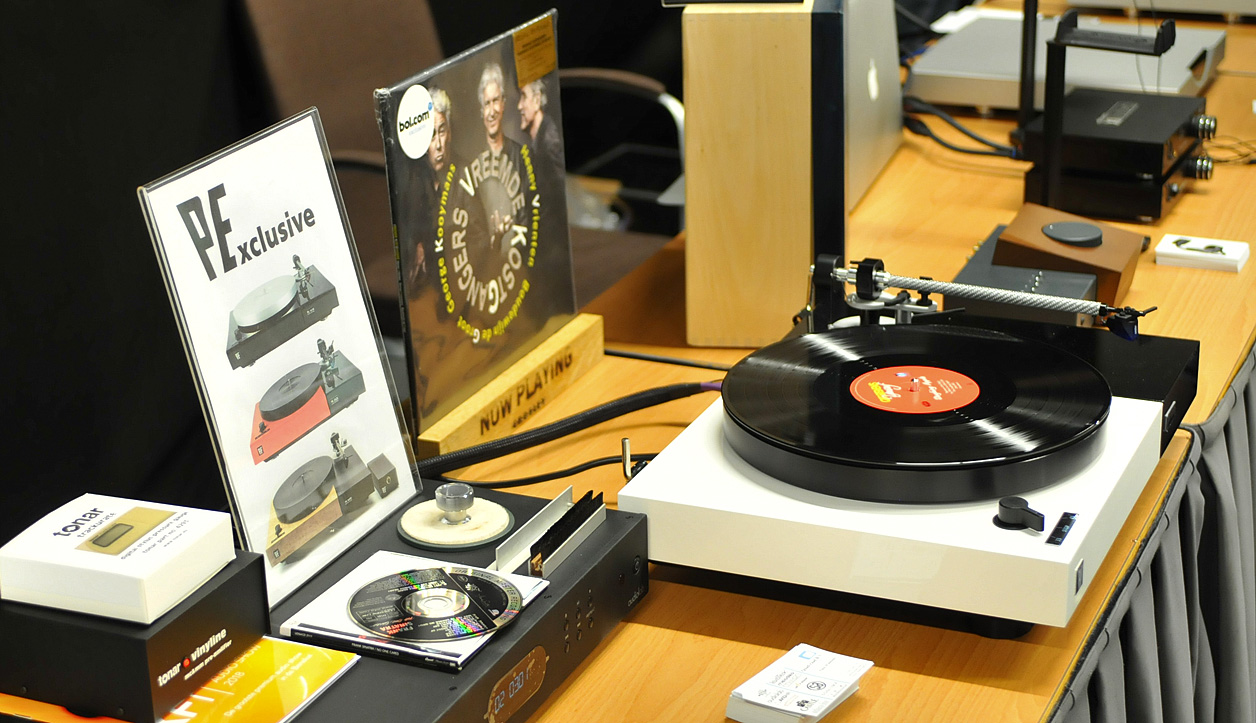 Like at each XFI show, a selection of colorful juke boxes brought big smiles to many a visitor's face. 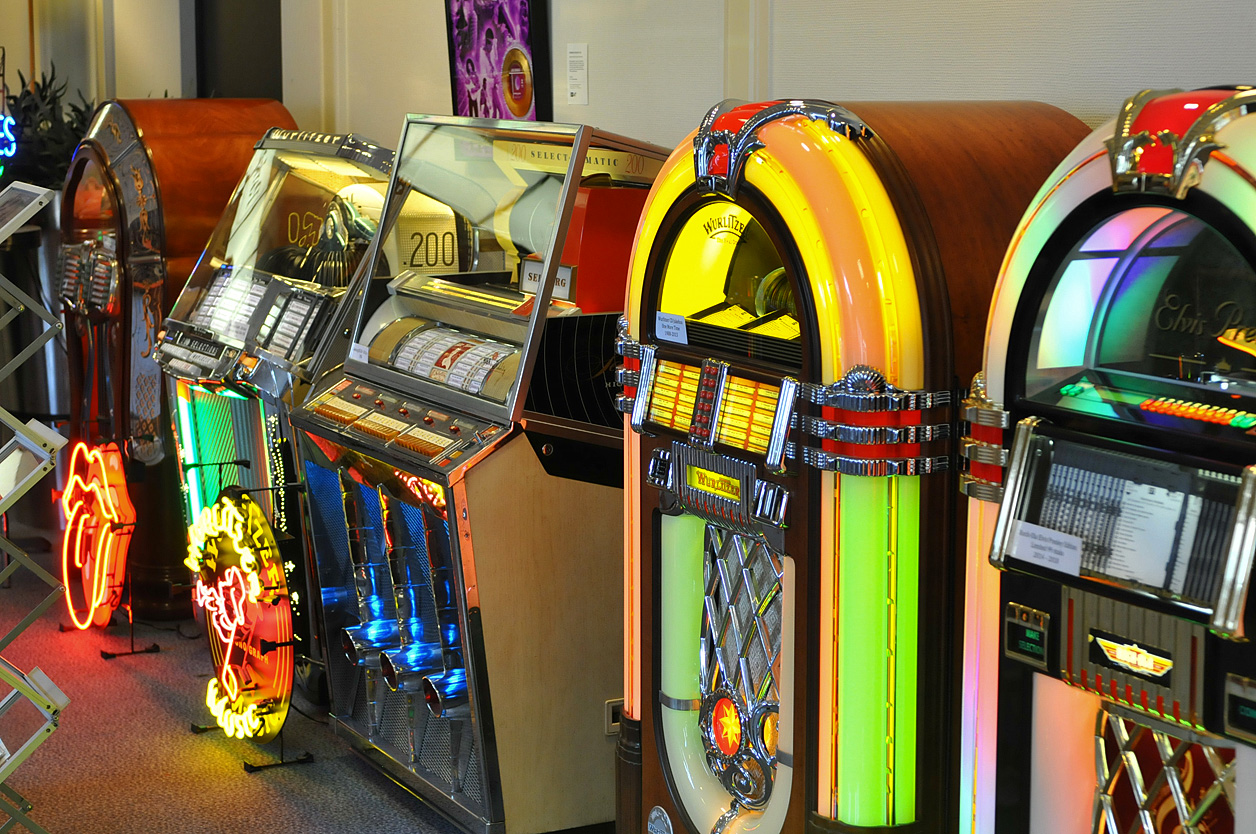