RATstudios the name implied a recording studio but they also manufacture loudspeakers for the consumer market. Currently they offer us three models. The Callisto floorstander sports a 1" tweeter with 3D-printed ring membrane. Lower frequencies are handled by a 6.5" mid/woofer with carbon fiber cone. The rear-vented design covers 40Hz to 20kHz -3dB. Voyager was the name of their ported monitor whose response covers an honest 56Hz to 20kHz while sensitivity is a low 82dB. We listened to some Polish hard rock and the Voyager made a decent representation of it. 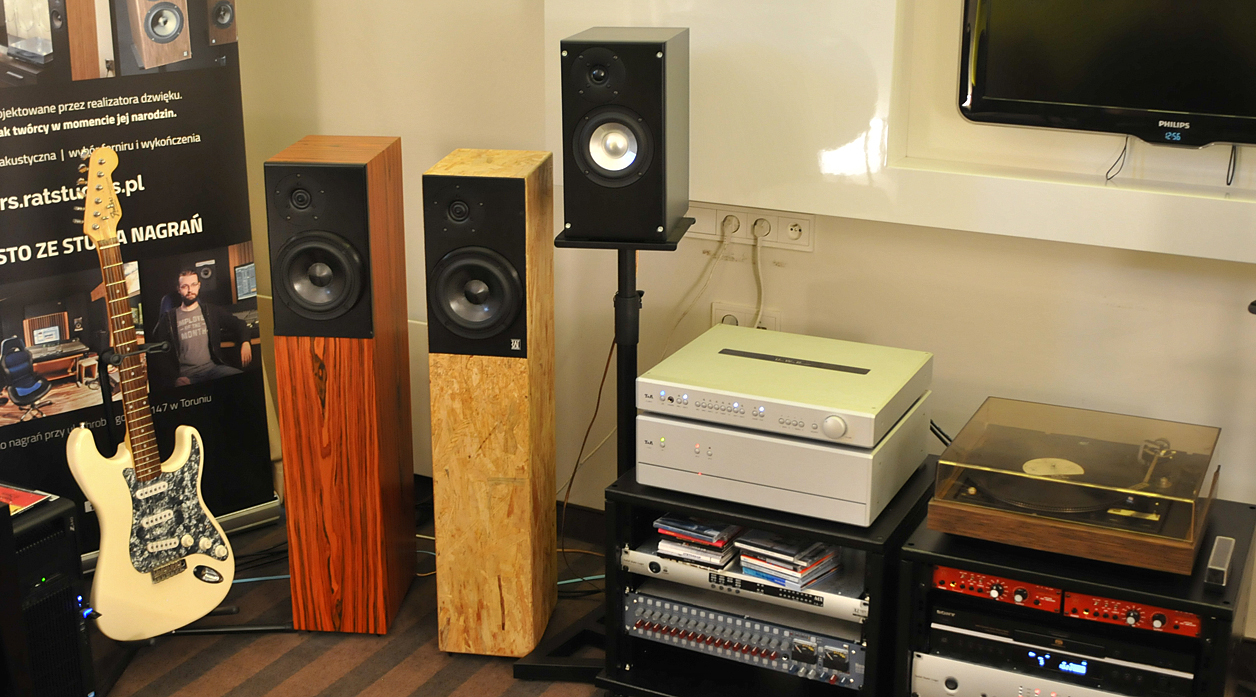 Italian Pearl Evolution were the makers of the Mini Ballerina here augmented by the LFM low-frequency module covering 110Hz – 43Hz while the 3-way design took care of the higher freqs. Lector Audio, fellow Italians, provided the electronics in use. 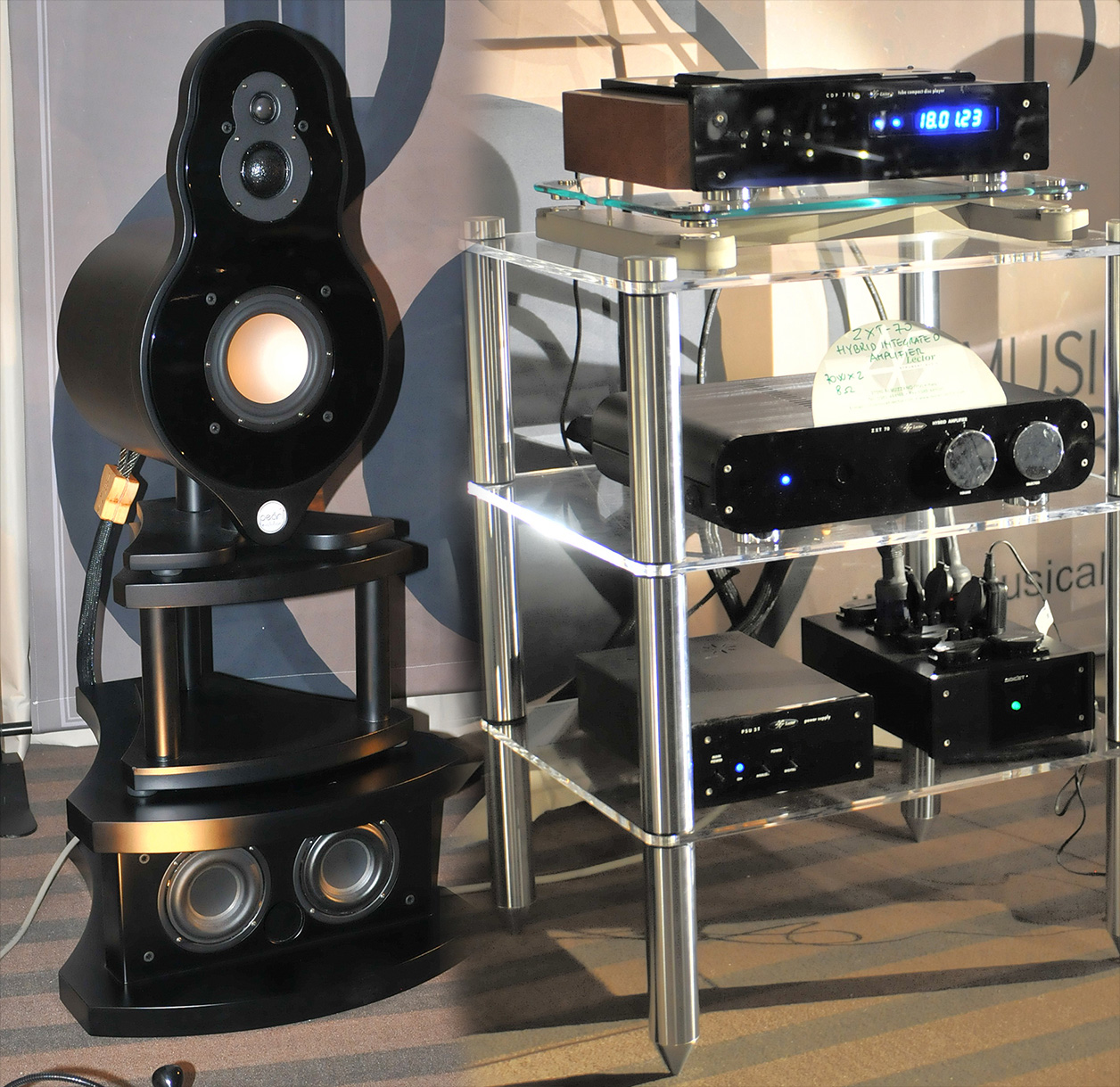 Haiku Audio from Poland presented their EL34-based single-ended Origami integrated amplifier. Drivers are ECC82, the rectifier is a 5C3S. Output of this no-frills design is a decent 10wpc. The other amplifier in the spot light was the Selene equipped with 6B4G output triodes and 3(!) 6SN7 drivers for 12wpc. Both amplifiers offered a lot of musical joy at still affordable prices. 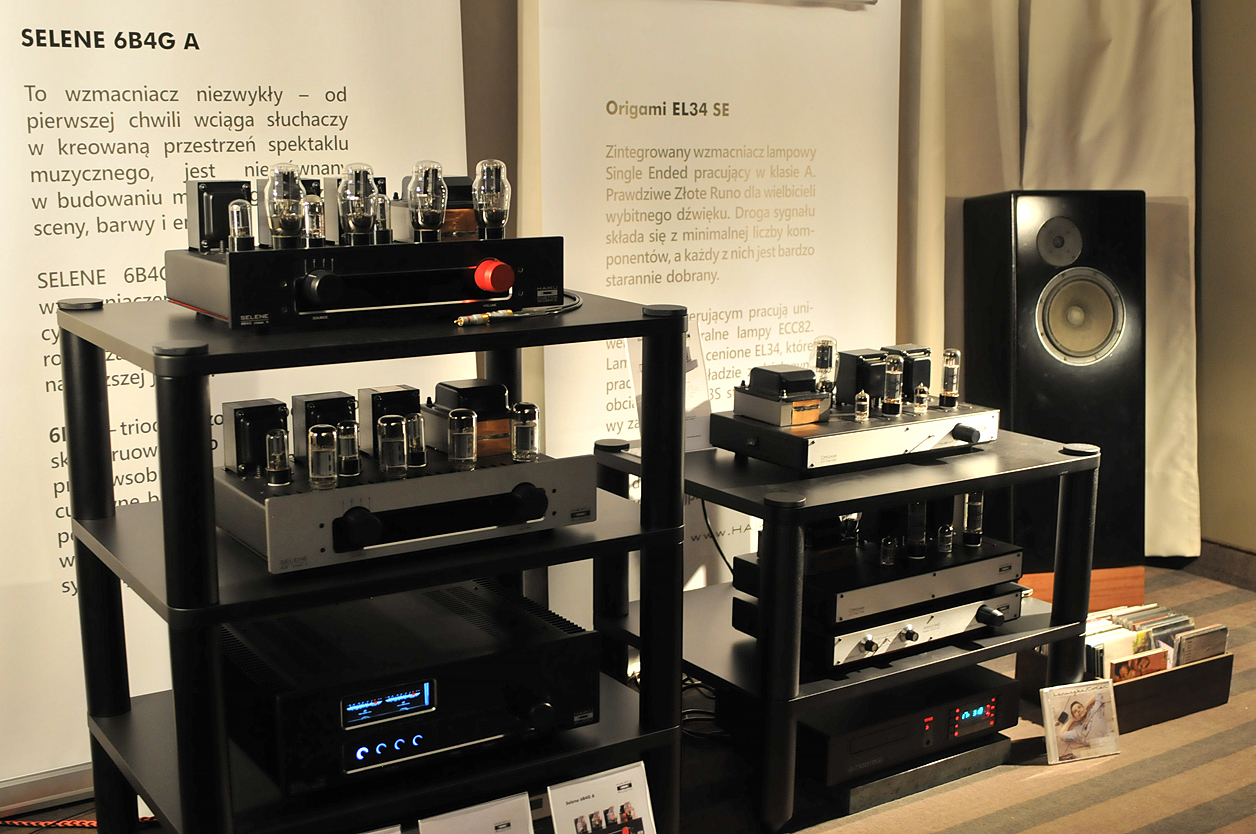 Then it was about how not to get bamboozled by all of the bamboo used by Tri Art. The Canadians occupied two rooms and after a long day, both were an oasis to our ears. Steve Ginsberg and his Austrian brother-in-law ran the exhibits. One room used the larger B-Series 5 open baffles with external crossover. These cover 27Hz – 40kHz and rate at 92dB. It is always amazing to get one's mind around a turntable fully made from wood when most all other turntable manufacturers go virtually berserk at explaining how and what space technology they exploit to secure the ultimate precision needed to get the best from vinyl. Tri Art don't boast about high tech but simply present turntables made from bamboo, with metal only where absolutely needed, yet which equal or surpass the shiny heavyweights elsewhere. The other electronics were of the same quality and combined the music here was supremely comforting.

Their second room showcased the passive P-Series mini tower with elaborately filigreed "pressure-release apertures" and the B-series 4 open baffle with external crossover. This smaller loudspeaker offered the same high sensitivity as the larger one of the previous room but its single woofer only reaches 35Hz (-3dB). Of the two rooms, we liked this B-series 4 speaker best. Even at decent—read not shy—SPL, the system was in full harmony with the room. No boom, no low-pressure zones, just a perfect match. The reason it sounded so good? Expert setup by Steve and lavish use of Tri Art room treatment devices like tiny wooden blocks and metal resonators proudly inspired by Franck Tchang. In hindsight, this room offered the most satisfying experience of the show this year. Tri Art make a very wide range of electronics, loudspeakers, racks and tuning devices at prices that are more than friendly, even low. Admittedly not everyone loves the bamboo look but in the coming months, new colored finishes will become available.

One of the many reasons we keep visiting the Warsaw audio show are the many new brands who present their products or themselves for the very first time. Show organizer Adam makes it affordable to participate and the good name and fame of the show attracts a wealth of visitors. This year Polish company Lucarto Audio premiered and with a complete lineup from source to speakers. We listened to their Songolo SX300, a 3-way covering 32Hz – 30kHz at 89dB efficiency. Drivers were from ScanSpeak's Illuminator series and Audax. Caps and coils came from Mundorf and Jantzen. The MA300BSE power amps from the same Songolo series ran paralleled ElectroHarmonix 300B for 14 watts. Driver tubes were Psvane CV181 and the rectifier was a 5C3S. Under the turntable sat the P300SE preamp, another dual-mono design features the option to run in direct mode bypassing the solid-state controls and using just the 6N6P-I tubes. On the bottom shelf sat the D300SE DAC with CV181 output tubes and 5C4S rectifier, another dual mono design now around a pair of AK4490EQ DAC chips. The USB input is good for 32bit/384kHz. On top of the CD player was their new streamer. In the sparse literature about Lucarto Audio, we saw mention that they started 6 years ago. One wonders where they hid all that time. The products of their Songolo range—and there are two more series available—looked stunning and sounded really fine. We hope to see/hear more of them.

Ukrainian Rush loudspeakers from Kiev were next. On active display was a monitor whose name we failed to catch. A bit more info was available for the Interface+ SE33 dual mono power amplifier. It runs 6BQ7A driver tubes and 6C33C power tubes to make 18 watts. 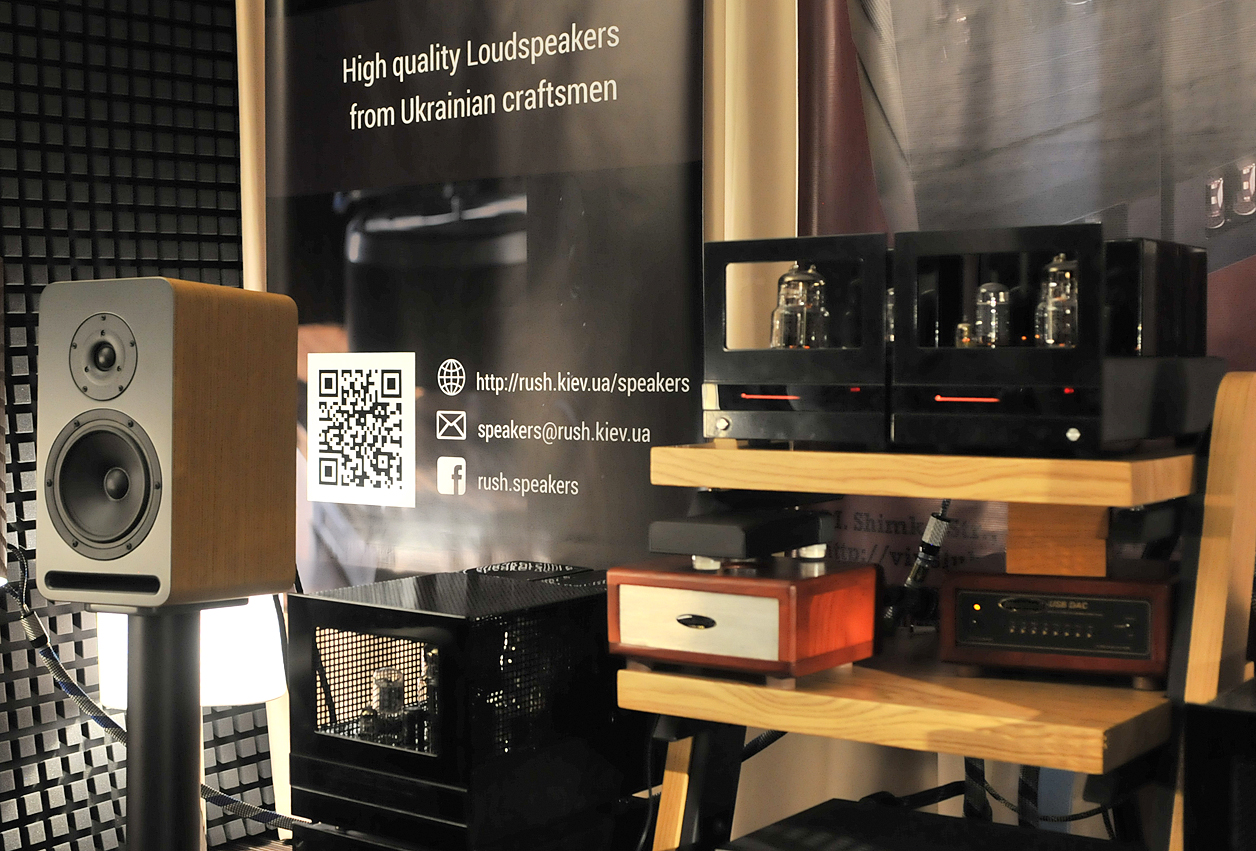 An immense Marton Opusclum Reference 3 amplifier was the main pièce de resistance in one of the larger rooms oh the Sobieski's ground floor. 120kg of hardware output up to 400 watts per channel from a dual mono design without internal signal wiring. A 500.000μF capacitor bank festoons the power supply. The amplifier can be set to class A for the first 50 watts. Another feature converts it from integrated amplifier to a dual-mono stereo or monaural amplifier. The Wilson Audio Alexia Series 2 in use drew a lot of attention from the visitors. When we stopped in, the sound still needed some TLC however. 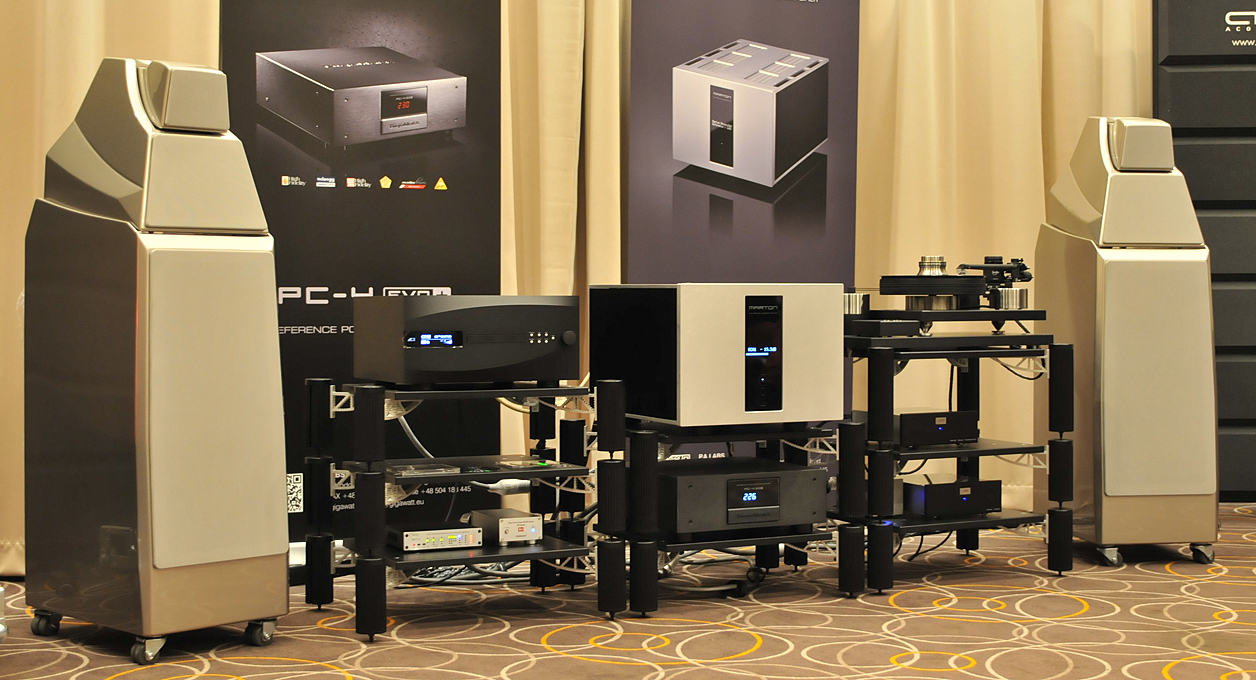 New to market were French brand Stellar Audio with their Amelia loudspeakers. Electronics were by APL from Bulgaria, cables by Esprit. Stellar was so new as to still lack a proper website – and we don't do FaceBook, sorry. 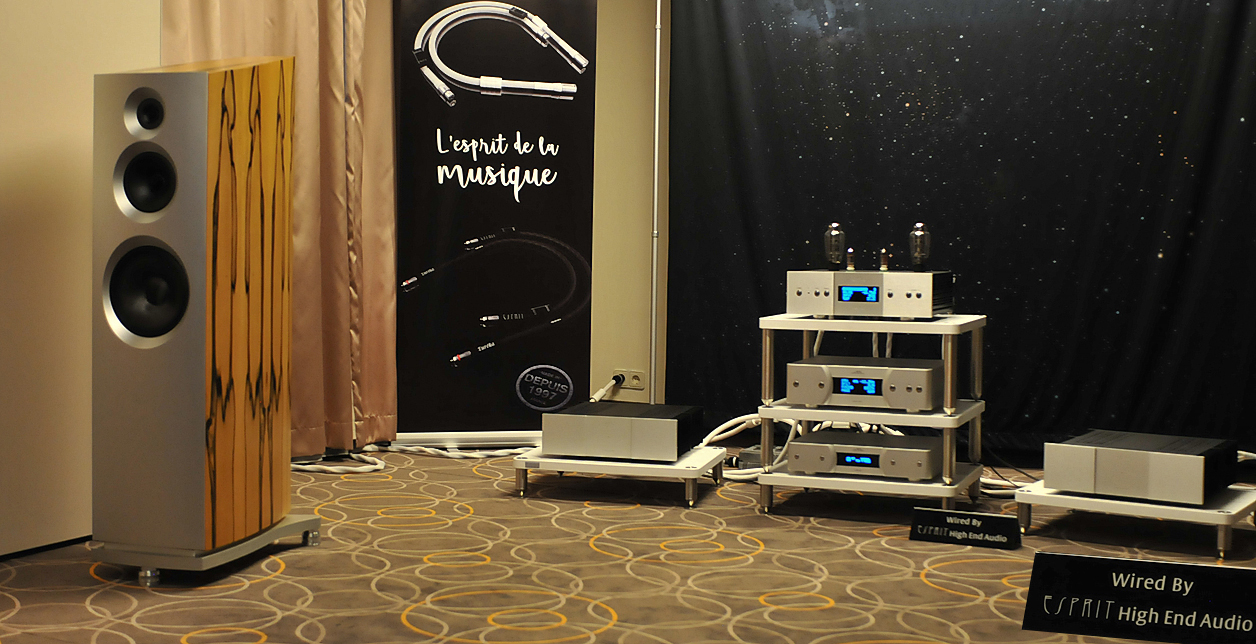 On static display we spotted a pair of familiar loudspeakers, Sounddeco's Alpha F3. We own a pair. New to us was simply the addition "by Tonsil". Some Googling learned that a month prior, Tonsil had acquired the Sounddeco brand from its Witowa owners but the people behind Sounddeco will continue to develop further models under the new umbrella. 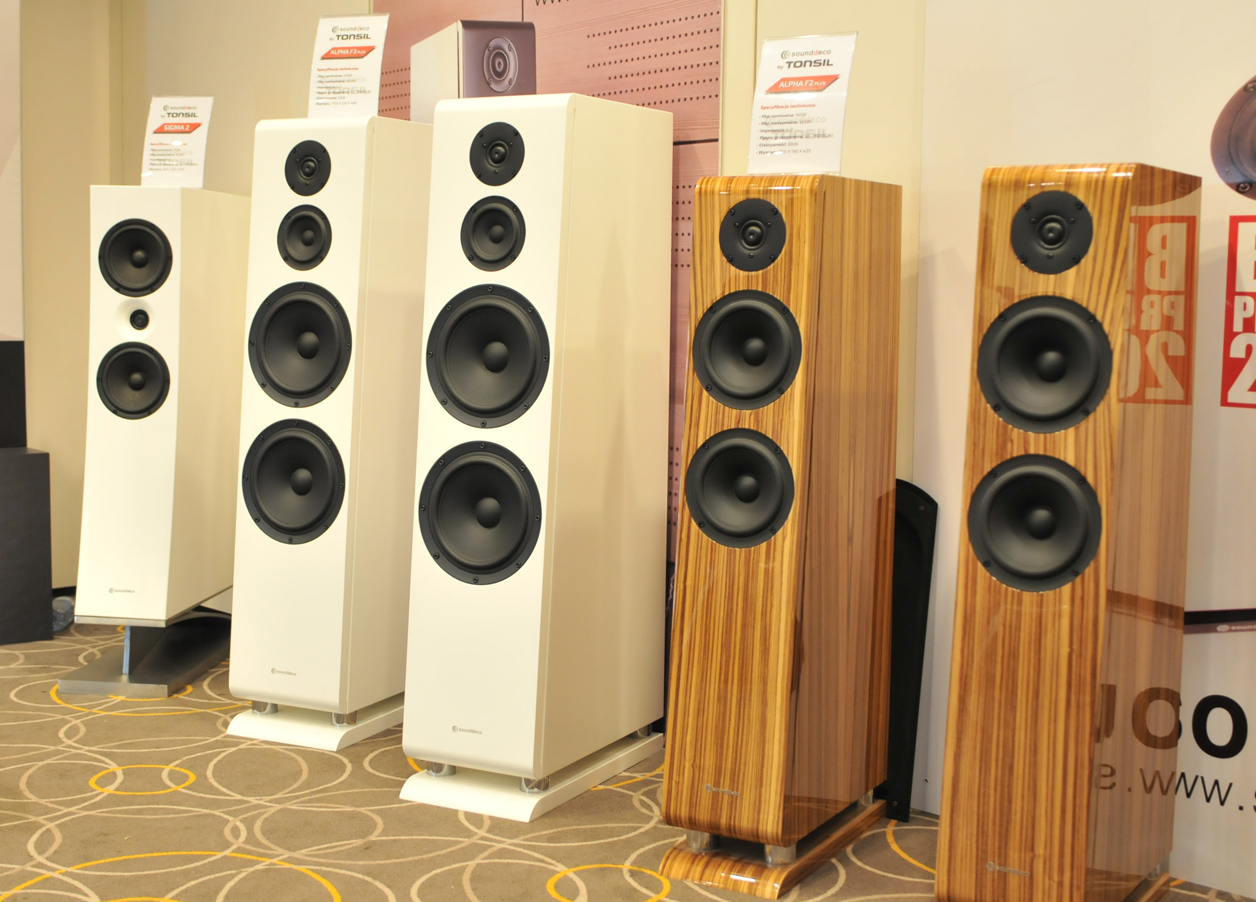