Not Vermouse. Despite the speaker's somewhat deceptive monitor appellation—we already know especially its depth to be quite über—there was nothing mousy about it. In fact with 60wpc upstairs, its down-low capabilities ended up just a bit mouthy. So the critical listening happened in the bigger downstairs room which reset bassy to just right. Preceded by Hendry's own white Reference speaker cable atop Furutech lifters and Kinki Studio's 2.5MHz DC-coupled EX-7B monos dishing out x 4 the power, the unobtainium Duelund xover had a chance to shine. 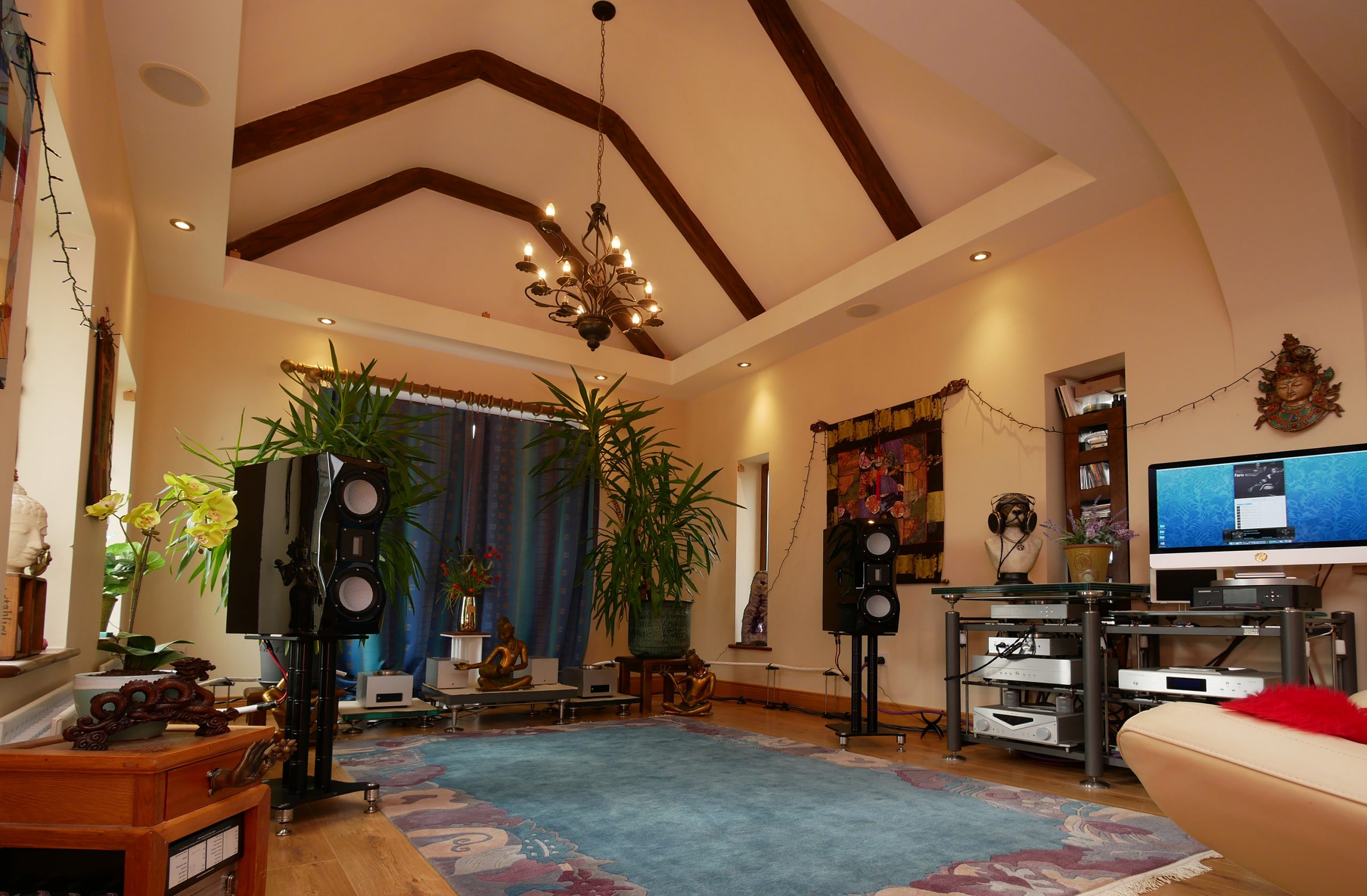 How so? On Alain Pratali's 8" 2-way Aurai Audio M1 Classic, a floorstander with Accuton mid/woofer + proprietary horn tweeter, the direct-coupled amps of extreme bandwidth behave fussier. They out lesser recordings for their thinner, whiter, splashier miscalculations on the mixing and/or mastering console. Outfitted with very comparable drivers, the Vermöuth clearly was no less resolved just not as ruthlessly critical. Knowing no different—for that I'd have to hear it with entry-level filter parts—my imaginary X-ray vision looked at the Duelund bits. Surely they had to be the reason why this ribbon surrounded by two hard ceramic diaphragms remained friendlier, fuller and smoother when presented with fare that was lean, forward and hot to be overcooked to varying degrees. If so, that's why Hendry has his costlier filter options. They behave like enzyme packs to make bristlier fare easier to digest. But still they hold up a watchmaker's loupe of high magnification to be the HD speakers you'd expect in this league.

During years of hifi shows on the pre-isolation beat, I'd never loved Accuton speakers. That changed when I met Massimo Costa's Albedo brand. So I reviewed his small Aptica transmission-line tower with 1st-order filters, then bought a pair as ambassadors for the breed in my hardware arsenal. I still have it. Much later the Aurai M1 usurped its place. To this day I'm aware of ceramic implementations which I find threadbare. Others strike me as well-balanced between pistonic exactitude and tonal charms. For springtime blossoms, I use subtle contributions of direct-heated and direct-coupled boutique preamp triodes. It's all about knowing one's own taste, then making ever tighter hardware zigzags until they overlay our personal straight line as best as we can manage.

If you feel more AC than DC—more anti than dearly ceramic plus foresee sonic equivalents of highly reflective gloss lacquer and sharp cabinet facets—you'll want to know. Do such sentiments hold? After all, dosage doesn't matter with a peanut allergy. Anything is already too much. Let's see then. I've tuned our big system for speed and timing. That gives a transient-happy speaker ideal conditions to shine; or overdo it. The Vermöuth did what it should have done. It aced timing. Anything percussive which slaps, cracks, ticks, pings, zings, rattles or pops had that directness which in daily life glass shattering or doors slamming have. Their suddenness jolts us. It's not wrapped in sticky cotton taffy. It's acute. In those terms, one must call the Up3 terrifically astute. It's the opposite of time confused with all the minor or major blur and fuzz that entails. The easiest way to describe this fundamental timing difference is comparing a modern symphony orchestra to the Dutch Intercontinental Ensemble. They whittle down massively paralleled forces to just string quartet + woodwind quintet = 9. Yet those nine players prove sufficient to play cleverly arranged symphonic scores. They're less dense and dark, far more clear and light. Check out the excerpts in the video or get their first album on trptk. It's fabulous!