In the meantime we had received a pair of Ilumnia Magister floorstanders for review. This is a ported two-way design with a unique free-floating omnidirectional cone driver. The Belgian maker rates it at roughly 89dB which meant that when combined with the Pandora, the amps might work outside the first watt for a change. We might even see some action in the VU meter department? Alas, we could not get the meters' attention. 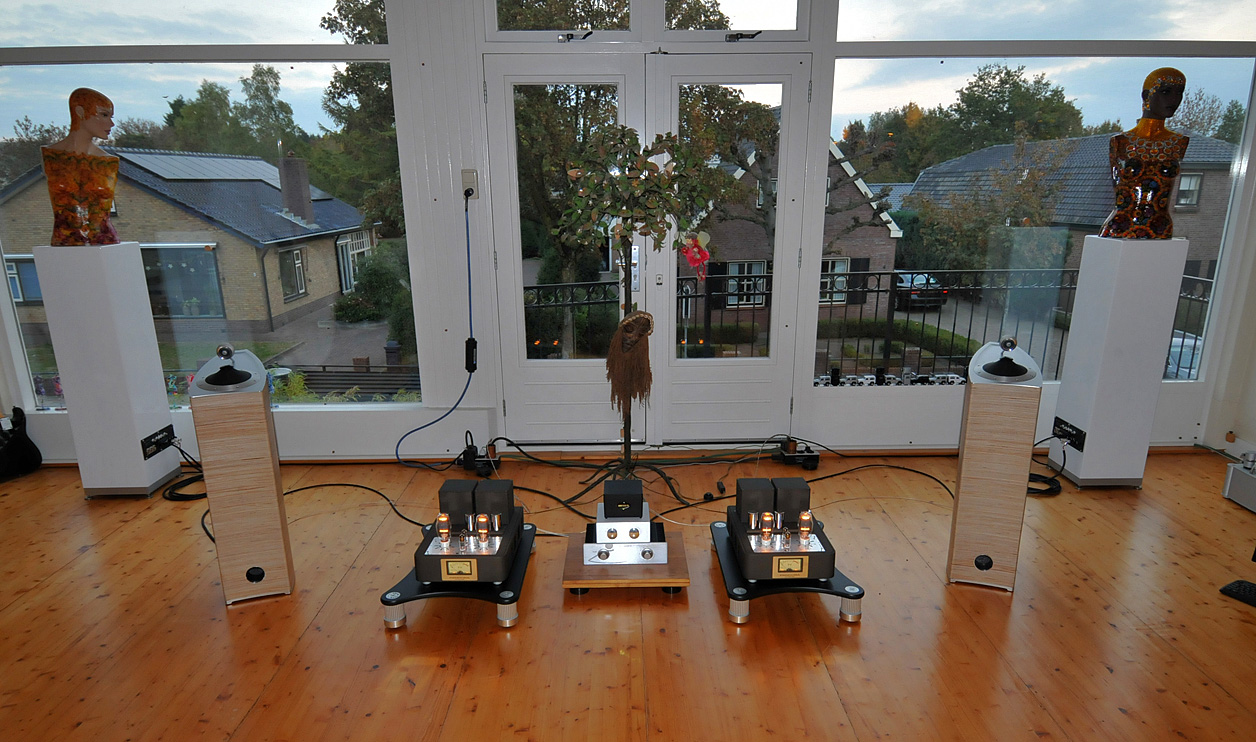 As we wrote already in our Magister review, this loudspeaker combines the characteristics of a horn and electrostat. It is very fast, dynamically responsive, free from the usual compression effects of dynamic drivers and overall very clean – in short, an ideal instrument to judge any amplifier against. Now we could dial up Lara's volume without introducing any noise or other negatives. A great recording was Yo-Yo Ma with Eric Jacobson and The Knights called Golijov: Azul where a so-called hyper accordion plays a prominent role in a now and then whirling/soaring frenzy of strings and thundering brass. Shards of tango, klezmer and gypsy music passed by and after a full orchestra with embedded band, a serene harp set in followed by a melancholic cello. 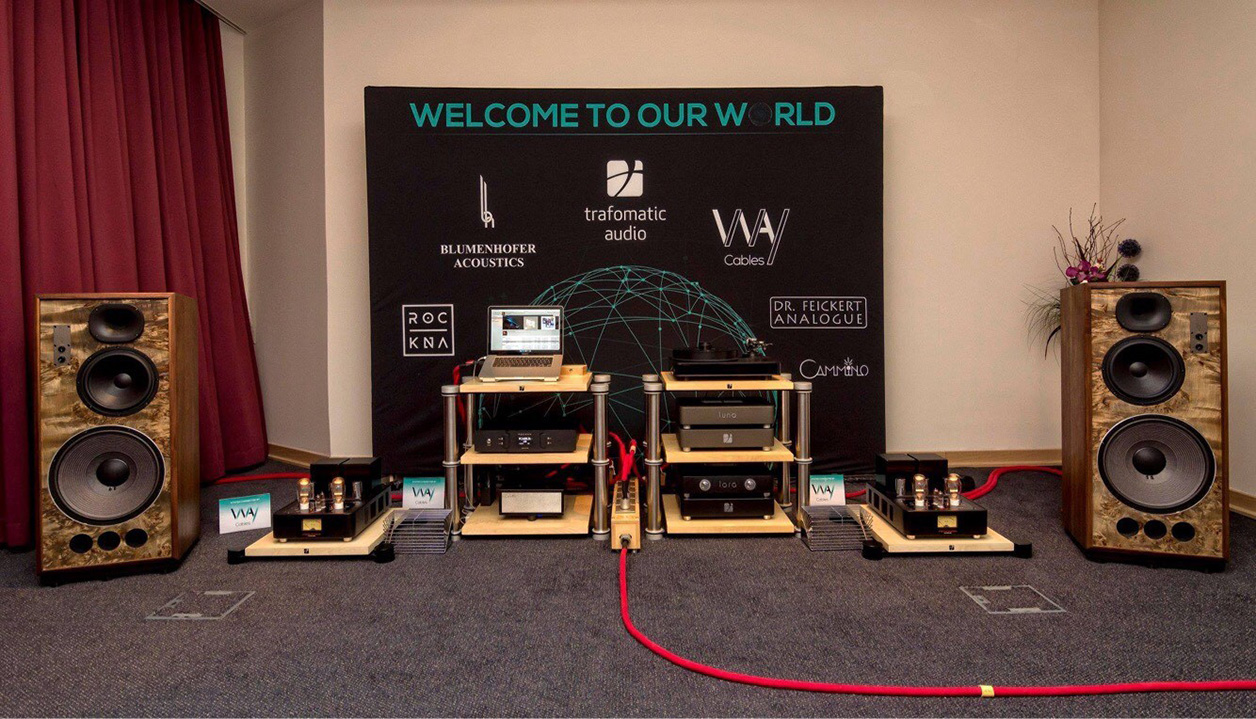 Trafomatic with Blumenhofer at the 2018 Serbian Hi-Files show

Just like the great Pandora/Duo Omega match, the Pandora/Magister combination was brilliant. On both loudspeakers with very different design principles—directional horns vs omni, 16Ω/109dB vs 8Ω/89dB—Saša's Pandoras were in full control.

In the fun department which makes you dance nekkid through the house, we took to Sofi Tukker's Soft Animals. It's nothing high-end or of audiophile quality but sheer fun; which is what music is for! Play "Drinkee" and you know what we mean. Even the stoic Trafomatics had their fun. And while we were in a party mood, J. Geils' Full House became another great animator. Recorded in 1972, we spun the original vinyl into our Trafomatic Reference Phono One to a full house of Trafomatic. A little different was the triple album of the Dutch Kyteman Orchestra's The Jam Sessions. All tracks are live improvisations under the guidance of Colin Benders on flügelhorn, thus music without any mental presets of scores. Very refreshing is that these improvisations didn't end up as a band-only thing. The audience was included to make the outcome extra accessible. 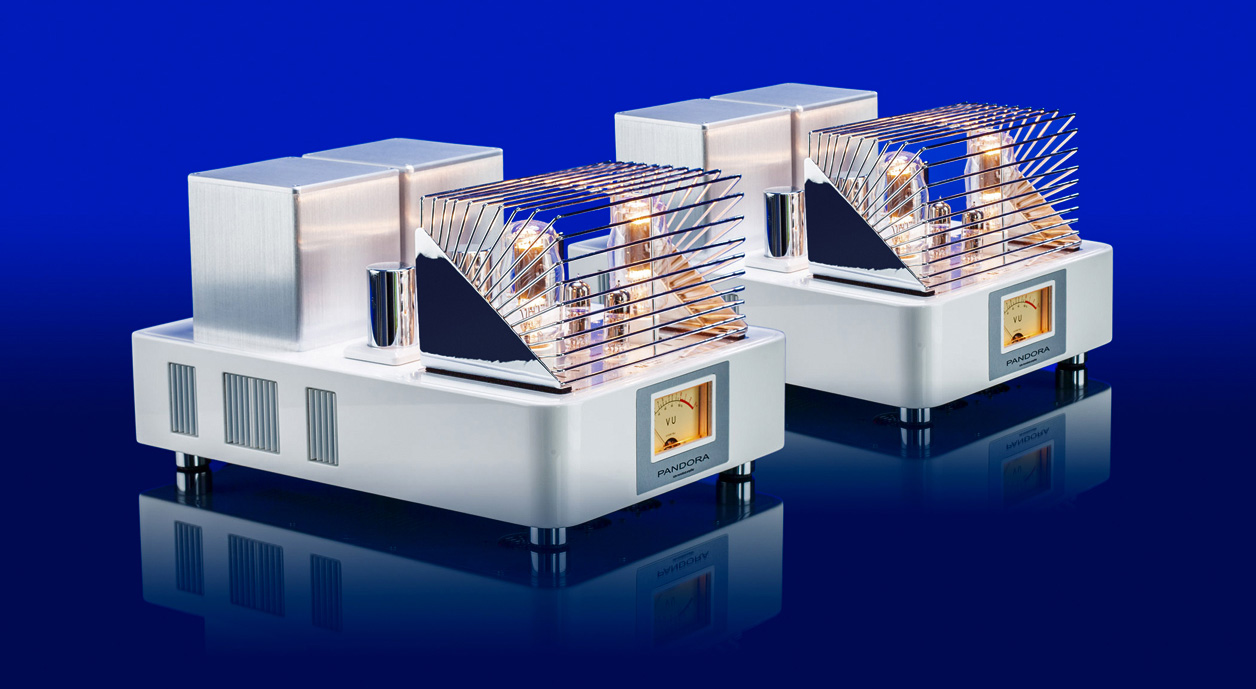 The end. Most tube amplifiers to market follow the old school of the tried and proven. Only a few designers can and will think out of the box to come up with innovations still based on classic designs. Of that select company, even fewer go on evolving and explore new roads toward the goal of the best music reproduction with tubes and transformers. We think that Saša belongs into that league and so do these products. 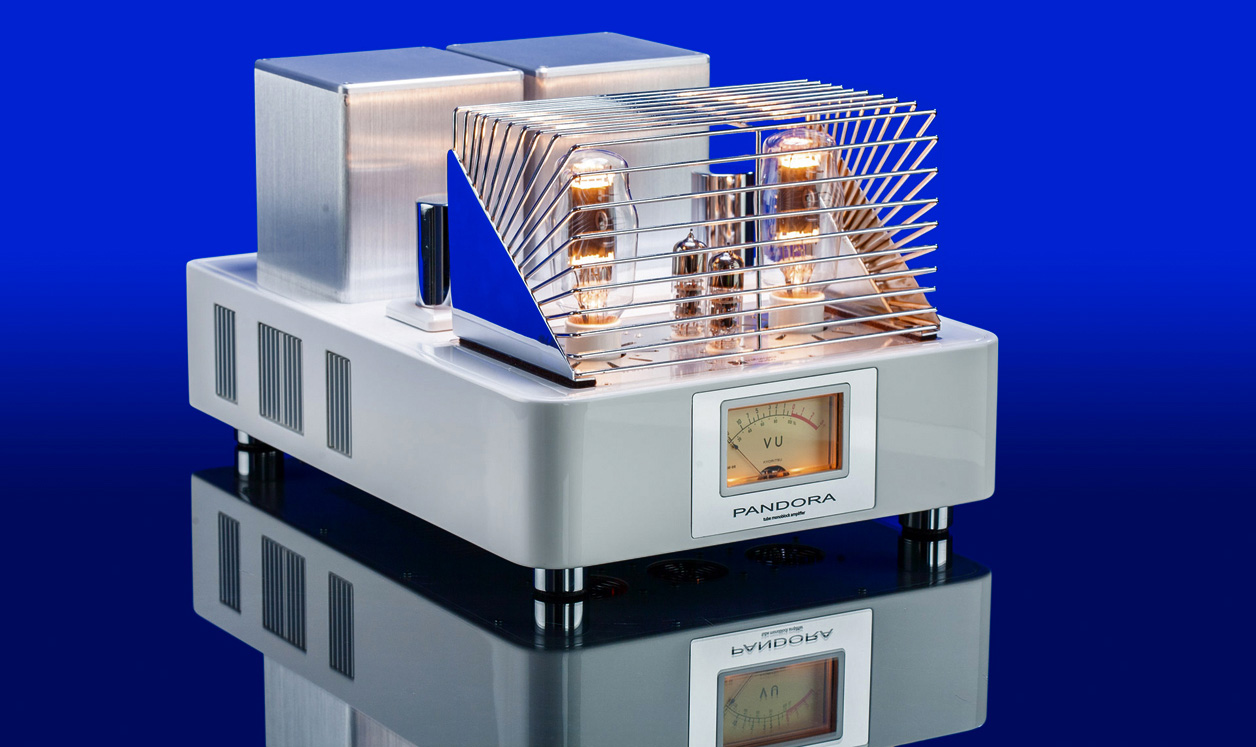 We spent a few weeks with these latest Trafomatic amps and enjoyed our time immensely. Any combination of hardware and any software we tried pleased us. In many cases we felt leery to alter a setup just to check on another combination. In the beginning we were anxious to try the potentially unhappy marriage of highly sensitive speakers with fairly powerful amplifiers. Due to their extremely low distortion and absentee noise, that anxiety proved unfounded. The Pandora twins were a great match with all loudspeakers we tried and always presented them to best effect. So don't think of Pandora's box. Instead, think of Pandora as the first human woman whose name combined 'pan' and 'doron' to translate into The All-Giving. Because that's what these Serbian amplifiers are about…