Each Pandora mono sat on its own Solid Tech base and the matching Coleman Edition Lara preamp in the middle of an Acoustic Systems plinth with Solid Tech spring footers. We used pure balanced connections from DAC to preamp to power amps. With 40 watts per side and tube not transistor watts, our first choice of 109dB efficient Avantgarde Duo Omega horns wasn't intuitive but would lay bare any noise or distortion without mercy. 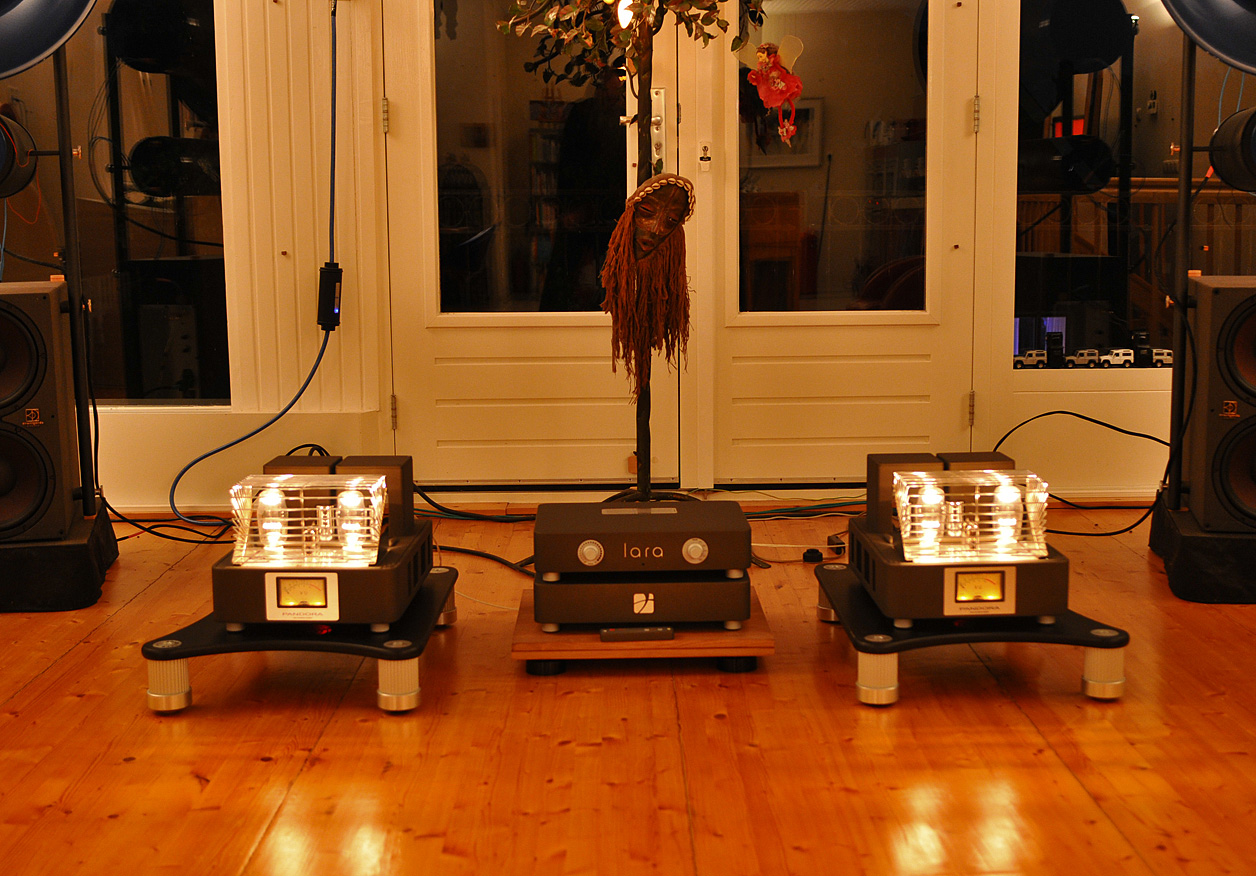 With all cabling in place, Lara switched on first. When she was awake, her relays—and yes, Saša considers her a female—gave way gently so that both Pandoras could come to life. Now the room lit up because the four Svetlana triodes emitted plenty of white photons but the speakers no hum. There was only a slight mechanical tingle from the power tubes as they warmed up and settled in. For now we left the tube cages on but that was to change soon. With no resident pets or rug rats, the exposed tubes posed no danger of the smell of burning skin. 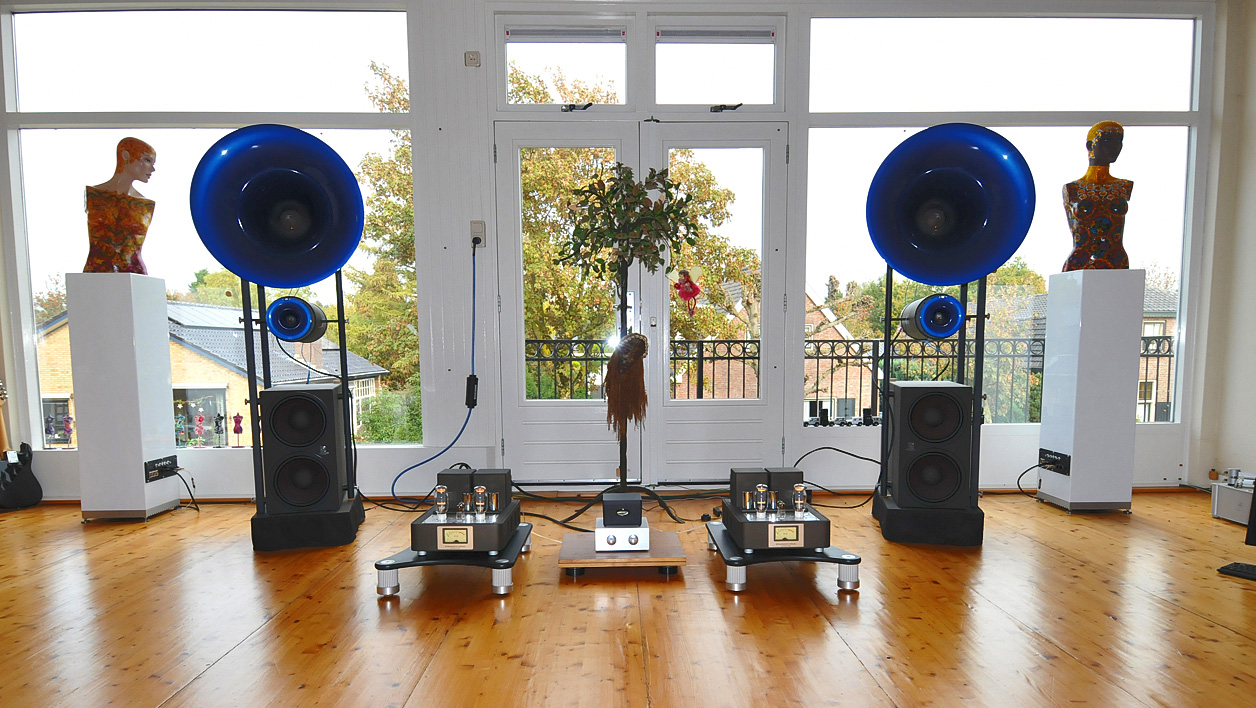 We were ready for Round #1. Our first question to answer was whether noise would manifest as volume went up. Armed with Lara's remote control which felt great in that rubberized DuPont finish, we raise the volume without music playing. The whole combination remained dead silent when we reached 12 o'clock on the dial even at close range with an ear fronting the tweeter. Time for some music. The Qotob Trio's Entity involves cello, piano and accordion in a blend of Middle-Eastern and Western classical traditions. As a result, the room filled with a form of urban music at times rough and rambunctious, at others intimate and serene. Upping the volume to realistic level so that the virtual instruments' sizes approximated their sizes in real life, we hit from 87 to 90dB in the sweet spot. Though loud enough to our ears, the VU meters on both amps remained stoically unmoved to not deflect by even a millimeter. The Trio Leán's Pangea mix of African, Mediterranean and Latin guitar pieces augmented by bass and percussion couldn't persuade the VU meters to dance, either. The sound was clean, dynamic and powerful without any tube traits like added warmth or spectral coloration from harmonic distortion. 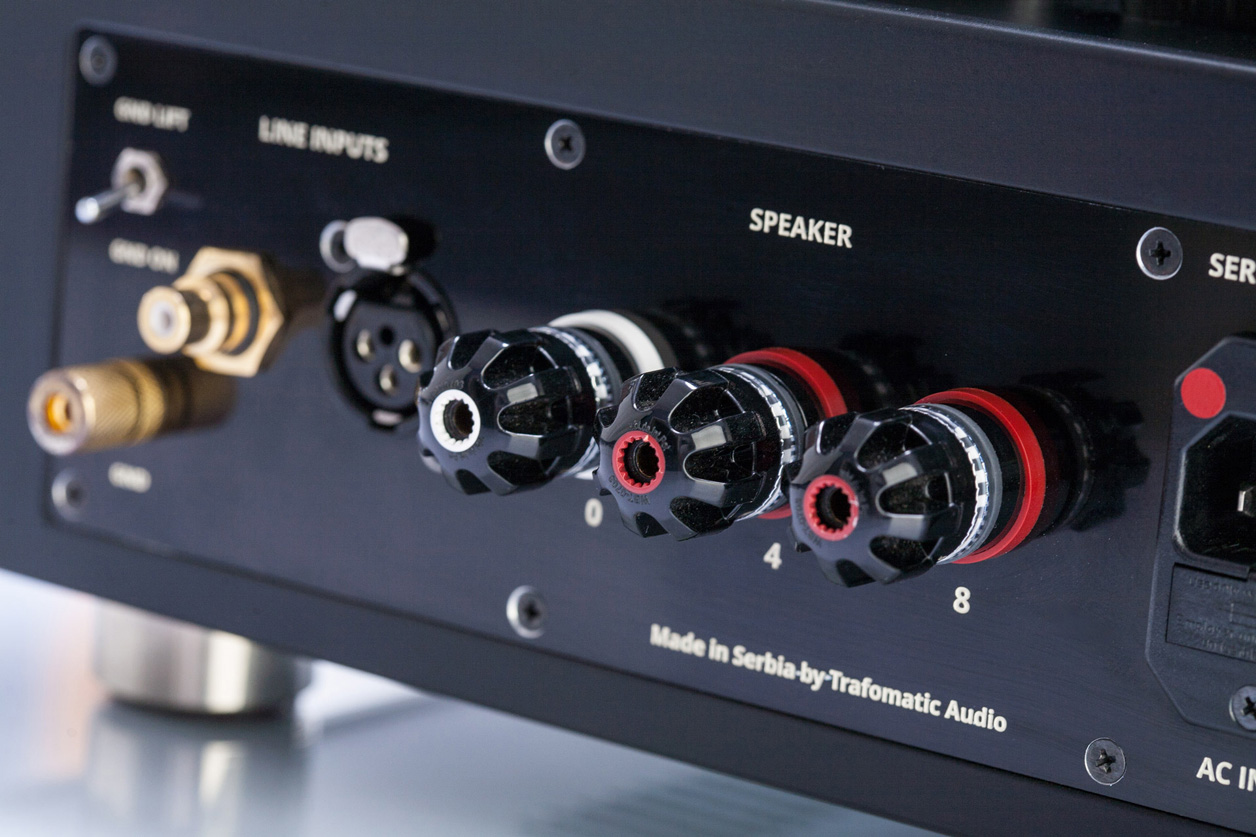 Trumpets can wreck havoc with any hifi when something is even a little off. Markus Stockhausen's In Deiner Nähe and Erik Vloeimans' Levanter present said challenge with plenty of dynamics and in small detail. Again we loved the sound and the ease whereby it flooded our room. After a few more albums, we meant to dig still deeper into the Pandora amps. By now night had fallen—thanks to the daylight savings switch, this came quite soon—and the four Russian bottles set up an electric campfire to brighten up the room. That same light was splattered by the protective cages which had to go. They easily came off their holding screws but these screws now exposed looked a bit awkward [see below]. Removing them leaves four holes but without the cage, the overall look was far better to our eyes. 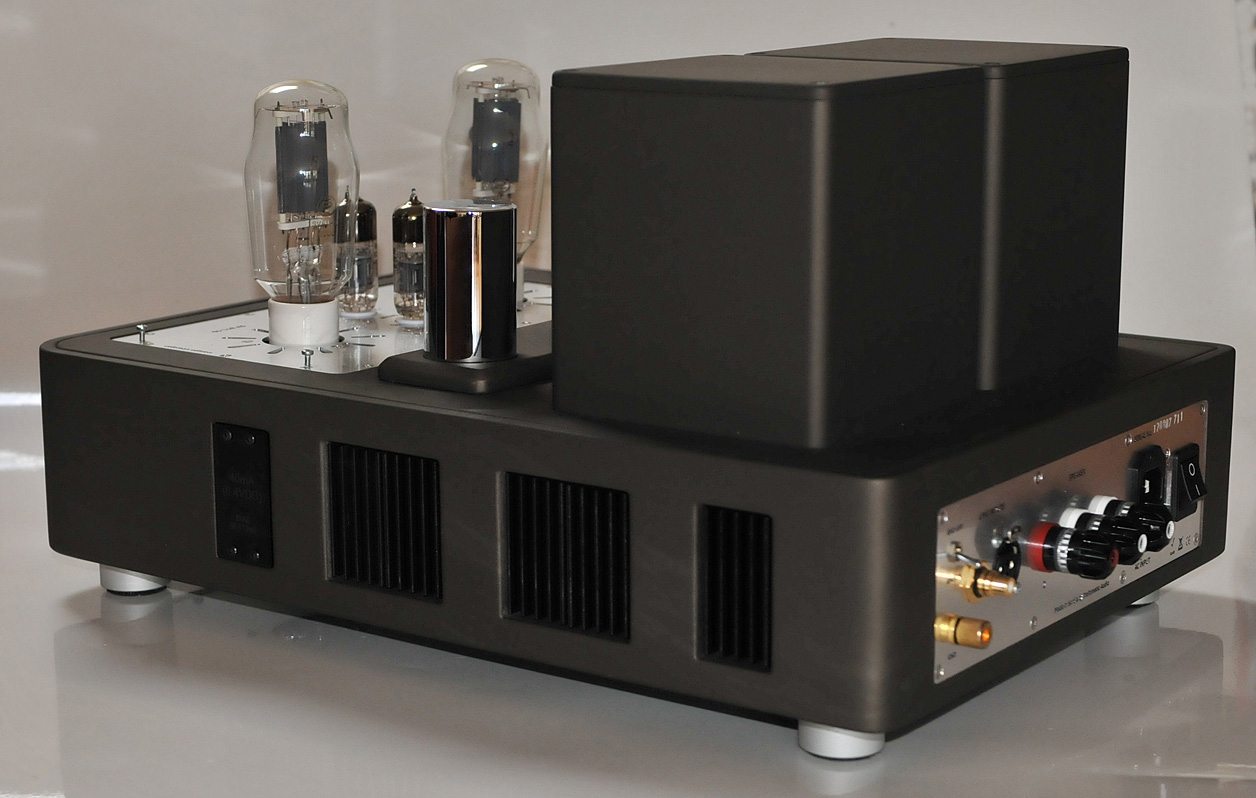 We wondered what if any influence the Lara preamp had on the Pandora. With our ultra-efficient horns, any preamplifier only attenuates never adds gain and acts as a mere input selector switch. That same task was easily assigned to our Music First passive magnetic preamp. For safety and longevity purposes, we switched off everything and let it cool down before we rearrange the setup. We played some of the same records and noticed as the main difference between Lara and now passive preamp a slightly less pronounced 50-60Hz response. That was the only sound-related effect.