It is this same industrial design and power tube which Saša exploits in today's review subject, the Pandora push/pull monos. Measuring a respectable 48cm deep, 34cm wide and 34cm high—add 2.5cm for the footers—they looked like they will weigh a ton. At the back of the top plate sit two large square boxes with the main power and output transformer. Three chromed cylinders contain three Mundorf M-Lytic high-voltage capacitors. 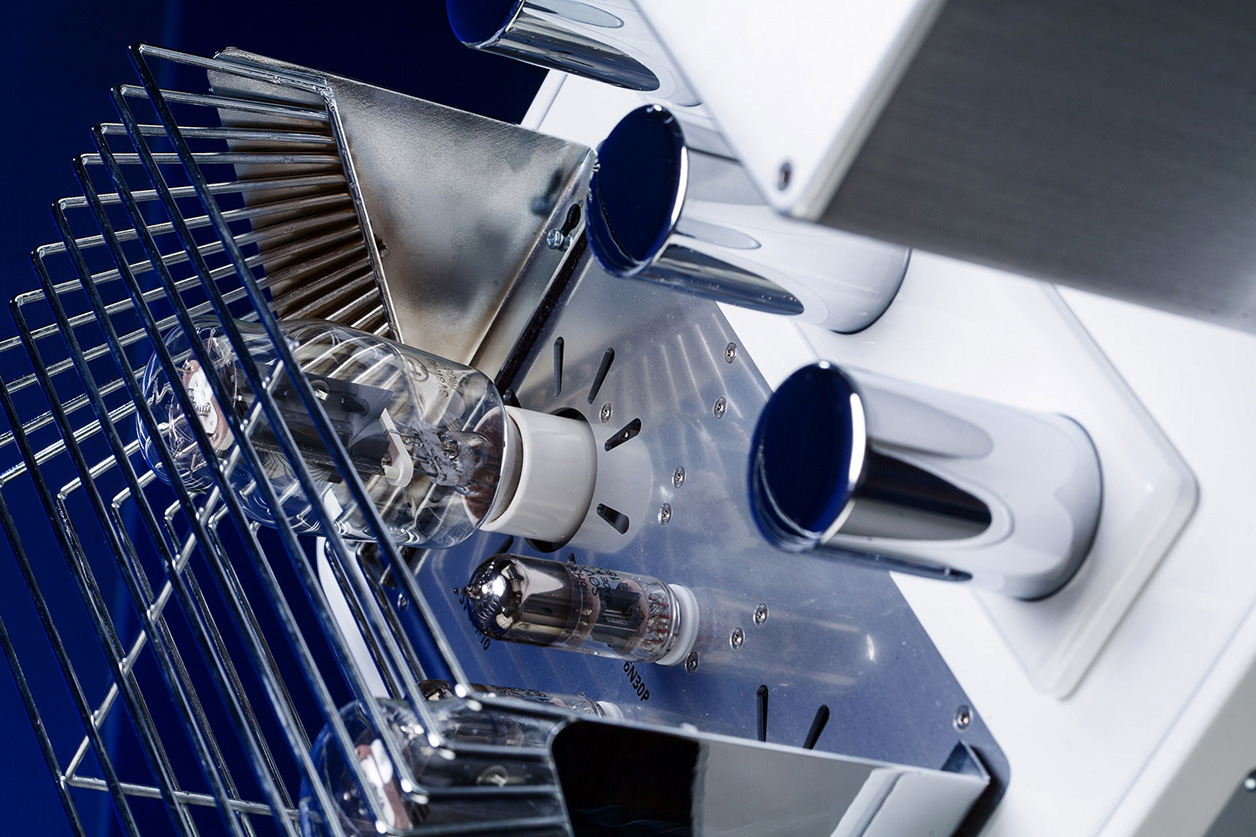 Between the direct-heated SV811-10 triodes sits a pair of 6N30P twin-triodes drivers. According to the designer, these are the most linear triodes ever produced. Electrically, the driver and power tubes couple via interstage transformer to avoid signal-path capacitors. While Saša said that he conceptualized the Pandora around standard balanced circuitry, he couldn't resist a little twist. That sits in the bias circuit. He did not say too much about it but it has something to do with the class A1 bias on the SV811-10. Class A1 means that the tube grid may vary just a little. Not many designer dare to work in this area as non-linearity hence distortion is a major factor here to spoil the fun. 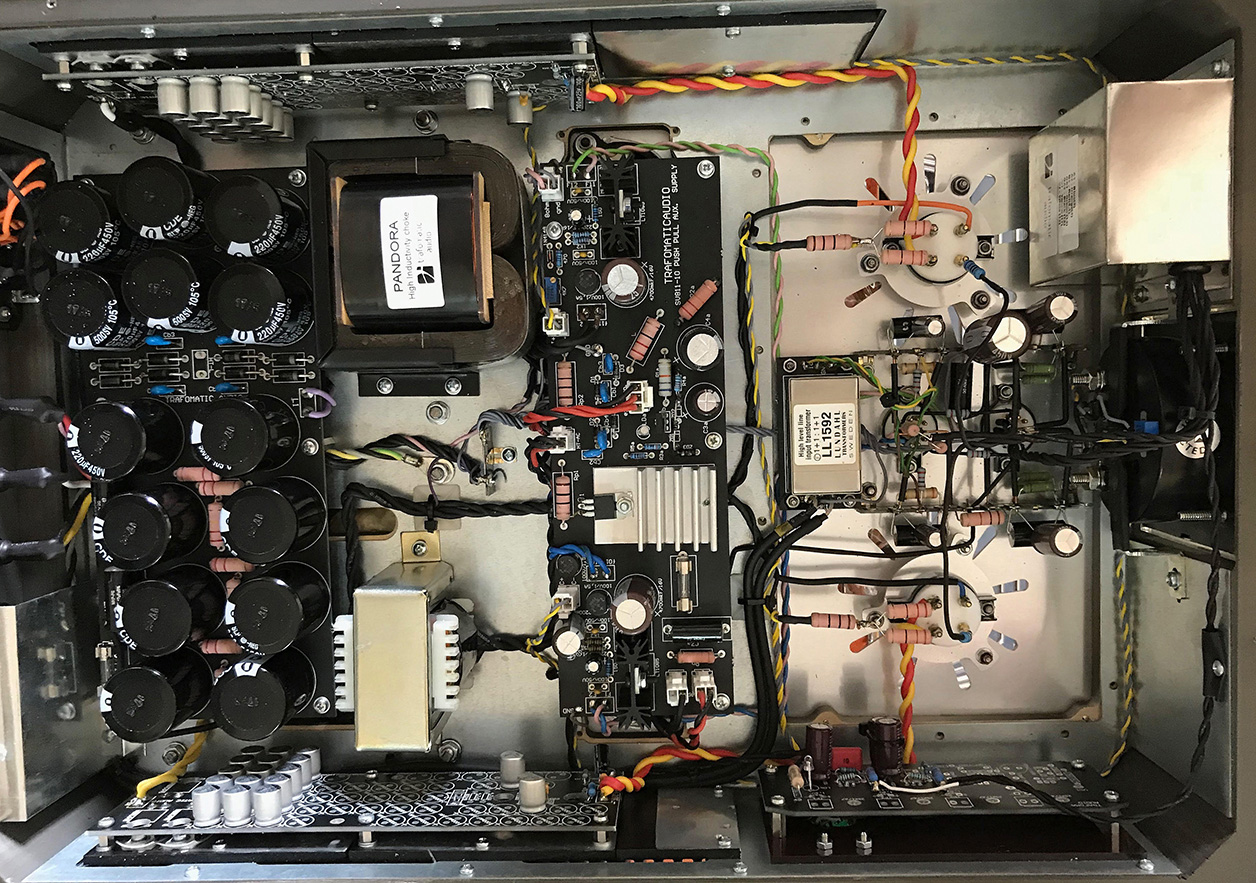 The Pandora circuit sends just 3dB of local feedback through its double C-core output transformer. The massive 500VA double C-core mains transformer too is proprietary Trafomatic  issue. Perhaps a little unexpected but for good sonic reason, a high-class Lundahl LL1592 transformer handles input regulation and phase splitting. The most critical part is the interstage transformer inside the chassis, tucked into a metal casing next to the VU meter. This transformer's multiple sections and no less than 26 windings (!) take the place of a coupling capacitor. This being a Class A1 design, a capacitor couldn't be used due to the SV811-10 grid's DC current draw. In other Trafomatic designs like our Kaivalya monos, there is a tiny bit of negative feedback to reduce harmonic distortion. But as a push/pull design, Pandora cancels 2nd  order harmonics already in the output transformer.

Benelux distributor Marco delivered the Pandora pair together with the Trafomatic Lara preamplifier. This meant three large and sturdy chip-board crates had to be carried from the car to our house. There we unpacked the amplifiers to then carry them to our upstairs listening room. Our loaners sported topaz brown coats, a color popular with Porsche Panamera car owners. Here that was painted over a primer coat of DuPont rubber. Trafomatic brands this option part of their Coleman Edition named after a customer with special wishes for a finish which looked so good that regular production models are now available in it as well. A side effect of the rubber coating is that it damps out micro vibrations; and feels great to the touch. 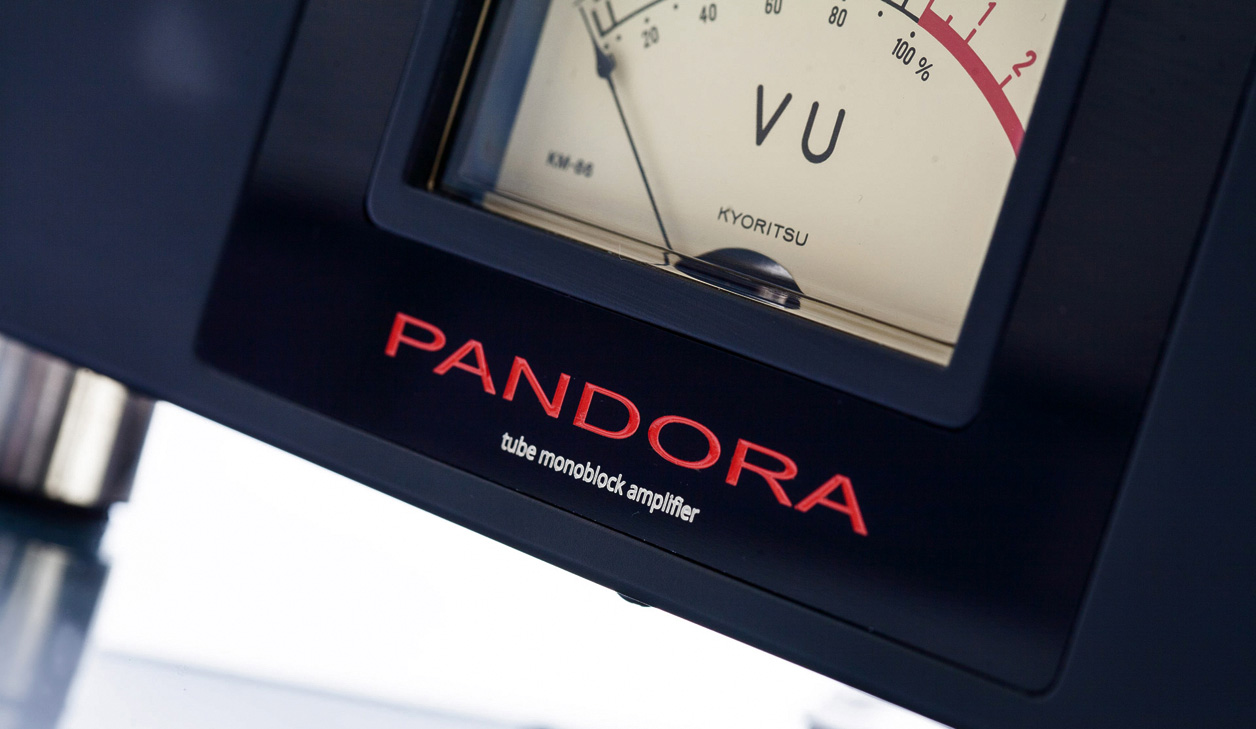 Handling the Pandora amplifiers was easier than expected. Though still heavy, they weren't as prohibitive as they looked due to their resin-impregnated Ply construction being lighter than aluminium equivalents yet still as strong and inert. The large back-lit Kyoritsu KM-86 VU meter is hard to miss. These vintage meters have a slow response which helps display an average output volume unit – hence the VU name. The needle's position in relation to the scale indicates the loudness level. We wondered if we'd see any movement during our sessions. 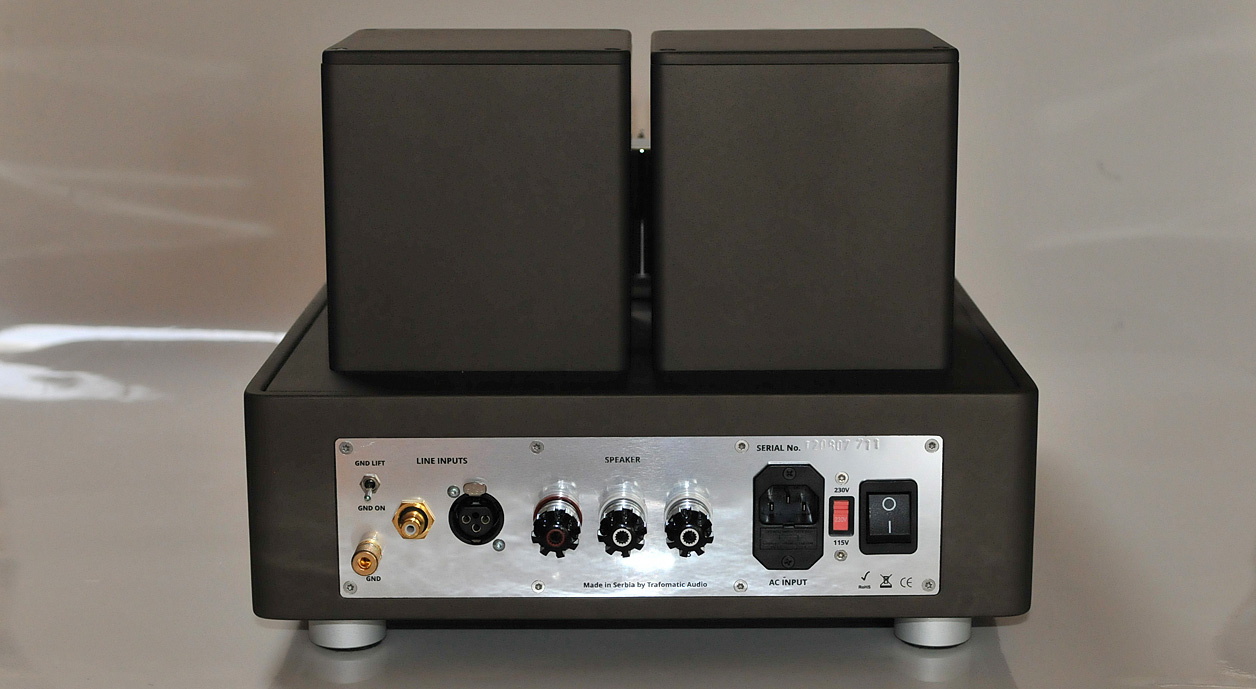 Over at the back there was enough room for choices. Two kind of line inputs select between true balanced XLR and unbalanced RCA. As a fully balanced design, that choice would be easy. A ground lift switch and separate ground terminal sit to the far right. WBT binding posts offer connections for 4Ω and 8Ω loads. Unexpected was the indicator ring of the 'neutral' post being red and the other two white – but only on this particular review sample. Next to the IEC power inlet sat ta 230V/115V selector followed by the mains switch.