That meant Soundaware's D300Ref SD transport sending I²S-over-HDMI digital to a Denafrips Terminator. That discrete R2R DAC feeds an icOn 4Pro SE autoformer passive with custom hi/low-pass outputs. The high-passed signal amplifies in Liszt LinnenberG 200-watt monos. Those drive sound|kaos Vox 3awf. The low-passed signal sees a Dynaudio 2 x 9.5" subwoofer. The analog filter is a classic 4th-order Linkwitz-Riley set to 40Hz. The mains begin their shallow descent at 100Hz to be -6dB/40Hz, then accelerate to be -24dB/20Hz. The sub does the exact inverse. The icOn also has standard unfiltered RCA/XLR outputs. I'd start filtered. It's what I'm used to here. Now Vanderveen's passive pot sat wide open to let the autoformer passive control it and the sub by remote. 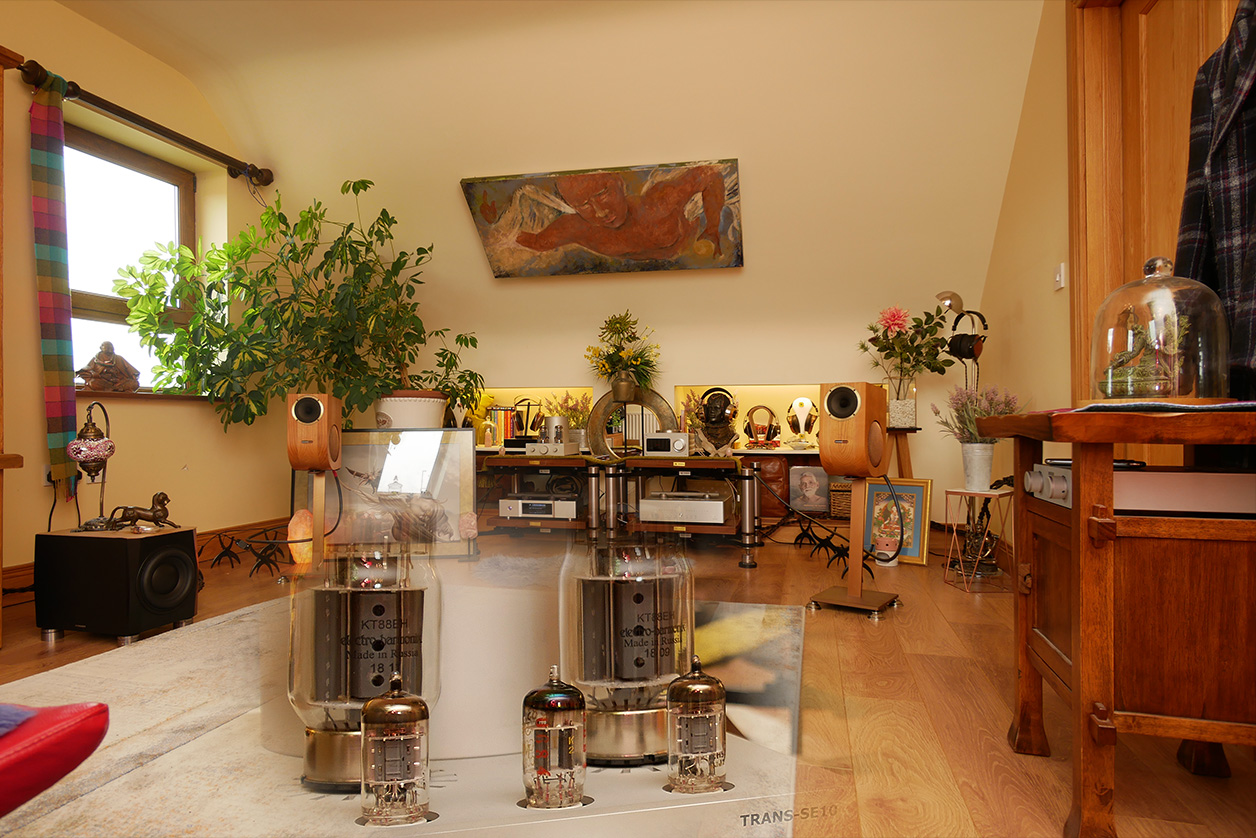 The sub's 'odd' forward placement compensates for its 2.5ms DSP latency in physical distance which works out to being .86m closer to the seat for time alignment. The room is ~4x6m.

What the Dutch integrated replaced was an €8'500 pair of amps. Without 2.1 filtering, the £2'800 icOn preamp would come off the invoice, too. Just the Vanderveen in this system would present an about €10K savings. You'd hope that beyond bragging rights, the extra stuff from before would justify in extra sound quality. But could it, really?

Let's revisit basics. Offloading LF to a quality sub removes the chore of low bass from our main amp. That's if the subwoofer doesn't just tack on but integrates via active high pass. Now not just the amp breathes easier. So do the speakers. It lowers the work load. Now the amp can be smaller/cheaper as can the speakers. It's a triple gain on size, price and performance. So why not accuse our 200-watt monos of overkill? Busted. If you're in this game long enough, you'll end up with spares overspec'd for certain applications. Just so, this was an idealized scenario for any low-powered amp. It's an important qualifier. Replacing our downstairs 250-watt monos driving 89dB 8" 2-way floorstanders with TQWT loading in a bigger room would tax the Trans-SE10 a lot more. The trick was picking the right job. Now we appreciate that our 25wpc Bakoon can likewise replace the Liszts without issue. That's less a compliment for the small amps and all about excess for the big ones. 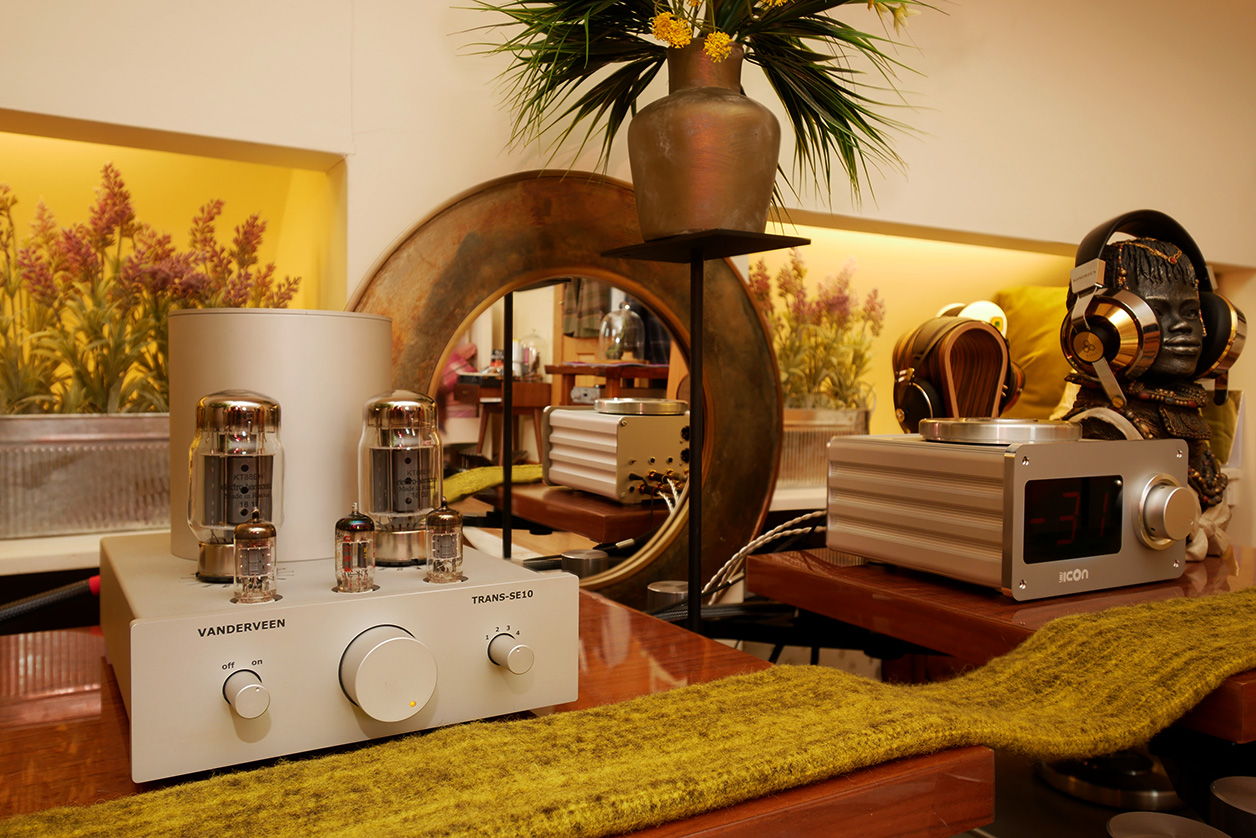 Volume bypassed, control now by remote over the autoformer passive which sat at -31dB below unity gain of the 4Vrms DAC.

For the Vanderveen, the quick and easy assessment was no drop in performance, just a sideways shift in flavor. If you say impossible, you haven't a realistic notion about how much power one consumes with 93dB speakers at 3 meters in a normal not huge room. Then eliminate low bass from the equation. The Trans-SE10 was cruising not bruising. That showed and sounded. Asking how, on the other side of this fence sat lateral Exicon Mosfets in a 1MHz direct-coupled circuit. So the 'before' pure solid-state sound expressed wide bandwidth and speed without the subtle fuzz or enhanced textures coupling capacitors can inject. As a high-power quasi Bakoon, resolution is nearly but not quite on the AMP-23's level. Like a mild summer's day in New Mexico's high desert, the LinnenberG sound has pleasant dryness with mellow warmth. That's not India's sweaty monsoon humidity; nor the scorch under which British holiday makers boiled to a lobster red on our beach in Cyprus. The mildly warm dryness of our transistors isn't at all desiccated or clipped. It's just without the added wetness many people pursue with tubes to varying degrees. For that they just wouldn't go after these Trans tubes. That's because the slight flavor shift of their 'after' sound wasn't really about that.