The complete M12 Switch Magic set also includes two extra boxes with 2.0m long RJ45 network cables designed to work with the main product. Each green leash terminates in Telegärtner's 4-pin M12-D connector on one end and the fabulous MFP8 IE Gold plug on the other. The very same RJ45 plug is found on fidata's HFLC cable and NASA used the previous version at the International Space Station as undoubtedly something Telegärtner are proud of. 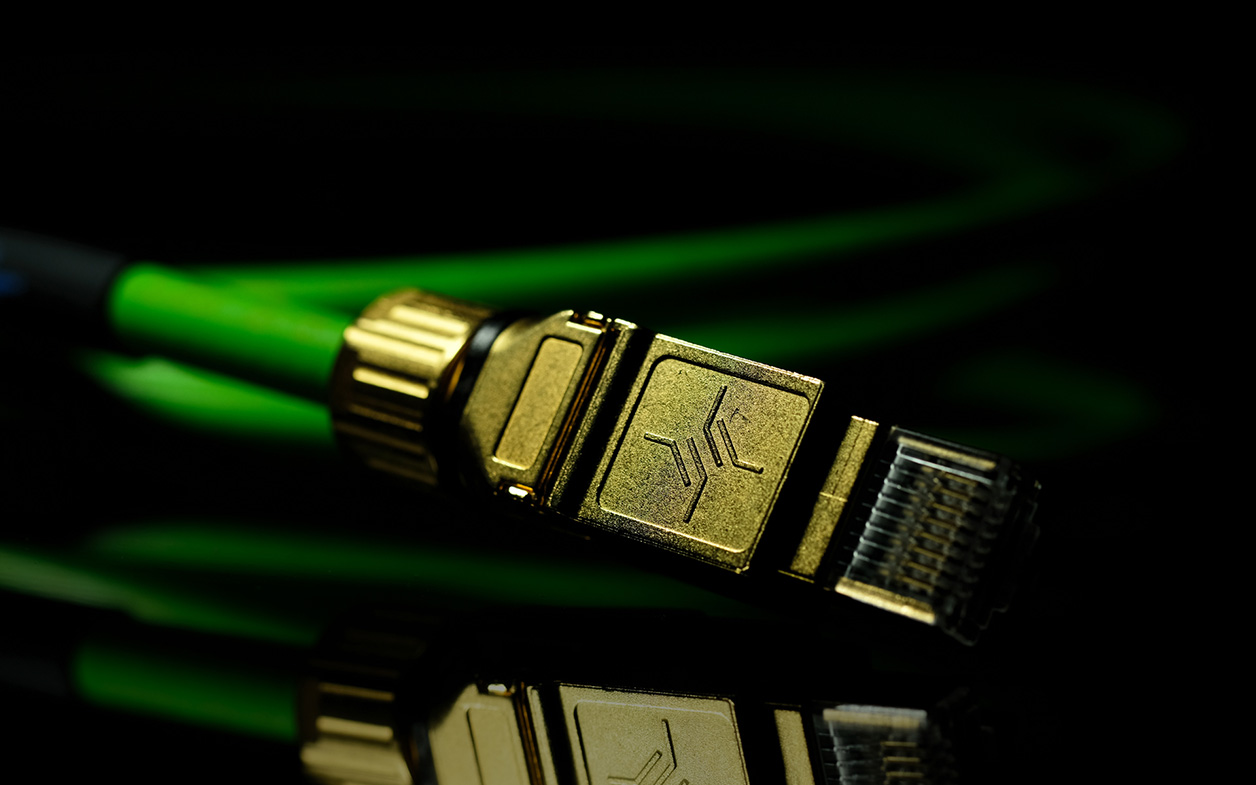 All cables were nicely assembled but not hifi jewelry. Truth told, their nice foam and silk packaging was quite the surprise considering Telegärtner's no-nonsense profile. The network switch itself weighs 280g and measures 188x40x42mm LxWxH, hence is petite yet pleasantly substantial. Its one-piece enclosure of very robust plastic is likely filled with resin to pot the internal structure and decrease vibrations. This guess is based on the solid feel and nicely polished sealed underbelly conveying valid reason to think that the M12 Switch Magic was built to last a lifetime and most likely won't be repaired but replaced in the unlikely event of failure.

The product's top is occupied by one M12-A power socket and four M12-D network i/o. Once the device is powered up, LED neighbouring them go green on those with detected live connections. I haven't the faintest what the white rectangles do. [I think they could be holders for name tags – Ed.] The switch's enclosure has one opening per side to fix it to a flat surface and a ground post on one end. It goes without saying that the M12 Switch Magic won't accept regular RJ45 cables due to its proprietary sockets. All are threaded as are the matching cable plugs to make secure connections. The manufacturer provides thick caps for all ports, hence those not on duty were capped off.