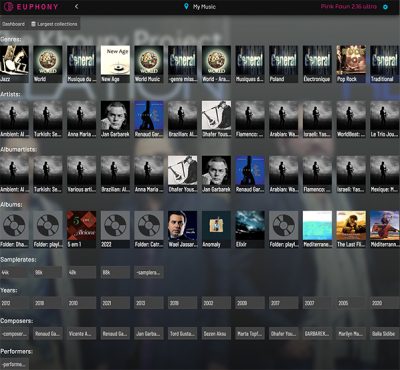 Intermission. Bring on the Vegemite? "It's rich in B vitamins including B1, B2, B3 and folate to help kickstart your day."

Invoking vitamins isn't that far out. One can fry up perfectly tasty food with processed ingredients full of salt, sugar and fat. The sad success of fast-food franchises around the world attests to it. Compared to a raw fruit or mixed green salad, our body simply feels different afterwards. That's independent of processed foods ticking off caloric and recommended food-group percentages.

Fried foods and red meat take us more energy to break down. At worst digesting them makes us feel sleepy whilst released toxins store in our bodies for long-term ill effects. Processed foods also don't contain the vital forces of quickly absorbed living enzymes and vitamins. It's their virtually instant boost of vitality which informs the difference after a meal. It's to do with lightness, energy and that uncanny sense of feeling energized.

"Gevalt" thinks the measurement brigade. They wear an aversion to feelings and changes of gestalt in audio commentary like a shiny badge of honor. But today that's indeed where we're headed. So wear that audio cop badge at your own risk; or better yet, log out. Things are coming that will upset you.

[Euphony dashboard at right. That panel breaks down your library into albums, artists, genres, year of release, composers, performers and more. It's a virtual quick finder at a glance.]

Mouse over for loupe function.

Rodeo riders who buck off in eight seconds to switch sources will say that these rides sounded the same. And they wouldn't be wrong. Purely on sounds they were. No trees were cut, no leaves moved. But forgot about rodeo haste. Get off that high horse. Listen through a melodic arc beginning to end; better yet a full track. Then switch. Voilà, the difference. Over the residents the tunes felt somewhat pinched, over the visitor more gushing. From a slightly shifted perspective, another listener might use the words clipped and fluid. Yet another might pick starker versus more organic. They'd all be right. These are facets of one and the same observation. Breaking it down, I arrived  at two likely contributors. One was most basic, the other more mysterious. The basic one was a probably even lower noise floor. That can't fail but expand microdynamic distinctiveness. It did so enough to register as more emotive urgency, more expressive energy. The mysterious aspect tied to music's progression through time. Obviously nothing changed metronomically. Regardless of source, each track took exactly the same time to finish. One didn't rush where the other lingered. Clearly this difference wasn't about quantitative but qualitative time. If music had a gait to visualize its movement through time, the motion of the Dutch was more elegant. While the microdynamic aspect should be easily measurable, I don't know what measurements would capture this particular elegance which on me registered as greater fluidity, easefulness or gush. 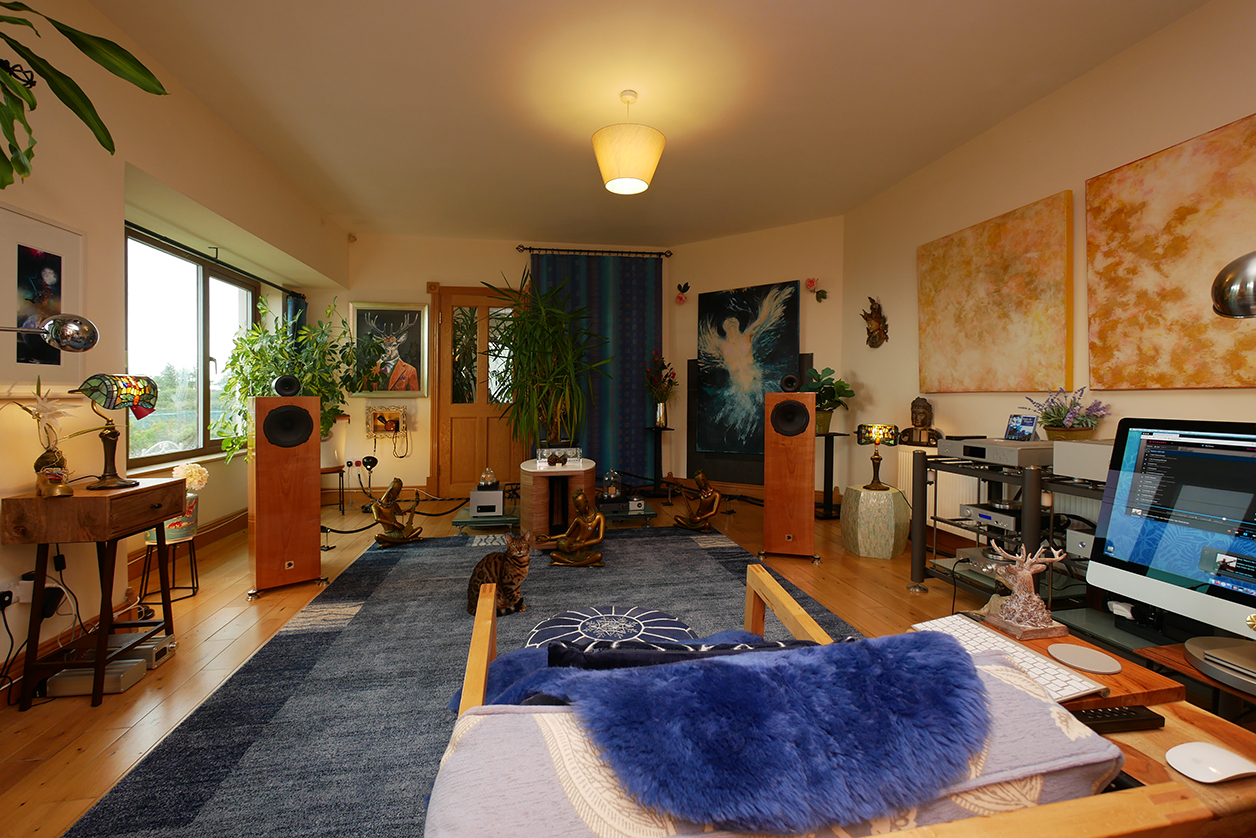 If you listen to just sounds or even for soundstage shifts, you'll miss this difference. That's not where it lives. It's not about frequency response, tonal balance or color saturation either. It's about dynamic contrast in the micro-signal domain; and music's horizontal dimension whereby it moves from beat to beat and tone to tone. The points this touches don't alter. Neither does the time to reach any of them. What's dissimilar is how the motion progresses. If you're not used to paying attention here or perhaps don't know how, you'll remain blissfully oblivious. I say blissful because you get to save serious shekels. Stick to our Mac/Soundaware solution. It'll get you to the same place for oodles less. Yet should you be sensitive to this level/layer/gestalt of playback, you won't be surprised to learn that Jord's systems and interests revolve around single-ended triodes, horns, vintage AlNiCo Altec-type drivers and other off-beat attractions. "I attended Munich HighEnd this year. I heard far too many often very expensive systems which probably measured perfectly but didn't move me in the least." It's trite to say. Being moved involves motion. Adding just an 'e' nets emotion. To many, that's what advanced playback is all about. It's impossible to quantify by current measurements but it can certainly be sampled subjectively. Whilst most thinking readers can probably accept this raw premise, they might still worry that one man's motion is another woman's arrest. We can't all be moved by the same thing, can we? In which case, what good is knowing that the 2.16 ultra moved me? How does that relate to you?

"Gevalt!" The measurement brigade; again. It's precisely because of this question—how to predictably correlate one wo/man's subjective response to that of another—that they accept only measurements as being globally relevant. A 148dB S/NR means the same in Dublin as it does in Dubai and Düsseldorf. As far as it goes, that's unassailably correct. It just stops short where measurements as yet cannot describe all we hear; and presupposes that all of us hear/respond the same in the first place. That flies in the face of individualized synæsthesia. It's about how all our senses constantly interact and inform each other. In extreme cases, someone sees colors whilst hearing sounds; or accesses memories with smells. For most it's more subtle. The point is, our hearing doesn't work in isolation from our other four (five?) senses. Which of them participate and by how much is personal. Training influences it as well. People with serious accidents must often relearn how to operate; and sometimes discover that their brain works differently afterwards. A chemist friend develops pharmaceutical drugs for cancer and Alzheimer's. He's very familiar with how blood chemistry affects his perception. When tuning his widebander and valves system, he strategically explored countless exotic direct-heated triodes and circuits to find the combination which altered his perception in just the desired way. For him music is exactly like a gentle mood-altering drug. Aural dopamine. It makes him happy. Should we expect that we'd react exactly or anywhere near the same to his system? 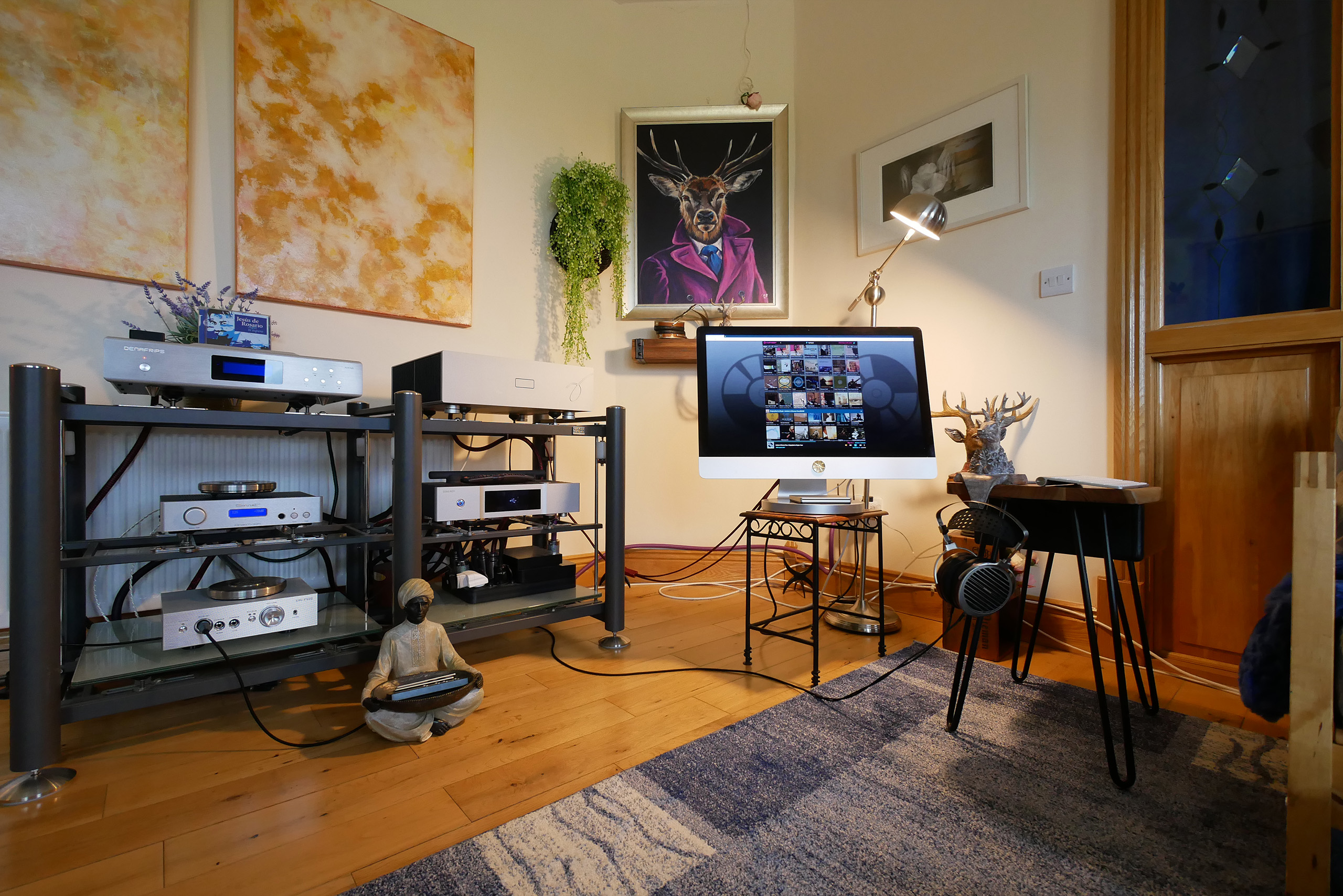 On how my response to the 2.16 ultra might relate to your own, I'll add that my current systems are 100% valve free; use passive-magnetic autoformer volume controls; high-bandwidth often DC-coupled class A/B amps; R2R DACs; and mostly multi-way speakers all centered on widebanders (a 4" AlNiCo paper cone, a 5" aluminium cone, a classic Supravox-style 8" paper cone, a 10" triple-whizzer and 10.3" single-whizzer high-efficiency paper cone). My current sonic ideal is Raal-Requisite's open-baffle true ribbon SR1a headphone. I've attempted to get my speaker systems to approach that headfi's amazing speed and lucidity. In that context, Jord's notion of musicality which stood him by during circuit tuning appears to coincide with my own. I simply can't know whether his system amplifies the 2.16 ultra's tuning more or differently than mine. I've developed an allergy to the phase-shifting energy-robbing braking effects of output iron. Likewise for what I perceive as the gelatinous thickening of valves. So I no longer use either. From that you should extrapolate that the Pink Faun's aroma or action was far more subtle. Otherwise I'd find it overdone and intrusive. I just didn't find it the emperor's new clothes either. And to contextualize it still further, it's the first time I've really lusted after upgrading my digital server. Now I even know exactly how I'd go about it; by not returning this loaner. Naturally my accountant has other ideas. But as far as that stone threw and flew, you just heard it find its aim.