With Dawid's primary comparator the Bakoon, I wouldn't use ours in the upstairs system. Why have Pass Labs pay for extra shipping only to get stale reruns? Instead I'd use Crayon's CFA-1.2 and Simon Audio's i5. Those are two integrateds of lower power which simply add a feature the INT-25 lacks – a variable pre-out for a subwoofer.  With the Pass you'll use the high-level connection which REL champion. Our speakers are Cees Ruijtenberg's Acelec Model One. They stand in for the ported 2-way monitor breed here executed with rubber-bonded full aluminium cabinets, Mundorf 'folded ribbon' tweeters, ScanSpeak mid/woofers and stacked 1st-order filters. Franck Tchang's omnipolar magnesium super tweeters top ours and LessLoss Firewall for Loudspeakers mechanical in-line filters precede them on the binding posts. For my second chapter… 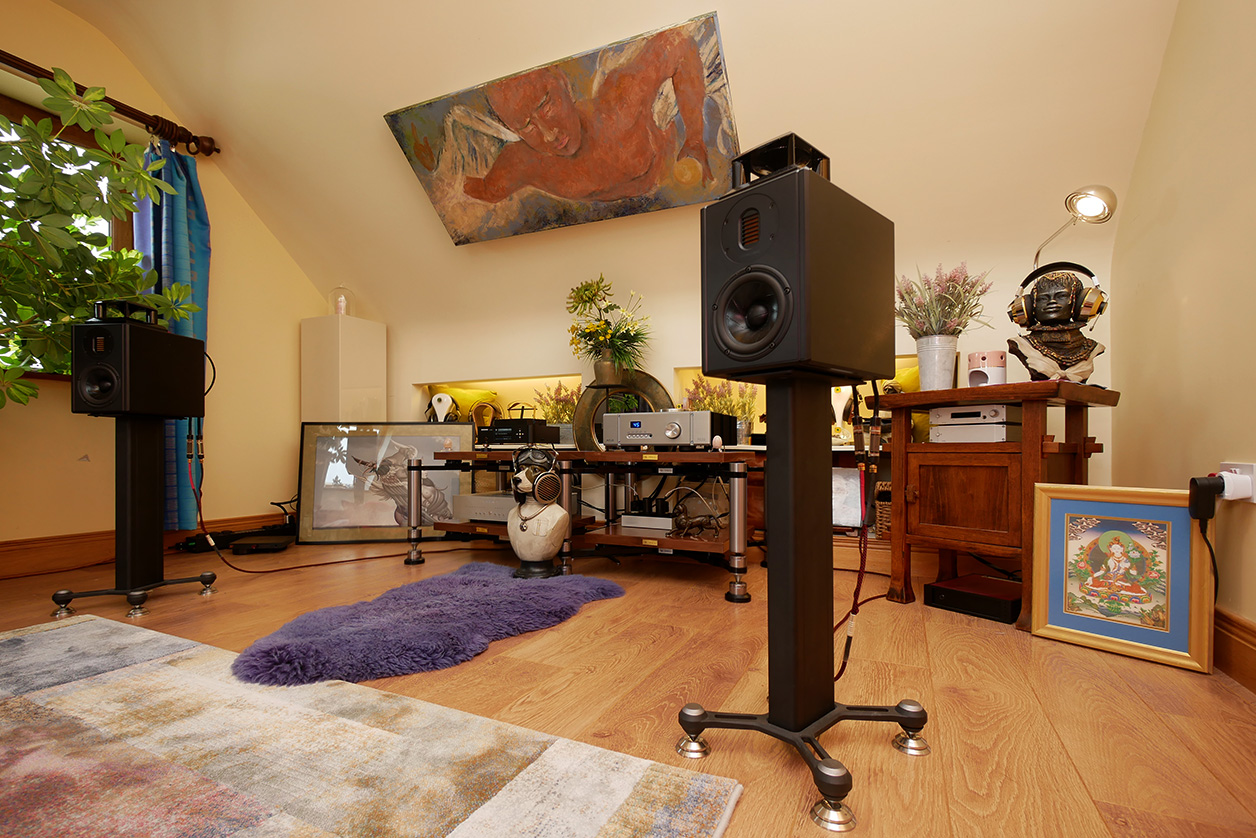 … the INT-25 would play the downstairs Aurai Audio M1 Classic, an 8" Accuton two-way with proprietary horn-loaded tweeter and TQWT rear port. Here our LinnenberG Liszt monos would be the combatants. 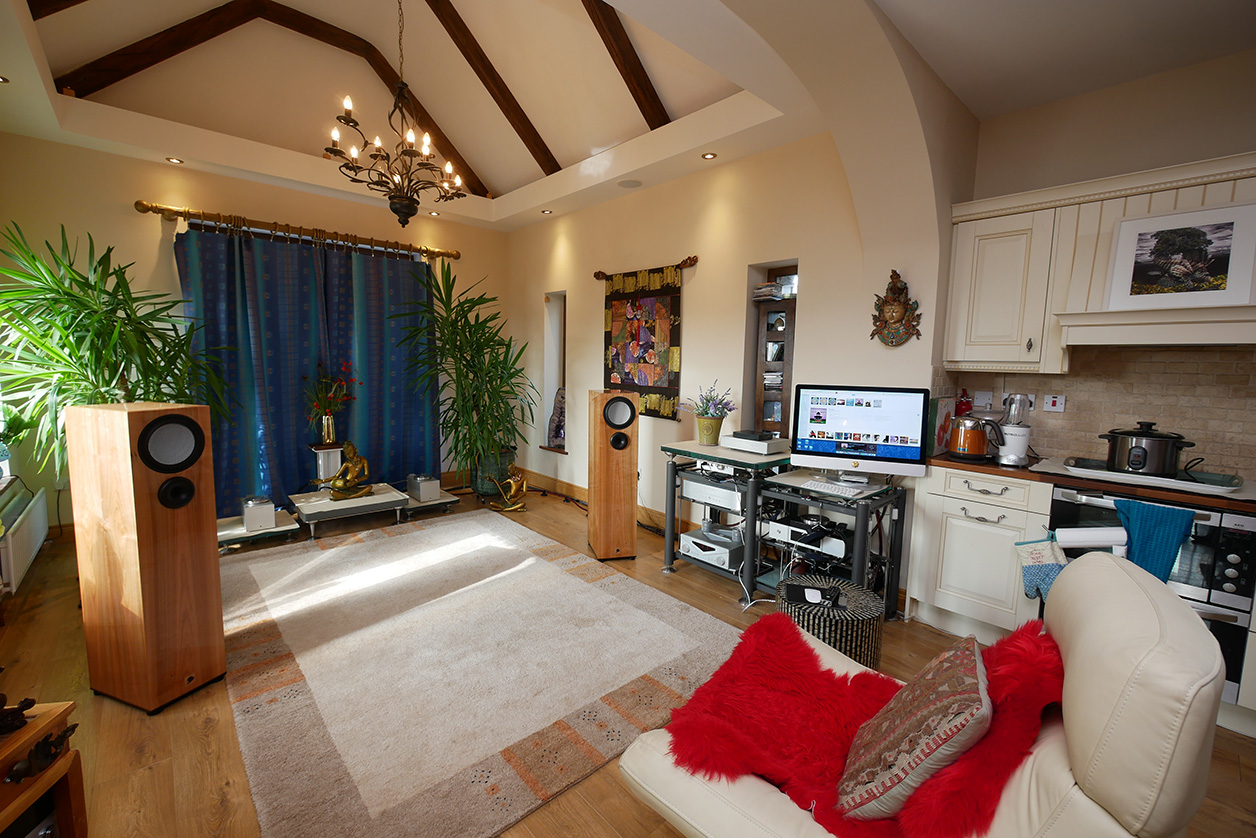 For my final triangulation, I had the combo of Wyred4Sound STP-SE II preamp and Pass Labs XA-30.8.

Not all amp(ere)s are created equal. It's a dull battle axe from the props department but happily wielded by valve amp fanciers in an imaginary battle for device supremacy. They replace amperes with watts to claim that tube watts sound louder; or that a lot fewer of them trump rather more of the transistorized kind. One glance at the next photo makes such beliefs tangible. By contrast puny, the Simon Audio i5 still puts 50wpc/8Ω on paper so twice what the Pass does. Like the INT-25, it contains only four power transistors so two per push/pull channel. Alas, neither are these 700-watt transistors nor do they bias in class A. Whilst the i5 needs half the display figures to play equally loud, only to an absolute newbie would this suggest being more powerful. Hello steeper volume taper. Welcome divergent voltage gain. Still, looking at these machines—one €2'500, one nearly thrice that—suggests that these watts couldn't possibly be the same; or to think in proper current, that their amperes aren't. Hell, on cubic volume, 5 x i5 = 1 x INT-25. 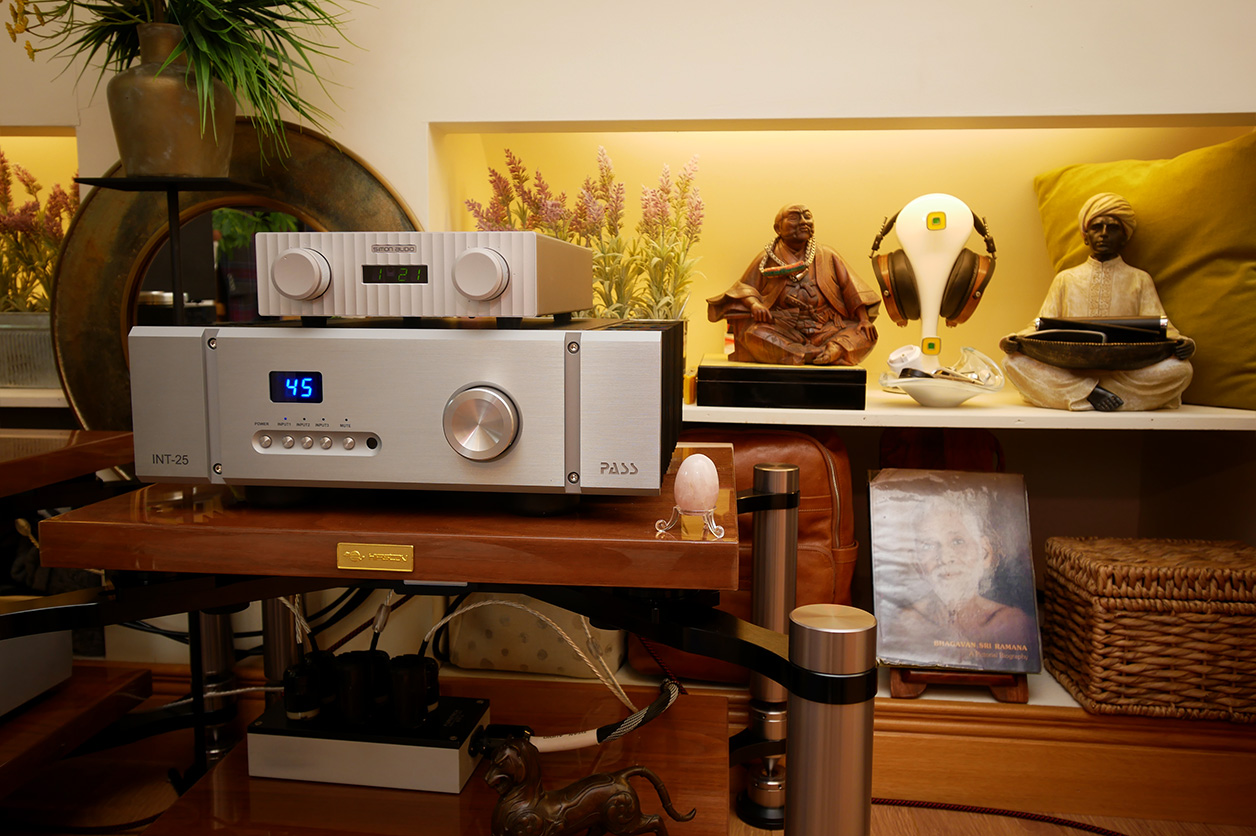 Simon Lee's sonic aesthetic is soft power. With it he pursues and manages surprisingly similar sonics to the INT-25 with far more modest ingredients. Big props are due his sharp ears, nifty circuit design and experienced parts curation. Yet Pass Labs' benefits of heavier hardware were clear within minutes of the audition. In one word, gravitas. When a Latin performer packed fistfuls of piano fury well below middle C for heavily syncopated power chords, the INT-25 added tangible weight which the i5 missed though it went just as low. Like amperes, not all bass is created equal. Just going low on frequency as good headphones will do isn't the same as parking realistic bass in a room with enthusiastic impact. To really see a concert grand's sound body as the producer of such notes—think of a big three-seater couch equipped with virtual woofers for the intended illusion—is a different matter. Before you ridicule our rear-ported 6½" ScanSpeak, this shift from what the Simon Audio suggested to what the Pass rendered persuasive translated all the same. 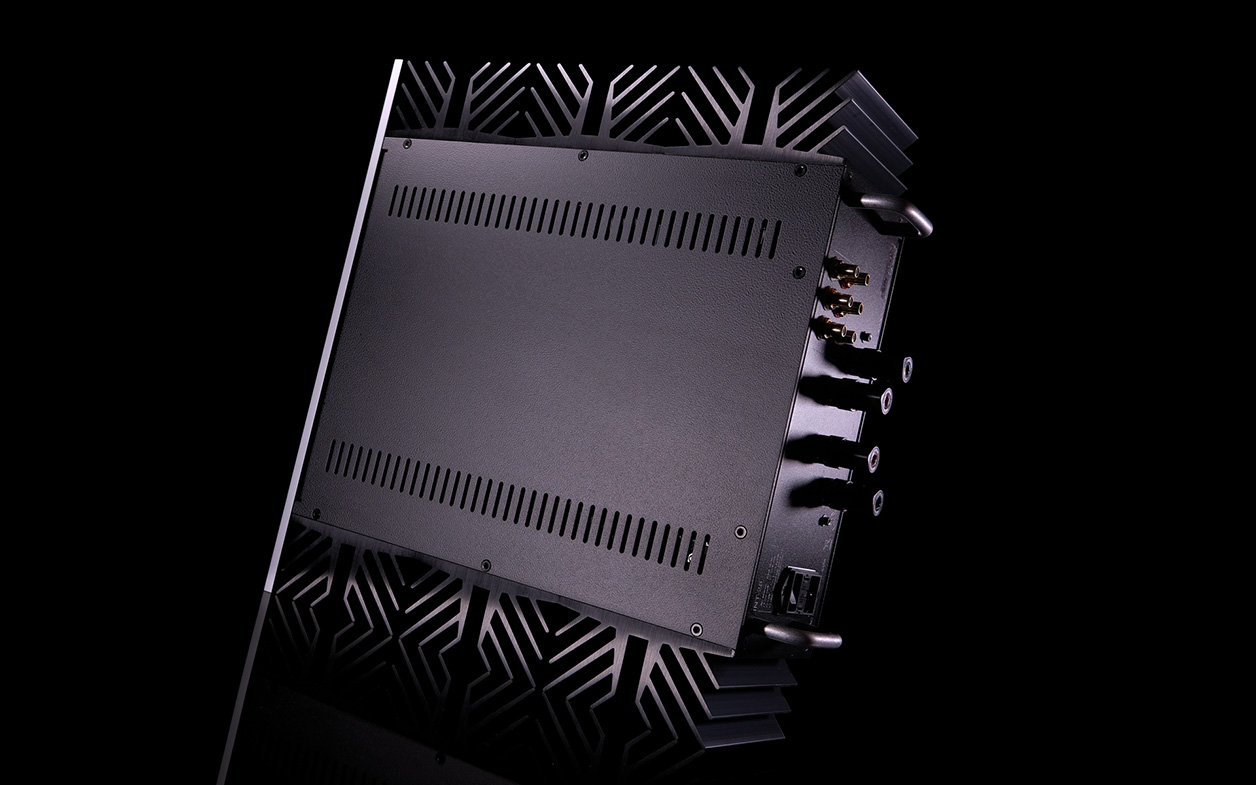 This superiority of a different sonic weight class also meant that on apartheid of particularly front/back image layering, the lighter i5 actually had an advantage. It separated out keener. The INT-25's higher image density threw more shadows. In full agreement again, both amps shunned any and all explicit treble pixilation for a rounder softer presentation without over exposure. On subjective resolution, our Bakoon trumps both. It also puts the entire system far more on edge. Things become quite critical and must be dialed just so. The i5 is friendlier so less fussy. The INT-25 happily followed suit. 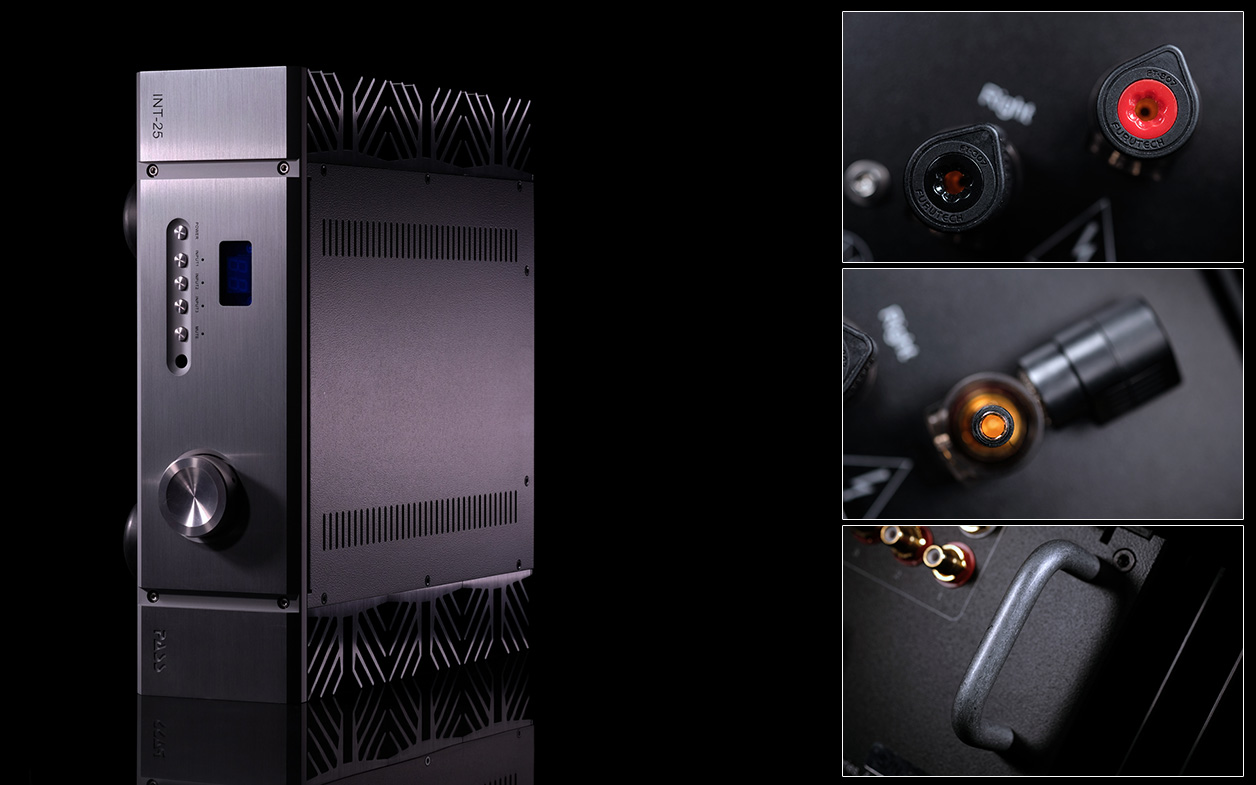 As Dawid found, its minor darkness/warmth didn't at all prevent grand spaciousness which relies on subtle decay trails to illuminate a recording venue. All things needed to depict those aspects were in full play and on display. The difference over our AMP-13R was the latter's lit-up-all-over character which presents the music more inside out. Pass and Simon approach it from the outside in. What does that mean? In a concert, you are here, the musicians over there. Your attention travels the distance. That mental movement goes outside in. Only the stage performers are actually inside the music bubble. For the audience, it's an unnatural perspective; unless one sat exceptionally close. 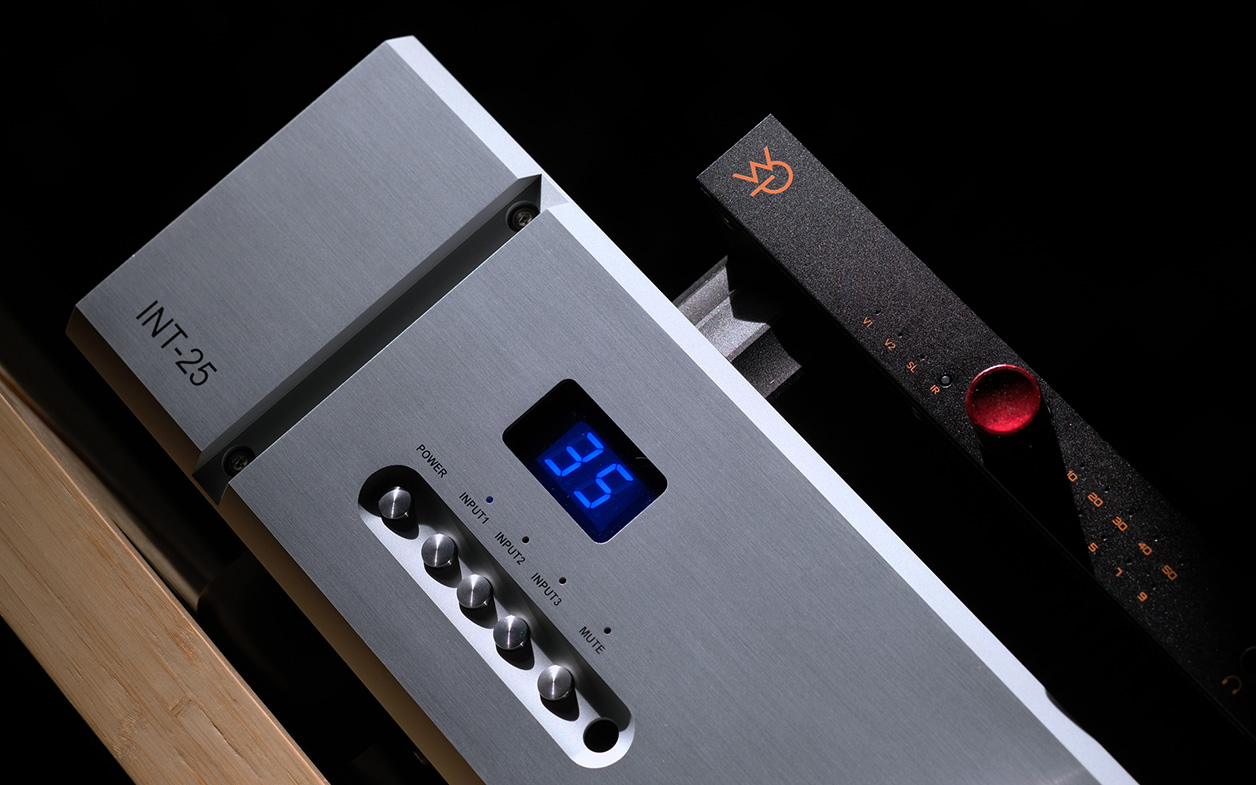 The Bakoon and to a lesser extent the Crayon are more front-row types. They create quasi holographic playback that's not the typical concert experience. If you want a closer approximation of the latter, the INT-25 serves you better; and its more voluptuous bass power is closer to real life. If we were fishing for why/how, it seems prudent to suspect current delivery. The INT-25's exceeds what its modest paper power rating might suggest. On that score, it acts like quite a big amp.