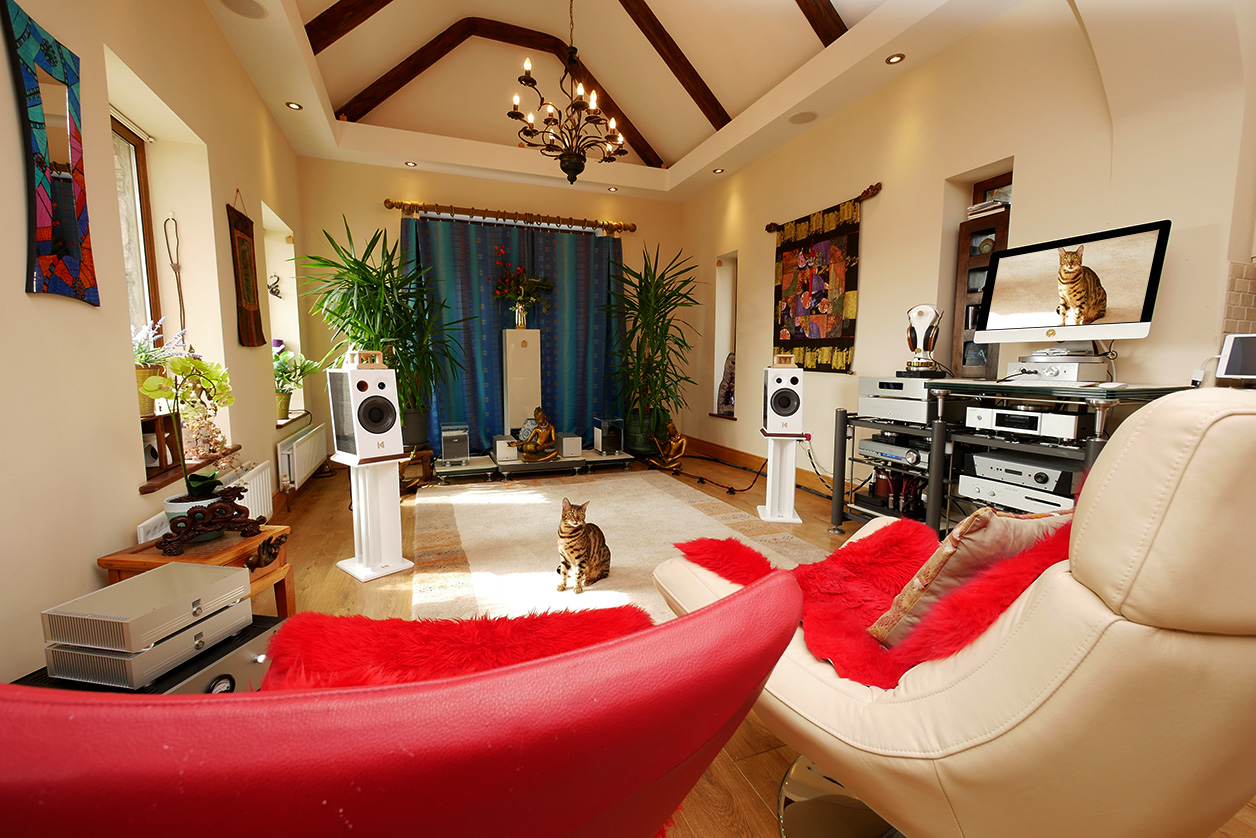 …Patrick Chartol's slinky-but-fat e-bass on "Oriental Bass" from his Mercan Dede-esque Istanbul album now recovered the lowest notes of the opening descent including the final warble with full power. The pops too had proper vigor. Having our 200-watt LinnenberG transistors for contrast, the 12 tube watts left nothing under the table on reach. Rather, they gave a bit more amplitude in trade for the last degree of sheer grip. To armchair warriors, that won't seem right. To trust-thy-ears pragmatists, it's simply welcome news. The minor moral of that exercise? Preamps matter. Your choice will determine whether the amp following behaves bigger or smaller. With the XP-12, the Cubes embraced their inner Napoleon in a bear hug. They built out down low even more. 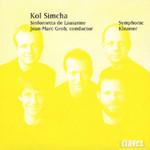 Spinning up "Golem" from Symphonic Klezmer headlining clarinetist Michael Heitzler from Kol Simcha and The World Quintet backed by the Sinfonietta de Lausanne, the little pentodes scaled up from the faint opening tremolo to the packed mayhem of the brasses and big drums when the Golem runs helter-skelter across the roof tops. Such dynamic willingness showed off how MySound had wedded their small tubes to a stiff power supply. At the volumes our room and ears support, I didn't max out or sag. This album—there's an eponymous one with David Orlovsky but on entirely different repertoire—also demonstrated a surprising absence of congestion when these symphonic forces rallied though here the transistors practiced stricter apartheid. To do so, they simply relinquished a bit of meatiness in trade. In my experience, that's the near inevitable trade-off. The more transparent things get for that see-through-it-all effect, the more they must shed mass and density. Those attributes stand in the way of looking past the front lines into the thicket behind them. At least that's how my rational mind visualizes this give 'n' take. It's why, to me, hyper resolution always pulls in the opposite direction of fleshier tone bodies. Each listener decides for him/herself where on this axis they want to sit. With the Cubes, it's a lovely balance between flesh and speed that's 'somewhere in the middle'. 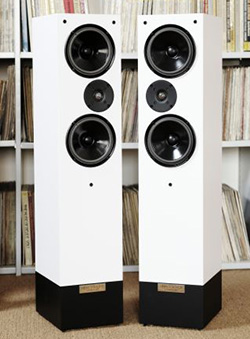 On the opening track of Indialucia's second album Acatao, Polish flamenco guitarist Miguel Czachowski, with a wink at his MySound colleagues in Szamotuly, again has Spanish and Indian ensembles of top virtuosos intersect in a most spirited intense encounter. Here the cubed monos managed to keep his rapid arpeggios lit up with hard-nailed blister, singer Blas Córdoba's incendiary vocals intact with vital hoarseness. Without those edgy 'unhinged' elements, the musical frisson dilutes. Like a wild aroma fading on the wind, something dies. Warmer thicker amplifiers tend to be guilty of that. It might suit other types of material but not this.

For lovers of rhythmically intricate peppery tunes then, these EL84 piped through their amorphous-core output transformers won't present a hurdle. Which segues neatly into electronica. Whilst I don't do nearly as much of those as John Darko, the kind I do spin up came off well to suggest that very much unlike a pipe 'n' slippers voicing, these Polish amps have the right stuff to do hard-edged Modern right.

For a final speaker shuffle, we finish up with the new 25th anniversary smallest Living Voice called R25A. By request, this came in the matching flat white paint. It's a deliberately tubular speaker in that its cabinet isn't the ubiquitous MDF but 18mm constant-density chip board which suspends irregularly shaped soft-wood particles in resin. "By comparison, solid MDF cabinets sounded dull and overdamped" explains designer Kevin Scott. It's a tubular speaker for using old-tech but new-material foam not rubber surrounds; in paralleling its 6¼" doped-paper mid/woofers to achieve 94dB sensitivity whilst remaining a pure two-way. Yet across their bandwidth, these drivers combine the cone surface of an 8.8" unit divvied up across two motors for reduced excursions and concomitant distortion plus more material substance and dynamic headroom. These ~30-litre enclosures with LV-exclusive ScanSpeak drivers based on discontinued now retooled Viva models are allied to rear-firing ports tuned to 42Hz. With Living Voice's retail/distributor shoppe Definitive Audio selling 300B SET and push/pull amps from the likes of Art Audio, Kondo and SJS, this speaker was designed to go with them like peanut butter and jelly.

Mayte Martín's Tempo Rubato album is an absolutely glorious genre crossing. With it, one of our most gifted Flamenco singers embeds herself in formal string quartet and guitar, then covers a repertoire of cancíons whose compositions but certainly not delivery recall Mercedes Sosa here and there. Her vocal expressiveness is unexpectedly dynamic if your system will track these swings to their fullest whilst the classicist timbres of the Quartet Quitxote put extra demands on a hifi 's scope of tone colours. What on the surface doesn't appear that challenging in fact very much is if you know what's possible from this material – perfect to kick off the R25A sessions.

Here is that setup whilst the just-arrived boxes ran a few rounds to settle in. What quickly emerged thereafter were these Martín cancíons presented with most midrange-unforward depth and bowed string tone which clearly triggered oscillating tone-wood bodies. That captured not just metallic rises but organic follow-up. Just as the EL84 versus the Mosfets had been a bit freer on the ring-outs—technically not as damped—so the LV cabinets contributed more of the same over the synthetic Krion stone of the chemically welded Spanish boxes. It was a similar if less pronounced effect to the actual tone wood of Swiss soundkaos speakers. Inherent in the mating of R25A + Cubes was a temporal mellowness. Metronomic beat keeping felt more relaxed and elastic. Given the album's title, that was most à propos. Given the clean dozen watts in the driver's seat, it was another winning hardware combo to demonstrate that MySound's Cubes needn't feast on just widebanders or horns. 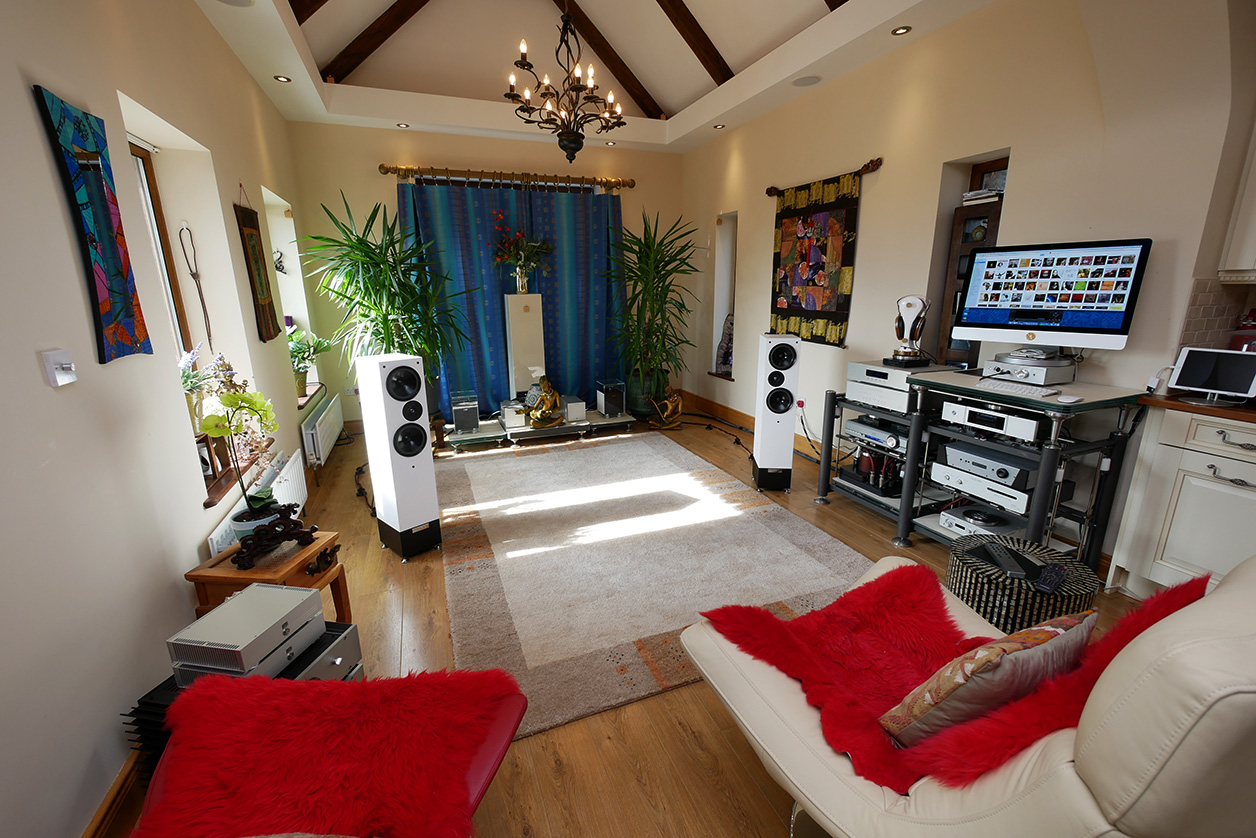 Conclusion. If we pointed silver bullets, we'd get

Just as their online specs and descriptions suggested, MySound's stylish Cube monos proved out. They really are the kind of valve amps which listeners who previously explored and owned them only to, at that hardware juncture, turn to transistors would embrace again. Rather than settle on the opposite side of the river where things are softer and mellower as though the sun sat lower in the sky, they neatly split the difference. Rather than overlap with transistors—in which case, why bother?—they inject a fine dose of 'rubato' without any wading-through-water effect when the tunes convolute. They  impart on tone textures a fine inside-out illumination or 'wetness' which plays counterpoint to most transistors. They're willing dynamic scalers quite past what preconceptions would accord their raw power specs. In short, they're premium ambassadors for the benefits of simple circuitry executed with top parts. I'd categorically prefer them to direct-heated triode amplifier specimens for being of lower noise, broader bandwidth, higher speed, lower heat and far lower retube costs. And not to forget, these Poles look stylishly elegant and can be had in a few finishes plus with optional attenuators. They clearly deserve broader exposure to which this review will hopefully contribute. In which case, mission accomplished.