Today's Cube starts at €7'490/pr. If it ran 300B to make just half the power, nobody would bat an eye lash. With EL84, perceptions react differently. My review will ask whether that's just a knee-jerk reaction which ought to be tamed although my Kaivalya adventure already previewed that territory. To recube the tube with new output glass from Watford Valves could be done for as little as £9.25/ea. with JJ or £55/per with NOS General Electric glass when I wrote this. A rare EL84/CV2975 Mullard from Langrex fetched £75 just then. That's a very different proposition to exotic NOS even current direct-heated power triodes.

Because the EL84 aka 6BQ5 aka N709 aka 6P15 remains beloved by guitar wranglers, reliable current supply from names like ElectroHarmonix, Genalex Gold Lion, Psvane, Shuguang, Sovtek and Tungsol is guaranteed. Equivalents are the 7189/A and so-called extended-ratings versions like the E84L/7320 Siemens shown above and the Russian 6P14P-EV. Both are rated for more than 10'000 hours. With plenty of NOS stock including the famed Yugoslavian EI, tube rollers have serious options. And unlike the classic Leak Stereo 20 which launched in 1958, today's 21st-century Cube prefers solid-state rectification to GZ34 and also eliminates the EF86 for even less glass, hence lowered maintenance. The only rare routine will be to check on bias via the rear-panel controls since this isn't an auto-bias design to make more power. 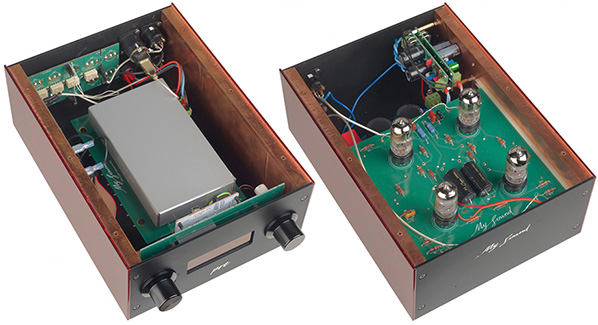 The natural Cube companion would be this fully optioned-out 3-chassis PreCube. That combines an 384kHz PCM R2R DAC with relay-switched resistor ladder attenuator over a -64 to 0dB range with an Amanero DAC for DSD128. There's an organic light-emitting diode display, Mundorf Superior caps, Vishay/Dale resistors, two analog inputs, S/PDIF coax and USB digital, remote control and for the obligatory vacuum bottles in the output stage, twin ECC82/12AU7 and twin E88CC/6922. Plus there's a third box, the external low-voltage power supply.

The two MySound owners were clearly intent to control the entire electrical signal path. Marek Dyba's prior Cube review even intimated that another amplifier based on his favourite direct-heated triode was in the works but its launch data anyone's guess since these perfectionists were in no rush.

As they say on their website, "why tube technology when progress has given us transistors, integrated circuits and digital? Since time immemorial, the great dream of human beings was to fly. The balloon was the first device which helped man to go up. It was made of paper and canvas then filled with hot air. Is this idea now a relic and obsolete? On the contrary. Thanks to an ultra-light helium balloon, Felix Baumgartner did the impossible. He rose to 39'045m in the stratosphere, then jumped off with a parachute and lived to tell the tale.

"MySound is a response to the needs of introducing modern electronic solutions into audiophile tube-tech components while maintaining their amazing old soul. The use of technologically advanced components, highly stabilized power supplies and modern design techniques allows us to bring out sonic aspects of vacuum tubes which had thus far been unexplored so that we can all hear more." 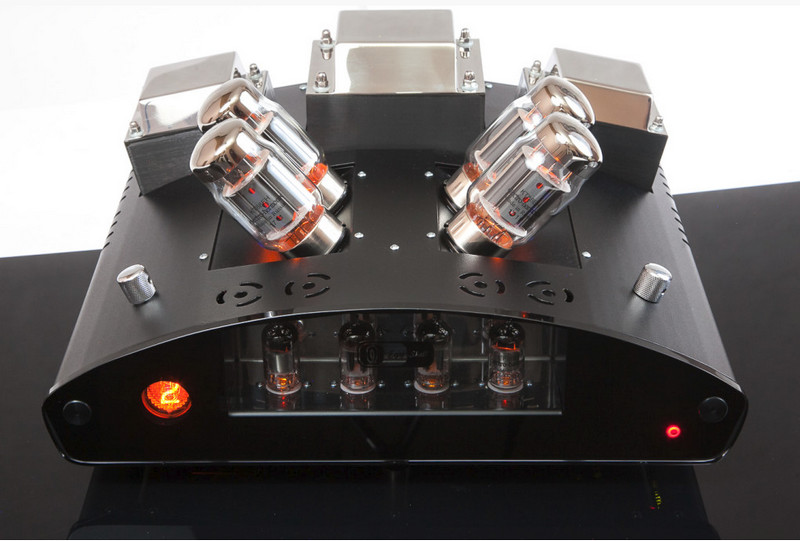 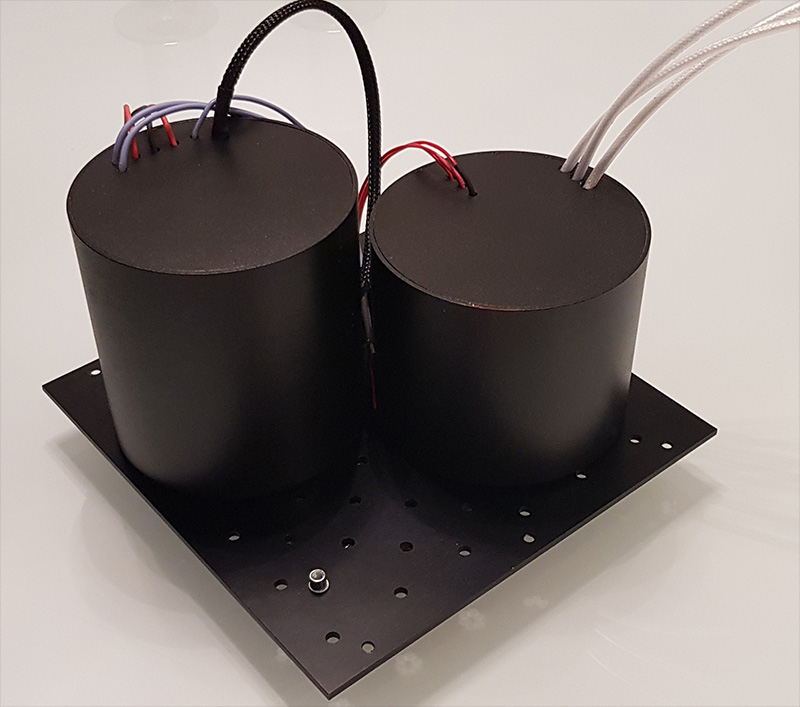 Internal construction is on circuit boards. All voltages are stabilized and the transformers are encapsulated in resin. Capacitors are Mundorf Supreme, resistors from Vishay and Dale, tube and RCA sockets by CMC, binding posts WBT 0703. Special anti-vibration footers contain ceramic. That's as much as Artur wished to detail out.

And, "somebody told us that you like white so we're building you a white pair. We'll pre-condition it by one week before shipping out."

I always request (but not always get) burnt-in units. If a manufacturer claims need for 500 or 1'000 hours, I can't shut my main system down for the duration or make noise upstairs. That's especially true for tube amps and speakers where source components and preamps could run quietly. So whatever a component is believed to need, that's how I ask it to show up. Now I, maker and  readers are assured that comments reflect gear that was properly cooked.

This is a perfect spot to shout out at current Polish flair with valve kit styling. Encore 7's Egg-Shell TanQ suggestive of a nude bike engine plus Nixie tube is clearly the more hot-rod machine statement than MySound go after with understated swooping glass. But both appeal to the eyes not just ears. If fine home hifi wants to enjoy a renaissance because up-and-coming younger listeners want it, manufacturers must make it cool again. And the vast majority of audio encounters start with a paper or screen photo or store window, not a lengthy audition through an endless play list.

To stimulate follow-up desire for that audition, the visuals must make the sales pitch or at least engage in heavy petting. Many newer Polish brands really get this to do things just a bit different. While tastes vary, it's the effort that counts. Coolness really does start at the eye.

It also continues there. Do you really want to buy something for your living room and spend serious coin on it which each time you walk by twists your sense of beauty into a hangman's knott? Even when you don't listen to your hifi, you still must look at it. Better it won't prompt the wrong reactions then. Oy veh!

Shipping from Poland to rural Ireland when Artur meant to do door-to-door proved vexing because all his available services told him we lived too removed. Dublin was easy. Liscarney deep in the lost sheep zone was not.

But naturally, he persevered. Finally landsman Przemyslaw Mikosz had sufficient cargo for the UK and Eire to expedite my loaner cubes on a lorry. Those would show up with those optional exotic amorphous-core output transformers to hit your wallet at the higher €8'990.

To better document the innards than aiming a lens at two stacked partly concealed boards, I asked Artur to submit photos of the boards prior to install.

Like toroidy.pl of Ksiezyno promote with their Fezz brand of valve gear, both Cube trannies seem to be of the toroidal aka donut sort. But that's an optical illusion caused by the cylindrical metal cans with their solid metal end caps. The output transformer is actually a classic double C-core and the mains transformer an equally classic EI core.

"Both are made to our specifications, placed in metal canisters to limit the influence of radiated electromagnetic fields and fully flooded with a special resin that conducts heat very well and eliminates vibrations."