The Mozzaik1 arrived in the most stylish flight case I'd hosted in 20 years on the beat. With first impressions irreversible, Croatia thus already scored in the game's first minute. Goal. Unpeeled, the machine looked just like in the pictures. Only its carbon shell was thinner than expected so talkative when tapped. Unlike an equivalent bent sheet-metal case, it didn't ring, just made a dull 'tock'. Letting it sit powered up for a day, the case only got mildly warm. It was neither frosty cucumber nor class A workaholic. The small power LED beneath the applied metal logo on the front glows white. Thinking readers will have wondered. How does one input a tweeter high-pass frequency without display? With the overlaid list. It shows the six coarse settings across, the 11 fine settings vertical. One counts control clicks on the stiffly stepped rotary switches until coarse plus fine setting hit the desired chart value. Simple if not very precise if one wants 2'000Hz but must choose between 1'914 and 2'107. 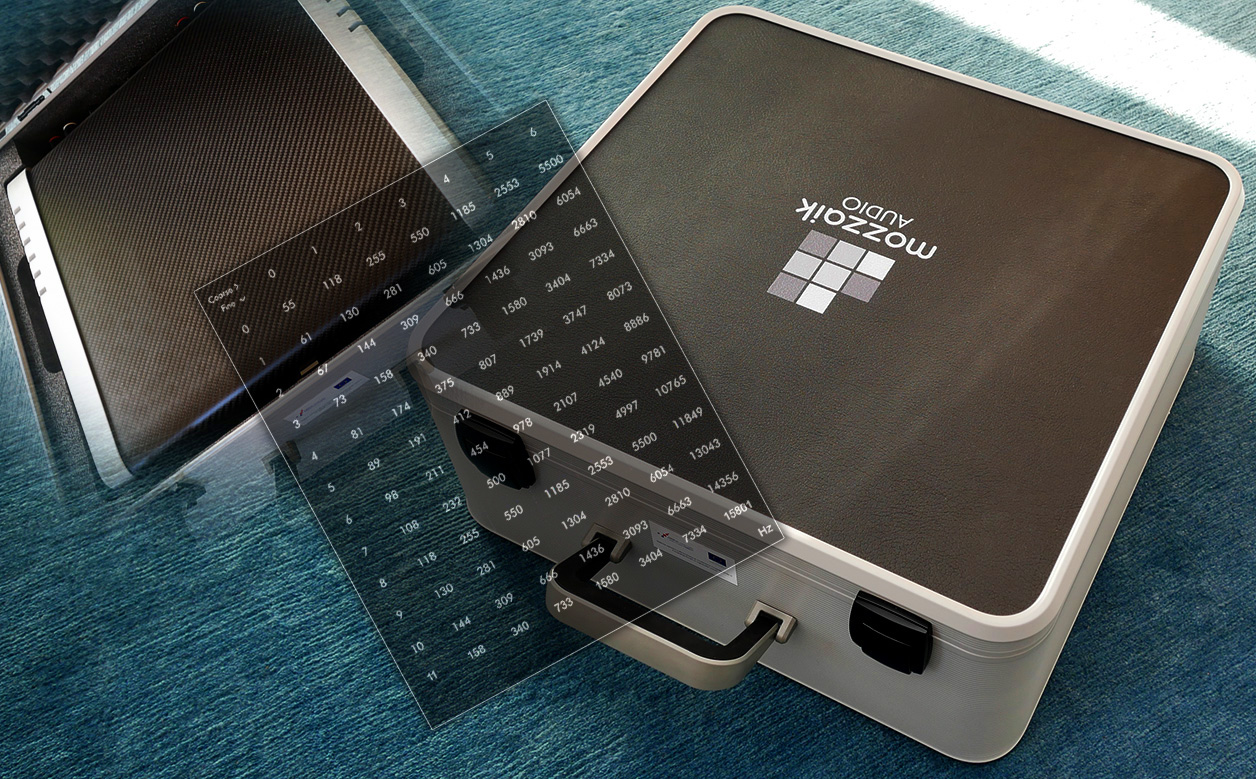 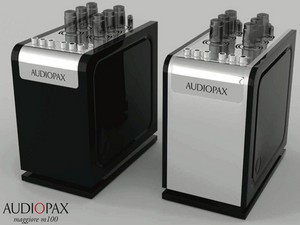 To crack this case requires peeling off the rubber bumpers which conceal four bolts affixing the extruded side rails. From experience such footers don't re-stick properly once the original glue breaks. To return the loaner in the same condition as received, I had to refrain from inside shots. The earlier bench photo must suffice. If its adaptive distortion profile is this deck's raison d'être and pièce de resistance—it's hard to argue the contrary—putting the controls on the back is impractical. Also, visible lack of hard values makes counting clicks mandatory. That's a bit cumbersome. During the adjustment period until all is locked in, an owner should feel forced to install the amp backwards to see its controls right-side up and not mirror-imaged. It's the era of menu-driven displays. They could handle this far better. Now factor a stiff €8K ask. I rate Mozzaik's 1st-gen effort functionally not 100%. Audiopax at right put their six TimbreLock controls on the top front of their amps. That's where they're easily reached. One feels like a jerk for pointing this out.

Thinking on where best to test the first Mozzaik, our upstairs system features speakers centered on a compact custom widebander covering 200-10'000Hz. That puts the tweeter high pass well past music's highest 3'951Hz fundamental deep into the realm of pure high harmonics. Our 2.0 video rig runs Ohm/Walsh-derivative 200-20'000Hz omni drivers; again most atypical. So Aurai Audio's M1 2-way tower with a standard 3'400Hz filter in the main system struck me as the best candidate.

While concluding a prior review to make room for the Mozzaik1, I asked engineer Marko Dvecko about the amp's concept. According to Mihael Munta "he's the only one who actually knows stuff about it".  What distortion do the second and third double controls generate; what doses correspond to their stepped controls? What creates the distortion? I also asked why the controls locate as they do and what negated a display/menu-driven approach. Of course writing and programming software code is its own discipline. Perhaps that was beyond the core competency of their original small team? In some ways the Mozzaik1 struck me as proof of concept. It had the full core idea installed already but not yet fully dialed the final user experience. Neither had we during this site's early days. That's how it goes whenever one starts out. The Mozzaik1 certainly already fully looked the part. 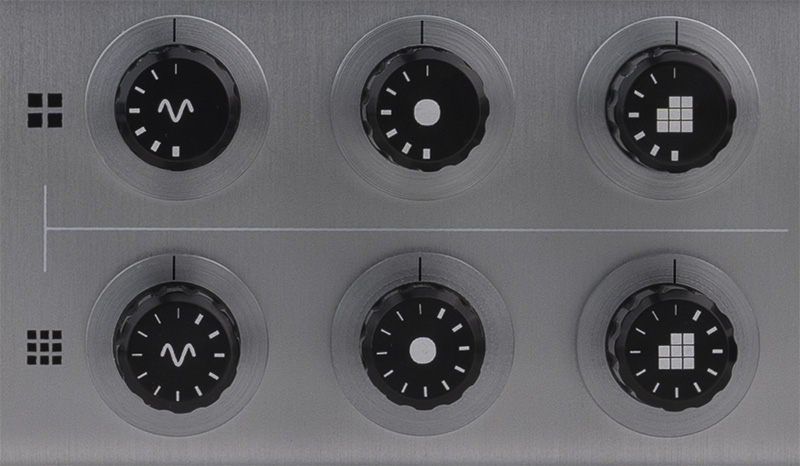 "The controls are on the back for two reasons. One, that's close to the input signal being processed so picks up a small amount of noise from the power amplifier. Second, you adjust them only once. You don't want people to change values all the time and play around with them. I usually turn the back panel to the front when setting up new speakers. We were thinking to use numbers instead of lines but as there is no space for big letters, numbers would be hard to read. The start position for each control is always fully counter clockwise as it would be for a volume control. Menus could be nice for the next version. For now we neither had the time nor budget for it. The 2nd row of adjustments works with the compensation frequency to add second-harmonic distortion and compensate the tweeter's adiabatic distortion which is higher due to its small surface. Around 5kHz is also where our ears are most sensitive and where we pick up a lot of information about instrumental positions.

"The 3rd row of adjustments works as compensation for our ear/brain distortion. When SPL are high, it contains the 2nd, 3rd, 4th and 5th harmonics. Higher-order harmonics aren't musical if left alone but low-order harmonics mask them to become inaudible. The dose for the coarse setting is always zero at the full counter-clockwise position, then ~6.67dB per click. For the fine control it's ~0.83dB. The psycho-acoustic effect is more complex due to richer harmonic content whose ratio also changes with setting. It's not just amplification/attenuation of distortion. Speakers generate much THD. We conducted experiments to address other forms of distortion with some success. In the end we decided to focus on the one that makes the most difference without getting too complex. It's already complicated. If not too high, our ear/brain compensates the 2nd harmonic as long as it's linear across the bandwidth. So we don't address other forms of distortions by EQ. The device has a linear flat frequency response across the audible band.

"Compensation frequency equals the frequency where we apply speaker compensation. It should be the same value or a little higher than the tweeter's crossover frequency. Speaker compensation is about the amount of compensation added. It changes the HF signal to cancel one type of tweeter distortion. When set correctly, you should get better vocal focus and greater separation of instruments. When you overcompensate, you'll hear it as a loss of focus and the soundstage collapses. The psycho-acoustic effect is defined by the speaker, room and listening distance. I dial in these settings by using the rough control until I hear the best dynamics. Usually I start with drums, then vocals and how the fine settings focus them. When properly done, you will have greater dynamics and more texture. This setting can sound good even when overdone a bit. When you get close and adjust the fine knob, you will eventually get to three fine clicks where the sound starts to become fatiguing. This hits ear/brain characteristics with some unnatural residue. Now back off counterclockwise by 1-3 clicks clicks until the focus is still good but without the fatigue. That's the ideal position. For bad recordings you can overdo it a little. Now move the rough knob clockwise one step and you're done. When you overdo it, you will lose fine details like space cues and instrumental body. What we still need to do is create a table of settings for different speaker models to show a starting position that will bring you to your ideal setting faster. What creates the distortion are radio-frequency modulator IC not usually found in hifi." About his forthcoming DAC, "it will use our own interpolation filter, our own Sigma-Delta algorithm and be discrete so we don't rely on pre-fabricated converter chips."