By late September, Merrill's email announced "an Element 114 available the first week in October broken in and ready to go. You can already send your questions." Playing consumer by proxy, I asked the three most obvious ones so Merrill could make his case for GaN.

• You've worked with OEM platforms by UcD and Ncore in the past. That limited your own contributions to mechanical tuning and parts voicing, i.e. chassis, footer, hookup wiring and connector choices, perhaps even the input buffer. For the Element range, do you again work with a licensed OEM solution or is this designed in-house or exclusively commissioned from a class D expert? If it is your own, can you explain how you acquired the necessary engineering expertise in the interim? If it isn't, can you say who provided it? 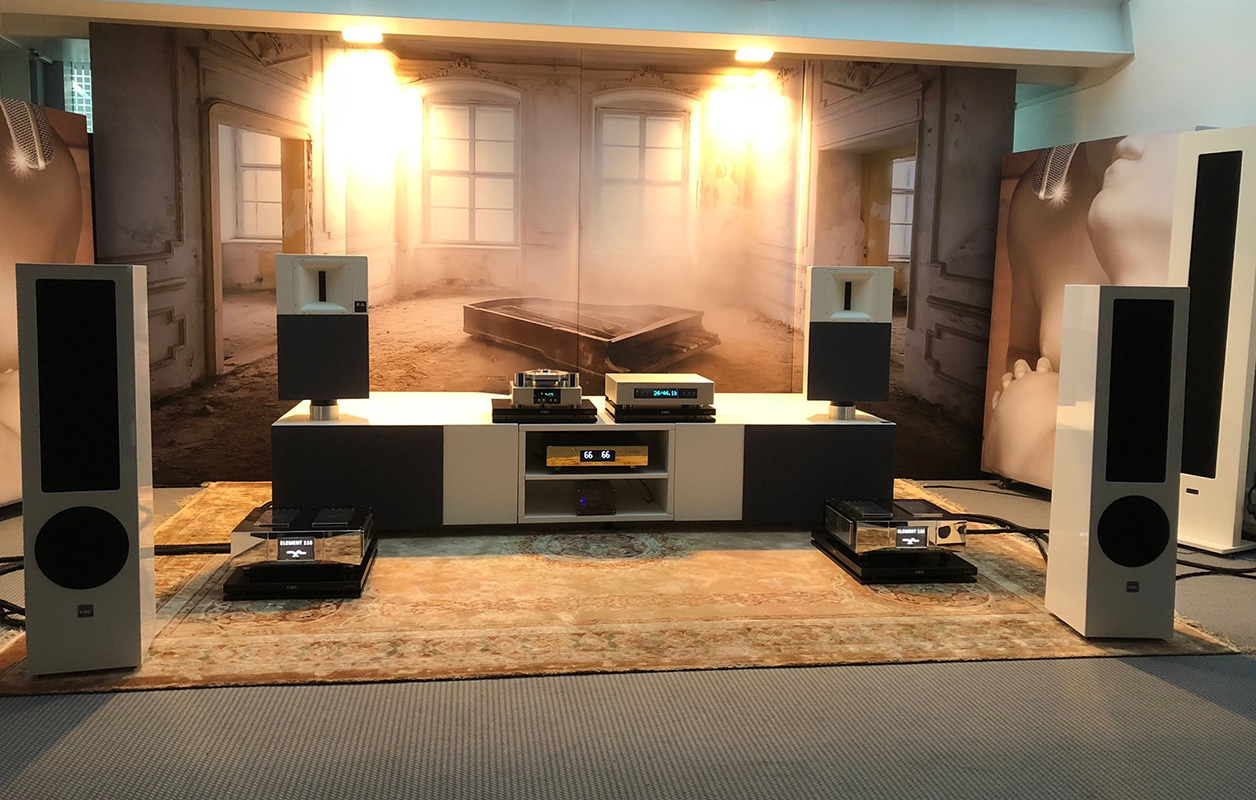 "I wish I could say that I spent four years in my secluded man cave developing this alone and then came out with it all done. The reality is that I had a lot of help from all over. I began researching the project in 2015, initially to break away from the control of the OEM platforms, then more so because of the difference of quality standards I wanted plus some personality conflicts. All this R&D took a nice turn when I discovered that I could provide not just a marginal but 10 x improvement by designing with GaN transistors over the typical Mosfets of the OEM platforms. Our design is proprietary to Merrill Audio and a culmination of working with friends, vendors and vendor partners. The Element range was born in 2017. It was slow being released because I had a family issue which took some of 2017 and all of 2018 before I was able to regain focus on Merrill Audio by 2019. My background is in R&D, computers, semiconductor wafer fab and analog design with my education as a BSEE and executive MBA. This allows me to expand my scope well beyond analog design into RF, semiconductors and digital high-speed design requirements. Production is still highly specialized and only a few vendors can actually produce our board well." 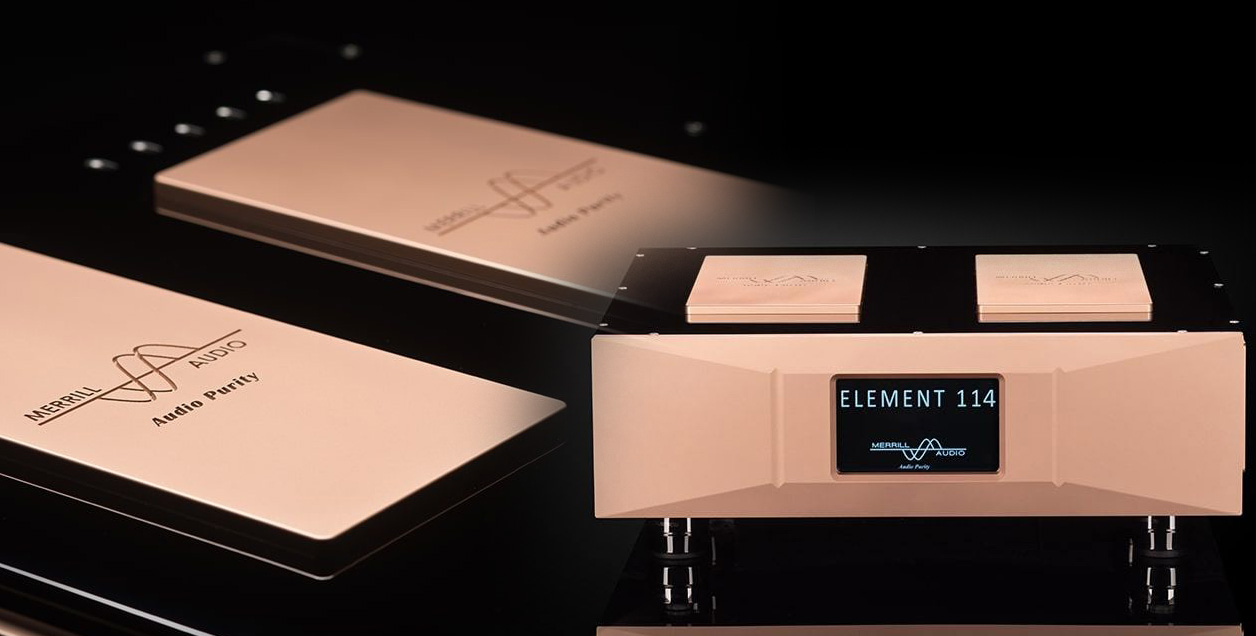 • Having successfully championed and sold Bruno Putzeys high-feedback circuits with complex control loops and his switch-mode power supplies, what compelled you to now pursue class D without feedback and go after exotic costlier output devices?

"There was always a limitation with Putzeys designs which originally came from Phillips and are now probably 20 years old with some tweaks. The original UcD sound was very laid back. The NCore had a better presentation but still used a lot of compensation for the large parasitic capacitance on Mosfets which don't allow fast-enough switching. Mosfets as power transistors are nice because they are cheap and easy to use but the channel-(drain and source)-to gate parasitic capacitance was always a limit. This caused significant dead time to result in distortion. Feedback, feed-forward and timing could compensate only so much, hence the naturalness, ease and detail of higher-level amplifiers remained elusive to these Mosfet designs. My goal was to challenge the best amps in the world. Although I didn't expect that I could do it with the first release of the Element range, much to my surprise they are far superior as you will hear soon. It turns out that the cost of design, R&D and production is high due to the amount of precision required but this is exactly why the Element amplifiers play music with such ease, control and finesse, with more detail than ever heard before yet no exaggeration."

• Popular perception between various Ncore (or Hypex, ICEpower) amps has often been that they were mostly the same old wine in different bottles. Their main differentiation was down to brand cachet, pricing and overbuilt enclosures. How would you respond to the latter point relative to your Element range and its very posh chassis?

"Yes it is true, various Ncore or ICE was mostly the same wine with differentiating blends and aging times to use your wine metaphor. But this is not restricted to class D amps. You have the same when comparing one class A amp to another class A amp or one class AB to another class AB. Class A design is over 100 years old so tweaks are small. The Element amps are vastly different. 1/ there is no feedback which alone puts them in a class of their own. 2/ there is zero dead time, hence no class D dead-time distortion, another reason why we can do without feedback. These two differentiators are very big. The chassis are built to look good and be functional without the added cost of heavy thick front panels or copper side panels. But they do deserve very posh enclosures just like a Bugatti doesn't come with vinyl seats." 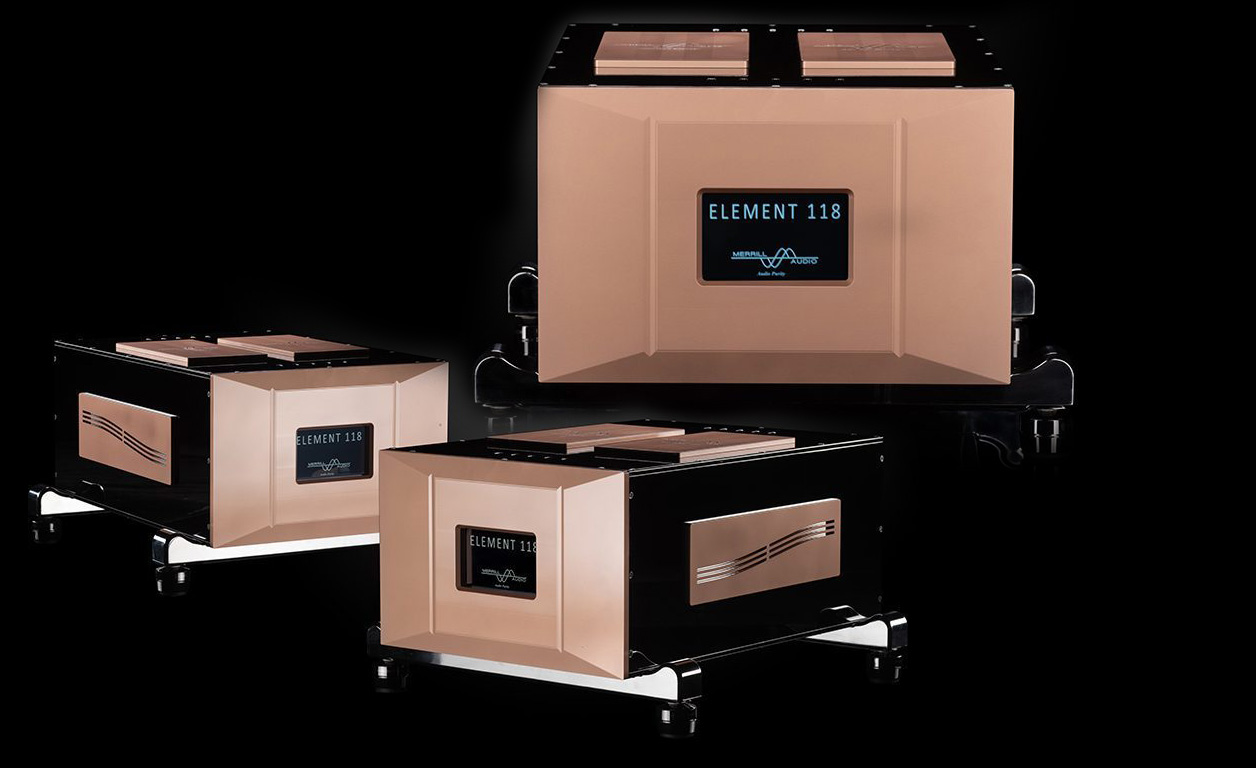 To prepare for my last question, we turn to Electronic Design for a basic explanation of an LLC resonant converter. "Switch-mode power supplies are known for superior efficiency. While they achieve a significant level of efficiency, the quest to improve continues. One development are LLC resonant converters. These unique SMPS use resonant circuit techniques to reduce switching losses but require a sophisticated controller. Such controllers feature additional power savings to further boost efficiency. Switching transistors are vulnerable to significant losses during their on/off intervals. When the transistor is off, no power is dissipated. When the transistor is on, its low on-resistance keeps power dissipation to a minimum. But during switching times, the transistors pass through a linear region where their resistance is higher which means dissipation of power. Luckily the transition periods are short. Reducing the switching time substantially cuts down power consumption.

"Switching time is determined by transistor specifications and other circuit characteristics. Also, sharp pulse-edge transitions produce transients that generate noise and electromagnetic interference. Therefore a key goal is to reduce switch time by using a higher switching frequency. Though EMI still occurs, there's a beneficial reduction in power consumption. Using LLC resonant techniques can bring about that desired reduction in power consumption. LLC refers to the use of two inductances (L) and one capacitor (C). This establishes resonance at the switching frequency. As a result, the switching transistors see a sine wave and are enabled to switch at the zero-crossing points or near zero. This reduces switching losses in the transistors. The benefits are higher switching frequencies which reduce the size of transformers, filters and related components as well as minimize switching-transistor heat dissipation and the need for large heat sinks while increasing the circuit's overall efficiency."