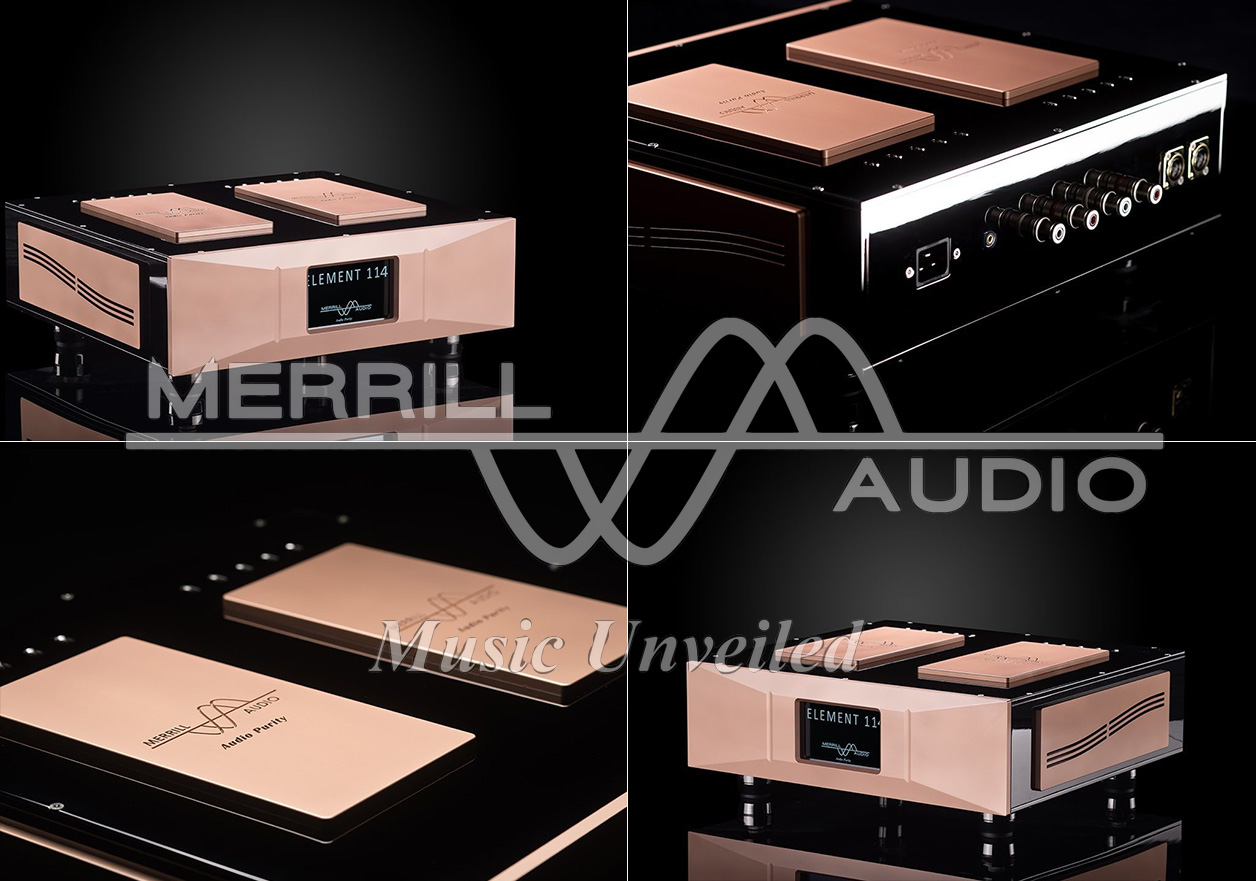 Flerovium. That's the 114th element in the periodic table, "a super-heavy extremely radioactive synthetic element named after the Flerov Laboratory of Nuclear Reactions of the Joint Institute for Nuclear Research in Dubna, Russia where it was discovered in 1998." As Element 114, it also is the newest stereo amplifier from Merrill Audio. It does 200wpc@ Ω and keeps doubling down into 2Ω. Without any feedback and claimed zero dead time between its on/off switching, it uses a class D circuit with gallium nitride output transistors and LLC-resonant power supply with custom transformer as inductor. "This ultra-low noise power supply gives the amplifier its seemingly limitless supply of power and ultra-low noise floor at full power." It comes in polished black nickel with rose gold fascia and accents. A 20A AC inlet provides for a tighter connection. The Teflon XLR input has rhodium-plated silver pins. The speaker binding posts are pure copper. Gain is 26dB.

Merrill Wettasinghe, the man behind the brand, has a BSEE and MBA and "worked for Fortune 100 as well as many startups, including a few that he started himself. He built audio since the age of 10 and studied the piano for over 12 years." As such he was one of the original Ncore 1200 OEM users who brought to market amplifiers based on these very powerful Bruno Putzeys class D modules well before Hypex's own spin-off Mola Mola had theirs. He thus has in-depth experience with what to many was the best such tech platform at the time. We must assume he considers his Element range of three amplifier models—two monos, today's stereo—all based on his own tech to be superior. Why otherwise bother?

"The first and foremost consideration for true-to life music reproduction is speed," he maintains as a trained pianist.

That credo demands rock-solid circuit stability to avoid overshoot and ringing/oscillation. Here his choice became the latest available GaN transistors capable of working into the Gigahertz range. "Incorporating highly developed techniques, parasitic inductances and capacitances of our circuit boards have been reduced to near zero."

Power stability is down to 1Ω "with the same high-quality sound. Rather than clipping, the amp will rapidly reduce the signal to eliminate any harsh and harmful clipping." Pure balanced operation means XLR-only inputs. As do all Element amplifiers, protection circuitry monitors the 114's i/o voltages and currents to shut itself off should safe tolerances be breached. 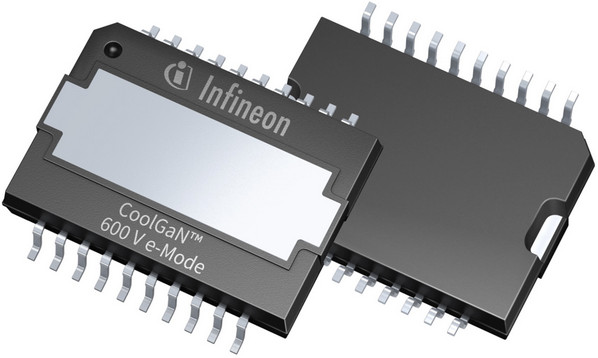 A tech PDF by Efficient Power Conversion Corp. explains the science behind these lateral parts which are promoted as replacements for the ubiquitous silicon-based Mosfet. "The lateral structure of the GaN transistor makes it a very low-charge device. It can switch hundreds of volts in nanoseconds, giving it multiple megahertz capability. This will lead to smaller power converters and higher-fidelity class D amplifiers."

By mid 2019, Merrill Audio's Element amplifiers seemed one of the few to lead this charge.

Another was the 100-watt AGD Vivace which integrates its GaN output stage inside the envelope of a tube whilst Technics had embraced these parts in a driver stage by already 2017. On the ground floor of the HighEnd Munich show 2019, Martin Bell of Java HiFi had bowed his GaN integrated with LDR line stage. NuPrime and/or NuForce were said to work on their own GaN circuits.

But for gallium nitride transistor sightings in hifi, it still was early days. The one we're considering today is a single-chassis stereo model which should drive most any loudspeaker made.