As much as the bass was responsible for the first impression, it didn't take long for my attention to get caught up in the opposite extreme. The Mingus Quintet have diamond tweeters. Their treble resolution, transparency and purity is therefore unique, breathtaking and perhaps unmatched by any other type of tweeter. While ceramic domes which I am definitely not a fan of also manage to wow people with their transparency and clarity, for me they often sound dry, rough and lean. These diamond tweeters outperformed any ceramics I've heard in virtually all possible aspects, with the key difference being simultaneously very resolved yet also incredibly smooth, rich and natural. I dare say that a lot of high-quality amplifiers would deliver impressive bass from these Mårten speakers but only the very best would manage to also exploit their full capabilities in the top end. The longer I listened to the Marton, the more convinced I became that this was one of the best amplifiers I'd ever heard not only due to its bass performance but for the way in which it was able to utilize these remarkable diamond tweeters. So whilst bass and dynamics were the first two hellos, it was the treble that soon took the lead as the most distinctive and impressive feature of this setup. It was incredibly resolving, transparent, precise and open but also silky, lush, refined and exquisite. 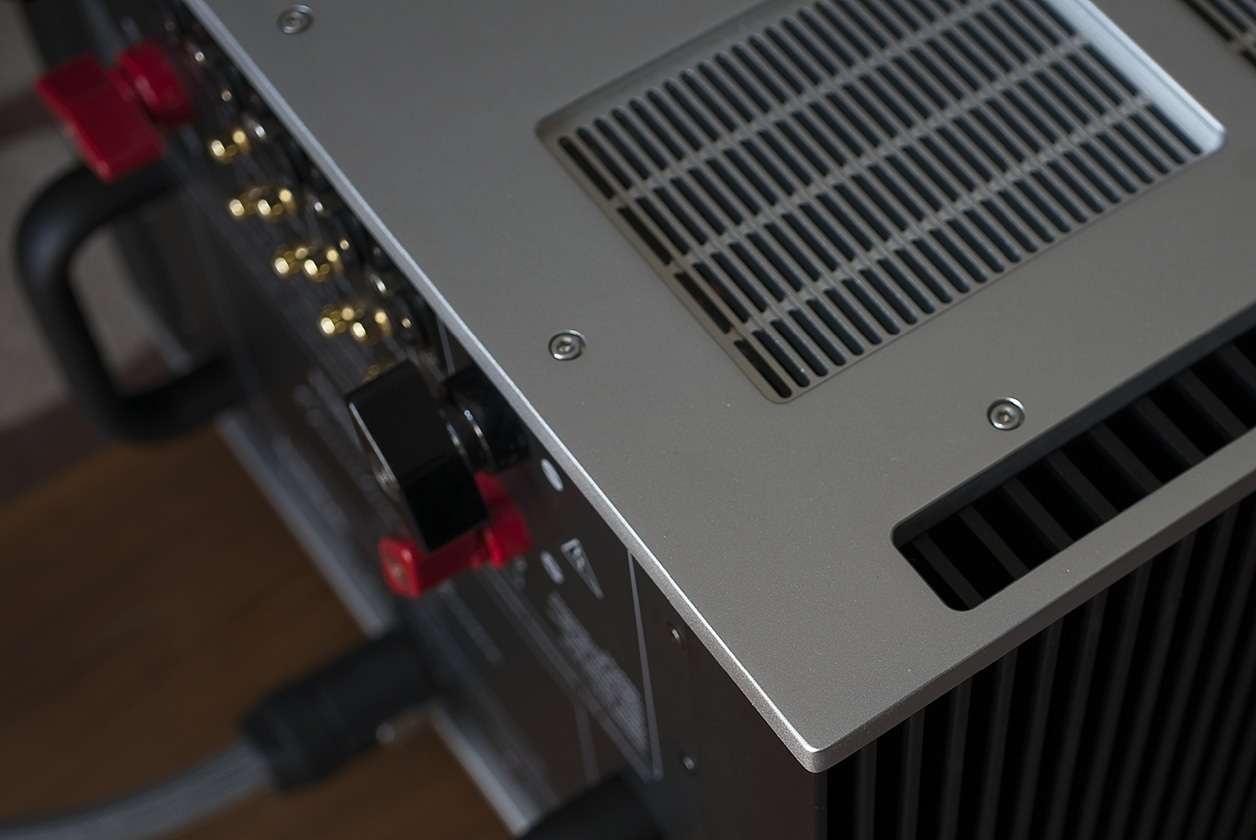 It might seem that I forgot the midrange as though there was some issue. I haven't and there wasn't. While our ears are indeed most sensitive to this range which carries the very essence of the music, the midband per se is hardly ever as impressive as the extremes surrounding it. When presented accurately, the midband doesn't wow us as easily, at least not at first. This part of the band attracts our attention more quickly when something is wrong. That's why I focused on the bass and treble first. I'm willing to bet that most people listening to the Marton Opusculum Reference 3 when paired with top-pedigree speakers will agree. They will first notice outstanding bass performance, explosive dynamics and, if their speakers allow, remarkably clean and resolved yet smooth natural treble. Only then, as I did, will their attention turn to the midrange and start to look for any weakness in this solid-state amplifier. I tried my best but didn't really find any objective nits to pick. Granted, it wasn't as palpable, three-dimensional and present as some top tube amplifiers particularly SET from Kondo, AirTight or AudioTekne. It was excellent but more neutral which in the case of a top solid-state amp is a good thing. 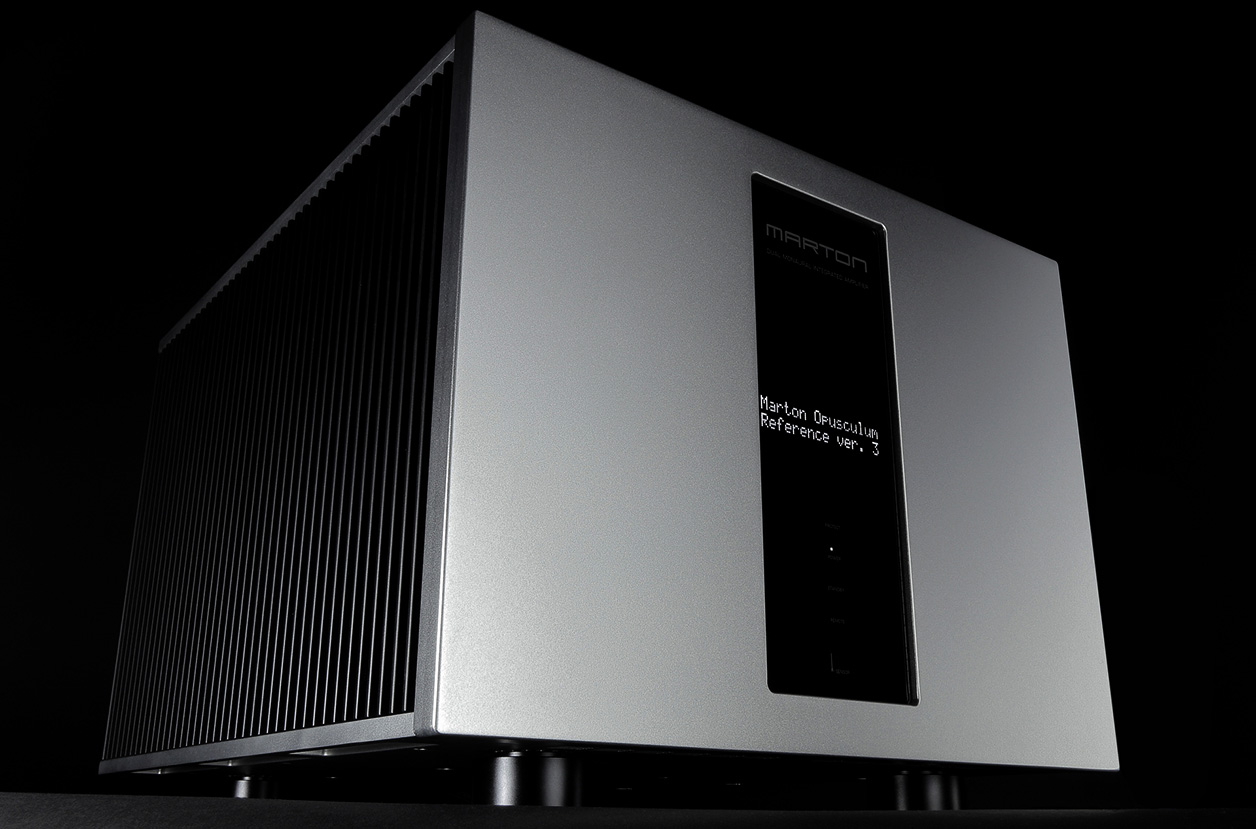 While I am a huge fan of SET amplifiers and how they focus our attention on a lush midrange, I can still objectively admit that more neutral performers like the Marton, while not as charming or easy to get excited about, actually move us closer to the recorded truth, hence the ideal of high fidelity. That's what today's amplifier does incredibly well. It presents tracks for what they are all about, for good and bad. Fortunately, the Opusculum Reference 3 is not a super-analytical type to dissect recordings. It provides a lot of information but keeps the listener's attention on the music. The genre doesn't really matter. While the presentation's center of gravity seems quite low, there's no actual coloration or emphasis. It is just based on a uniquely solid bass foundation. So while on one hand it was able to knock me off my feet with the power and dynamics of an orchestra, it also amazed me with the delicately sublime sound of a Stradivarius violin or the powerful yet remarkably refined and beautiful voice of the great Luciano Pavarotti. I had as much fun listening to Aerosmith and AC/DC as I had with acoustic Blues from Muddy Waters or the latest Rodgrigo y Gabriela acoustic guitar duo. This is not just a remarkably good-sounding amplifier but an all'rounder capable of playing any music in an engaging, highly enjoyable way.

Later I confirmed all this with my other speakers and sources. My resident Ubiq Audio Model One Duelund Edition and GrandiNote Mach4 proved that the Marton focused on revealing the ancillary hardware choices rather than impose its own character on them. The Model One's bass was almost as deep as Mårten's but a bit faster, more focused and even more powerful without any exaggeration while with the Swedes, there had been a hint of bass-reflex operation, a bit of extra oomph at the end of the lowest notes. The midrange on my speakers was slightly warmer and richer hence not as transparent or revealing as the Mingus Quintet. The top end was definitely not as resolved as the diamond tweeters but rich, fast and crisp as it should have been. The Mach4 do not reach as low but their differentiation, clarity, speed and dynamics are astonishing. The Marton did not add artificial extension or weight to their lowest bass. Again, it used the strengths of the Italian speakers and made them shine like only a few other mostly tube amplifiers ever had before.

Whatever the speakers, coherence, flow and timing were impeccable. There was no coloration anywhere, no emphasis, no imposition. This also held with the wonderful ESA Credo Stone which again showed all of their virtues as described in my earlier review. I truly appreciate amplifiers that do not try to impose their sonic signature on my system. The latest Marton product is definitely one of the best of that kind and likely the best solid-state integrated I ever hosted.

So was it the perfect amplifier? As any experienced audiophile will tell you, there is no such thing. The best ones offer countless advantages and only a few minor mostly subjective trade-offs. Mr. Knaga's key goal was to create as neutral an amplifier as possible and I believe he succeeded admirably. Its massive power should drive any speaker with ease. What's more, the Polish amplifier will allow your speaker to show its own sonic character and push it hard to perform its best. The sound will be fast, dynamic and powerful yet refined, precise, accurate and with fabulous timing. It will be highly enjoyable no matter what music genre you prefer. But creating so neutral an integrated amplifier also means that if you're looking for SET-like warmth or palpability, this Marton probably won't be your first choice. It simply won't add that type of coloration. The sound of instruments and vocals will be accurate, engaging and natural, encouraging you to spend countless hours of listening to your favorite music without fatigue. So it's a matter of choice. If you like a warm, palpable intimate presentation and don't mind some colorations, pick a top SET. If you're about the truth, the whole truth and nothing but, the Marton Opusculum Reference 3 is one of the best choices on the market regardless of price.