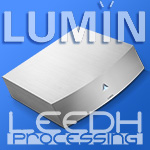 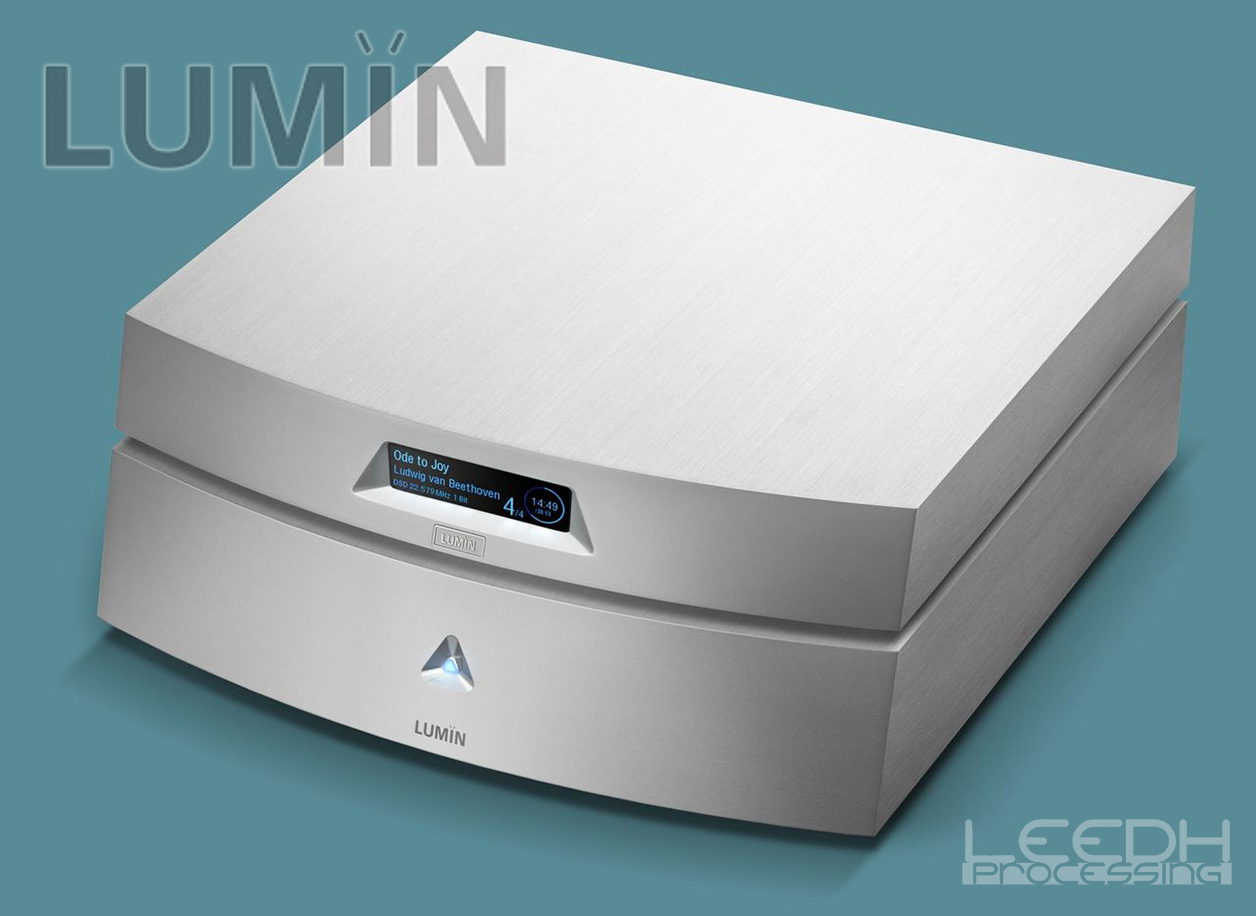 Hong Kong based Lumin, pioneer of DSD streaming, just moved from being a pure digital specialist to an audio generalist by enhancing their portfolio with a class AB amplifier prosaically called Amp. That move was made possible through a close partnership with Angus Leung who joined their team to design their first device belonging to the good old analog world. Angus was the owner of WestminsterLab and co-designer of their flagship Unum amplifier. He also designed cables for Lumin, especially DC and power cords, to improve the performance of their network players. As there was no preamplifier on the books, Lumin's digital volume built into their streamers was the only way to assemble a full Lumin system.

Having been personally involved in early Leedh Digital Volume Processing tests, I introduced Gilles Milot, CEO of Acoustical Beauty and owner of Leedh, to Lumin's managing team. During their visit to Paris, I demonstrated for them a small prototype board to show how to improve their sound by avoiding destructive dithering algorithms. The difference between Lumin's then built-in volume control and Leedh's wasn't small. Immediately Lumin showed interest to license Leedh's algorithm. But they had to work hard to manage its additional digital processing for both PCM and DSD without overtaxing their streamer's CPU. Sometimes simple ideas—just add Leedh—create complex R&D repercussions. That's what happened here.

What's behind Leedh's lossless digital volume control? Its math isn't easy so I'll keep it basic. Most digital music signal encodes as 16-bit PCM; or 24 bits for high-resolution files. A very small part of the catalogue arrives as 1-bit DSD. The best DACs suffer no losses while converting digital to an analog signal of equivalent 20-bit resolution. These DACs are capable of handling standard Redbook without loss and with just a small loss for true 24-bit files. Digital signal of more than 20 bits loses data during conversion even if a DAC accepts 32-bit signal. For the currently best DACs, the actual resolution limit is about 21 bits.

Despite seeming most counter intuitive, reducing the amplitude of a digital signal increases the number of bits whereby the modified signal is now rendered. Such an increase will thus likely cause a loss of information during conversion if the bits of the modified signal exceed 20 bits. To attenuate by circa 90dB, standard digital volume runs on at least 16 but more generally 32 bits. A 16-bit signal can thus only be attenuated with an extra 16 bits for a 32-bit limit. The extra bits needed depend on the attenuation value. With regular digital volume, attenuation values are conventionally calibrated every full or half dB. They generally require a high number of bits for a good approximation of the desired value. Thus the required bits excees actual resolution limits to create audible losses. Attenuating DSD requires prior conversion to PCM to mean the exact same issues.