Further on specs, claimed linearity is 20-40Hz/kHz ±0.1dB. Unweighted S/NR is -103dB. Input impedance is 200kΩ on XLR, half that on RCA. Output impedance is 0.1Ω, input sensitivity 1.16Vrms. Voltage gain is 26dB stereo, 32dB bridged. The rear panel centers the IEC inlet and on its top has two switches for selecting XLR/RCA inputs and activating stereo, dual-mono or bridged output.  Clear indications show correct connections for all modes. The four binding posts are from Furutech's high-performance series and the inputs have plenty of clearance to avoid crowding. 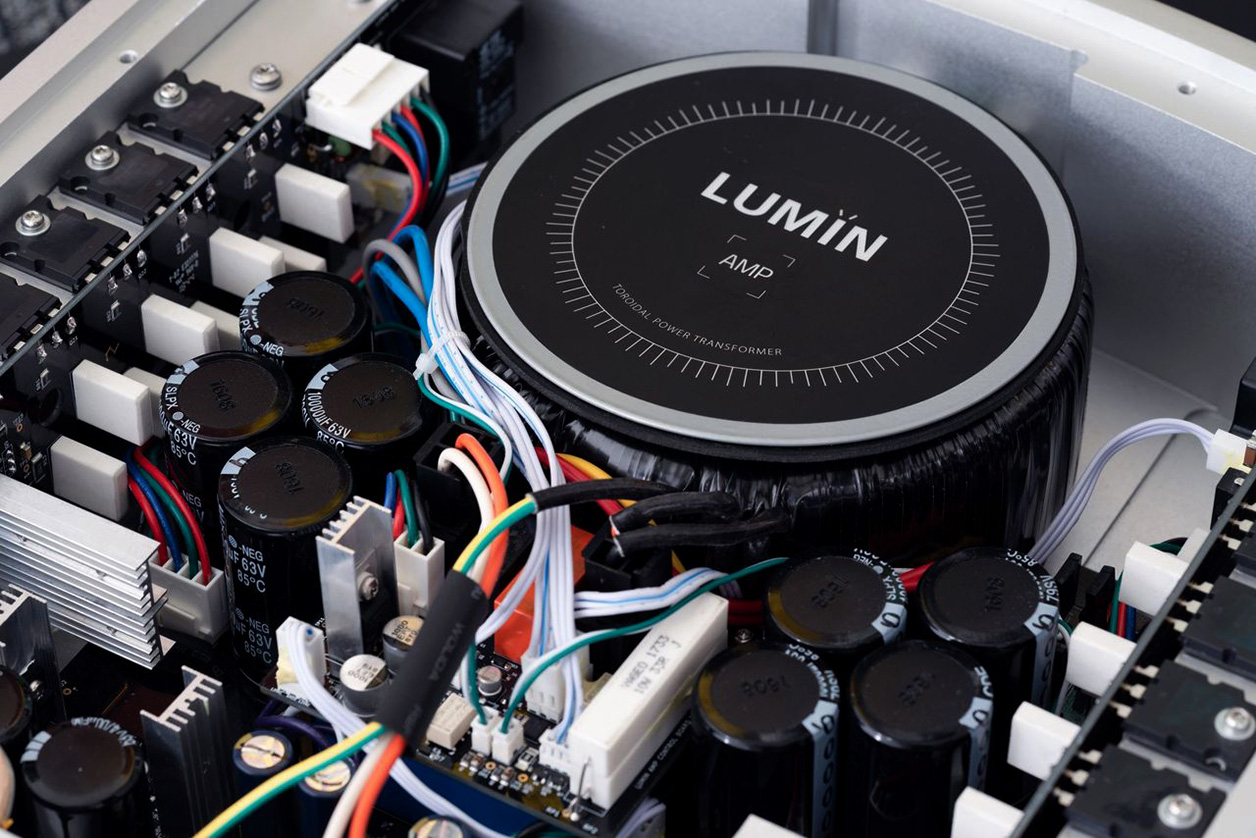 To revisit the X1's main features, it sports 2 x high-efficiency ES9038Pro converter chips, FPGA control and twin Crystek CCHD-957-25 femto clocks. These new oscillators are said to integrate more efficiently with Lumin's FPGA.  The external power supply is upgraded to three separate rails over the two of the A1, S1 and T1. The X1 thus has separate regulated lines for digital and each analog channel. Channel separation is claimed to be quite superior to previous models. There are two Plitron toroidal transformers, Linear Technology voltage regulators for very low noise and fast response times. UCV aluminium electrolytics from Nichicon offer very low impedance.

Lumin's Li On and Nelson Choi were clearly keen on a twin amp test since I'm used to running two bridged Luxman and SPEC amps. That proposal made sense and was more equitable by comparing like with like. Whenever I review an amp which can operate in three different configurations, it's also frustrating to only test one mode. By offering higher power, a stereo Lumin amp would actually suffice for my speakers unlike the residents which really want to be bridged for higher power. Thus using two Lumin amps on my Vivid Audio G1 Spirit or Lawrence Audio Harp loaner didn't have any drastic impact on the outcome even though it did add a bit more precision, dynamics and a slightly wider soundstage. Generally I enjoyed very comparable performance to what I'm used to bridged which was quite an achievement for this newcomer. On the flipside, bridge mode sounded more taut/edgy than a stereo Lumin. 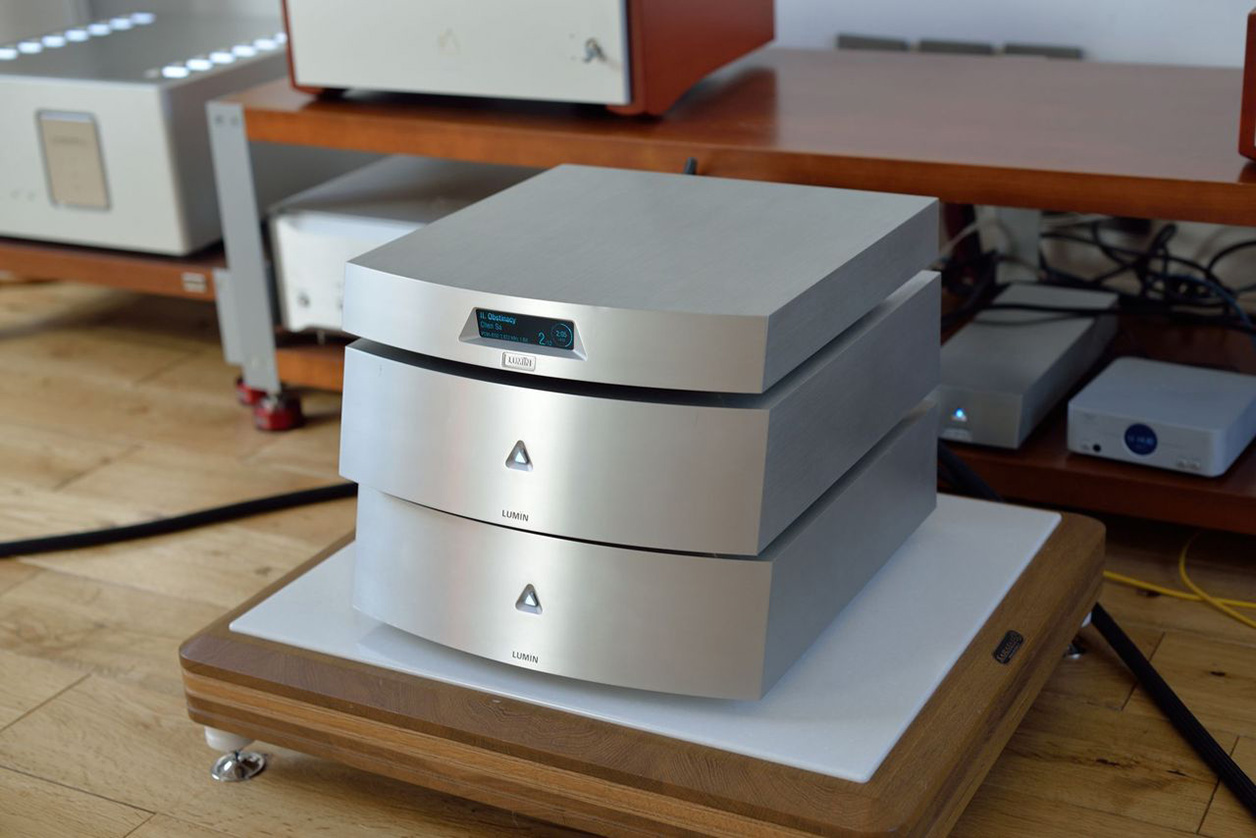 To properly exploit BTL meant switching to my 83dB Leedh E2 Glass speakers. Now monaural mode had real impact on the soundstage which became significantly wider and deeper. Detail also improved significantly. On these speakers, I had zero adverse effects with bridging. It was quite a perfect association with obvious benefits to the low sensitivity and no drawbacks on impedance stability. On the Vivid Audio and Lawrence Audio speaker meanwhile, I wasn't fully convinced that adding a second Lumin amp was that worthwhile. A single amp already delivered all the current and power I needed. In my ideal book, I'd run one Lumin in stereo mode on the Harp, two to bi-amp the Vivid, two bridged to high power into the Leedh. But the takeaway should be that a stereo Lumin Amp will be sufficient for most currently sold loudspeakers. 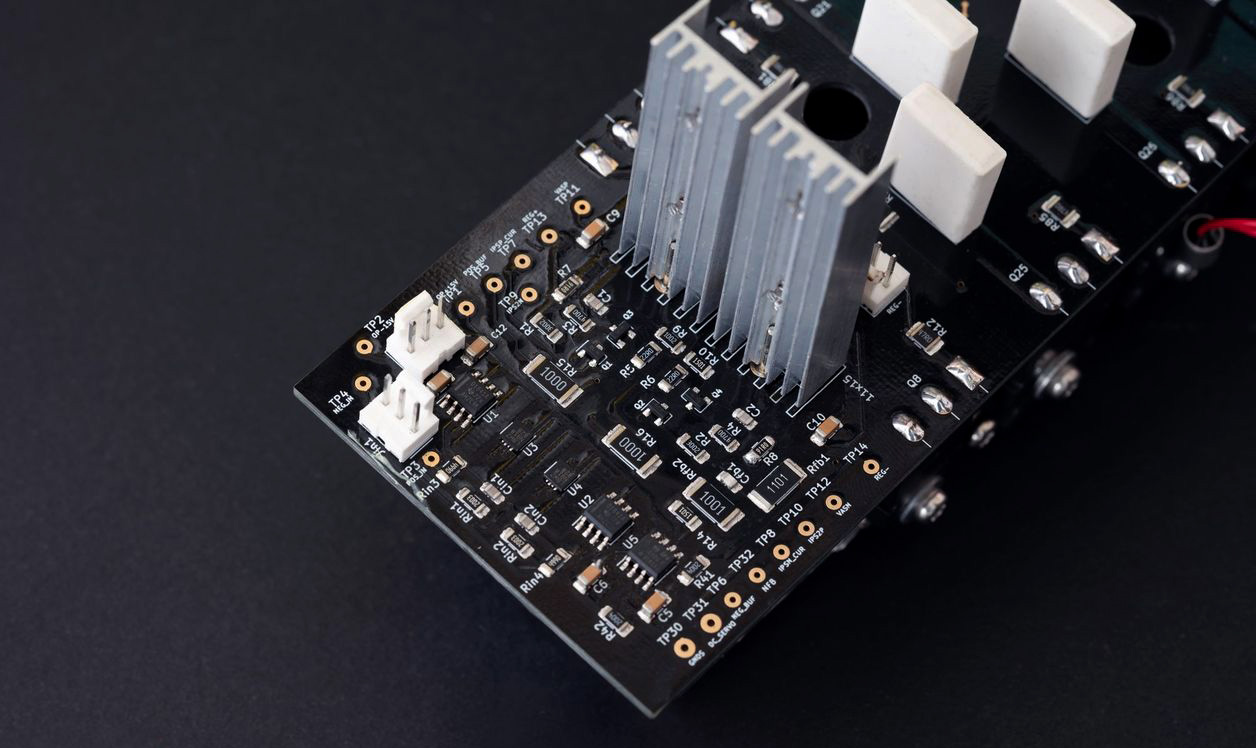