Whatever volume control you use, from the best analog beasts such as Robert Koda's Takumi or Ypsilon's PST 100 to more convincing digital algorithms inside a Mola Mola Tambaqui or big Soulution DAC, Leedh Processing reveals how destructive they can be. Thus trying it becomes a one-way trip without return. Soulution were among the first to adopt this tech inside their two D/A converters. Now Lumin will undoubtedly become the firm to popularize Leedh Processing for PCM/DSD at far more affordable prices. Leedh Processing has significantly boosted the performance of Lumin's network players. There is more clarity, more detail, more timbral accuracy, higher dynamics, less distortion. It's a bit complicated to explain what happens exactly but as soon as you trigger Leedh, you understand to what extent all usual preamplifiers add their own colorations. Why should one spend so much on a posh preamp only to add distortion? Lumin have chosen to exclude an analog preamplifier from their high-fidelity circle and that's perhaps one of the greatest achievements to get us closer to our recordings than ever before.

Before I experienced the updated Lumin X1, I would have never considered my Coincident Speaker Technology Line Stage to degrade the overall transparency of my system. It has always been one of the few analog preamps which I viewed as utterly transparent, to the extent that I even sold my original to upgrade to the Mk2. Now it just sounds to me like a distortion generator. The benefit of Lumin's new transparency applied to both their X1's analog and digital outputs. I was quite skeptical about sending attenuated digital signal to my Mola Mola DAC which thereafter applies its own upsampling. But my listening tests were all positive: the Lumin/Leedh digital volume was far more accurate than the Tambaqui's own dithering; despite the latter being very good already. 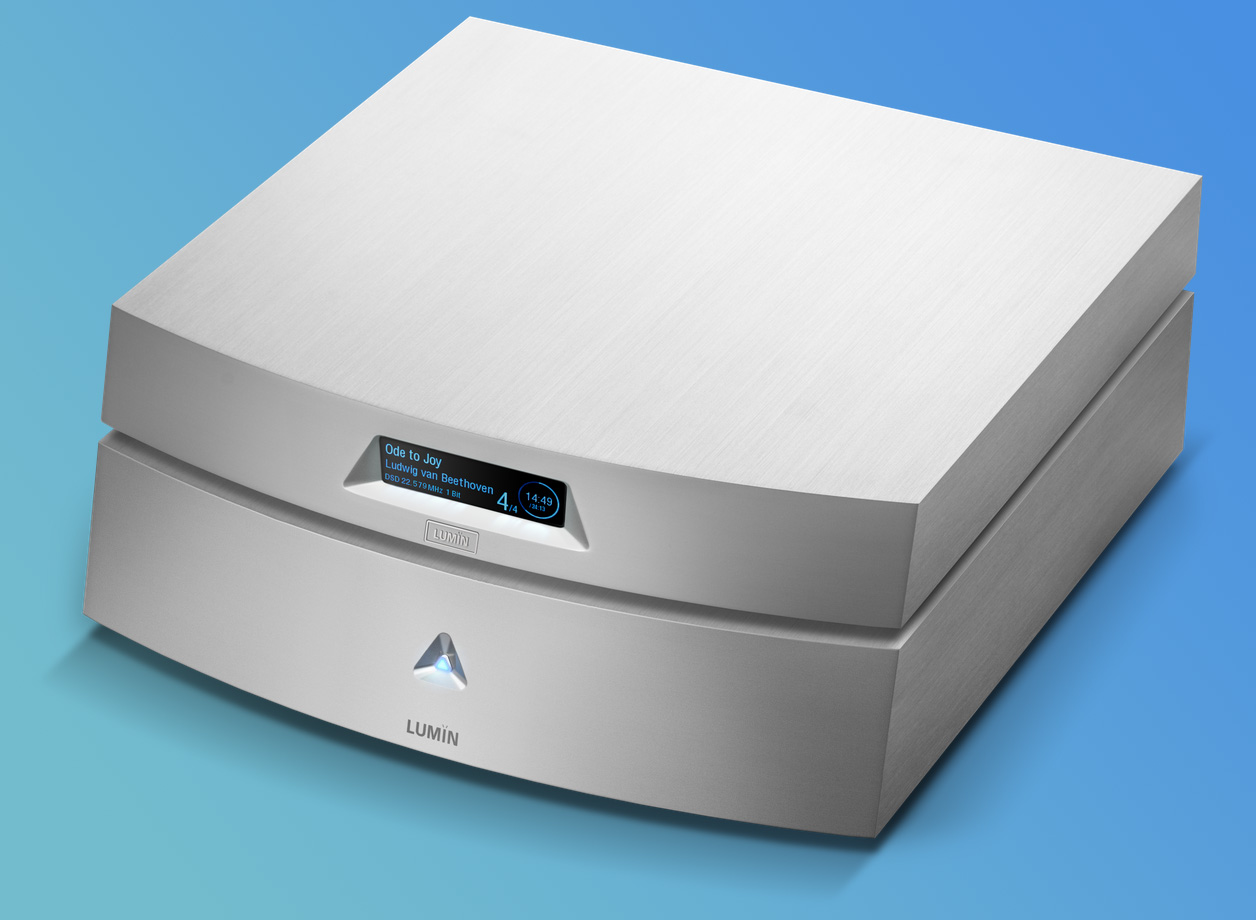 The results achieved with two Lumin Amps and an X1 as digital drive into a Mola Mola Tambaqui DAC were perhaps the best I ever had. Of course the X1 casts a more precise soundstage with its own dual Sabre chips. The Tambaqui delivers more accurate tones and slightly more liquidity. But really, the performance of the X1 is so impressive, it'd be a pity to use it as just a transport especially when DSD with Leedh Processing on its digital output limits to DSD128 while you can enjoy DSD512 on the analog outputs.

The Lumin X1 already had been a very good network player. Now it's become a serious concern for all competitors who do not exploit Leedh's technology; and indirectly for all analog preamplifier makers. Lumin actually decided to implement Leedh Processing across their entire portfolio. Even their fully digital M1 amplifier M1 now has it, quite unique for such an entry-line device. What's more, this evolution arrived for free with a firmware/app update to all existing and future Lumin customers. It is still possible to revert to the original volume control in the app's latest 6.1.16 version and conduct A/B comparisons. Trust me, you won't go back. Lumin have even added a 'max volume' feature that recalibrates Leedh's 0-100 attenuation to avoid disastrous consequences of sending 100% power to your loudspeakers.

Conclusion. The tonal accuracy/neutrality of Lumin's Amp plus the lossless new digital volume of the X1 make this a very enjoyable combo for anyone valuing ultimate transparency. I did not expect this level of refinement from a 100% solid-state chain but must confess that everything I loved about direct-heated triode preamplifiers has now been outclassed by Lumin's outstanding integration of Leedh. I will keep my Coincident Line Stage for review purposes and still own an Esoteric CD player for the same reason. But they are starting to look more and more like museum pieces than modern hifi objects which I'll use on a daily basis. With simplicity and perfect integration to an amazingly good amplifier, Lumin really have achieved something very special. This combo easily competes with the very best by CH Precision or Constellation Audio, simply at a fraction of their price. That clearly deserves an award.