Colonialist affairs? With the Vinnie Rossi L2 Signature and LTA MZ3, I had two pieces from the American colonies. Each made its case in our downstairs rig. Its signal starts with locally hosted .aiff files on an iMac FusionDrive. That spits out USB through Audirvana 3. It gets buffered, dejittered and reclocked by a super-cap'd D300Ref Soundaware doubling as alternate SD card transport. That D/D converter outputs I²S over HDMI to our discrete R2R Denafrips Terminator DAC with its 32 x upsampler engaged. Insert either preamp, then continue on to a pair of fully balanced 1MHz LinnenberG Liszt mono amps driving Audio Physic Codex 4-ways. Throw in AC/DC filters by Vibex, Artesanía's Exoteryc rack and amp stands and a complete Allnic Audio cable loom. Presto, sound.

As it happened, the hifi gods did smile upon my prior sunny hopes. Let's backtrack. A recent review of Nagra's Classic DAC had reminded me of 'DAC-direct' drive. Our COS Engineering D1 DAC/pre had played analog volume controller to eliminate the Vinnie Rossi's Elrog ER50 direct-heated triodes. This helped ferret out raw DAC differences between Nagra, COS and Denafrips. Finishing up the Nagra DAC, I'd slipped in our matching Classic Preamp. That squared up my Nagra meds and properly activated the preamp stage which the COS treats rather passively. Since its arrival, I'd not listened here without the Vinnie Rossi. Its potent sonic action had instantly rebooted my aural standards, thus deleted lower earlier expectations. How quickly champagne becomes the new sparkling water. Drinking the latter again by using the D1 direct to amp became a crass reminder on just how much our sonics implode without our boutique direct-coupled big power triodes. Substituting them with Nagra's small triodes had restored materialism and some spaciousness yet far from rebuilt the whole picture. How the MZ3 went beyond the Nagra we already know from my upstairs trials. Associating now with costlier mates in the downstairs system, it was being compared directly to the L2. And that confirmed how indeed it sits halfway between Nagra and Vinnie Rossi. At 25% of either their ask. Bloody hell!

Fairness demands that I also mentioned what of the L2's disciplines the LTA's 12SX7 couldn't equal. Those included the same speed, maximal treble lucidity, dynamic startle factor and simultaneous lightness of being. It's also what the Elrog 'super' 45 have over a pair of Western Electric 300B. The last YouTube clip stood in for my Silence album by marimba sensation Christoper Sietzen. By contrast, the darker heavier MZ3 toned down the dynamic violence of his mallet-pounded tone woods, the lazier harmonic sprays of the lingering vibraphone. Equivalent reductions factored on Vicente Amigo's incendiary flamenco guitar. The LTA wasn't as fast, twitchy, spatially generous or billowy easy.

Equal fairness again acknowledges how the MZ3 improved upon the far costlier Nagra with stronger tubular action on tone colors, density, fleshiness and textural gloss. Nagra's negative feedback and transistor buffer did things drier, smaller and less gushing. By implication, I'll also say that the Z10 I wrote up previously went deeper into the kind of quicksilvery fleetness and frisson which Rethm's Jacob George calls 'breath of life'. The MZ3 was a slightly different take on tube sound. I peg it as heavier, a bit darker and more voluptuous yet simultaneously very quiet to maintain high resolution. 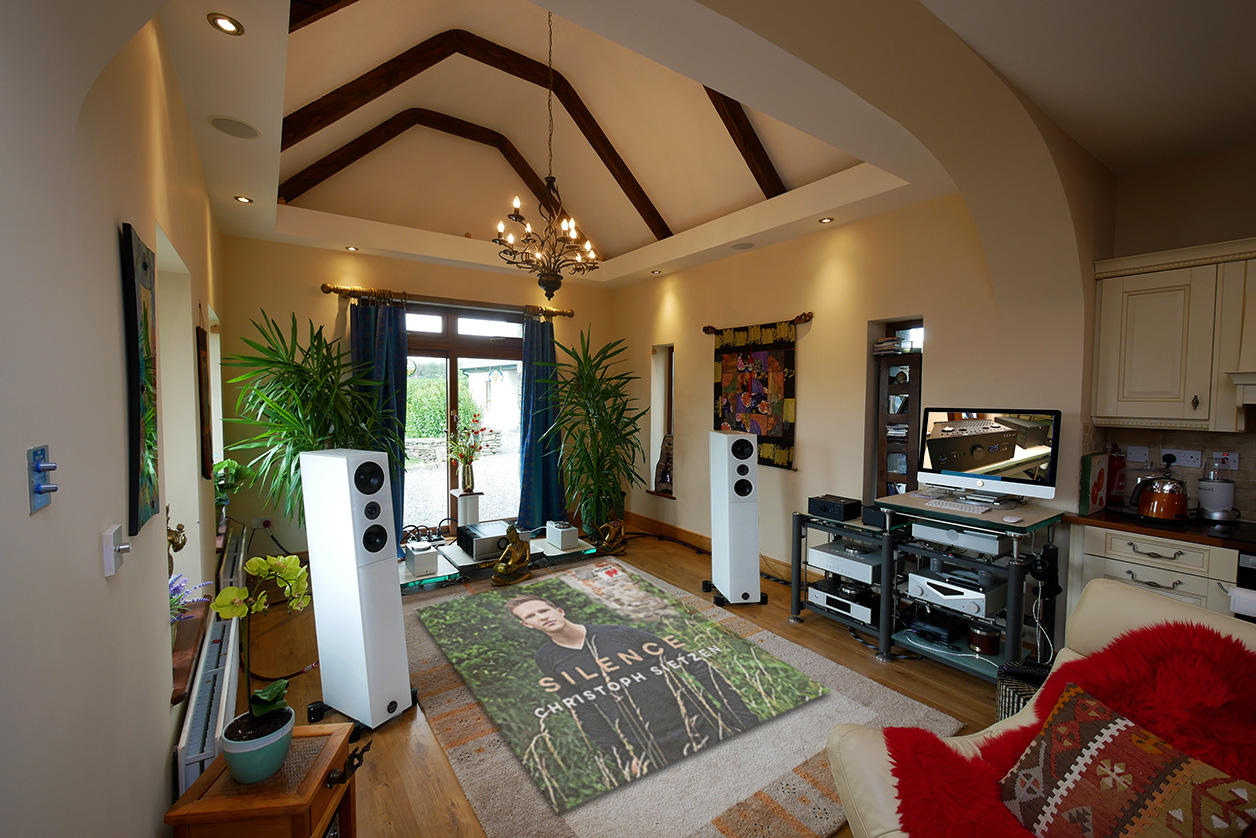 Returning to our opening gambit, we ask ourselves once more whether our current setup might just be a bit too… stark or sober? What if soundstage layering could improve and with it, the audibility of recorded space? What if textures could render less rigid and more fluid? What if the color palette pursued some rays to get just a bit more burnished? It's why pale white people suntan too; to look and feel healthier. If that describes your current system, Linear Tube Audio's MZ3 really is a fab problem solver for a very fair price. It's got all the mod cons of a year 2020 preamplifier. It also makes one terrific headfi amplifier for HifiMan's Susvara and other fast earspeakers which hope for just a bit of gravitational and textural influence.

Berning and LTA have penned another top 10 hit.

Can I have some more? Play it again, Sam!